Beautiful and Bad: An in-depth interview with model, actress, and horror icon, Jennifer Rubin, discussing her journey from Vogue to Elm Street…and beyond.

Editor’s Note: Our writer, Billy Stamper, had the pleasure to sit down with a horror icon, the lovely Jennifer Rubin. She’s a former Elm Street teen and a franchise favorite, playing Taryn from “A Nightmare on Elm Street 3: Dream Warriors”. She was also amazing in “The Fear Inside” and “The Crush”. Billy chats with Jennifer about her successful acting, modeling and writing career. 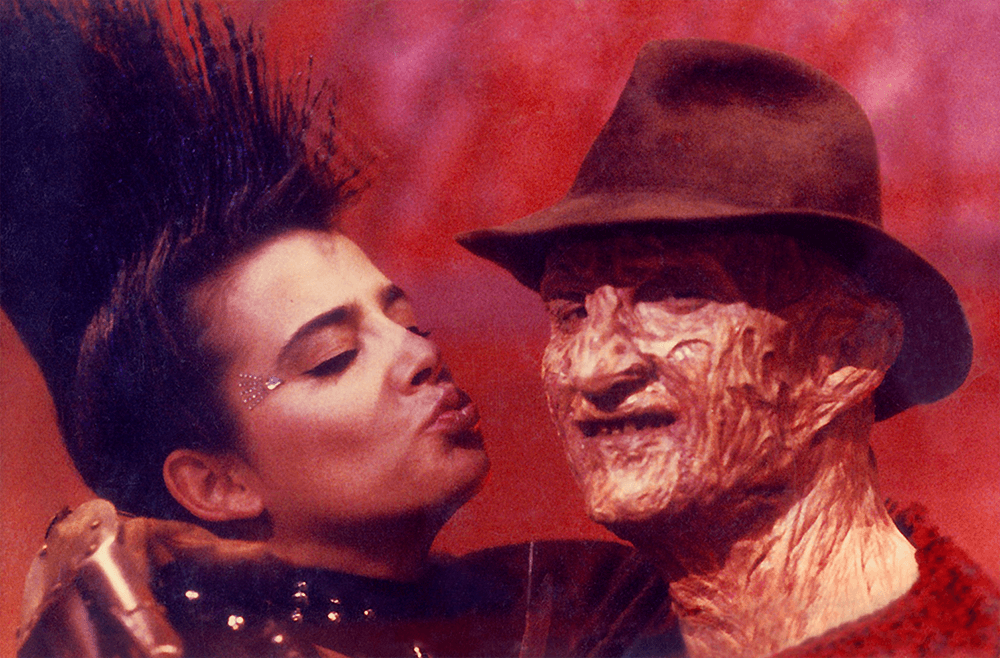 Billy Stamper: Hello, Jennifer! Thanks so much for chatting with me. The Crush is one of my all time favorite movies, so talking to you right now is the most exciting thing. I want to start off by asking if acting was always something  you wanted to do.

Jennifer Rubin: I started out as a model, so modeling was something that I wanted to do. My mother really liked Vogue magazine, Harper’s Bazaar. A lot of women from her generation were really excited about magazines at the time, so that was my real thrill. I started out as a model, which lead to me winning International Model of the Year in ’84. Then I went to get into all those magazines that I loved so much. After about 2 or 3 years, I was kind of concerned it wouldn’t last. So I made the jump to acting, because I felt that was the long term way to go.

BS: What was your first acting role? 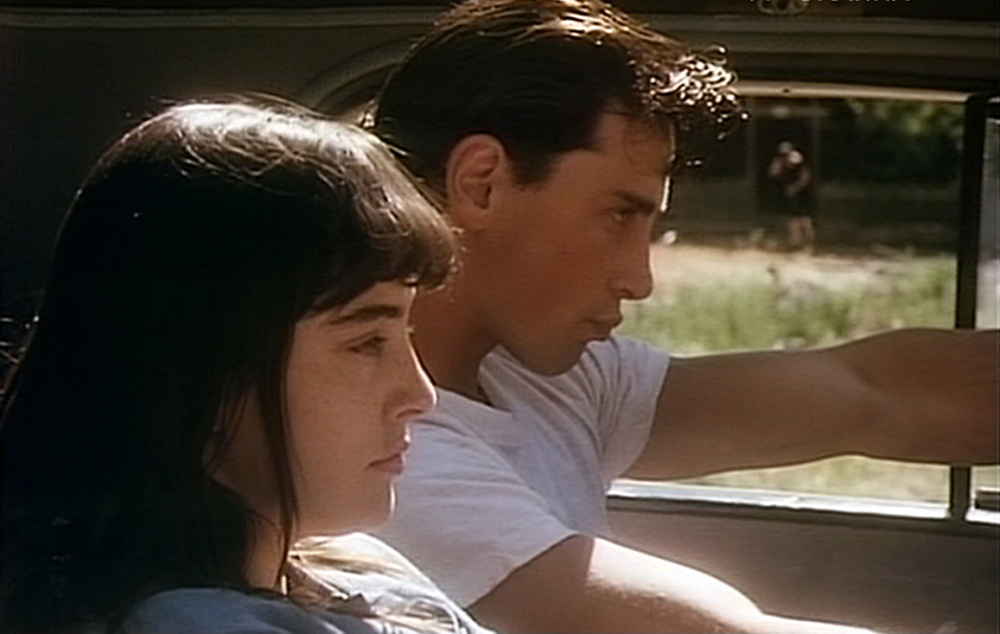 JR: I did a lead in a movie called Blueberry Hill with Matt Lattanzi, who was married to Olivia Newton John at the time, Margaret Avery, and Carrie Snodgress, who use to be married to Neil Young. It was a really cool cast. After that, I landed A Nightmare on Elm Street 3.

BS: Was it a difficult transition from modeling to acting?

JR: No it wasn’t because I was in Los Angeles, and I was like the “IT” girl as far as the magazines would go. I was the Cherokee Girl. I had billboards all over this town. I was in every magazine. You couldn’t open up a magazine without me being in it. I got lucky and got into acting before the “model turn actress” stigma really came about — when people didn’t want to give models credit for also being able to act. But I slipped by that and didn’t have trouble making the transition. 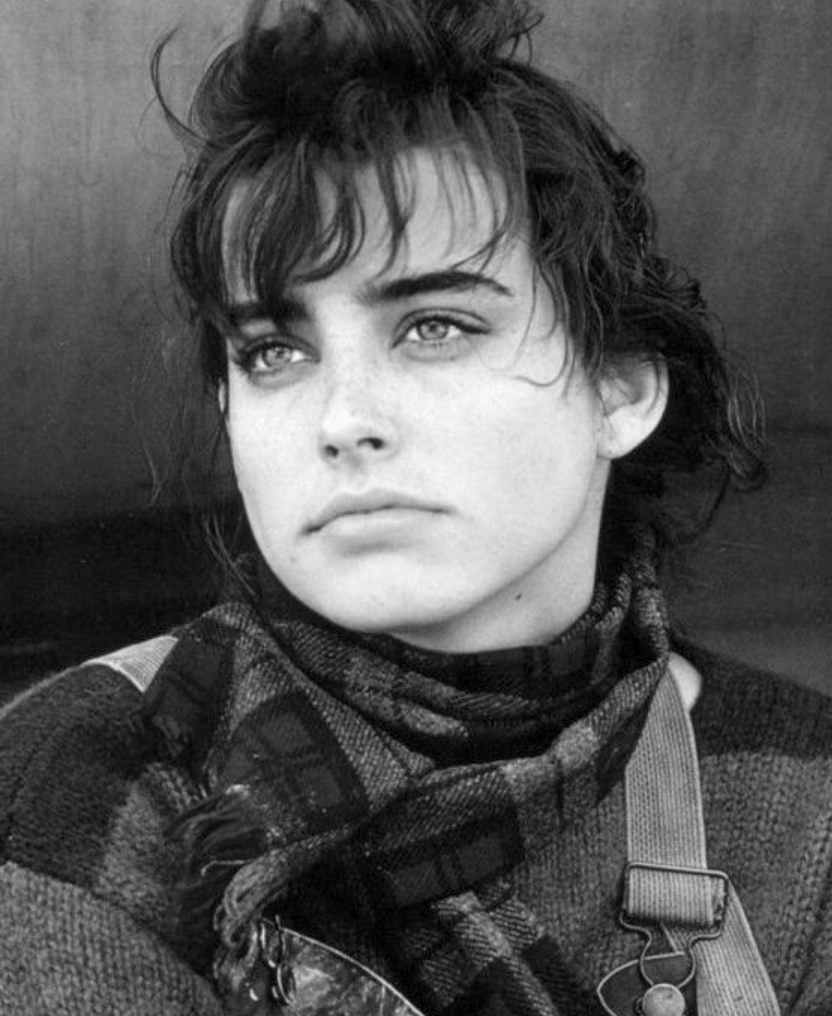 BS: Were you a fan of the Elm Street franchise before landing the role of Taryn?

JR: Not really. I hadn’t seen the films. I think all I knew was that Johnny Depp had done the first film. I thought, if it was good enough for him, it should be good enough for me!

BS: What was it like working on a horror movie for the first time, let alone such a highly anticipated one?

JR: Back in that day, horror films kind of had a stigma to them. But at the same time I could tell I was part of something special — which I was obviously right about since you’re here interviewing me 30 years later! This was the last film before CGI. There were great writers on it, Frank Darabont and Chuck Russell. Frank did The Green Mile, and he’s an Oscar-caliber person. Then there was Chuck Russell’s sense of humor…it was amazing. 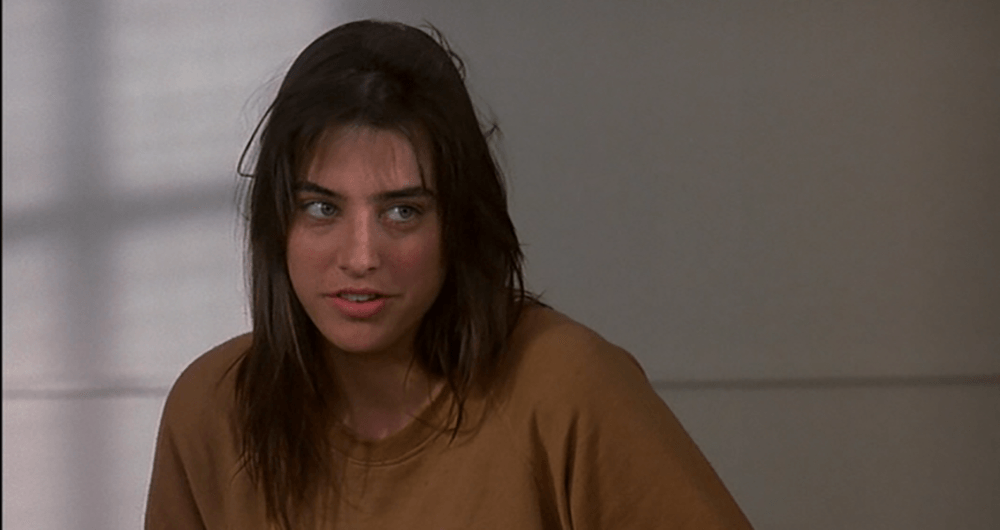 I got lucky being a part of a horror sequel that was both intelligent and funny. By the third film, Freddy Krueger really found his humor, and everything worked out perfectly. Still, the horror fascination didn’t seem as big back then as it is now. Right now, the movie is 100 times more popular than it ever was when it first came out. Nobody was really saying, “Oh, wow!” until afterwards…until the box office money came in. So, you know, you kind of want to be on that cutting edge in a way.

BS: You got to be a part of making film history. 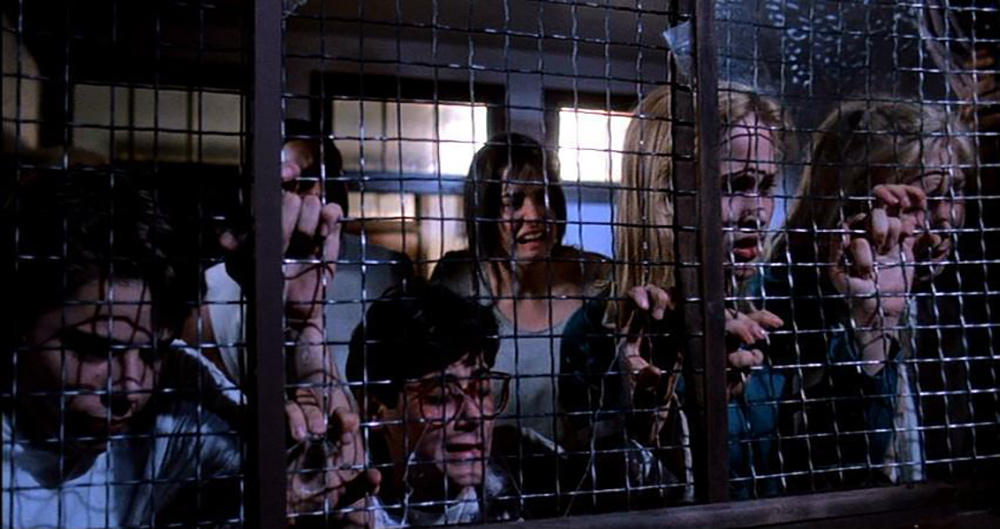 BS: I must say that Dream Warriors was one of my favorites out of the series. What was it like working with Freddy Kruger’s first Elm Street kid and fellow women in horror icon, Heather Langenkamp?

JR: Well wonderful, exciting and perplexing in a way…because she was in the first A Nightmare On Elm Street. Chuck was bringing her back in the third one. I don’t know if she wanted to do it at first, but there was a strong relationship between Chuck, Wes and her. You knew she had high standards for the material, high standards for what she would and wouldn’t do. It took a lot of hard work to get the three of them on board. So I knew it was something to take seriously.

BS: How did the hairstylist get your hair into that big Mohawk in the movie…and how did you manage to make the knives move around your fingers so fast? 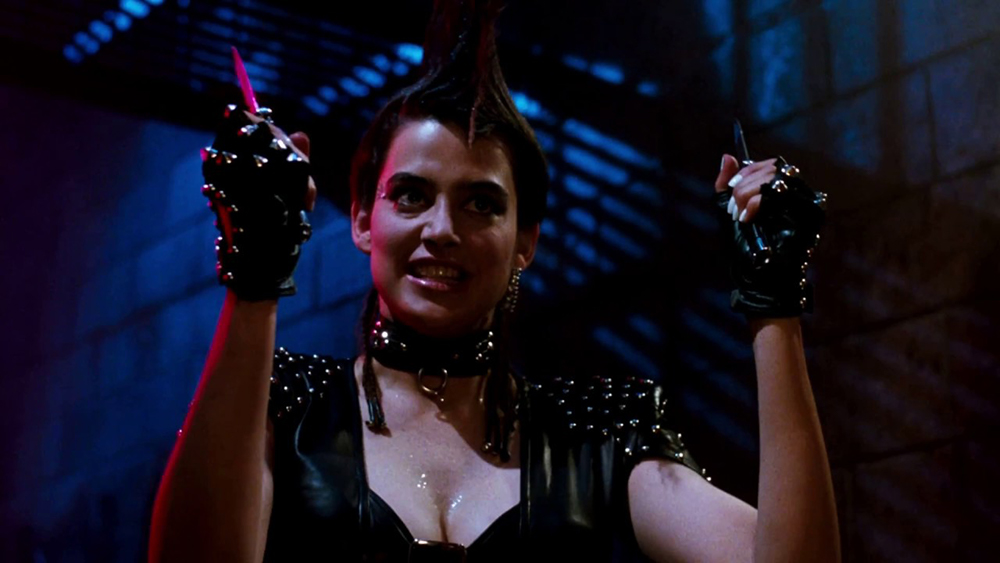 JR: The blades…well, you know how at the magic store they have the shock buzzers that you put around your finger? Well, they had one of those, but with ball bearings instead. So the knives stayed there. But I had to learn how to make them go circular. It was jimmy rigged, rigged gloves. The hair was my idea. I was walking to the set to talk to Chuck, and somebody was reading “TIME” magazine. There was a Mohawk in the magazine, and I thought that would be great. I had my costume on, but I had my hair down. So I thought, well everything must go up. When I wasn’t in the dream, everything was down, but when I was in the dream — hair up, knives on, all that stuff. So that’s how that came to be…that was my idea! Yippee!

BS: That worked out perfectly, because I honestly couldn’t picture your character Taryn any other way. Switching gears, I would love to hear about your role as Crazy Jane Casewell from The Fear Inside. 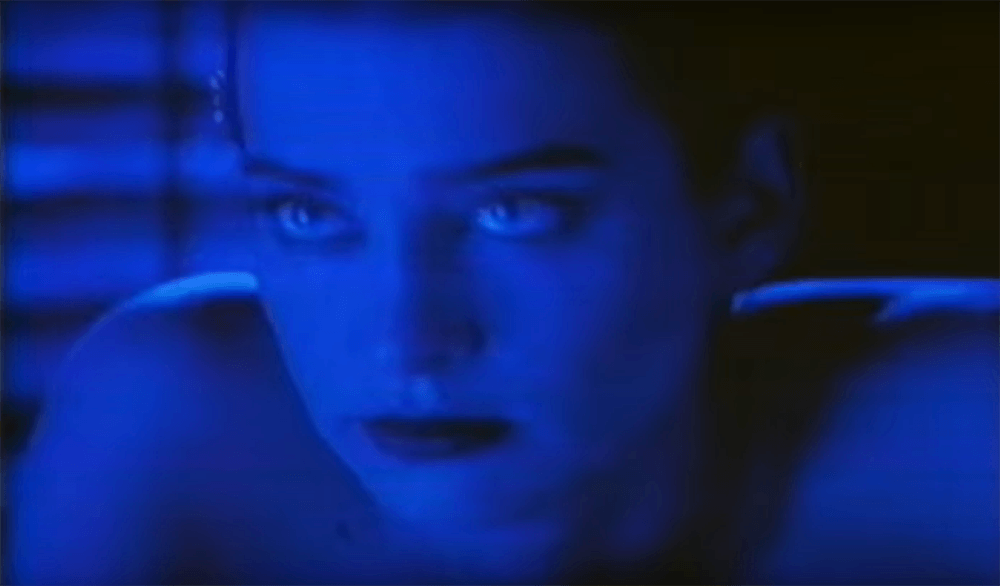 JR: (Laughs) Well, The Fear Inside, some people say is my best movie…and I have to agree. The director was Leon Ischaso, who was a wonderful person to work with, the best director to work with. He really pushed me to do some great acting. When people talk to me, they always bring up The Fear Inside, and it was really cool — a great experience and one of the few times I worked well with a director.

BS: What was your favorite memory of that film?

JR: Working with Leon was my favorite thing. He was a big Italian. Sometimes Italians do Americano the best. He was just one of those passionate, articulate directors. He was a real artist, not like some of those 1980’s directors there just to make money. He was really encouraging and had a great sense of humor. I loved all of it. I loved working with Christina Lahti and Dylan McDerrmott. 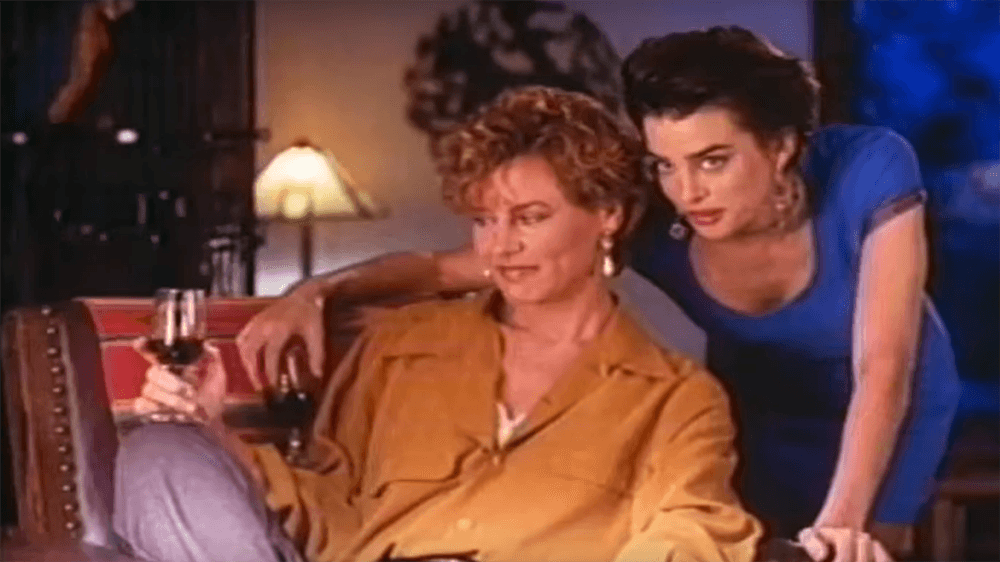 BS: Was it difficult to get into that state of mind of crazy for that role?

JR: No, no, because even when you’re playing crazy, you don’t think of it. I think when I kissed that little boy from American Pie, that little boy in the film, he was underage. He came up to me one day and said, “You were my first screen kiss.” I was just like, “Oh my gosh, that’s good he went on to be a great actor and such.” It was a weird experience, but funny.

BS: Now I would love to hear about your experiences in working in one of my favorite movies, The Crush. In the scene when you’re attacked by bees, was that CGI? 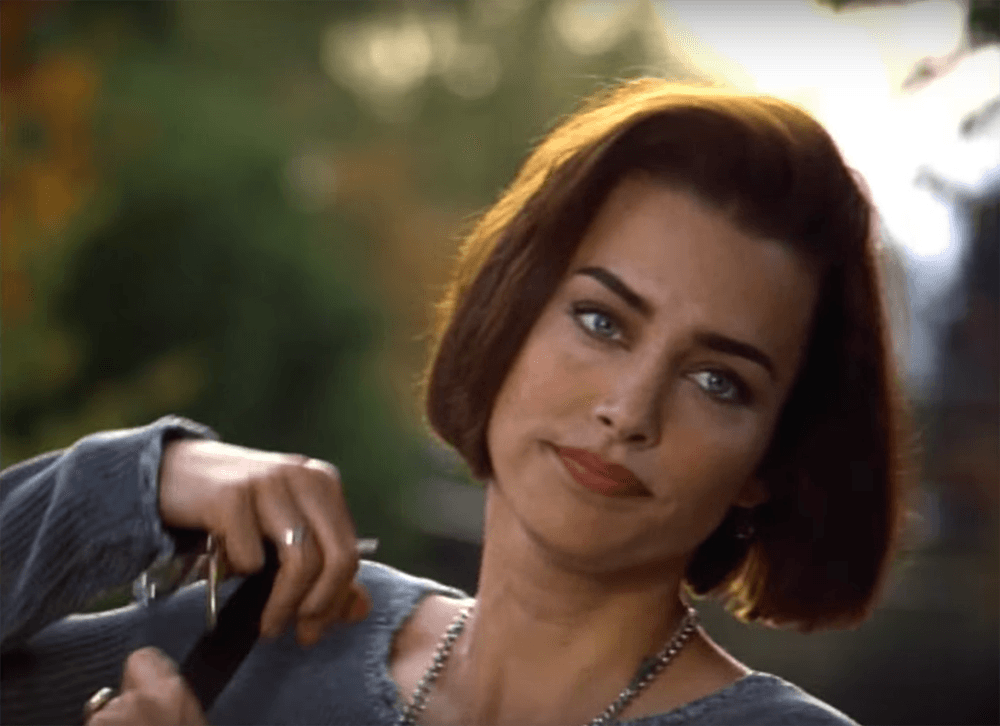 JR: That’s interesting how they did that. They import stingless bees from Africa, like 30 of them. They glued one to my leg and to my hand so they could move around a little bit. That’s how they did the close up. For all the hornets flying at me, they inverted a vacuum cleaner and they blew spray painted puffed rice cereal out of it. Isn’t that funny? It tastes like cereal in that scene (laughs)!

BS: You were so good in that film. It must have been a blast. What was your favorite memory of filming? 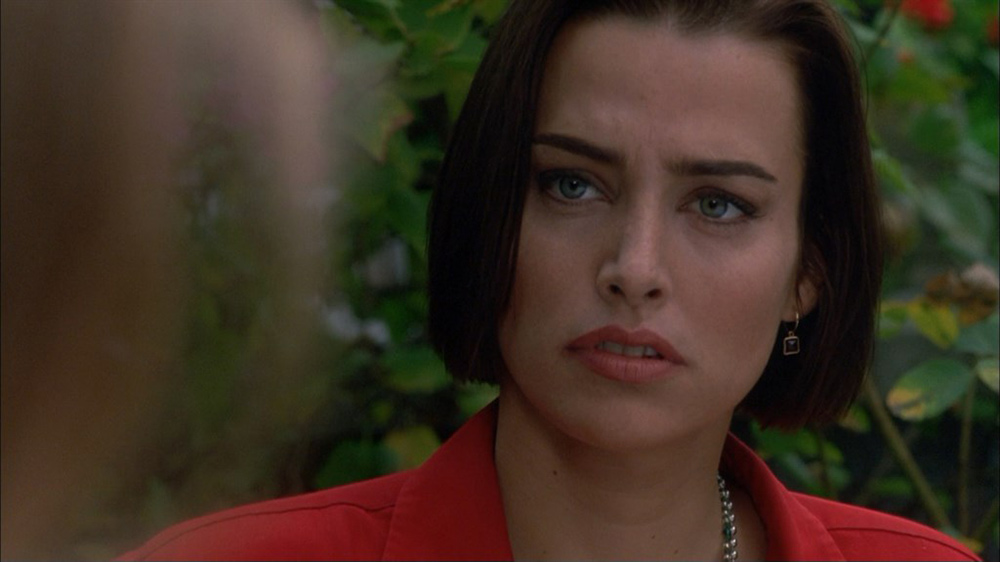 JR: My best experience was Rodney the doorman. I love door men to tell you the truth. They are just so helpful, and if you need help with anything you just ask the doorman. Where to eat or what to do, they’ll really tell you. Not the concierge desk but the door man. I remember such beautiful sightseeing up there. Whistler mountain is up there, a great place to film as well. Cary Elwes stayed in (Tommy) Chong’s House, and we went over there to have dinner one night. We looked in the bedroom drawer and found a marijuana pipe, so that was funny. He just leaves it lying around because it’s so normal for him.

BS: Besides being a talented actress, you’re a writer, too?

JR: Well, I wrote a screenplay and am looking for literary representation. I would love to make the leap from actress to writer. The writer is the most powerful, too, as to where acting is the least powerful really. So it’s going to be nice to be behind the camera. I love writing — it’s more suitable to my personality than being a charming actress. I’m a very nice person, but I think I really like writing. I didn’t necessarily always like acting, but I’ve always liked writing.

JR: I think it’s always been in me. I look at myself starting out as this model who didn’t talk at all. Then I became this actress who talked other people’s words. Now I can be a writer and hear other people say MY words. I can’t wait to see the movie come to life…it will make me feel really proud. 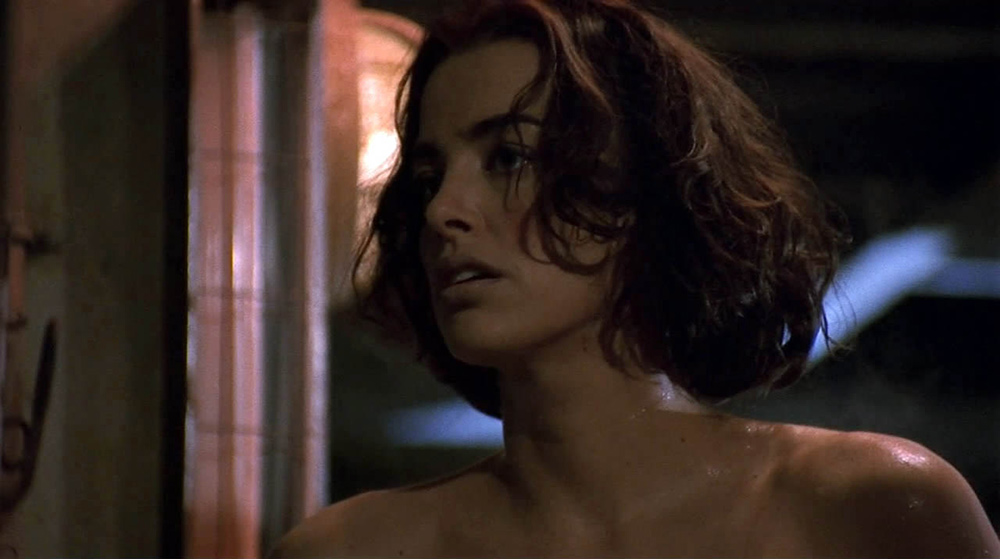 BS: You should be proud! It’s amazing accomplishing something you’ve always wanted to do.

JR: Thank you! I wasn’t sure I could do it. When you’re modeling, you kind of play a little stupid. I had to read at least 1500 scripts in order to understand how to write a movie. So thank god I read all the scripts. When I wasn’t acting, I was reading scripts. It’s great to able to put all that experience into writing a script.

BS: Well, this has been absolutely amazing — one of the greatest experiences ever. Thanks so much for doing this.

JR: Absolutely, Billy. It was fun!