Women in Horror: Lamia, Queen of the Dark

Lamia, is a 500-year-old vampire, who in her off time, loves to showcase horror classics on her show “Horror Hotel” and promote indie horror films.

Lamia, played by a talented actress, producer, and writer, is an ancient vampire who currently hosts the show, Horror Hotel. I was able to track her down one late night for a special Women in Horror spotlight interview.

1. Lamia, the name comes from mythology, a vampiric being and a link between Lilith and snakes. What attracted you to that name? Was it an aspect of the legend/mythos of her?

The idea to make the host of Horror Hotel a vampire came about because we wanted a character who would have been alive to witness the earliest days of cinema. Lamia is partial to these classic horror films and films in general due to the fact she saw the birth and growth of cinema through history.

What I personally like about Lamia’s story is that she was, at least in some Greek mythos, a woman cursed to be a monster on account of her beauty. It is a story of love, of jealousy, of tragedy. That one can be both monstrous and beautiful speaks to me because, in reality, evil and darkness aren’t seen with the eye. Later folktales often made demons, monsters and their ilk monstrous in vision, therefore, it’s easier to stomach that you can see who the monsters are. 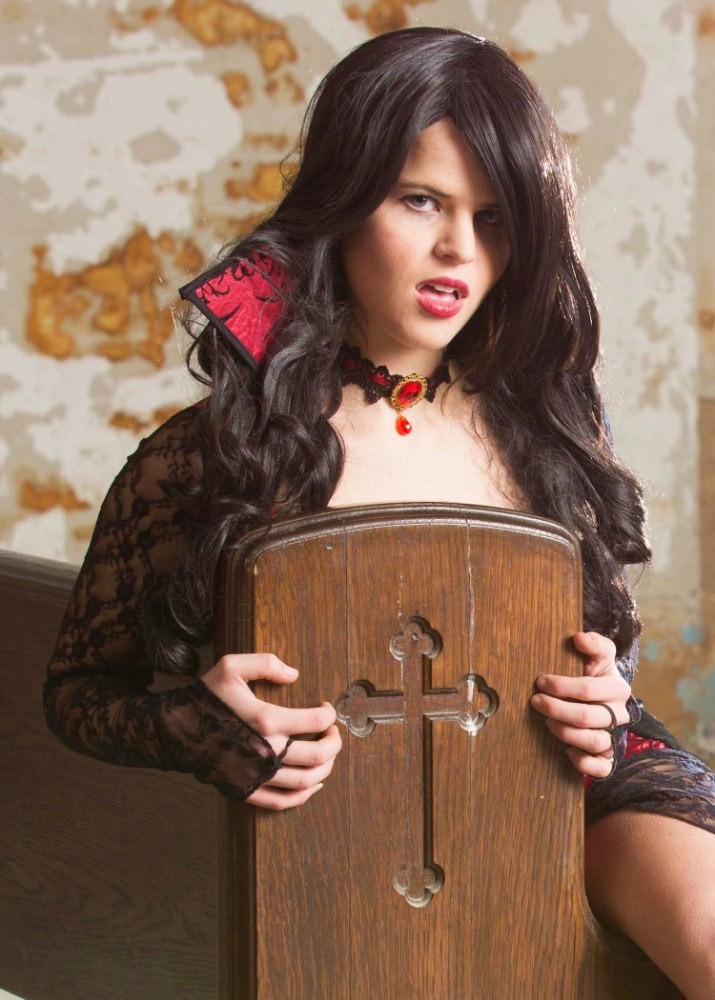 Many people nowadays have a false notion that Dracula was the first vampire, or that the first vampire was a male, when in fact the majority of cultures have the earliest “vampires” depicted as female.

Many stories call Lamia the first vampire as others did with Lilitu/Lilith. The Vampire of myth weren’t what we know them to be today (the undead who live off the blood of humans) but since that is what our culture knows as a vampire, we use the name and some ideas of Lamia of myth but a vampire’s visual characteristics.

2. You produce, write/stunt work, and acted for the majority of your life. What is your true identity? What will be your mark on the industry?

If I were to leave a permanent mark on the industry, it would be through the show and my work in hosting and producing. With the show, we try to stick to the much-loved horror host formulas, but with many differences as well. I like approaching it more from the film history side of things, which some others do as well. 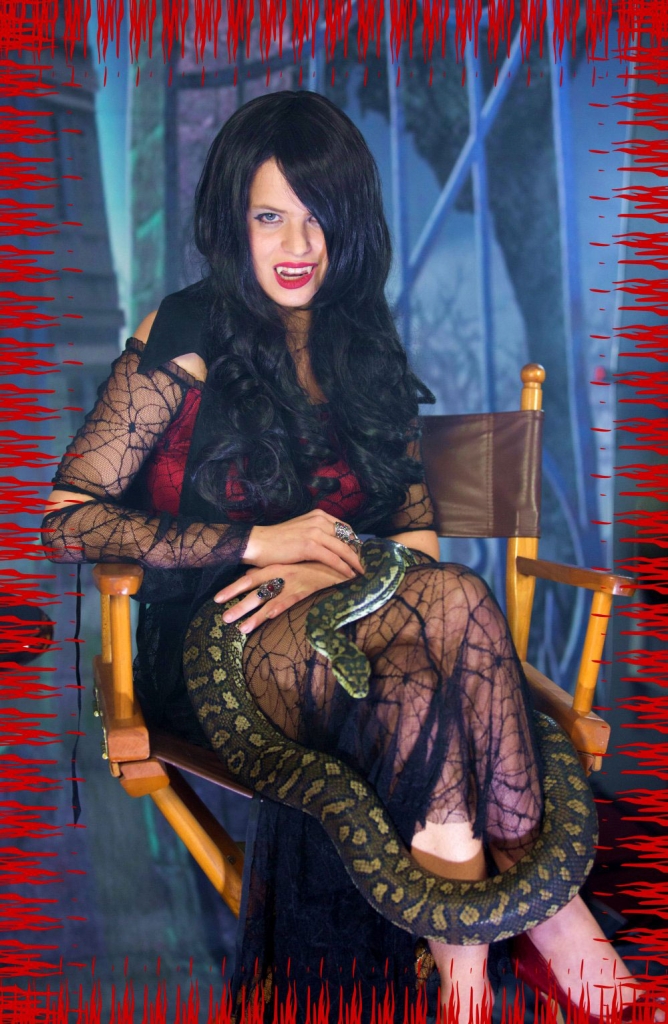 Also, in my work — with the film festivals — I work more to support others in their careers than my own. I do as much as I can to support indie filmmakers and creatives. So I’d say I produced a bigger difference or a mark in the industry through helping others than I do in my work. I will always freely give advice, and while I am no expert, I’ve been working in the film industry for over 15 years, and you can’t go that long in the business without learning a lesson or two. I like passing that on to others when I can and helping them to better their work in the process.

3. How has being a female affected you in the industry? Has it been a hindrance or advantage in the horror/ action genre, creating films and roles?

I have the benefit of basically being my own boss. I have a producing partner, and his ideas are as important as my own, but it’s much different from working for other people. The industry has made many changes in the last few years regarding balancing inequality, but it’s true that there are still women struggling in the industry because of their gender. It varies individually, but I do not see it as either a help or hindrance. I do what I do and being a woman doesn’t affect it. I am hopefully judged by the work I do and not any bias who or what I am. 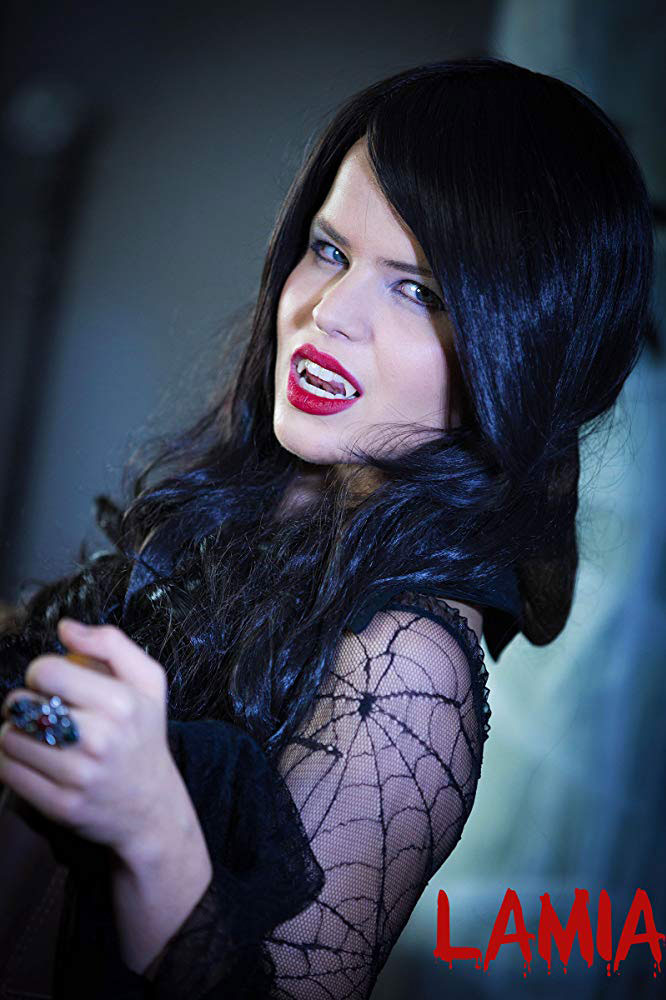 4. Now with your arsenal of talents/jobs, you also promote a few film festivals and even a tv channel. Could you explain your involvement and your goals with these projects? Are you a supernatural being to withstand these pressures on your time?

I run three film festivals with my producing partner, Ray Szuch. Ray founded The Indie Gathering International Film Festival 24 years ago, and I have been the producer of that for nine years now. Together, we started up The International Horror Hotel in 2012, which came a year before the Horror Hotel TV Show. The two are very much tied together. In 2016, we launched the United Latino, a Spanish-language film festival that runs concurrently with The Indie Gathering.

As for The Reel TV Network, that started out with a hosted show that began in 2010 called The Reel Show, which was a show all about independent film, which I produced and hosted for six years. There was an overlap for a few years where I was doing both The Reel Show and “Horror Hotel”, and we were also producing several other shows, but it reached a point where we just couldn’t run so many shows where I felt they were getting all the attention they deserved. 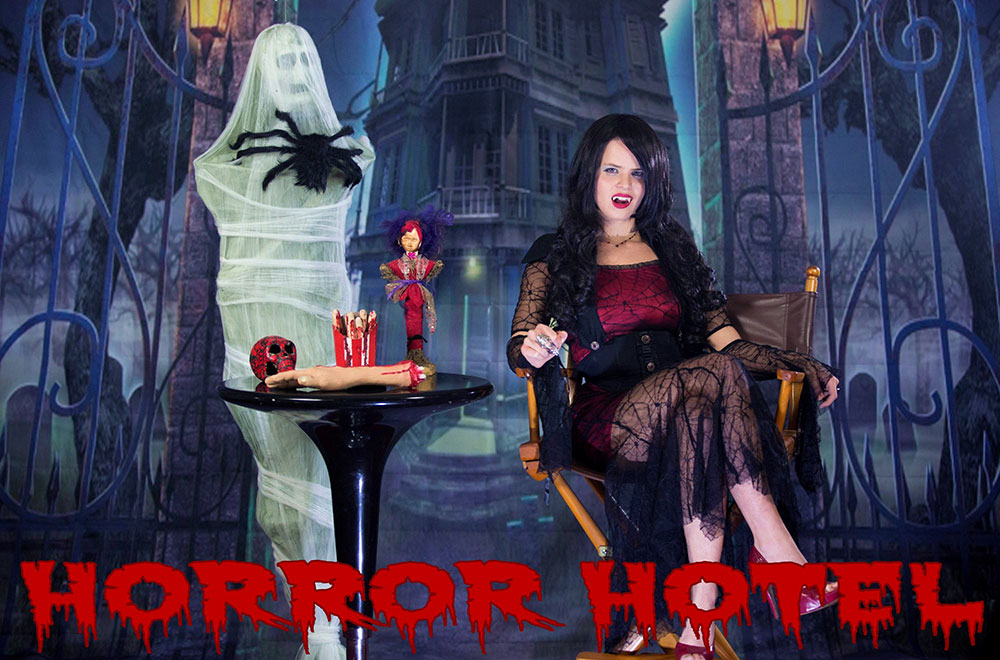 “Horror Hotel” has taken off in the last couple of years since we picked up national syndication, and we produce over 30 original episodes per year. That’s tons of work, so with the network, while we still have back episodes of many of our shows available online or on ROKU, we are only currently producing, Horror Hotel.

5. Where do you plan to take the show in the near future?

It’s definitely growing and will continue to grow. We have many new projects in the works for 2019. Our viewership is growing, so we are branching out into more merchandising, more fan involvement, and finding new additional affiliates. We are also working towards foreign distribution for the show, and we’ll soon be launching on Amazon Prime as well. So there’s always something new coming, and we have many great new projects in the works for on the show. There are also talks of a possible comic book that ties into the show, and that could happen as soon as this year. We shall see.

Thanks so much for the interview! I appreciate it and hope your readers enjoy checking out the show.