They say March comes in like a lion and goes out like a lamb. If that saying is referring to indie horror releases for the upcoming month then it’s highly accurate. March is top heavy with a number of exciting releases filling up the first week of the month. So plan accordingly and prioritize your watch list — because us genre fans have all month to spread out the indie film release onslaught as March opens with a roar.

Let’s take our monthly digital trip down the video aisle and pick out some movies! 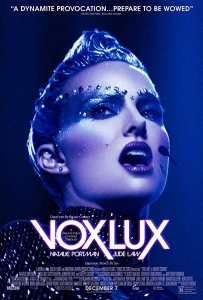 At first glance, this movie may appear to be nothing like a horror film. But upon watching this dark, musically charged gem it’s obvious that Vox Lux features a theme deeply rooted in horror from the first scene to the last. The subtle horror based current that underlies the entire story is showcased through its main character Celeste, portrayed in a heartbreaking and gritty performance by the unbelievably talented Natalie Portman. Raffey Cassidy is as equally powerful in a dual role as a young Celeste and Celeste’s daughter, and Jude Law is fantastic as well. The less you know about Vox Lux the better, just put it on and experience it. Because that’s what it is: an experience.

“An unusual set of circumstances brings unexpected success to a pop star.” 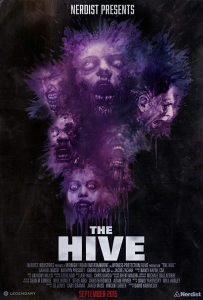 This movie came out a few years ago and seemed to have vanished. But it popped up on multiple free streaming platforms just last month! The Hive offers something to say about the world being constantly plugged in and online with a growing addiction to social media and does so in a successfully stylistic way with remarkable lighting and make up effects. The film is edited with consistent quick cuts that make for a relatively fast pace and creates a sense of urgency for the main character to fight against. The story essentially rests on the shoulders of Gabriel Basso and he does a great job here, as Gabrielle Walsh does fascinating and chilling work with her eyes and face as the doomed Jess. The Hive is a solid horror flick with sleek, eye popping visuals and strong performances and I highly recommend it.

“A young man suffering from amnesia must dig deep into the far reaches of his mind to remember who he is and save the love of his life before a virus that has infected him takes over.” 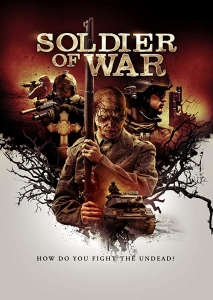 I just love B-movies that can walk the fine line between semi-serious melodrama and ridiculous horror based action. And a World War II soldier returning as a zombie to kill Nazis is seriously ridiculous! Soldier of War walks this line beautifully, and the end result is a film that’s a lot of fun. The whole cast is game, and there’s something about a British accent that can make any scenario playful yet believable. I will say Soldier of War is light on the horror (the WWII zombie soldier functions more like a mysterious killer in the community), and is more of a procedural detective story. But the script and cast manage to keep things interesting and I really enjoyed this one.

“When two young boys playing in the woods discover a military bunker they unintentionally release the ghost of World War II auxiliary soldier who mistakenly believes the Nazis have landed.” 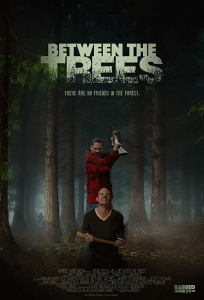 This is a bit of a shaky recommendation at best. What Between the Trees gets right is the disorientation of the forest and the eeriness of never truly knowing what goes on or lives in the vast, unknown darkness of the woods. It features a pretty cool antagonist that I wouldn’t want to come across while hiking. However, the film is also filled with soap opera-like domestic melodrama carried out by actors who try their best but can’t quite live up to the dramatic stakes they find themselves in. Between the Trees is worth the very short run time if you like backwoods horror, just beware of the somewhat mundane drama between the action.

“Steve, suffering from a collapsing marriage, invites his three closest friends on a weekend retreat to the mountains only to discover his real troubles are in the trees that surround them.” 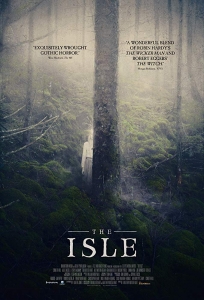 The tone of The Isle looks to be as eerie, consuming, and suffocating as the fog that surrounds it. This looks like a solid Gothic ghost story perfect for a dark, cold Winter’s night.

“A heavy storm causes a merchant ship to sink. As the three survivors row through a thick morning mist, The Isle appears before them. Through investigations, the survivors discover that every year a tragedy at sea would occur and young men from the island would perish. The myth of a ghostly siren haunting the land finds them trying to escape the clutches of the isle.” 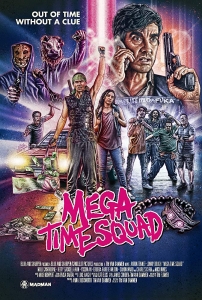 This type of movie is the reason why I love indie film so much! They create completely wacky stories fused with oddball characters that just look like a total blast, and Mega Time Squad looks to be exactly that. I can’t wait to check this one out!

“A small-town criminal finds an ancient Chinese time-travel device that can help him pull off a heist and start a new life-but he may not survive the consequences of tampering with time. Mega Time Squad combines elements of sci-fi, crime thriller and comedy to make a heist film with a time-traveling twist.” 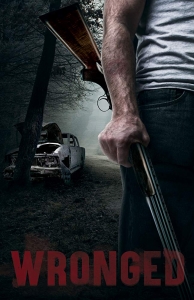 The trailer feels really tense and Wronged looks like it’ll be a solid, terror-in-the-woods thriller. There also looks to be some pretty brutal scenes involved to amp up the horror. I just love the way actress Angela Roberts Johnson says, “my first priority is getting my family back…alive.”

“David and Andrea lose their third child in a miscarriage, leaving David a shell of himself, replaced now by a self loathing and rage stricken misanthrope. The two of them along with their two children join their extended family for a remote hunting trip in an attempt to repair their broken lives. They soon find themselves in a terrifying and unforgiving situation. Now David’s family must decide if it is this new threat they must fear, or what it is David may have become in the face of it.” 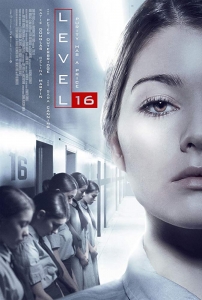 (Limited theatrical and digital release on 3/1)

I’m really digging the mysterious and atmospheric trailer for this one. Level 16 has an enticing, sci-fi thriller feel to it mixed with a unique coming of age story. If actress Katie Douglas is as good in the film as she appears in the trailer, Level 16 could be something special.

“Sixteen-year-old Vivien is trapped in The Vestalis Academy, a prison-like boarding school, keeping to herself and sticking her neck out for no one. Until she is reunited with Sophia — the former friend who betrayed her. Together the girls embark on a dangerous search to uncover the horrifying truth behind their imprisonment. Soon running for their lives, the girls must save themselves or die trying.” 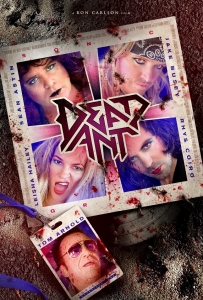 A rock n’ roll fueled road trip movie with an aging 80’s metal band who have to fight off giant ants in the desert? And it features Tom Arnold and Sean Astin? Dead Ant looks like outrageous fun, SIGN ME UP!

“When the 1989 one-hit-wonder, glam-metal band “Sonic Grave” embark on a trip to Coachella in hopes of a comeback, their peyote trip pit stop in Joshua Tree incites an unworldly viscous attack, and they must rock themselves out of harms way.” 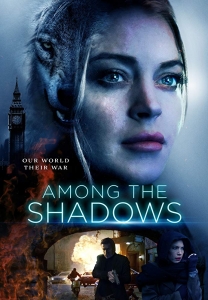 If you’re looking to at least pique my curiosity, saying Lindsay Lohan will star in a werewolf movie will do it. I love the trailer pushing the big, epic feel combined with a manufactured, glossy B-movie look. This could be fun…

“A private investigator must unravel the murder of her uncle while keeping the secret that she is a descendant from a line of werewolves.” 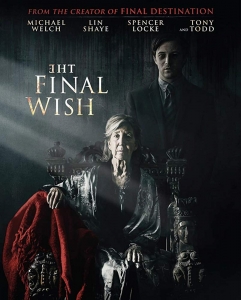 We get Lin Shaye and Tony Todd in the same film, and despite some corny, typical horror trailer moments (can we please stop with the skipping scream thing?), The Final Wish looks dark, heavy, and intriguing enough to warrant a watch.

“After the death of his father, Aaron returns home to help his grief-stricken mother and to confront his past. Going through his dad’s belongings, he comes across a mysterious item that is more than it seems.”