The final girl who refused to be a victim…

Sidney Prescott is a symbol of strength.

Most people that have had the same life experiences as her don’t come out the other end. When we are introduced to this character, we can already see the “victim” that she started out as. Losing a parent is tough on anyone. Although I haven’t experienced that personally, I can only imagine the trauma it does to one’s soul in adolescence.

As her classmates start dropping one by one, it’s only a matter of time until she’s next. When Sidney discovers that she is a target, she does everything in her power to survive. She is smart and she is a fighter, something horror victims are usually lacking.

When fighting off Ghostface, it is instinct over logic that helps her. It’s little things like blocking the bedroom door with the closet door so he can’t enter her room that set her apart from other final girls. I mean, in a situation like that, how many of us would remember such a small thing that separates us from life or death?

Pre-marital sex in horror films is a big no-no. It’s usually punishable by death in slasher flicks. Not in Sidney Prescott’s case though. We think from the very beginning that she is the cliché good girl, but she soon breaks that mold. Sidney proved you didn’t need to follow the “good girl rule book” to survive. It wasn’t about being virginal. It was about being smart, resourceful and a fighter.

Losing your virginity is a big step for every girl. Sidney makes an important choice to give her virginity to the boy she’s in love with and the film (refreshingly) doesn’t judge her for that. Unfortunately for Sidney, however, the boy of her dreams turned out to be the man of her nightmares.

Who’s there to save Sidney when her boyfriend turns out to be a killer? She saves herself. Miss Prescott is a very independent young woman who shows the world that she isn’t a damsel in distress. She doesn’t need looking after or rescuing. She sets an example to women who think they need a man to take care of them. Even in Scream 2, boyfriend Derek couldn’t be her knight in shining armor. So she became her own hero.

Why should Sidney be a role model to all women? By the end of Scream 4, Sidney has fought off a total of seven people who chose to don the infamous Ghostface mask. After years of torment she was still able to stand strong and know that she’s not a victim. 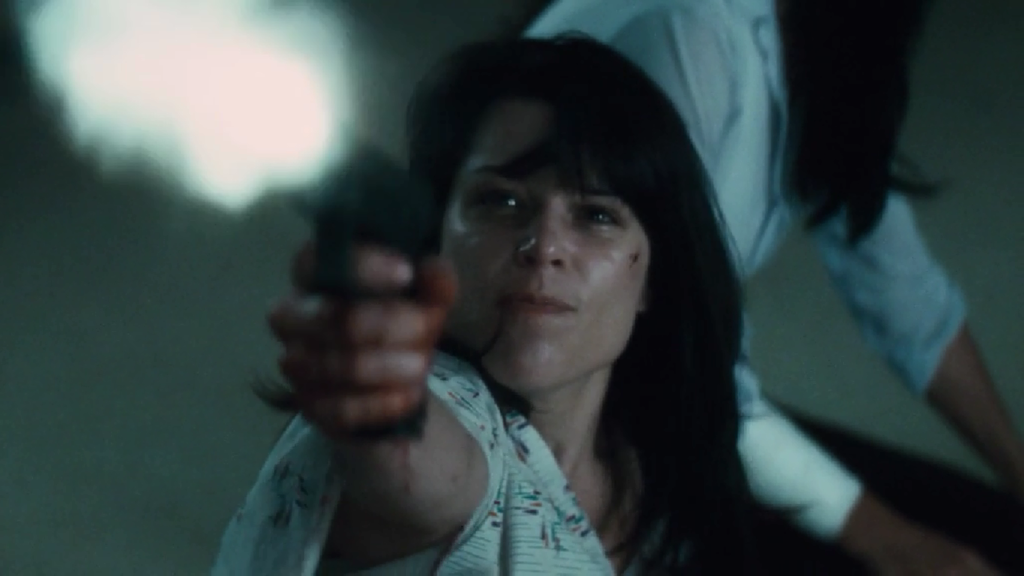 She’s a survivor. She has taught us about strength, resilience and hope. Sidney Prescott is the ultimate “Final Girl.”

Written by ZomBexie, a binge watching horror fanatic who likes to give her opinion on the world of horror. Check ZomBexie out for reviews on films across the whole genre.