It’s hard to overstate the influence of the iconic 90s horror comedy “Scream” on the genre, and seeing it on the big screen just reinforced its genius. 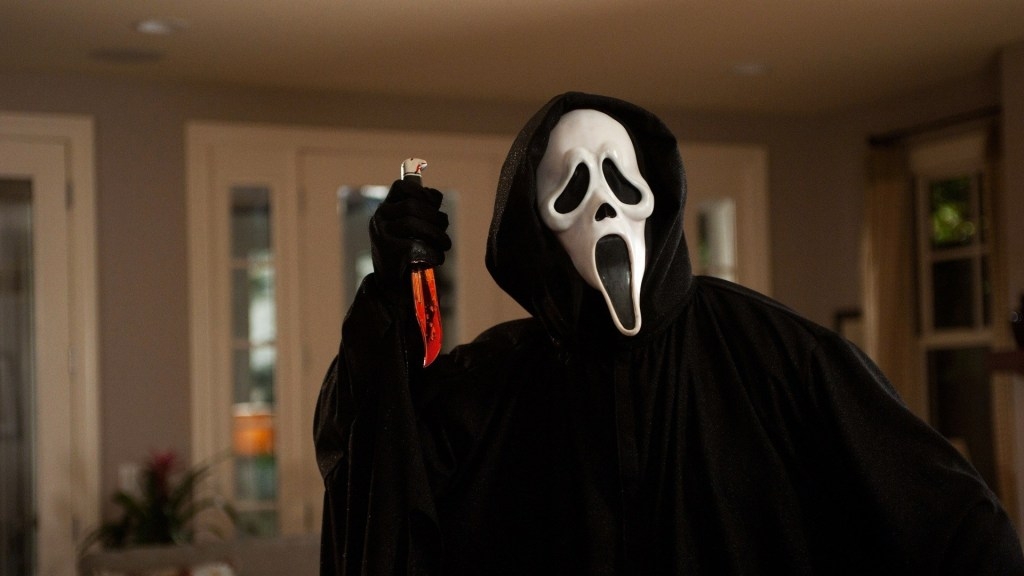 The late legendary horror director Wes Craven is directly responsible for unleashing some of pop cultures most iconic characters and films over the years. He’s known for supplying society with unprecedented excitement and constant fear — a career spanning close to four decades. 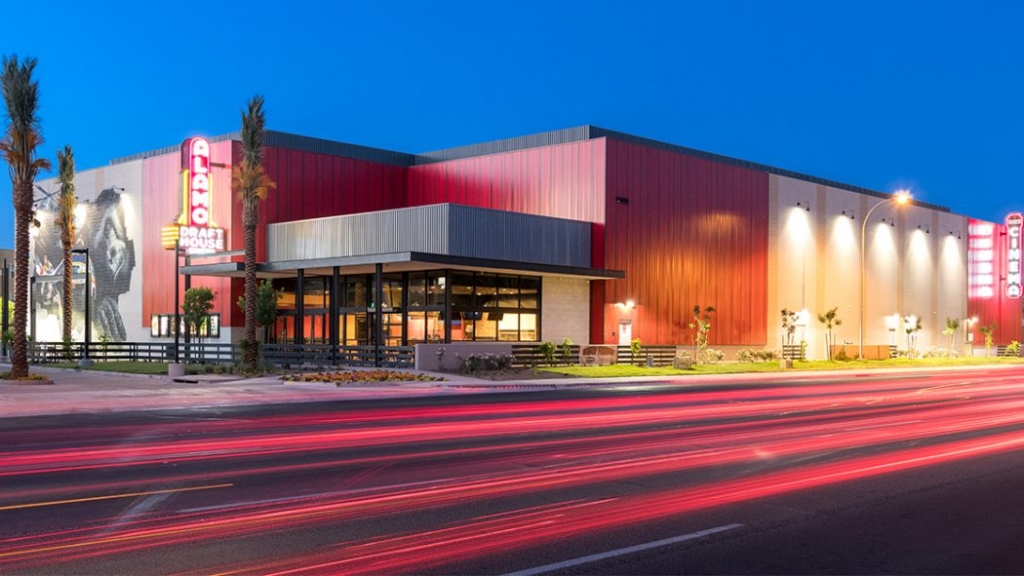 “Several more local teens are dead…bringing to an end the harrowing mystery of the mass killings that have terrified this peaceful community…like the plot of some scary movie.”

There’s nothing quite like watching the original 1996 classic on the big screen. SCREAM is arguably one of the most influential horror films of all time.

Craven’s blend of humor and horror brought yet another iconic slasher — following Freddy Krueger — and completely changed the face of the genre forever. Not to mention what can be respectably considered as the most effective, surprising and psychotic ending in all of horror.

The gore is outstanding. It was a few years ahead of its time. It was grisly and savage, and unlike anything fans had seen up to that point.

The film is a masterful mixture of excellent writing, legendary directing, top notch acting and still some of the best gore to date. The performances from the stacked, talented cast are memorable, long lasting and haunting.

Neve Campbell was perfect as the innocent heroine. She was, and still is, one of the best final girls. She played parallel to Skeet Ulrich, expertly tricking the audience until the final stages. Sydney and Billy Loomis’ relationship exudes the perfect couple. Ulrich was similarly frightening as the mysterious boyfriend, and definitely gave a scary, brilliant performance. “We all go a little mad sometimes.” 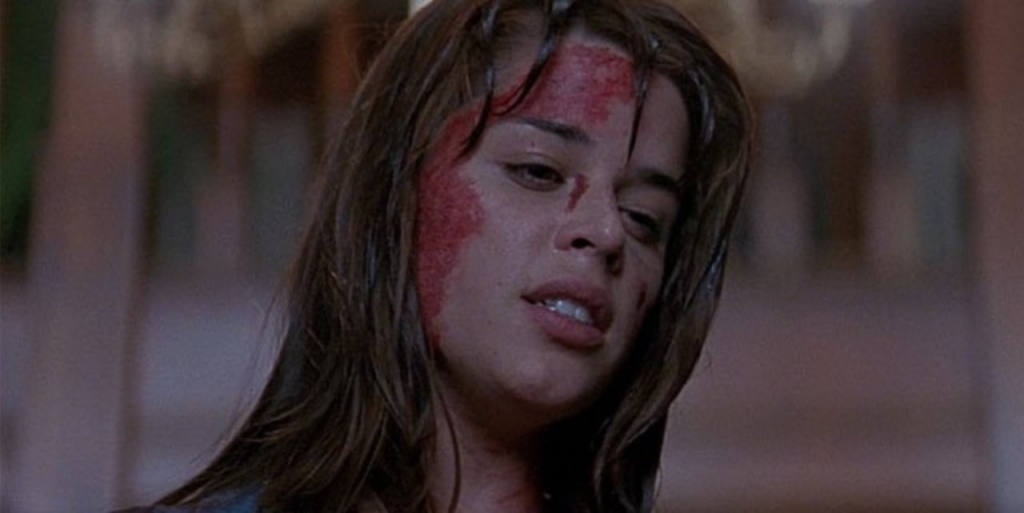 There were also stellar acting jobs from Jamie Kennedy and Rose McGowan. Kennedy was great as the pining, quirky, horror obsessed outcast, Randy. He was responsible for most of the strategically placed laughs. Rose McGowan plays the sexpot best friend and sidekick to Sydney (Campbell). Her role is very underrated and often goes unnoticed in the film.

Courtney Cox was awesome as the hardcore reporter Gail Weathers. She was fantastic in her role, starting out as a heal and ending up as a fan favorite/hero. Her counterpart, Deputy Dewey, played by David Arquette, was hilarious and a perfect goofy law enforcement officer. 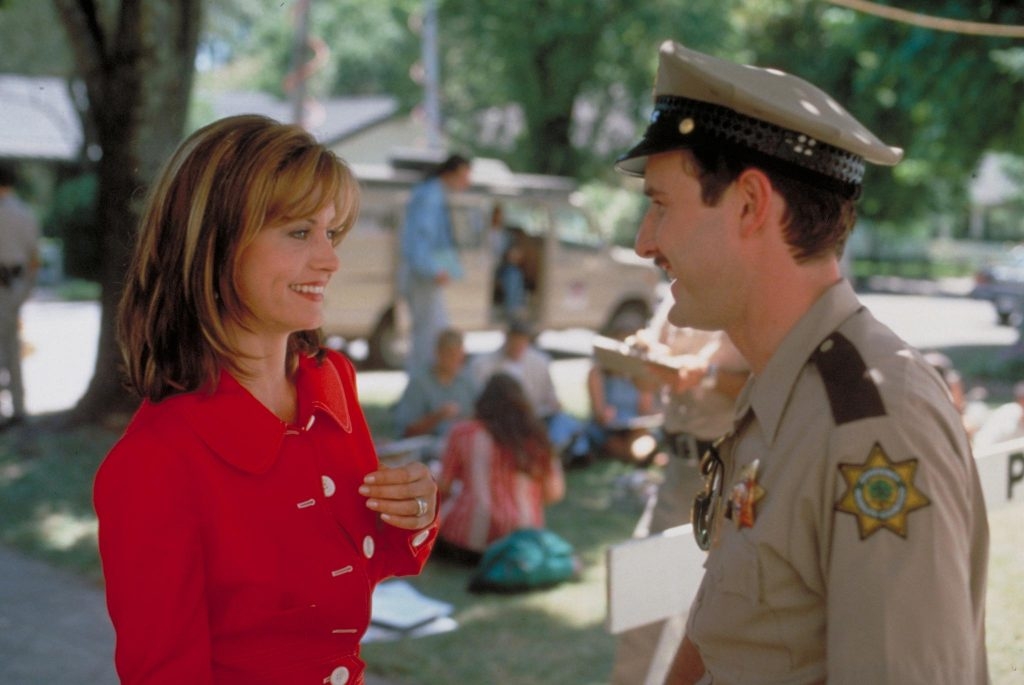 The best acting in the film though, goes to Matthew Lillard. His performance is still unmatched when it comes to villainous roles. He was exciting, scary, and the backbone of the entire film. His portrayal in SCREAM, is simply on another level. His uncontrolled descent into madness, drooling spit and all, is absolutely genius. It’s one of the top horror performances of all time.

There are so many things to love about this film, and so many reasons why it’s been so successful and beloved throughout the years. But the really cool thing about seeing SCREAM in the theater was being able to catch all the old school trailers they put with it. Trailers like the original 1980 Friday the 13th, Serpent and the Rainbow 1988, Deadly Friend 1986, Deadly Blessing 1981 and Prom Night 1980, along with clips from Student Bodies 1981 and Wacko 1982.

One of the other things I love about seeing the 1996 SCREAM in the theater was when the hosts (dressed as Cayci Becker (Barrymore) and Ghostface) performed a live, in theater chase scene, matching the opening scene of the film. Things like this engage and thrill the audience. We definitely need more in-theater antics.

If you missed out, you can always stream the film or snag a physical copy. SCREAM will remain one of the top films in the genre — and a definite game changer. It ushered horror into the new millennium and made it relevant again for the 21st century. In the words of Stu Macher (Lillard), “It’s a Scream baby!”