I return to the immersive horror escape room “Zoe” at Bally’s Las Vegas to experience the challenging, terrifying, and thrilling attraction first hand. 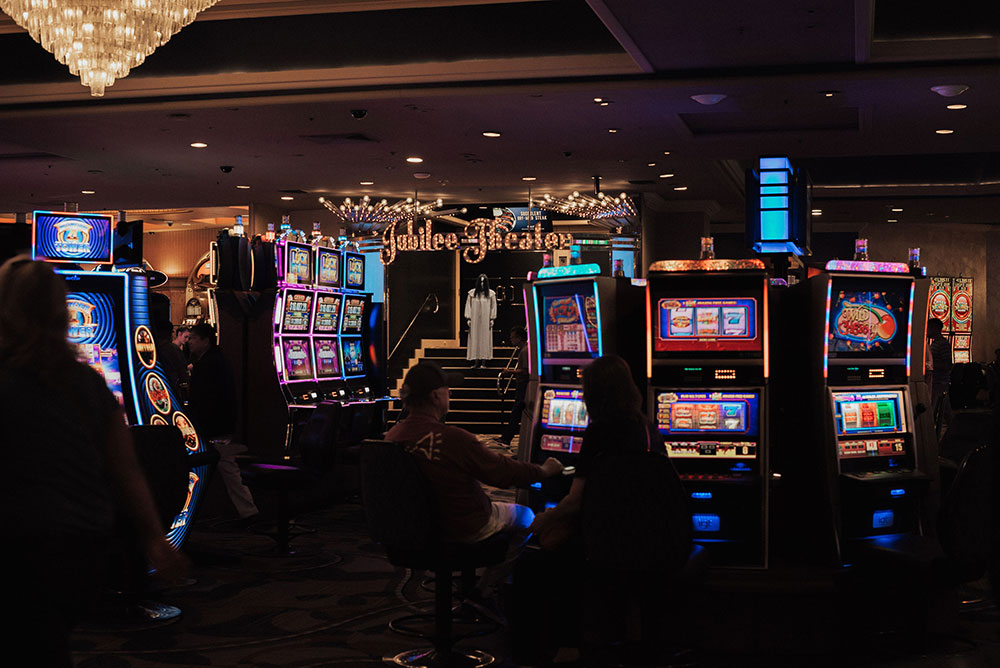 You know those times when you find yourself on the Las Vegas Strip, thinking, “Man, I could really go for some intellectual stimulation, or maybe even a good strong scare”? We’ve all been there, right? Faced with the dilemma of which one to choose, and where one might possibly scratch either itch.

Fortunately, the folks at Escaped Entertainment have recently given us an opportunity to satisfy both desires, by taking their acclaimed “Zoe” escape room from Fullerton, CA, to Bally’s Las Vegas. 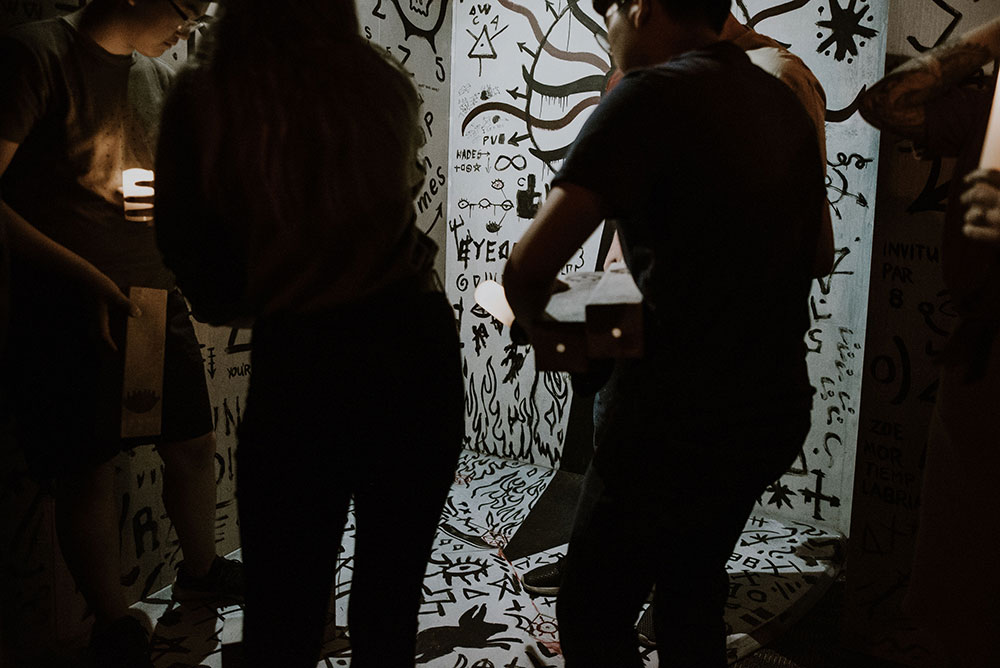 Equal parts classic escape room and tension-filled haunt, Zoe provides enough puzzles to get your mind racing, and enough scares to get your heart pounding.

The story is simple enough — a little girl with mysterious powers passes away under questionable circumstances, and you (with your team of up to six players) find yourself navigating the claustrophobic corridors of Zoe’s home. In an attempt to free her trapped spirit, you must solve a number of puzzles, all the while trying to stay one step ahead of her nemesis. 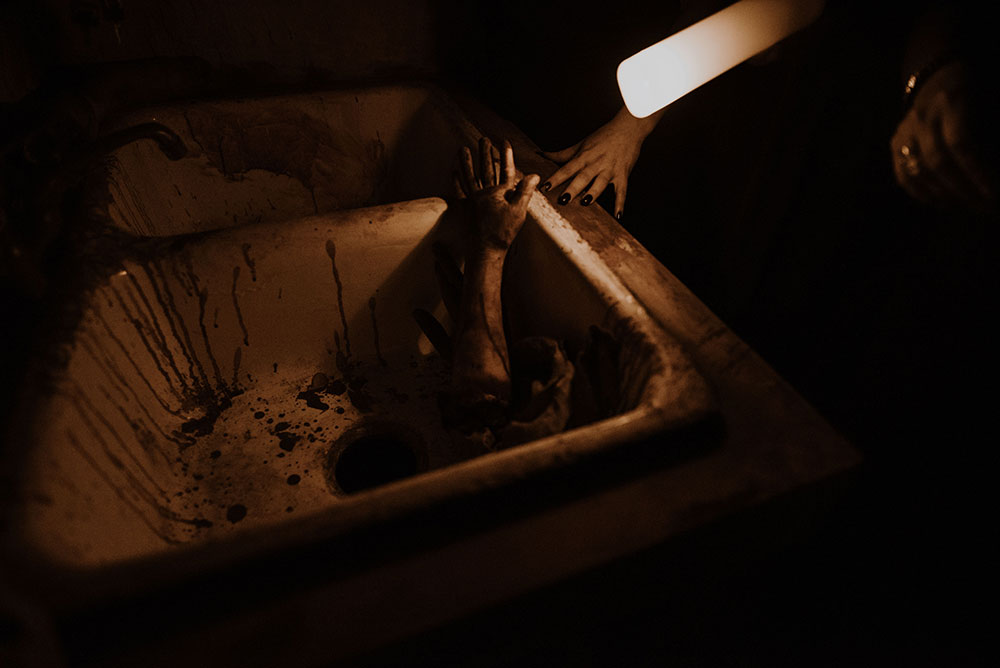 This premise seems straightforward, but the real challenge lies in keeping your fear in check long enough to figure out not only what the puzzles are, but how to solve them.

After a brief orientation and introductory video, we were ushered into the first of several rooms. Standard escape room procedure is to examine the room, sort the clues from the distractions, and use those clues to solve the puzzle. Pretty upfront concept, but the difficulty is raised significantly by the elaborate sets and oppressive atmosphere. Zoe doesn’t give you a moment to relax, with increasingly-eerie effects, and constant intrusions from a cast of characters who “motivate” you along your way. 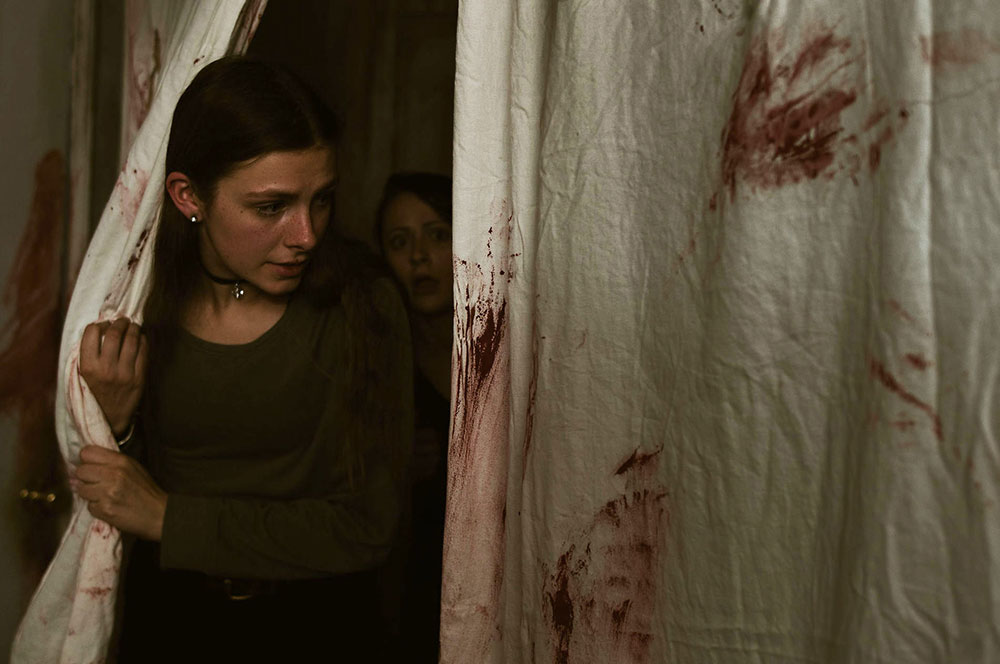 If you’re like me, and you enjoy a casual saunter through your Halloween haunted houses, examining the sets and soaking in the ambiance of a well-designed scene of carnage, you’ll find yourself sorely tempted to indulge that inclination here. The attention to detail in each room invites you to explore every nook, cranny, and blood smear. But you won’t get that luxury in this house, as our young Zoe is on a schedule.

Instead, you’ll find yourself staggering through a series of increasingly-complex puzzles staged in ever-more disturbing rooms. Zoe’s sense of urgency becomes your own, and the desire to escape becomes unavoidable.

The puzzles themselves are challenging enough. But while attempting to solve them, you’ll inevitably find yourself yelling frantically with your teammates, fervently attempting solutions until the next door finally unlocks, only to find yourself presented with yet another obstacle. 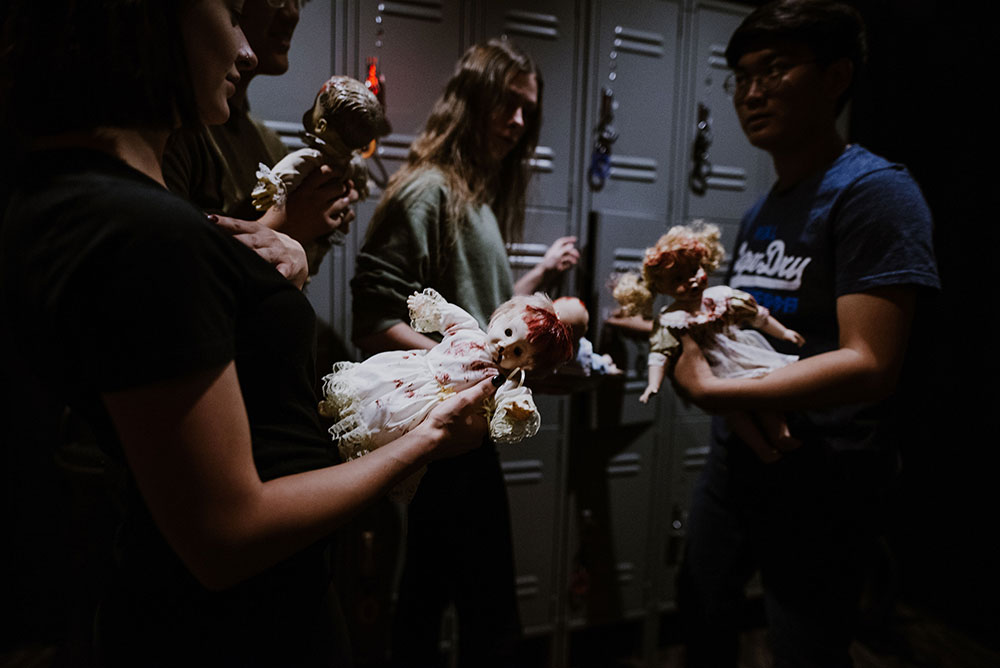 This is where the focus on production is most evident. Each set and puzzle is augmented by an ominous musical track and deeply disturbing sound effects which grow ever more intense as you progress through Zoe’s nightmarish rooms.

Zoe herself plays an unnerving role as your unseen ‘teammate’, encouraging you to constantly move faster, and at the same time relentlessly mocking your inevitable frustration. It’s this interactivity which continuously elevates your feelings of urgency to the point of near-panic, leaving you clawing frantically at any option which might allow you to escape. 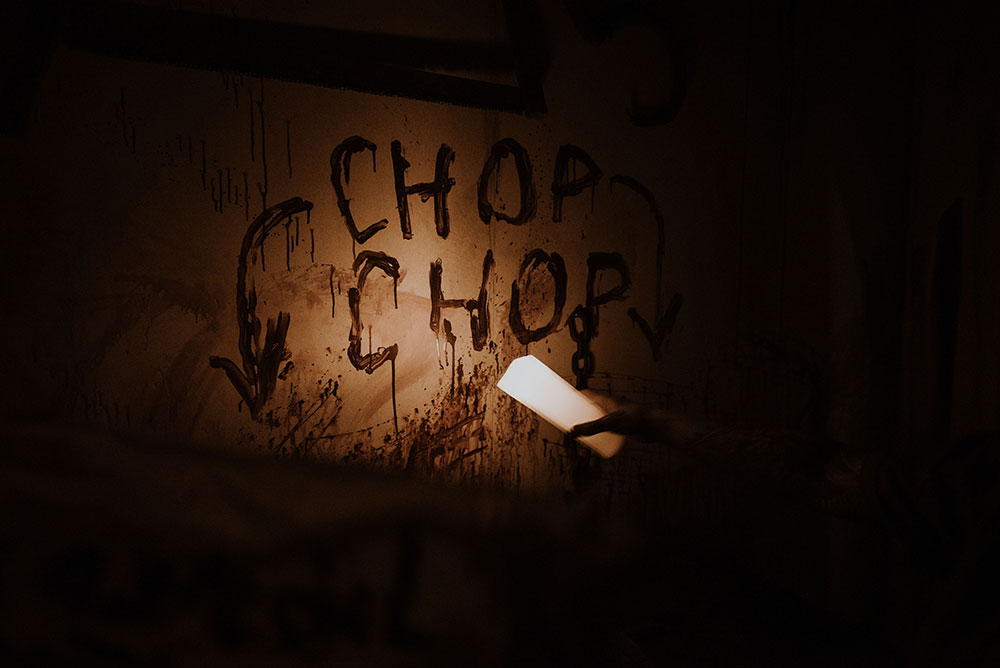 The Zoe Escape Room bills itself as “a combination escape room experience, haunted maze, and live theatrical immersive experience”. Each element taken on its own would provide a stimulating experience. The puzzles themselves are challenging, but not insurmountable. The scare aspect is respectable, with sets and performances on par with some of the better haunts.

But when these different elements are combined, that’s when the whole package shines, perfectly delivering in intensely interactive experience you won’t find anywhere else!