Although it wasn’t quite ready for opening weekend, a behind-the-scenes at look at the new “Zoe” Escape Room at Bally’s teased the terror to come. 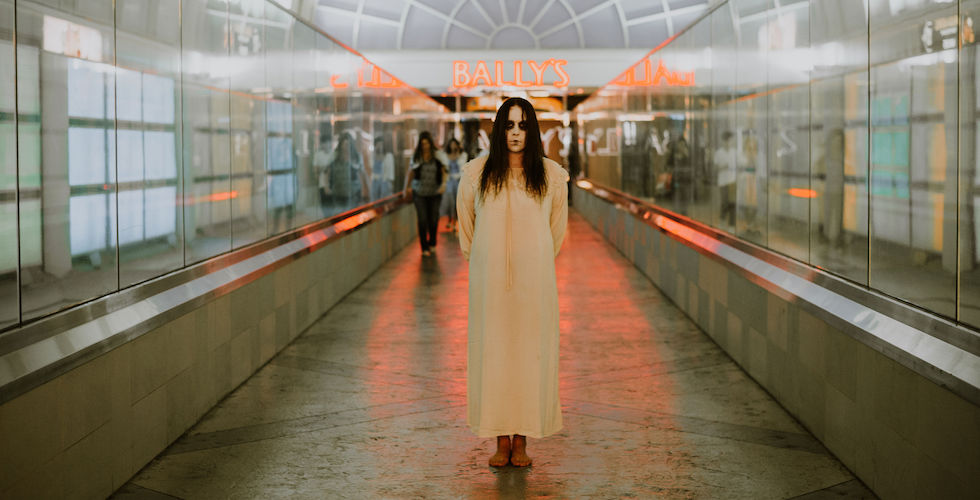 I had the opportunity to visit the Zoe Escape Room at Bally’s Las Vegas last weekend. My wife and I intended to run the rooms and have a pretty straightforward review of opening weekend. But, as it turns out, that simply wasn’t meant to be. After all, this IS Las Vegas — the place where fortunes and plans can change on a moment’s notice.

On the road to LV, I was called by my contact at Escapade Games who informed me that there were some technical issues, and our scheduled run-through would be postponed by a few hours. No worries, it happens. After arriving in town and touching base, I was again informed that the bugs were still being ironed out, and it might be a more enjoyable experience if we went through the following day. Again, totally understandable, as opening night production issues aren’t unheard of.

And let’s face it, there are worse situations to find yourself in than having an open Saturday night in Sin City right before Halloween! 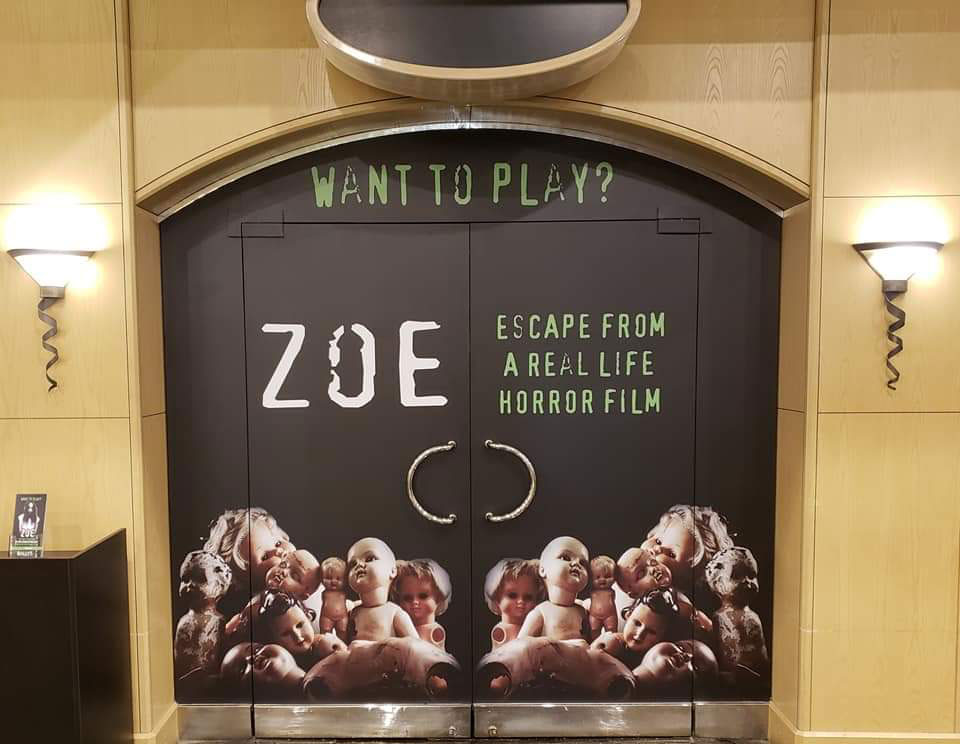 Sunday rolls around as it tends to do, and we head to Bally’s at the appointed time, meet up with the staff, and find out that they are, in fact, postponing the opening in order to chase and squash those tenaciously remaining bugs. Now, if you’ve read this far, you have my thanks, and you may be thinking this is intended to be a scathing review, full of grim mutterings of inconvenience. Nope. Not the case at all.

Upon arrival, we were greeted by some of the staff, and treated to a “behind the scenes” walkthrough of the Zoe experience. This more than made up for the rescheduling, and I’m excited to be able to share some of their insights with you here. (Don’t worry. No spoilers!)

For those who don’t recognize the name, this is an expansion location for the popular Zoe Escape Room which has been operating to stellar reviews in Fullerton, CA since 2016. So these folks know not only what they’re doing, but they know how to do it right. The concept here is much the same as their CA location: Zoe, an eight-year old girl with unidentified powers passed away under questionable circumstances, and needs your puzzle-solving acumen to solve the mystery of her passing in order for her trapped spirit to move on.

While we didn’t get to try any of the puzzles this time, it’s evident that this house doesn’t scrimp on the scares. Once inside, you find yourself ensnared in the house’s dangers and are forced to face your fears while solving the clues which could lead Zoe (and you) to safety. We did have the opportunity to unexpectedly “meet” Zoe herself. And even though this was a well-lit, behind-the-scenes visit, the young lady still left an impression we won’t soon forget!

The Vegas production is definitely impressive, and it’s obvious that they’re using their tools and space to maximum effect. Game Masters are able to observe the players and can modify the level of difficulty on the fly based on your groups’ level of ability. This ensures that casual visitors, experienced gamers, and tipsy tourists alike can fully enjoy their time in Zoe’s world.

While the site was being worked on as we went through, the sets were still sufficiently creepy enough that I can’t wait to see what they look like when they’re dressed as intended. Even among the hammering and chatter of a work zone, the sound effects being played managed to instill chills. 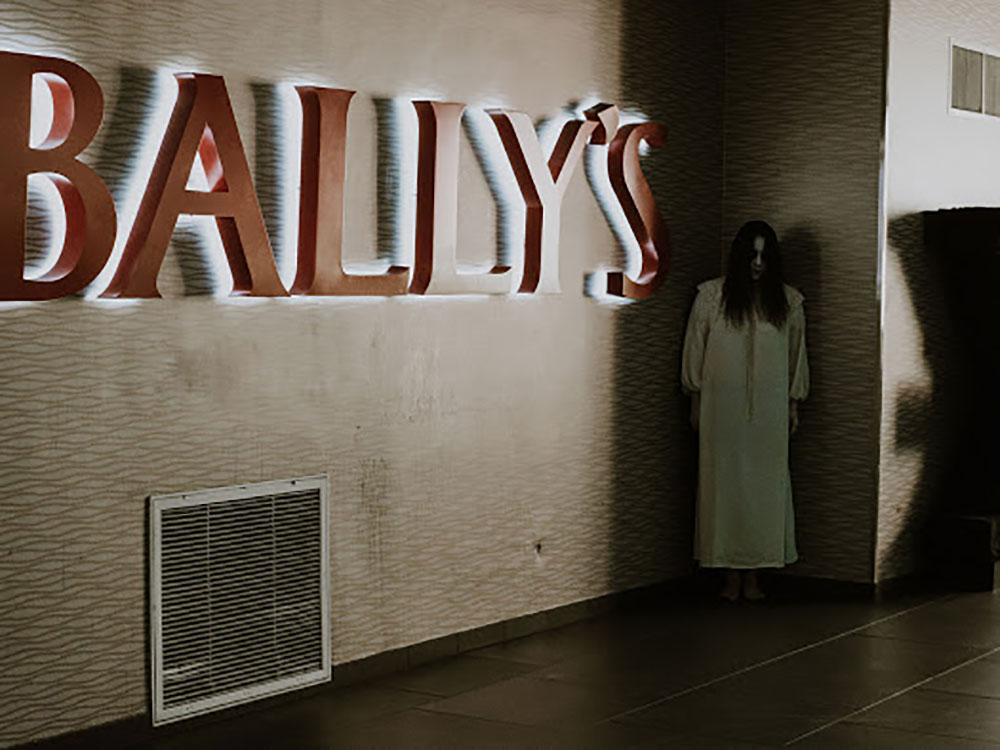 We’re intending to go back as soon as possible, and we’ll offer our impressions of the full experience then. But so far, it seems to me that they’re prepared to perfectly hit that elusive sweet spot between high-production haunt and mentally challenging puzzle room.

One last thing which I can attest to, this is a team which is passionate about delivering nothing less than the best experience possible for their guests!

(Special thanks to Yvette, Shelby, Sabrina, Jimmy, and John for the tour and info. Much appreciated!)