Historically, female characters in the horror genre have often appeared as brainless fodder for the deranged male killer intent on destroying them. However, some of the most iconic horror movies, including Halloween (1978) and Friday the 13th (1980), feature resolute and courageous heroines who refuse to become victims, fighting back against their tormentors with every ounce of strength they have left.

While characters such as Halloween’s Laurie Strode (Jamie Lee Curtis), Friday the 13th’s Alice Hardy (Adrienne King), and Scream’s Sidney Prescott (Neve Campbell) are well-known to horror fans worldwide, a number of minor female characters have left an indelible impression on audiences and on the genre as a whole. The list below is by no means reflective of the most important minor female characters who have ever graced the horror screen, but rather a collection, in no particular order, of this author’s personal favorites.

In honor of the 8th annual Women in Horror Month…enjoy! 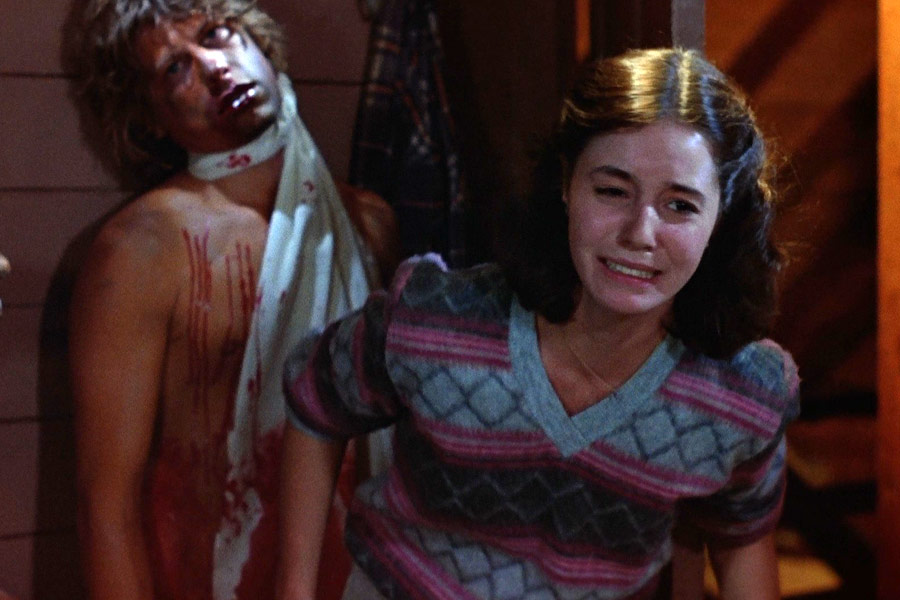 In Steve Miner’s Friday the 13th Part 2 (1981), the character of Vicky serves as the film’s gentle spirit. From the start of the narrative she is drawn toward Mark (Tom McBride), the handsome, wheelchair-bound jock. Not only does Vicky reveal her playful side when around Mark, but she is also kind to him and expresses a genuine interest in how he became injured. In many films, handicapped characters are often the pariahs of the story (consider the ways in which Franklin is treated by the other characters in The Texas Chain Saw Massacre), but Vicky openly and at times brazenly seduces Mark, clearly drawn to both his brawn and his brain. The doe-eyed Lauren-Marie Taylor embodies Vicky’s innocence and flirtatiousness, while her death scene features one of the more memorable images from the film: Jason’s bruised left thumbnail as he clutches a knife and advances upon the helpless girl. Regrettably, Taylor did not appear in any horror movies after Friday the 13th Part 2, but she made a delightful showing in the 2009 documentary His Name Was Jason, recounting humorous stories from the set. 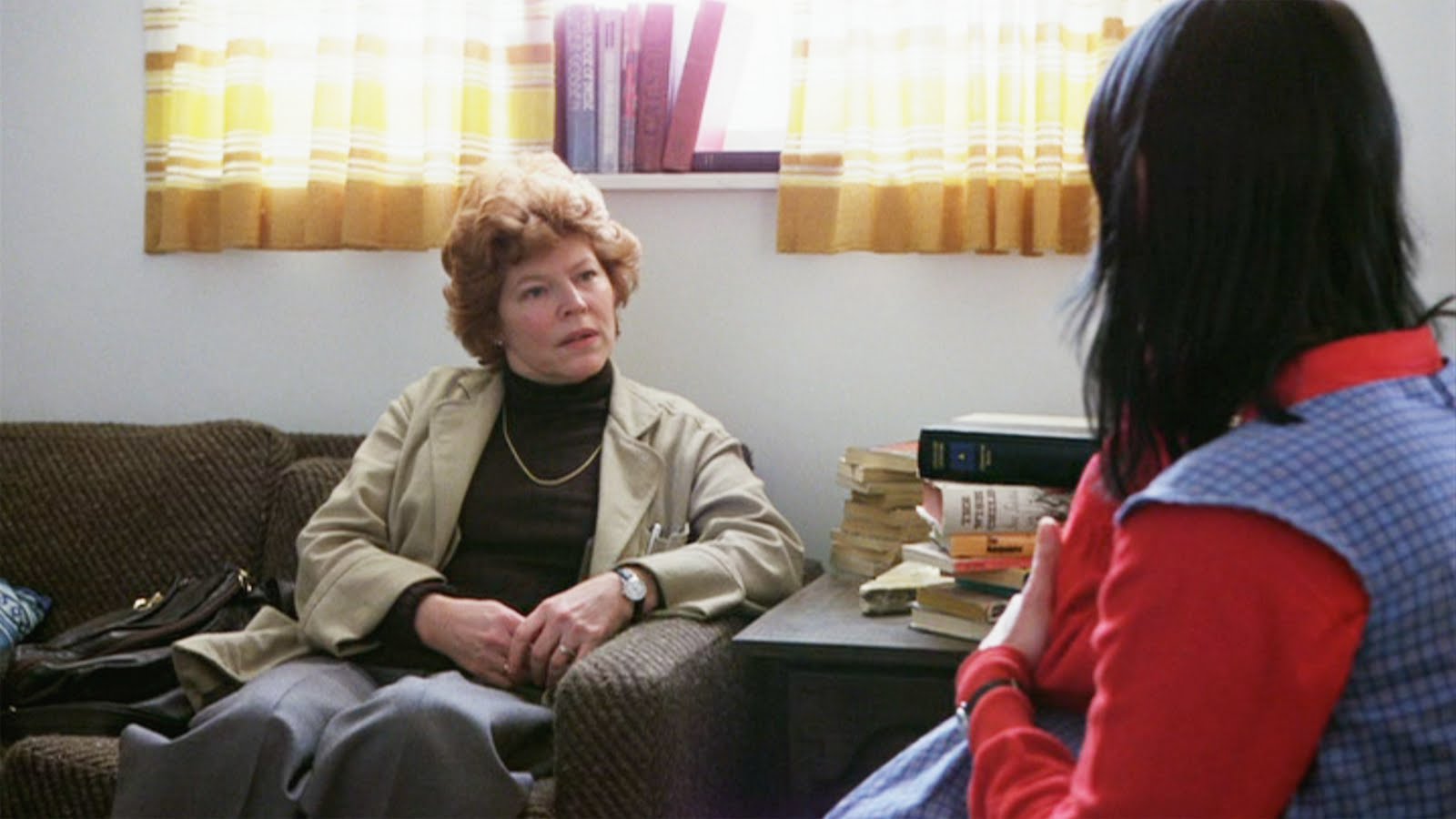 As one of the few consoling voices in Stanley Kubrick’s masterpiece The Shining (1980), the unnamed doctor appears early in the film, shortly after Danny Torrance (Danny Lloyd) collapses while talking to his imaginary friend Tony. As a nervous Wendy Torrance (Shelley Duvall) looks on, the doctor gently attempts to probe the corners of Danny’s mind and determine if the boy is in any danger. When Danny refuses to talk about Tony anymore, the doctor remains unruffled, exuding the same kind of soft-spoken care that any parent would hope to see from their child’s pediatrician. Once the woman and Wendy are alone, however, the scene shifts into dark territory as the doctor exposes the cracks beneath the surface of the Torrance family. Here, the doctor’s stern expression as she learns of Danny’s shoulder injury, captured chillingly by veteran stage and film actress Anne Jackson, communicates an underlying sense of dread. The scene ends abruptly, paving the way for the true horrors to come at the Overlook Hotel. 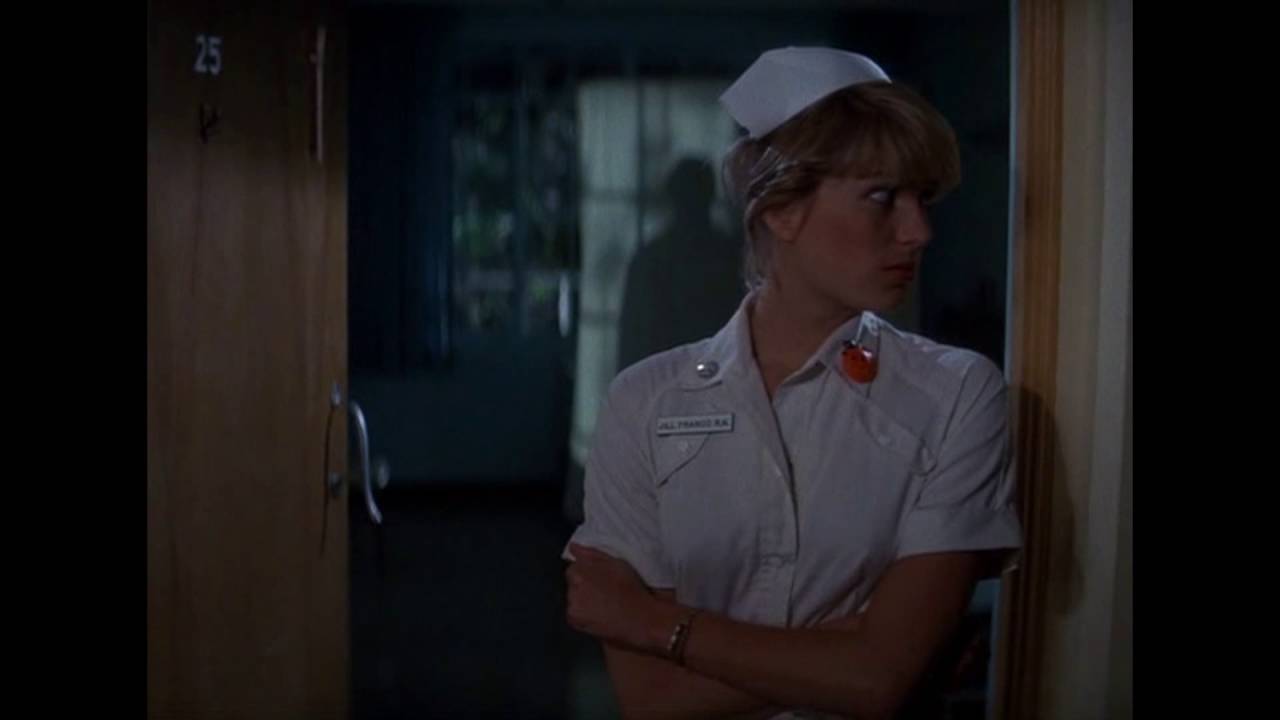 Though her screen time is limited in director Rick Rosenthal’s Halloween II (1981), Nurse Jill fills a vital role as Michael Myers stalks the abandoned corridors of Haddonfield Memorial. Initially, Jill acts as a comfort to Laurie Strode (Jamie Lee Curtis) as Dr. Mixter (Ford Rainey) administers a drug that will put the terrified girl to sleep. But as the film continues and Michael arrives on the scene, the importance of Jill’s character increases. During the parking lot scene, when she discovers that the tires on all of the cars have been slashed, Jill becomes the first person to confirm Laurie’s suspicions that the infamous bogeyman might be near. Rather than flee the grounds, she bravely returns to the hospital to help anyone in need. Though Jill meets her demise when Michael startles her from behind and drives a scalpel into her back, her death functions as a signal to Laurie. As Michael lifts Nurse Jill into the air on the blade of the knife and her white nursing shoes fall to the floor, Laurie realizes just how devoted the killer is to his task. The suspense in Halloween II intensifies at this moment, turning the film into a twisted game of cat-and-mouse between a psycho killer and his innocent sister. 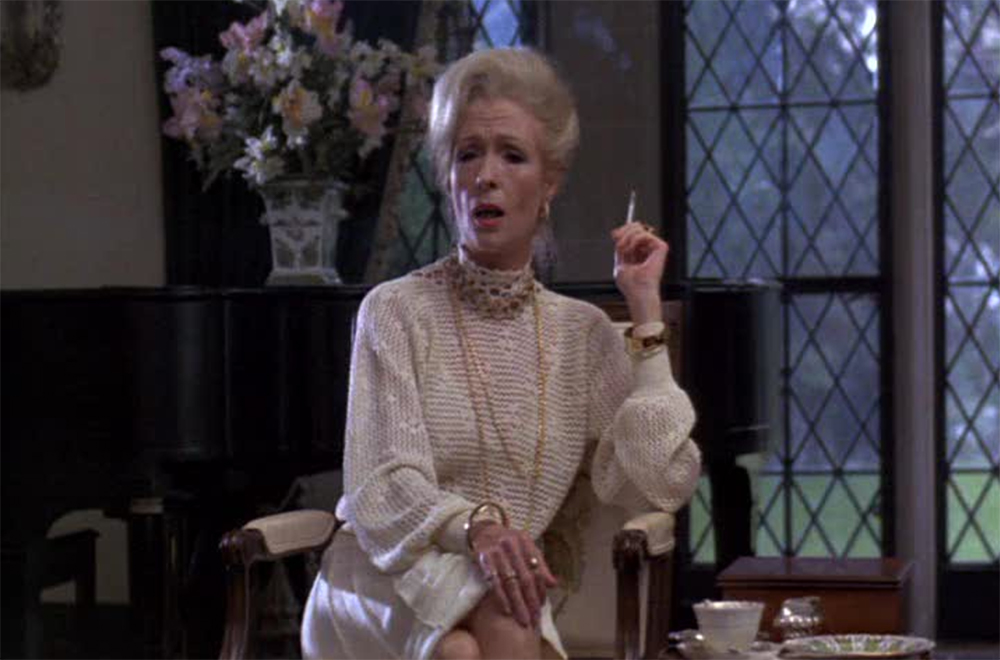 In 1982, George Romero directed one of the most impressive horror anthology films of all time: the delightfully morbid Creepshow. With a clever screenplay by Stephen King, Creepshow features four vignettes, including the zombie tale “Something to Tide You Over” and the creature-feature “The Crate.” But it is the film’s first segment, “Father’s Day,” that remains the highlight of the picture, a wry and horrific story of a deceased patriarch returning from the grave to exact revenge on his family. As the cool and elegant head of the clan, Sylvia Grantham carries most of the narrative, filling in the audience on the bleak story of Aunt Bedelia (Viveca Lindfors) and the brutal murder of her father. The comic-book styling of Creepshow bursts to life at the moment of Sylvia’s death, while also showing audiences that this is R-rated horror with a comedic edge. Today, some of the performers (including Ed Harris as a country hick and King himself as bumbling farmer Jordy Verrill) are a bit hokey, but Carrie Nye’s smooth turn as an aging matriarch still holds up. Unfortunately, after a lifetime of successful television performances, the actress passed away in 2006.