Festival favorite “Minor Premise” is being hailed as a captivating, visually impressive, powerful new sci-fi drama, and it’s heading to VOD in December.

In addition to being a huge horror fan and film buff, I’m also a graphic designer by trade. As a result, I tend to be easily seduced by a stunning poster design for a film. So, when I saw the jaw-dropping new festival poster for the upcoming film Minor Premise, I immediately took notice. (Scroll to the end of this article to see in all its splendor for yourself.)

Then I read more about the film and quickly added it to my list of most anticipated upcoming releases. Since the film just received an official release date, I definitely wanted to get it on your radar as well.

Minor Premise is a mind-bending new sci-fi drama, described as being in the vein of films like Primer and The Endless. It was a huge hit out of this year’s Fantasia Film Festival, and I’m kicking myself for missing it. It’s now headed to the Sitges Film Festival in Barcelona, one of the world’s foremost international festivals specializing in fantasy and horror films. The fact that the film was selected for these two prestigious, highly selective, powerhouse festivals should tell you a great deal about the caliber of this film.

Attempting to surpass his father’s legacy and pressured by an old colleague (Dana Ashbrook of Twin Peaks), a reclusive neuroscientist becomes entangled in his own risky experiment.

Ethan (Sathya Sridharan) has now locked himself in his home with his ex-girlfriend Allie (Paton Ashbrook) and the two navigate trauma, ambition, and missteps of the past. Diving headfirst into the uncharted equations of the brain, they realize that there is more at stake than just their relationship or Ethan’s reputation. With time quickly running out, he is forced to face off against the darker sides of himself while frantically attempting to solve an enigma that lies within his subconscious.

Though I have yet to see it myself, critics have been hailing the film’s emotional depth, unique and breathtaking visual style, stellar performance from leading actor Sridharan, assuredness of director Schultz, and the insightful and exciting story that promises to draw you in and make you think.

Minor Premise lands on VOD platforms on December 4th, 2020, and I plan to watch it as soon as I can.

I encourage you to also mark your calendar and plan to unlock the puzzle that is Minor Premise while confronting a plethora of fascinating questions about self and psyche. 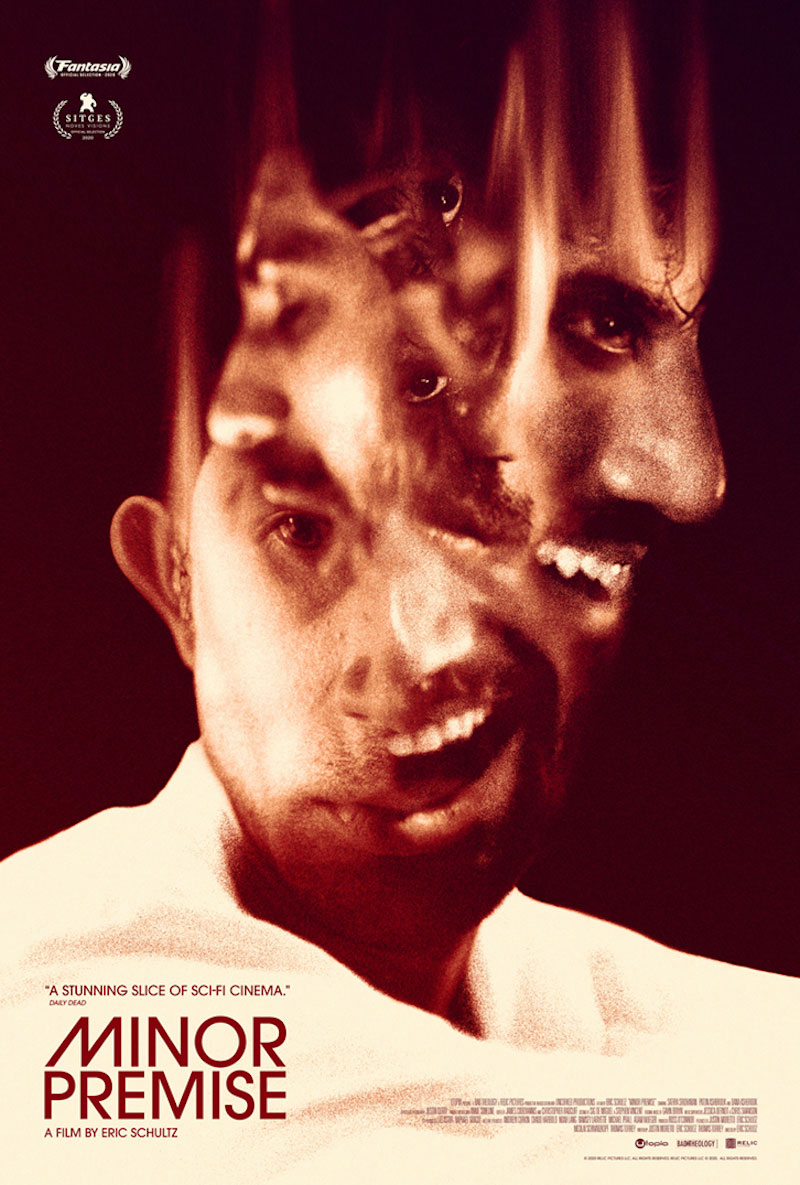