Our celebration of Women in Horror Month continues! This is the second article in our month-long series where we showcase women in horror as they discuss other women from the genre who inspire them. (Read the first article here.) This article features Aleksandra Svetlichnaya, Amanda Wyss, and Genoveva Rossi. 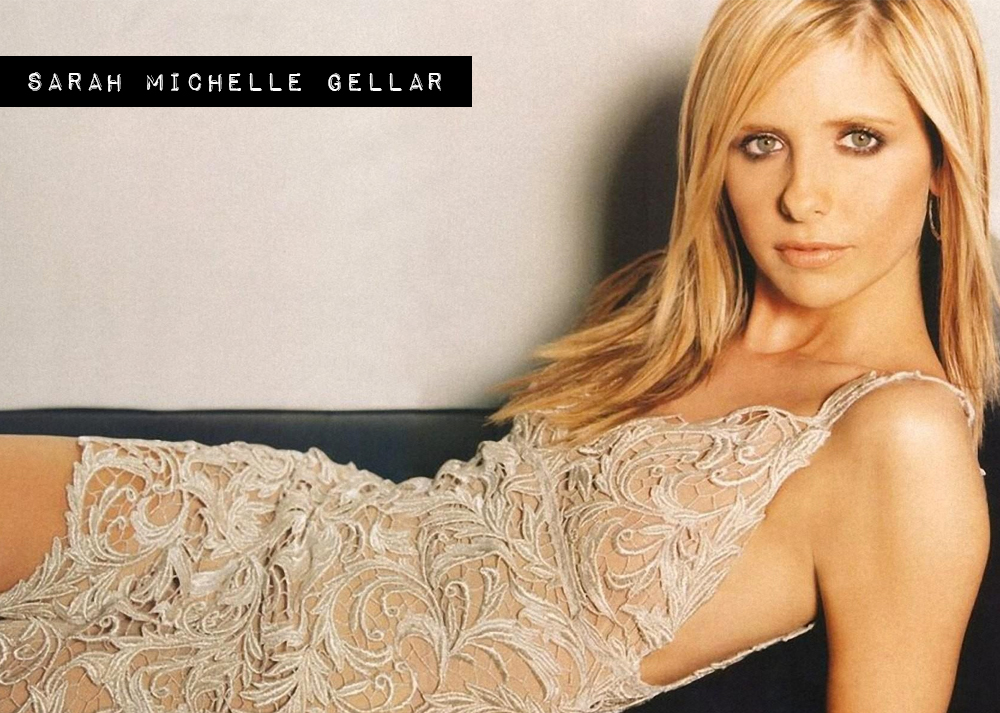 When I was asked to participate in Women in Horror Month, and to talk about which woman (or women) in the horror genre I draw inspiration from, there was no doubt in my mind who I was going to write about – Sarah Michelle Gellar, of course! Some people don’t necessarily think of SMG as a “woman in horror” and let’s clear that up right away. Obviously we all know her as Buffy from the “Buffy the Vampire Slayer” TV show, which is a horror staple in and of itself, but let’s not forget her other slew of horror credits: “I Know What You Did Last Summer,” “Scream 2” and “The Grudge 1 & 2.”

While I loved SMG in all her other horror roles, Buffy is the one that I always come back to because Buffy as a TV show, and Buffy as a character, came into my life at a very crucial point. I discovered Buffy as a young immigrant child who was struggling to fit in and who was bullied relentlessly. Buffy the TV show was not only a fun escape (and helped me learn English!), but Buffy the character was also an amazing role model. Someone for a young girl to look up to and to not only learn to be strong for herself, but to have compassion and to eventually be strong for others. And side note: I didn’t know it then, but that’s when my love for all things supernatural, suspense and horror began.

As I continue to grow up (because I’m not done baking yet, I’m still cookie dough not cookies!) Buffy continues to be there with lessons, advice and ample examples of Girl Power. Yes, I thank Joss Whedon for Buffy, but I also thank SMG because while she may not have been the first to have a go at the role (hi Kristy Swanson!), she was the one to truly embody the character and help to shape her throughout the years. Which in turn helped shape me into the woman that I am today. I always come back to Buffy when I need a pick-me-up and a mega dose of Girl Power.

Many actors play characters very different from themselves, that’s the fun part of being an actor. However, in the case of SMG, that is not accurate – because as far as I am concerned, she is every bit as inspiring as herself as she is as Buffy. She may not be literally staking vampires at night (as far as we know?), but she is the Slayer when it comes to being an entrepreneurial boss lady (Foodstirs), having a successful acting career free of tabloid drama, having a relationship to aspire to (married to Freddie Prinze Jr. since 2002) and embodying Girl Power wherever she goes. To illustrate, I leave you with this quote that she posted on social media recently: “I hope to see more women supporting other women. I have always believed that when women work together we can do anything. So often we are pitted against each other instead of remembering we are a big tribe.” I will stand in a tribe with SMG any time.

Amanda Wyss, Actress. (A Nightmare on Elm Street, The Id, Better off Dead, 360 Degrees of Hell) 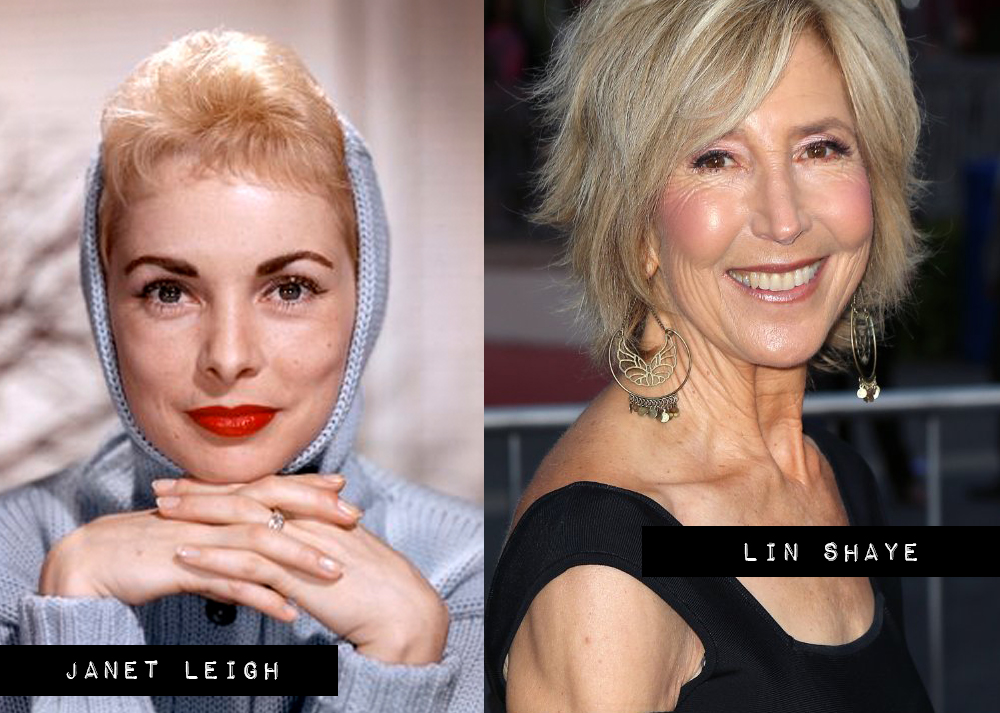 I was in awe of Janet Leigh as a young actress. Her beauty, grace, and ferocity mixed with vulnerability were spellbinding. So, needless to say, I was elated when Wes Craven called me his Janet Leigh of A Nightmare On Elm Street. And there’s Lin Shaye. I’m such a fan. But, honestly, who isn’t? Her choices and her ability to transform herself and bring the audience into the world of her characters is truly engaging and powerful. There are also many amazing young actresses doing wonderful work. It’s exciting to watch the next generation unfold. 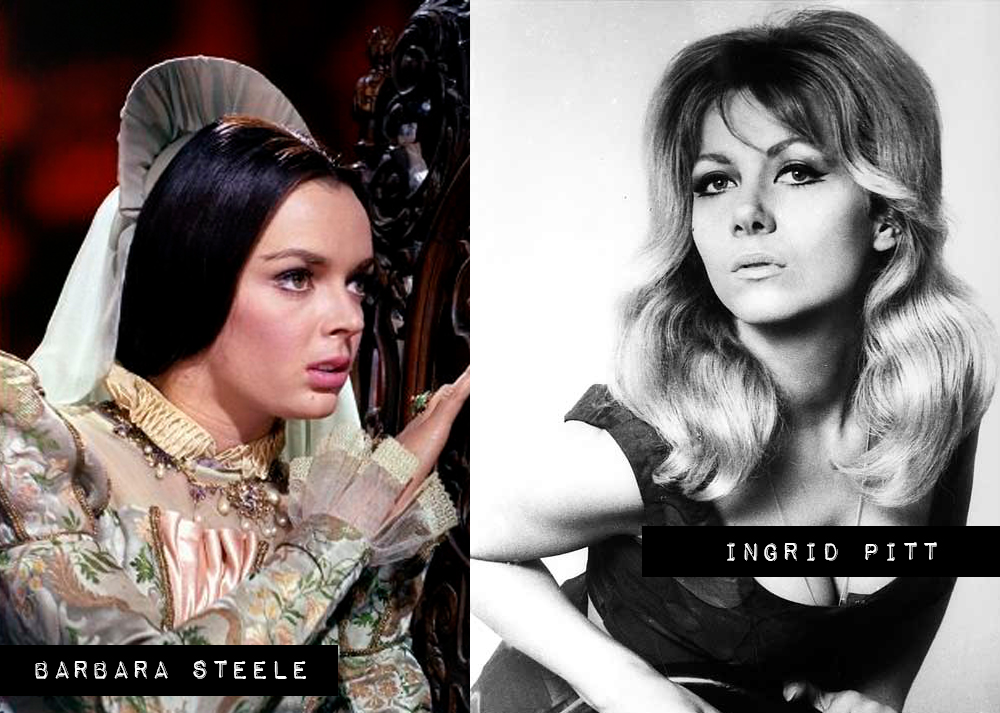 I am the most inspired by Barbara Steele and Ingrid Pitt. Steele is this amazing actress with intellect and range. Such a unique look and an amazing career. I love her distinctive voice! I have followed her acting most of my life. Steele’s acting career is still going on in fact. I dream of starring in a remake of Black Sunday. Ingrid Pitt was this sensual actress with a great energy on screen. I love her films and was lucky to have met her as a child. The Vampire Lovers is my favorite from her. (Click here to read our profile of Genoveva Rossi.)

Stay tuned as we feature more talented Women in Horror in part 3 of our series coming soon!