Feliz Navi-Dead! “Santa’s Slay” is a surprisingly effective slasher comedy that embraces its campy charm and takes viewers on a wild, entertaining ride. 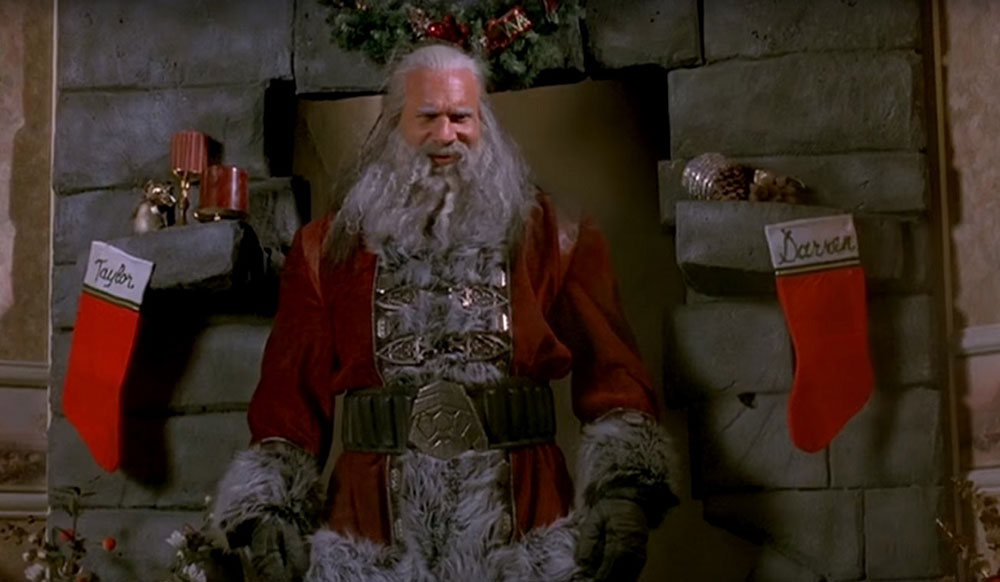 We continue “50 Years of Holiday Horror”, in partnership with our friends at Horror Hut and Scream Stream — a look at holiday horror from the 1970s through the 2010s. Our pick for 2000s era holiday horror is the incredibly fun and perfectly cast 2005 horror film Santa’s Slay.

I used to clear out the horror section at Best Buy in the mid 2000s. Thankfully, for a just-above-minimum-wage Spooky kid like myself, the DVDs in that section were pretty cheap. This was right around the time of the format wars, where the oddly named Blu-ray conquered the appropriately named but ultimately doomed HD DVD. I took advantage of the steadily decreasing price of DVDs and stocked up on any title that caught my eye, regardless of what I knew about it.

I found some titles that ended up being frequent viewers for me, and one of those was this movie: Santa’s Slay starring wrestling superstar Bill Goldberg. The premise married two things which had deep-seatd roots in my life: the tradition of Christmas and the gore of horror. 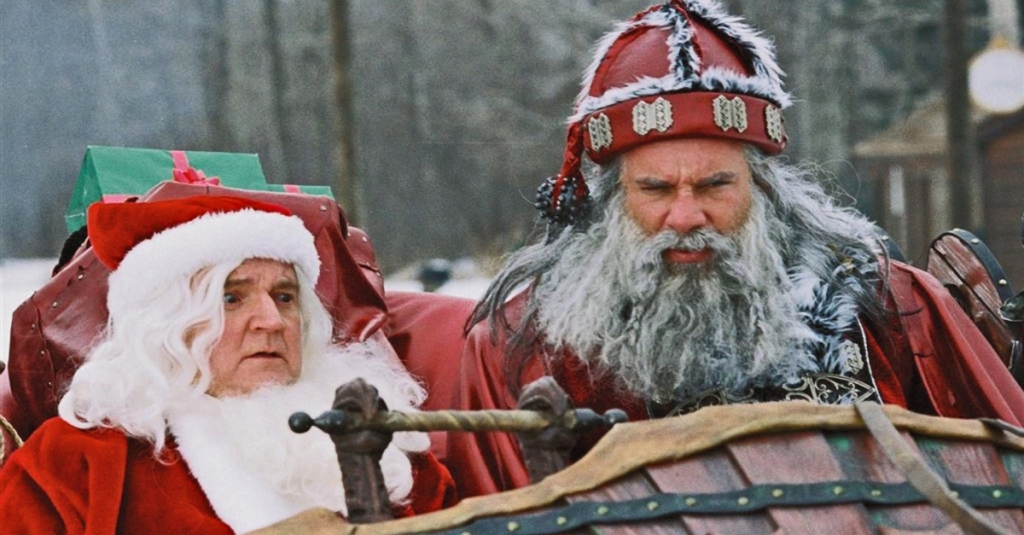 I wasn’t sure what to expect upon initial viewing. This was before The Rock became a global star for more than his familiar catch phrases and Dave Bautista injected his heart into the world through Marvel’s cosmic heroes. At that time behemoths of that profession hardly made the transition to acting as thespians over physical specimens (sans Roddy Piper in the legendary They Live).

It takes very little time to realize this movie was going to be different.

Check out this short primer of the film from Horror Hut, and then keep reading for more our in-depth coverage of this wonderfully weird holiday horror treat.

With one of the most epic, disturbing, hilarious, and unforgettable openings of any movie I can think of, first time Writer/Director David Steiman and his star-studded cameo (James Caan, Fran Drescher, Rebecca Gayheart, Chris Kattan) dinner leaves little guesswork to what we can expect. 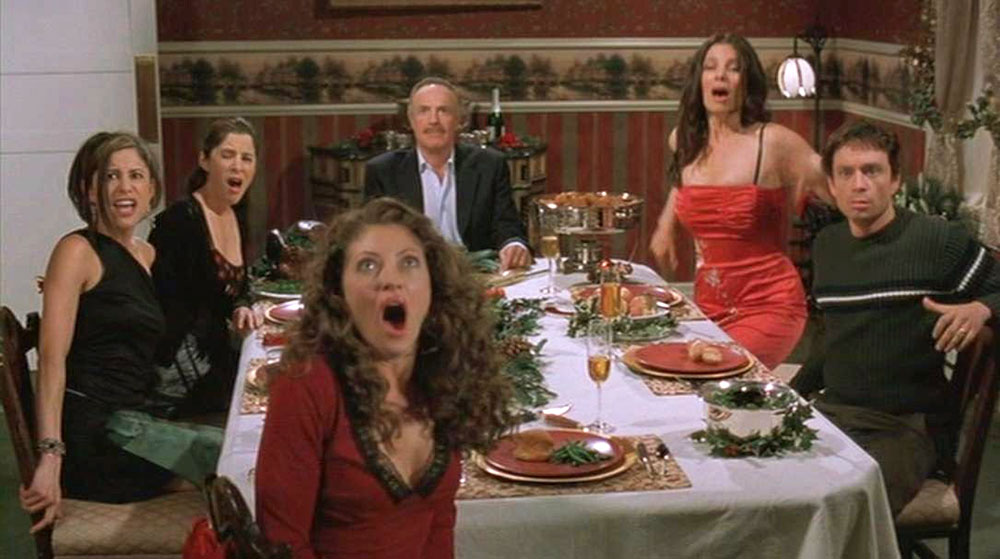 Don’t take anything seriously. Sunny Corleone himself ends up dead with a turkey leg, joint deep in his throat.

Goldberg, as the murderous Santa breaks through the fireplace and wreaks havoc through an uppity rich family holiday dinner. There’s a bit of kung-Fu to Santa’s movement, which makes sense since second unit director Andy Cheng cut his teeth as a stunt coordinator with Jackie Chan.

Steiman himself credits Chan as half the inspiration for this film as he sat on a boat working on Rush Hour mesmerized by the choreography and Chan’s ability to use anything in sight in fight sequences. That, as well as a fortuitous anagram, is how we ended up here. A rich family dead at the hands of jolly ole saint Nick.

Mrs. Talbot, a patron at Hell Township’s local Heaven Sent delicatessen brings all the charm of Mrs. Deagle from Gremlins — both early hollers of traditionalist curmudgeons who have no room for change and want everything their way. She impresses with the help of Steiman’s great writing.

You may laugh at the choice of Goldberg, but he’s damn perfect for the blueprint Steiman has laid. The right amount of testosterone and schlock.

For a low budget film unable to pay above scale, the casting is skillful. 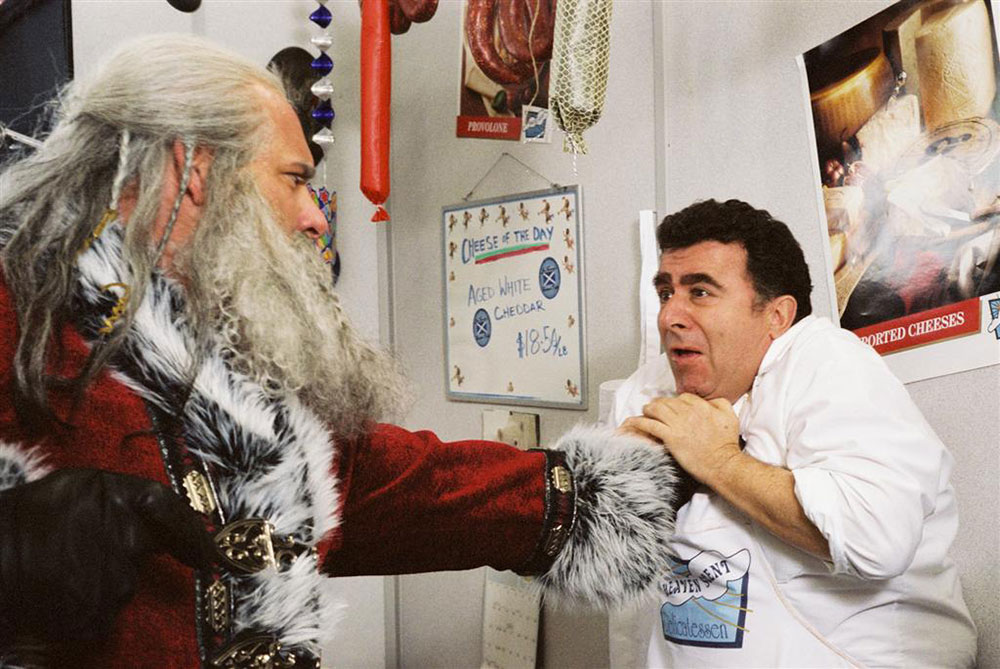 The story goes that Santa was an evil fucker but lost a bet one thousand years ago with an angel that forced him to be nice and give gifts to kids. His sentence over, he’s come back to wreck the halls.

Santa in a strip club? Who hasn’t wanted to see that?

Do away with the cheesy reindeer and give us a real hell beast, a demonic buffalo which pulls Santa’s sleigh. Santaberg sweeps through the town with a bag full of puns and grunts, present bombs, tree topper ninja stars, deadly nutcrackers, and as much muscle as wardrobe could wrap.

A snowmobile vs. sleigh race. A climax on a hockey rink, with curling and all. Naturally. 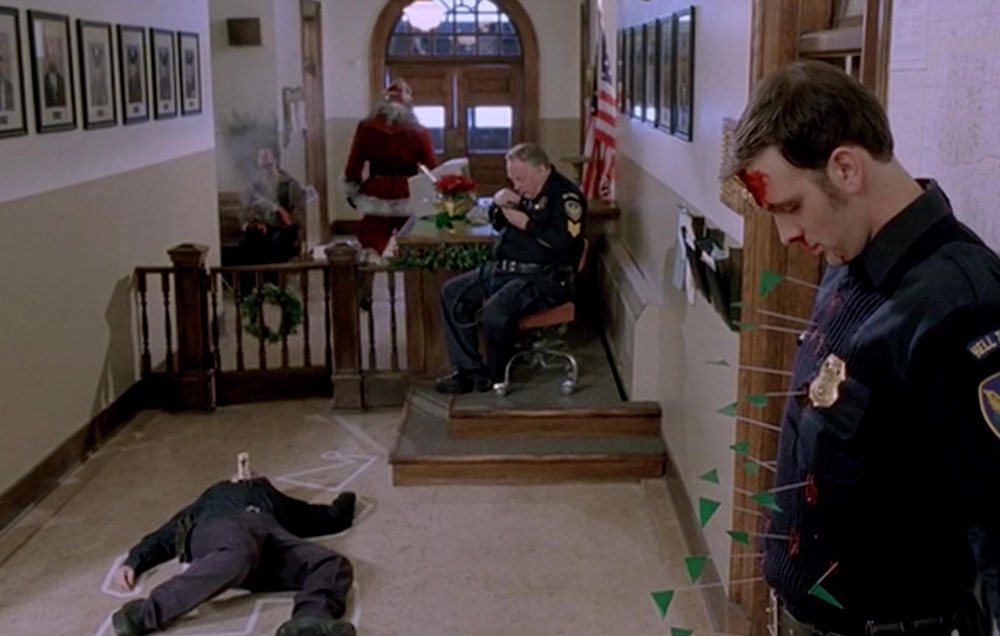 And my favorite faith-based joke, that to this day, some thirteen years later, I still laugh about:

Unfortunately, the ending falls a little short. It’s rushed and half-hearted, but it does not take away from how much fun this film is.

It doesn’t take anything seriously, and neither should you. Just enjoy it. 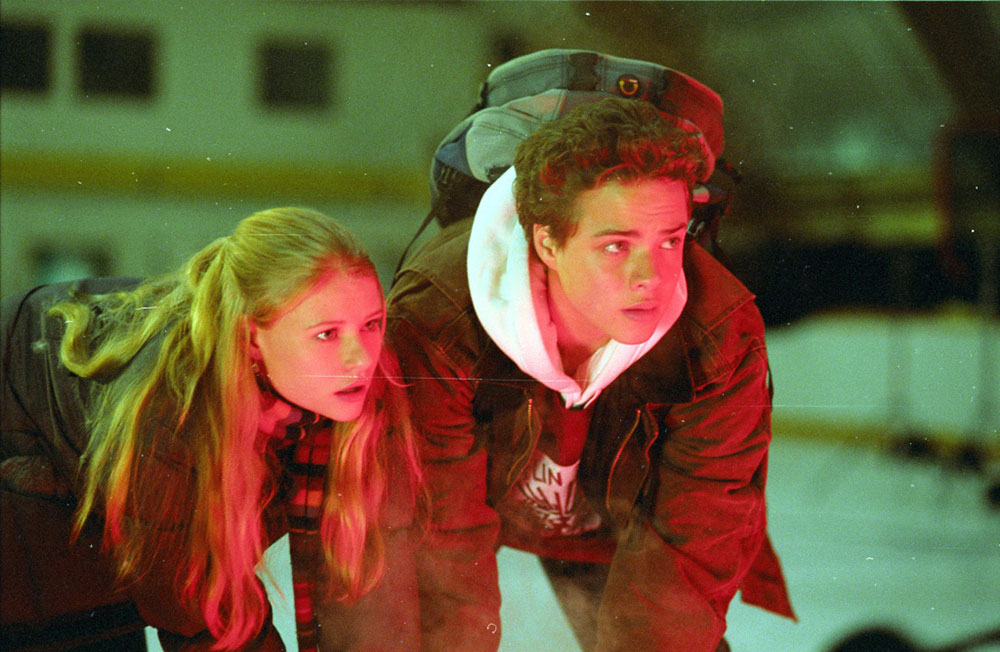 Note: Bret Ratner, who has since been accused of multiple cases of harassment, misconduct and homophobically poor morals (Google for yourself) did play a part as producer in this film. It is not my intention to promote a film that could ostensibly produce residuals for an individual that may have used their platform to exploit others. I did my due diligence, short of speaking with Director David Steiman personally, and found interviews dating back to 2010 (long before the accusations) where he stated Bret was not in fact a financier of this film. He credits Roger Corman, yes THAT Roger Corman, as being more of a hands-on influence getting this film made.

I’ve listened to hours of David speaking on podcasts and find him to be affable and ambitious. He seemingly was handed nothing and worked for everything, and he has unfortunately only turned out this film as his own to date. I do hope he has a chance to make a sequel, or another film of his liking, as I feel he has an enjoyable way of telling a story. It is of course your prerogative to support or not support based on the correlation with the accused. But I do feel David deserves you as an audience.