“Rare Exports” is a grim fairytale brought to life right in front of your eyes — a beautiful, wondrous masterpiece and an undeniable holiday classic.

It’s that good old, holly jolly time of year again. Stockings are hung with care and trees are blissfully decorated. Houses are doused in glorious displays of lights, and the fat man in the red suit visits the naughty and nice. Yes, it’s that time again — time for some old school, heartwarming Christmas horror.

Rare Exports (2010) is a Finnish, Christmas themed horror film, written and directed by Jalmari Helander. It stars Jorma Tommila, Onni Tommila, Peeter Jakobi, Tommi Korpela, Rauno Juvonen and Ilmari Järvenpää. Buried deep in the Korvatunturi mountains, beneath the dirt and rock, lies the secret of Christmas. But unearthing it could possibly be the end of everything as we know it.

Rare Export‘s spoken language is originally Finnish, however it is subtitled in English. The film fictionally takes place in the Korvatunturi mountains, although it was mainly filmed in Trumosø, Norway, and it explores Santa Claus and mythology surrounding Christmas. In this film, it’s not so much about what you see, but more about what you don’t see.

Rare Exports boasts a pretty intellectual storyline, providing a terrifying glimpse into the darker side of humanity.

The film informs its viewers that the fat man with the white beard who leaves presents under the trees for the good little boys and girls, is perhaps just an advertising gimmick made up by the Coca-Cola company — the real Santa is much more sadistic and vile. In fact, the real life Santa Claus is a demonic monster who kills little children.

When it comes to all encompassing Christmas horror films, ‘Rare Exports’ has it all. The film graciously blends all the allures of the holiday into one truly harrowing adventure. It takes us into the black heart of America’s most beloved season, and teaches us that even the happiest day on earth can be an absolute nightmare It also happens to be, by far, the best Christmas themed horror film out there.

It has everything you could ask for in a film from this sub genre. It has snow, Christmas trees, presents, lights, and of course the main ingredient, Santa Claus. The cinematography is effectively capturing, and the landscapes are breathtaking. The utilization of elements is seriously exciting. Toss in some amazingly remarkable costumes and makeup, and you have the perfect recipe for success. The blood and gore is apt for this kind of film — not too over the top, but not shying from it either.

Rare Exports is magnetic, charming and stealthy captivating. It pulls you in and doesn’t let go. The soundtrack creates an encroaching sense of doom, and the lustrous landscapes keep you submerged in the holiday spirit. The only thing missing is a sleigh. However, this isn’t your normal jolly Santa Claus.

The acting is brilliant and extremely unassuming.

The dynamic of a real life father and son, Jorma Tommila and Onni Tommila, portraying father and son characters on screen, brings a genuine realism and believability to the film. It creates a homely sensation which further anchors you emotionally to the film. It’s really a genius idea and casting coup. Additionally, the sets are amazing and very colorful. The angles and framework are exceptional, and the strong direction reflects a great knowledge of storytelling. 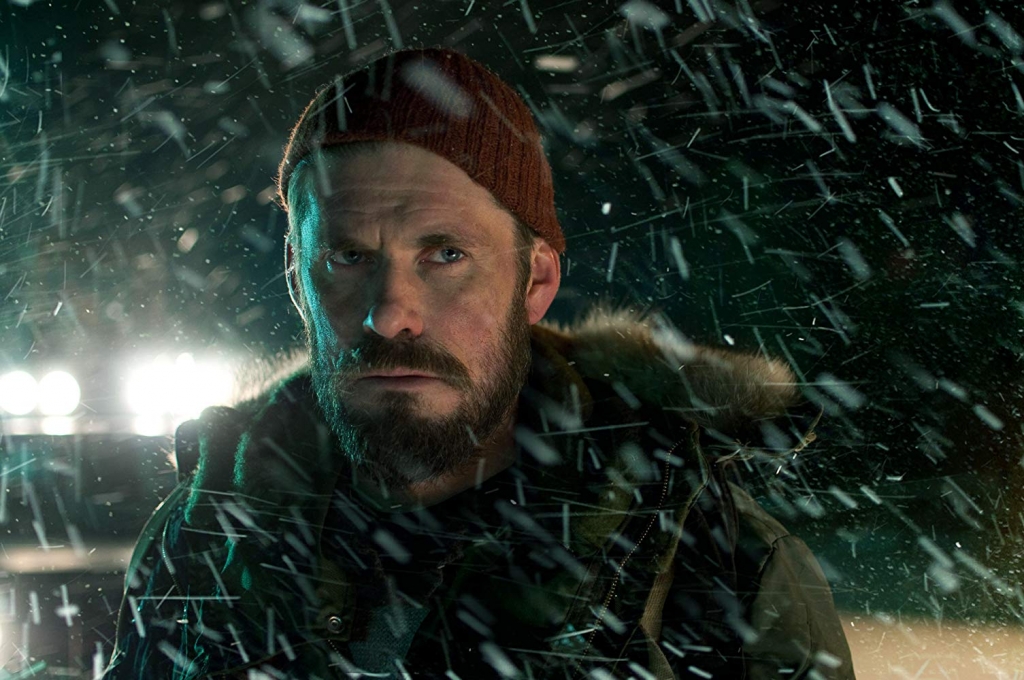 Overall, I give this film 3 out of 3 scratches for its phenomenal storytelling and brilliant all-around filmmaking.

RARE EXPORTS is groundbreaking in its concept and execution. It’s intelligently written, highly addictive, and hands down the ultimate Christmas horror film. It’s definitely not a film for children. If you’re a serious horror fan and haven’t seen this film yet, do yourself a favor and give this one a watch. It’s available to stream for all major platforms, and is currently free for Hulu subscribers.

Enjoy the holiday season and have a Merry Merry Christmas!