Woman filmmakers are more common than you may think, but frustratingly few of them get the recognition they deserve. This imbalance is all too clear in horror, which has given us some of the most memorable and capable heroines in all of film, but for every Laurie Strode and Ellen Ripley that gets canonized by fans, how many women are behind the cameras that film them?

In order to bring more attention to women working in the genre, the Women in Horror Month initiative was born in 2009. This inclusive, intersectional, and international movement is more than just a showcase: yes, festivals and screenings get eyes on woman-directed work, but meet-ups, panel discussions, promotional publications, and more allow supporters the world over to bond and connect over the cause. Their site can be found here, their Twitter feed is here, and their Tumblr is here.

In order to celebrate Women in Horror Month, I’ve drafted a categorized list of horror films directed (and often written) by women that deserve your attention. These 28 films – one for each day in February –  have been sorted into four categories: those with black magic, vampire and monster movies, psychological thrillers, and then good old fashioned slasher flicks. Whether you’re a video store veteran, someone new to the horror genre, or just someone interested in supporting films by women, let this list merely hint at how frightening the feminine can be.

Content Warning: I haven’t seen all the films I’m about to recommend (compiling this watchlist was for my own sake, too!), so while I’ll provide all the CWs I can, I can’t guarantee that they’re thorough. I’ve done as much research as I can to make sensitive readers feel safe while checking out new movies, but I doubt that I could catch every potential trigger just by trawling reviews. As usual, violence, death, and sex are considered implicit on this site, but those with nervous dispositions are warned to watch at their own risk. 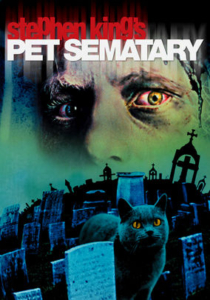 Film adaptations of Stephen King’s books range from excellent to awful, but 1989’s Pet Sematary is one of his most iconic cinematic translations – maybe because he provided the screenplay himself. Mary Lambert directs this tale of desperation, grief, and a supernatural cemetery where “dead is better.” Lambert also helmed the 1992 sequel Pet Sematary 2, but to much less acclaim. 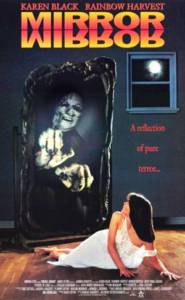 Megan Gordon (played by an actual real human being named Rainbow Harvest) is an average, ordinary goth girl that nobody understands. Fortunately, a haunted mirror in her new house understands her quite well, and it’s letting her take supernatural revenge on her tormentors. Sound like a fun time? Then Mirror Mirror (and its three sequels) may be for you! 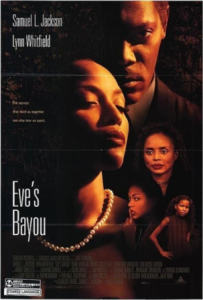 Eve’s Bayou is the story of Eve (Jurnee Smollett), whose gift of “second sight” both aids and complicates her search for the truth in the wake of witnessing her father’s (Samuel L. Jackson) infidelity. This film, which takes place in a 1962 creole community in Louisiana, was a critical darling in 1997 and Kasi Lemmons’ directorial debut. She wrote the script as well, and its supernatural elements like clairvoyance and witchcraft turn an interesting story into a captivating one. Eve’s Bayou is highly recommended. To say that Jennifer’s Body is polarizing in feminist circles is putting it mildly. The story centers on the high schooler Needy (Amanda Seyfried), whose best friend Jennifer (Megan Fox) gets turned into a bloodthirsty succubus by a haywire ritual. Some critics have expressed disappointment at its (literal) demonization of female sexuality and gnarled ideas about lesbianism, but others have called it a successful flip-of-the-script vis-à-vis traditional genre dynamics. Your mileage will certainly vary. 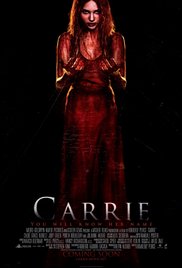 Most film fans are more familiar with Brian de Palma’s  1973 take, but this remake from 2013 is not to be discounted. An update of the Stephen King’s story for a modern age, Chloë Grace Moretz (Carrie) and Julianne Moore (her mother) carry this film on their shoulders with fierce, stirring performances. Perhaps unfairly criticized in the height of remake-o-rama, Kimberly Pierce’s Carrie is very much worth a fresh look.

Stay tuned for Part 2 of this Women in Horror list, where we highlight female-directed films in the category of Various Fanged Fiends.

Written by: Dr. M. With a raspy groan, the fiend seized to life, and the obsessed doctor suddenly recoiled at what they had wrought.Dr. M has been bound ever since by responsibility to remain in their laboratory forever, where they keep their creation placated with a vast library of horror. Determined to reconnect with humanity, they started a blog on the Internet where they may opine about all things monstrous and macabre. https://drmsfrankenblog.wordpress.com