“I live and breathe Horror.  Besides acting, I get to coach people how to be Vampires and Werewolves for a living! I am an On-Camera Death and Injury Coach, working with actors on shows like Gotham, Jessica Jones, Daredevil, and movies like The Purge 3.  I was also recently nominated for Best Supporting Actress in a Feature at the Macabre Faire Film Festival which is super cool.”* 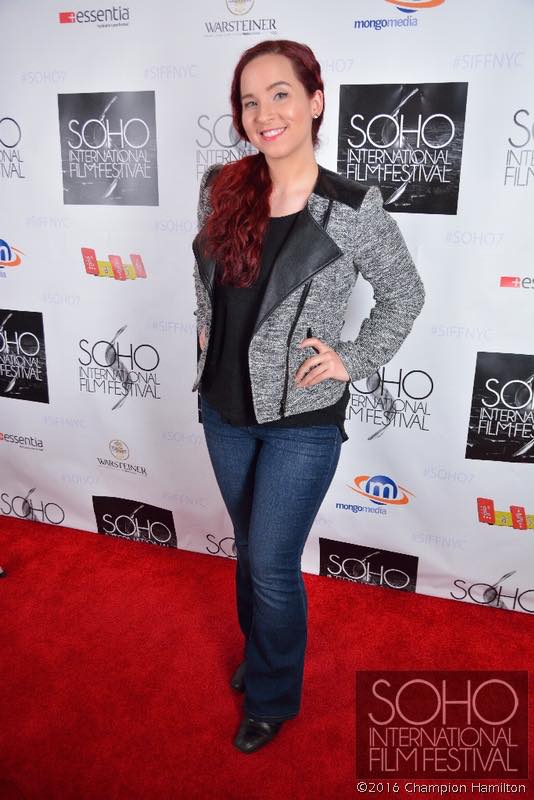 After graduated college with a B.A. in Contemporary Arts, I joined a few Theatre companies. An Actress I knew from a play dropped out of a film shoot and suggested me. That’s when I found film. I was addicted.  Within a week I was hopping on a 2 hour bus ride to NYC to take an On-Camera Horror class taught by Casting Director Pamela Kramer and knew it was fate. I owe being introduced to the Horror world to this woman. I had my first audition in the middle of ComicCon, and I’ve been working ever since.

My personal favorite Scream Queens are Katheryn Winnick (you know her from Vikings), and Julie Benz. Julie Benz was in Saw, Dexter, Angel and Buffy. Is there any better acting career then that? I think not! 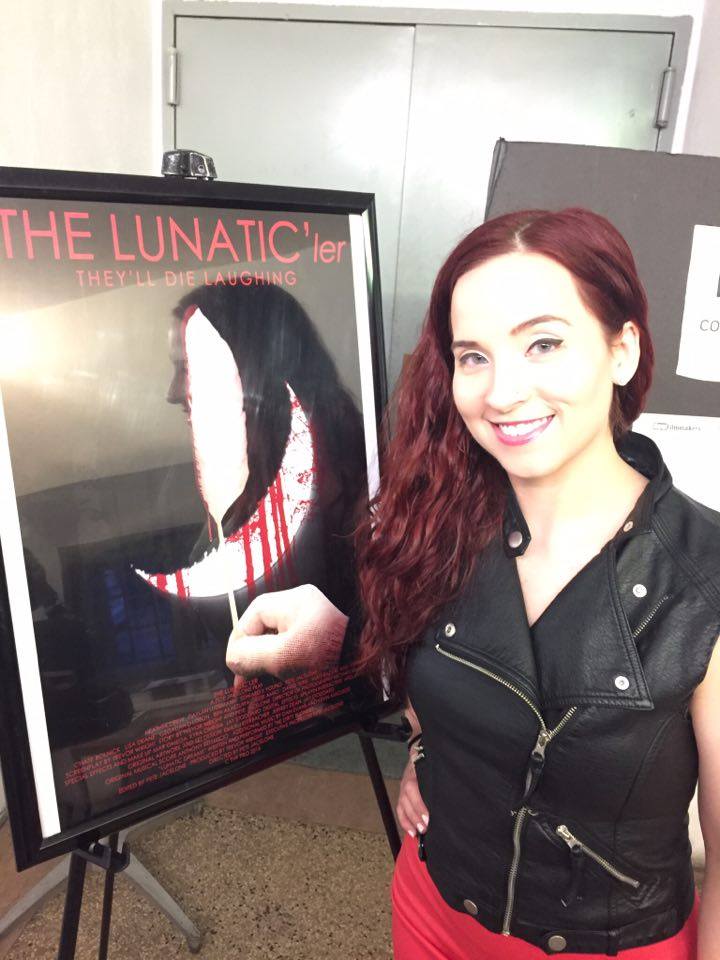 Queen of the Damned. I’ve always had a predisposition towards the Macabre and Monsters but this movie was the catalyst for me. I have a very prominent memory of walking out of the theater, trying to glide and contorting my body the way Akasha did, the Vampire Queen. I wanted to move like a Vampire, just like she did. That was the type of movie I wanted to create. Plus,  the movie had a killer soundtrack.

As well as being an Actor, I am an On-Camera Death and Injury Coach and coach actors how to be Vampires, Zombies, Werewolves, and other Creatures.

Do I get to do something fun or challenging?  Do I get to ride a motorcycle or work with someone ridiculously talented? I usually strongly consider anything that is Sci-Fi or has heavy Sfx because I like to be submersed in a different world.  Mention The Crow, Buffy, or Lost Girl and I’m sold.  I also appreciate professionalism.  I usually have to turn down a role because of poor character writing or no budget. Also nudity, I wont do it. Not budging on that. Implied for sure, but no peep show here. I go over every script with my manager. 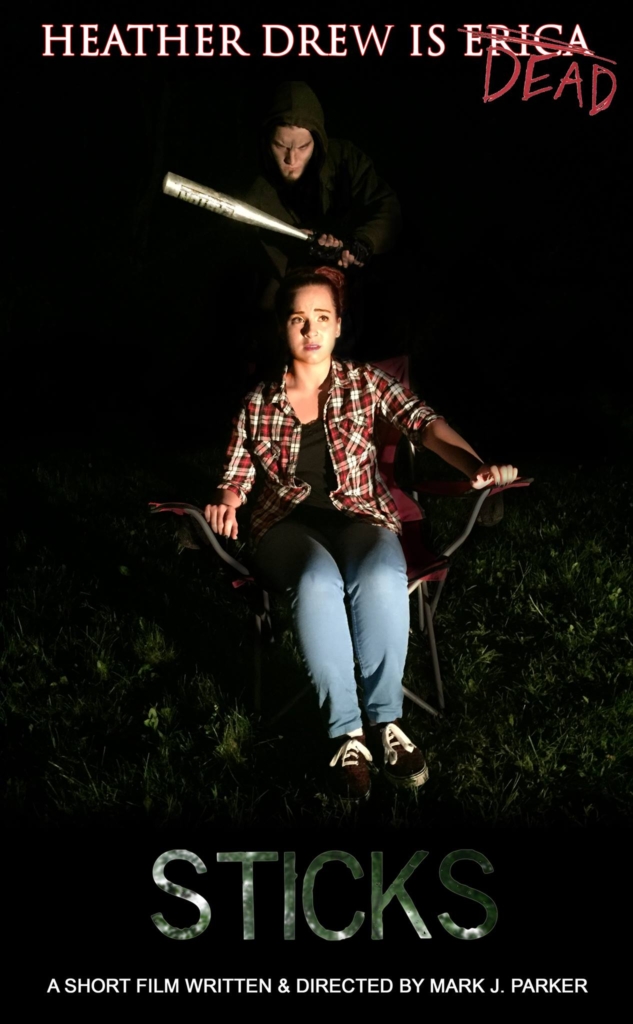 I am proud to see more Women behind the Camera being recognized. Women like Jennifer Kent, Director of  The Babadook.  There is still a loooong way to go though.  A husband and wife team I know gets ignored when submitting their work with the female’s name first, but are miraculously accepted when they switch the order of the names.  Q&A questions are also almost always directed towards the Husband.  This has to change. I have been in a room with Producers and the woman says something, dead silence, then the same comment is made by a man and he gets praised.  Is this the Twiglight Zone?

As for female representation on screen, the evolution has been a positive one. Women like The Soska Sisters, who did ‘American Mary’, are directing strong Female characters that are more than just a pretty face.  Now chicks pick up sticks, have brains and smash things.  They can be smart and menacing, three dimensional and real.  Every woman on ‘American Horror Story’ is particularly brilliant. 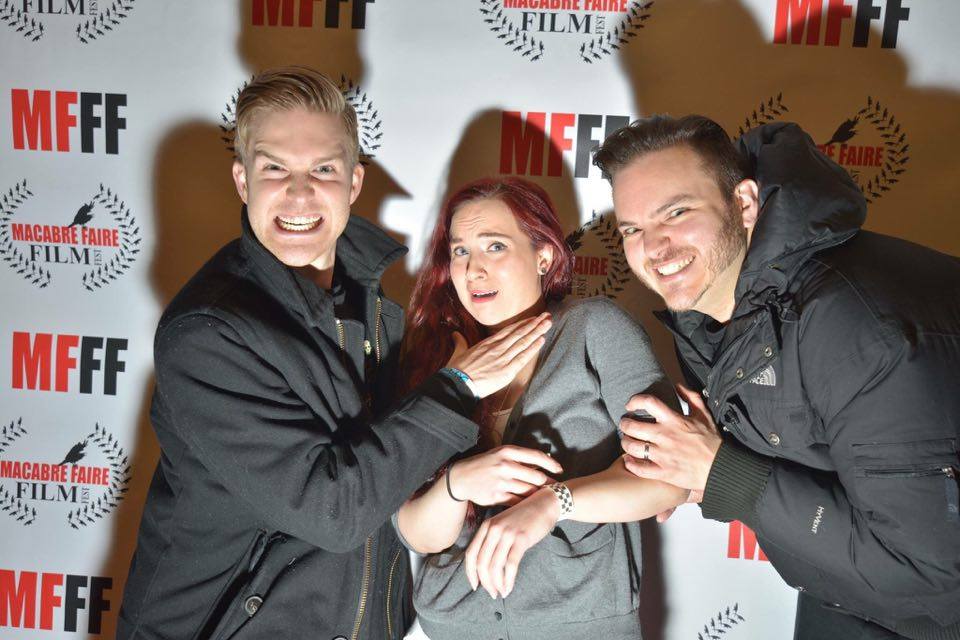 I just got back from the Macabre Faire Film Festival where I was nominated for Best Supporting Actress in a Feature for ‘Creepy Clowns’.  I also was representing a short film shot in Maine called ‘Sticks’. I am currently gearing up to lead a Post-Apocalyptic movie. Think Mad Max and Fallout 4. Incredible fight scenes and stunt work. I really get to knock some heads together. I’m finishing a Sci-fi Space movie I have a Co-Starring role in, which should premiere on the Monster Channel.

I coach Death scenes every week and coach alongside acting teaching and Casting Director, Pamela Kramer, at the ActorsConnection in NYC.  The class is called ‘Dying for the Camera’. We are always looking to expand our filmmaker pool of Panel Guests for our Showcases. This class brings interesting types of people from all walks of life and all ages. People who love Horror but also people who are interested in experiencing something new and unique. This is a one-of-a-kind class. There is no other class like it in the country.