Posted by:
Tags:  A Girl Walks Home Alone At Night Blood and Donuts female directed horror female filmmakers Humanoids From the Deep Near Dark The Being Velvet Vampire women in horror Women in Horror Month

In order to celebrate Women in Horror Month, I’ve drafted a categorized list of horror films directed (and often written) by women that deserve your attention. These 28 films – one for each day in February –  have been sorted into four categories. This is part two of four. (Read the full intro here). 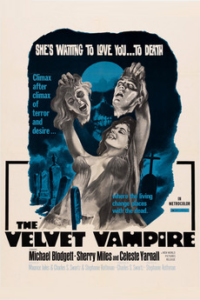 The Velvet Vampire, like all good movies about vampires, is abundantly and flagrantly queer. In it, a vampiric seductress (Celeste Yarnall) weasels her way between the married couple Lee (Michael Blodgett) and Susan (Sherry Miles) after inviting them to her lonely desert estate. Our three stars spend a considerable amount of time nude, and the vampire Diane LeFanu ought to be an icon: what other vampire listens to the blues and kills rapists? [Streamable on Shudder] 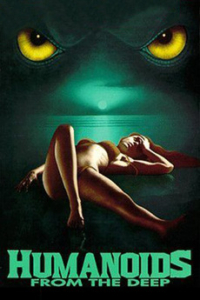 Humanoids From the Deep is an extremely low-budget, Roger Corman-produced monster movie with six feet of ambition in two feet of ability. The monsters are long-armed, piranha-jawed fishmen and its (NSFW!) trailer promises “a battle for the survival of the fittest, where man is the endangered species and woman, the ultimate prize.” So, as is implied, be warned that the titular humanoids are out to (forcibly) mate with womanly prey. 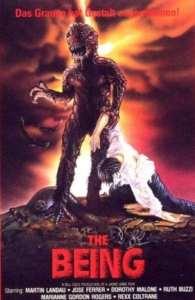 Jackie Kong is a name that deserves to be much better known. She’s the featured image at the top of this article, and her schlocky cannibal slasher Blood Diner is one of the best. Here, though, we’re talking about The Being. In it, a heartland town in Idaho gets terrorized by a nuclear mutant – but won’t someone please think of the potato harvest!? Kong’s monster flick can be called “cheap,” “rushed,” “abysmally shot and edited,” “dark and muddy,” and “unpleasant,” but criticisms like those are a badge of honor in circles like ours. It’s a cheesy 80s monster movie! Besides, those snobby critics wouldn’t know “fun” if it burst out of an irradiated aquifer and attacked them. Bonus: it has Marin Landau in it! Academy Award winning actor Martin Landau! [Watch free on Youtube] 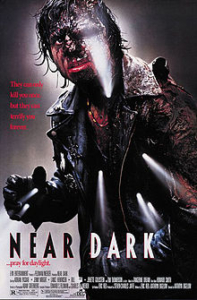 Kathryn Bigelow’s 2009 Academy Award for The Hurt Locker definitely makes her the most mainstream and recognizable name on this list, but before she was earning an Oscar, she was directing western road movies about vampires. It was only Bigelow’s second feature film as a director, but her raw talent and style is apparent even so early in her career. It’s so fortunate that such skill went to work on such a fun movie: featuring an awesome line-up of character actors, a novel take on the vampire mythos, and a soundtrack by Tangerine Dream, even with Bigelow’s aptitude notwithstanding, Near Dark is one of the straight-up coolest films on this list. 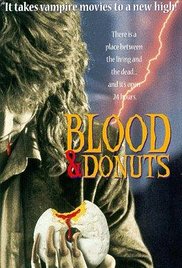 In this Canadian horror-comedy, a shy and benevolent vampire (Gordon Currie) wakes up after twenty-five years of sleep and readjusts to modern life by getting a cheap apartment near an all-night donut shop. He befriends a cab driver (Justin Louis) and falls for a waitress (Helene Clarkson), but as he becomes more involved in their personal lives, they’re drawn into his problems as well – like how his former lover from 1969 never stopped searching for him. My favorite vampire trope is when the undying blood-sucker doesn’t age with their loved ones, and I also love donuts, so I don’t know about you but it seems like this film was made for me.