35th Anniversary of “The Gate”

A gateway to the genre for many young horror fans, “The Gate” is an enduring classic, just as beloved today as it was 35 years ago. 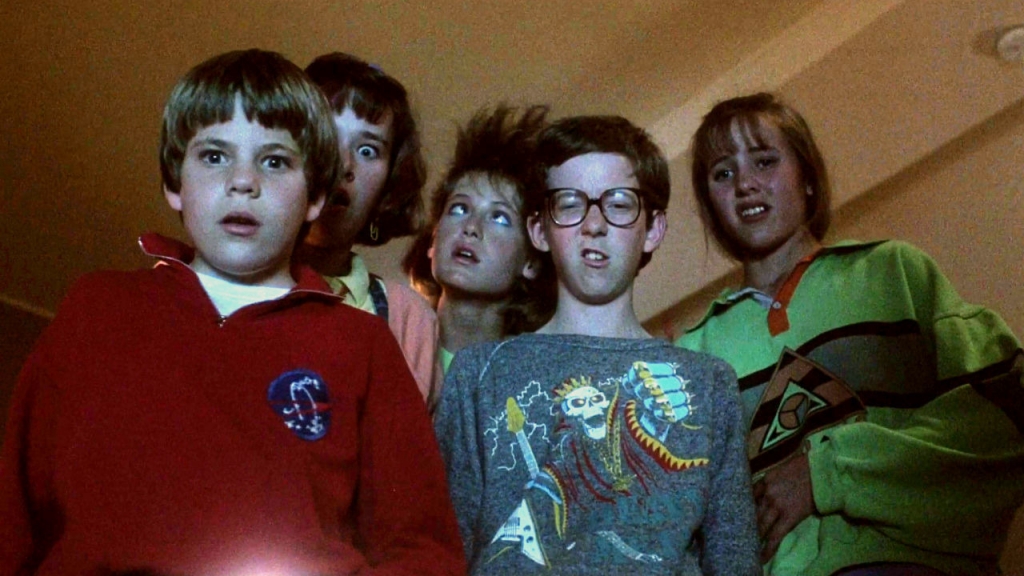 Playing upon the absent parents’ film trope, The Gate wisely uses its hour and twenty-five-minute runtime. The film utilizes practical effects, stop motion animation, and forced perspective techniques in conjunction with creating the demonic minions, who were full-sized actors in creature costumes. The result is similar to the Hobbit characters in 2001’s The Lord of the Rings: The Fellowship of the Rings.

The conflict of interest between the two siblings plays well and transitions throughout the various degrees of tensions dished out by the film.

A levitation scene with no failsafe, dead family pets accidentally sacrificed to demons, readings from Genesis and Psalm 59 with the inclusion of throwing a Bible down a hole in the ground — which does nothing to seal the Hellgate in a suburban backyard or prevent the unleashing of malignant forces on Earth.

The Gate shows a good mix of humor and horror in this Cthulhu-esque imagining, which is not too overpowering for a younger audience. 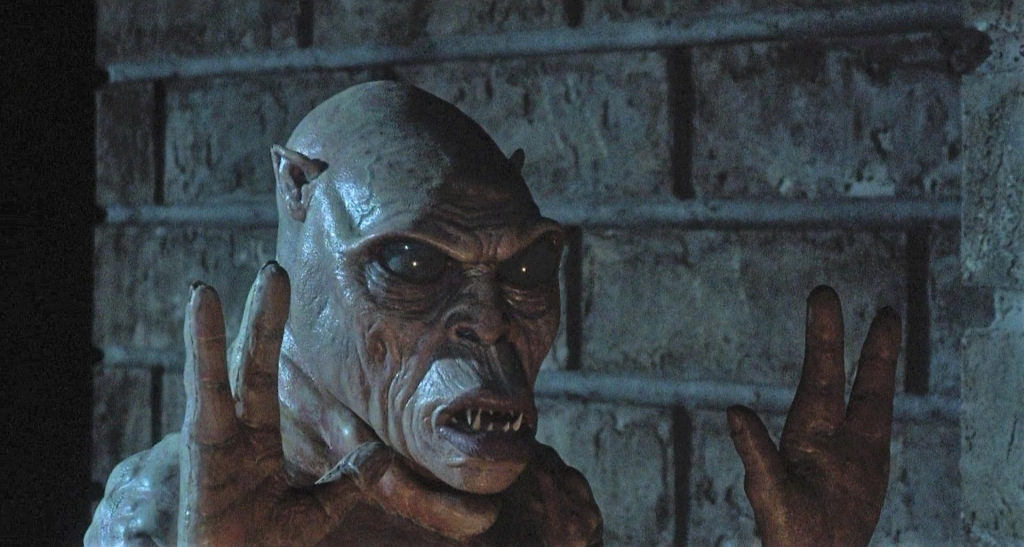 With a PG-13 rating, the language is also very minimal.

The hole in the backyard envokes fantasy elements reminiscent of Alice in Wonderland with a dash of Evil Dead, the reading of strange words from “The Dark Book.” The amethyst geode is the center of all of this madness, a Pandora’s Box setting into motion the events of a nightmare weekend. (Ironically, amethyst is believed to have the ability to dispel negative energy and create a sense of peace).

The lascivious forces also use existing preoccupations, whether masquerading an elderly dog as a grieving boy’s deceased mother or conjuring a demonic construction worker buried within the home’s walls to terrorize those seeking sanctuary.

This film does not suffer from slow points and maintains a good amount of stress without overpowering the viewer. The action and comedic breaks are enough to hold the audience’s attention throughout the feature.

One of the more spectacular scenes in the film is the reveal of the serpentine demon, which appears at the film’s climax. 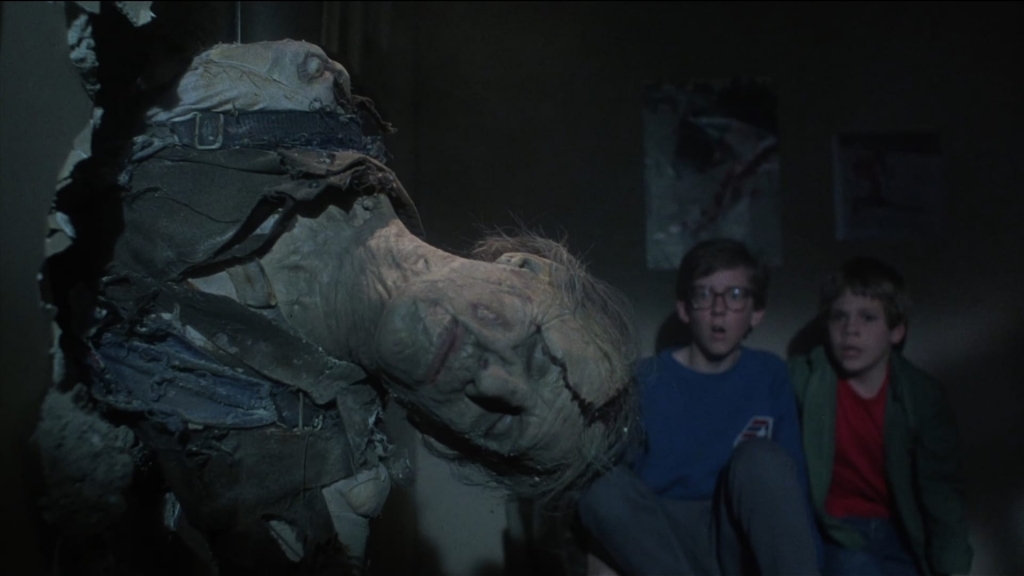 The beast was teased via The Sacrifyx album Terry shows to Glenn earlier in the movie. An enlarged image of the “Old God” appears among the pages of the records gatefold artwork. This towering multi-armed basilisk bestows a perceptive gift within Glenn’s hand. Young Dorff did not participate in this optical illusion; special effects supervisor Randall W. Cook’s hand and eye doubled to create the scene.

Ranking second on its opening weekend with earnings of $4.3 million, The Gate gained $13.5 million in total.

This feature was also the first studio-funded film for director Tibor Takács, whose better-known works include the film in discussion and The Gate II: Trespassers. Aside from horror, Takács has worked on a slew of holiday films for Hallmark.

The Gate proves that an R rating is unnecessary for a film to become a respected entry in the horror genre, nor does a PG-13 rating hinder a film from presenting great scares while carrying a basic plot and amusement. (Unlike the failed PG-13 attempts of the mid-2000s).

The Gate is available for viewing on Tubi, Freevee, or Amazon Prime.