In honor of the 40th Anniversary of “Alien”, we look back on how it all began and come face-to-face with one of sci-fi and horror’s crowning achievements. 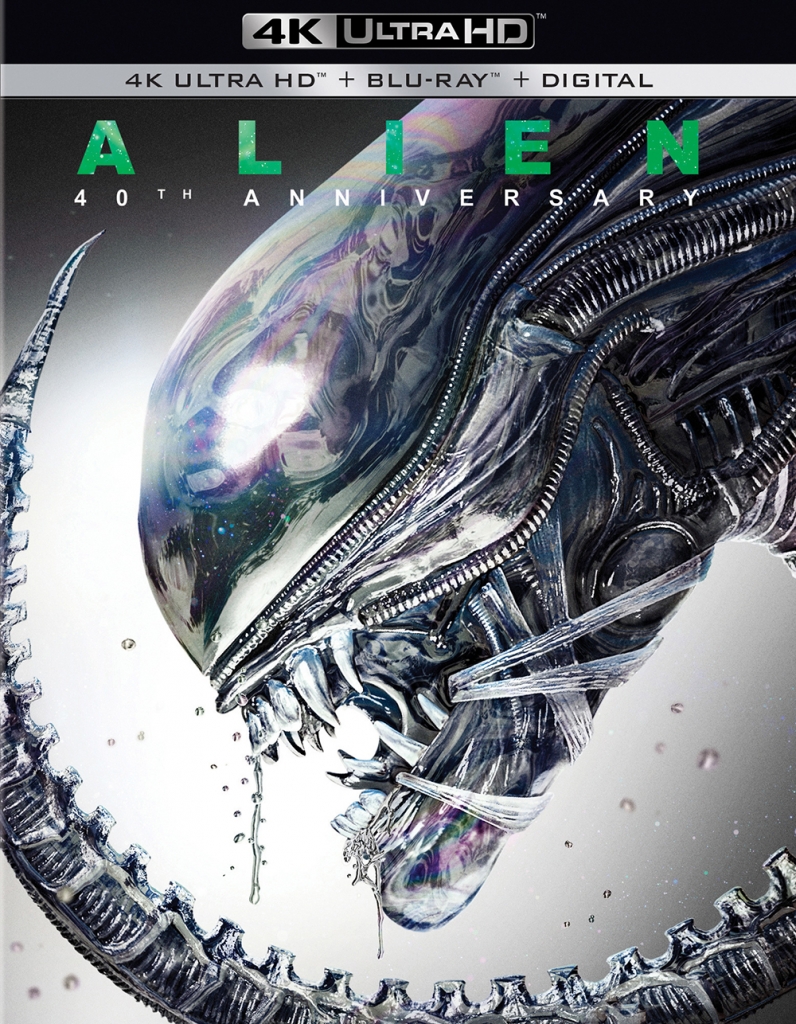 April 26th has become a special day for fans of one of the most revered franchises in film history: Alien. Forty years ago, the world was treated to an incredibly well-crafted film. It was one that effortlessly blended sci-fi and horror, creating a truly unique experience for movie goers and subsequently spawning five more films and a legion of fans.

Now, in its fourth official year, Fox commemorates the seminal series with another stellar Alien Day celebration — named after the moon LV-426 that Hadley’s Hope was built upon. Continuing the relatively new tradition of Alien Day, several specials, offers, contests, screenings and releases from a variety of hosts and merchants are made available to the masses to help pay tribute to these astounding cinematic achievements.

This year, a new gorgeous 4K— Blu-ray of the original 1979 Alien has been released. Reebok unveiled the “Alien Stompers”, some rad shoes similar to what Ripley sports in Aliens. They come complete with a certificate of authenticity and protective bags to keep your stompers fresh. Funko recently released an all-new 2109 lineup of ALIEN Pop figures, including Ripley holding Jonesy! NECA and ReAction also chimed in for the celebration, with Upper Deck creating a series of trading cards highlighting Alien 3.

There are literally loads of offers in conjunction with 4/26 and you can check out the goodies at https://www.alienuniverse.com/post/alien-day-product-announcements.

Cinematic history in the making 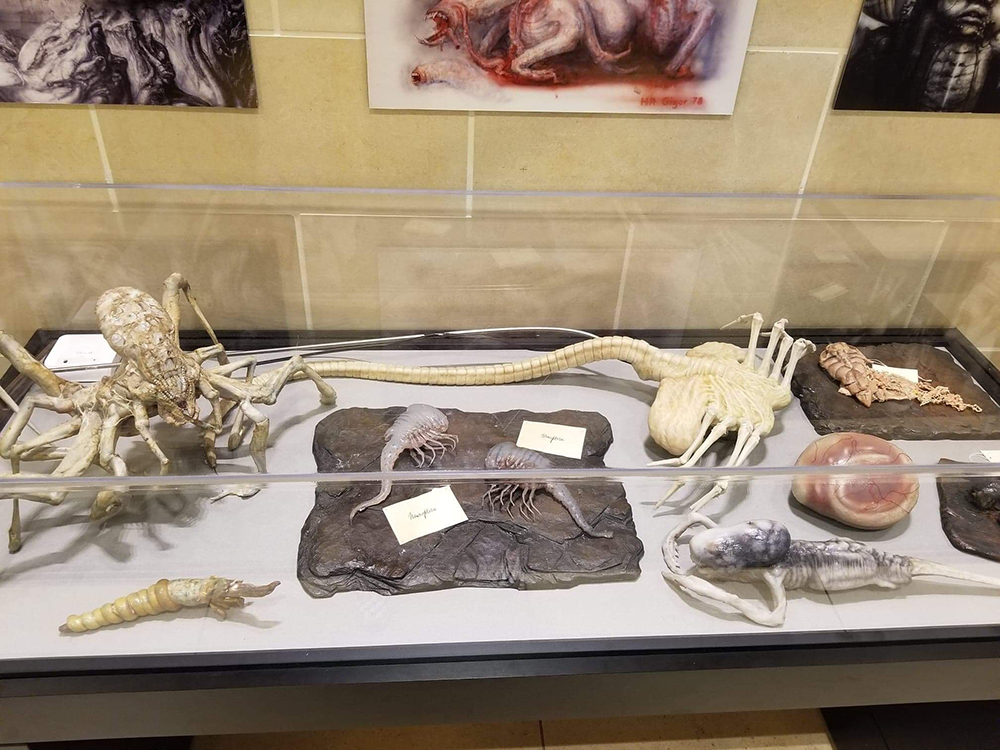 I fucking love the Alien films. No other franchise out there has the number of insanely talented directors and their cast and crew taking the helm one after another to help further the love and lore of its narrative (the opening trilogy was headed by Ridley Scott, James Cameron, and David Fincher). This story was writer Dan O’Bannon’s baby, and he fought tooth and nail to keep the integrity of his creation in tact.

The seed of Alien was planted for the scribe back in his days with John Carpenter at the USC School of Cinematic Arts in Los Angeles. A student film entitled Dark Star, which both O’Bannon and Carpenter worked on, quickly got out of hand, becoming way too much to be simply a student project. The production was scratched as a student endeavor and instead actually released. 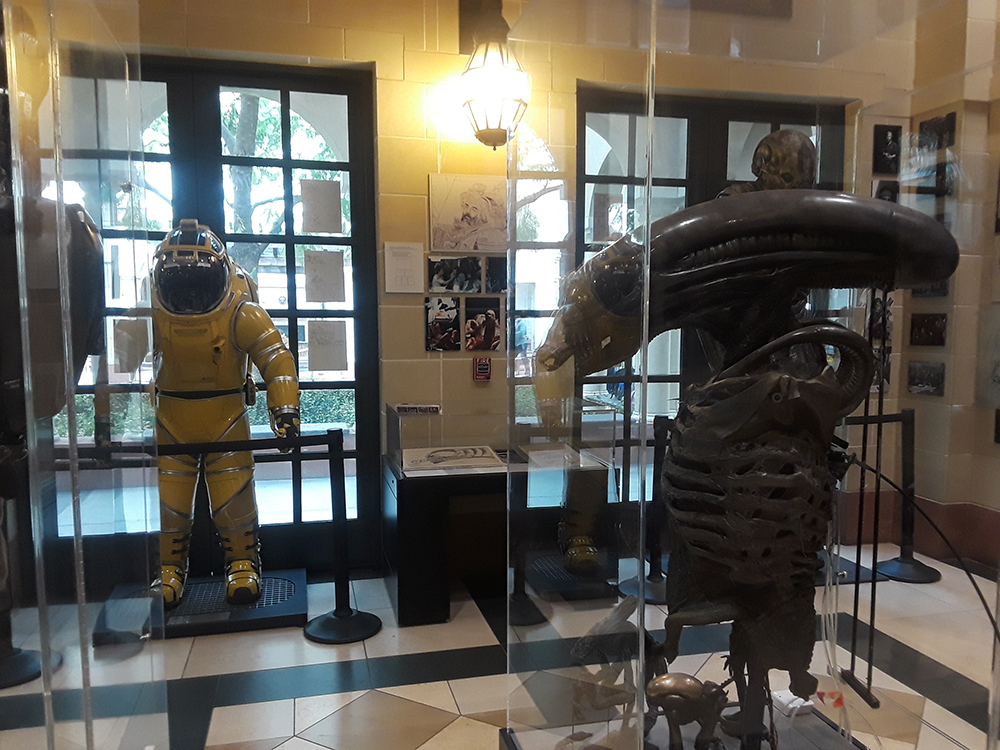 The writer remained desperate to be able to make a movie in which an alien lifeform was scary, well conceived and well executed on film. After three months of writing and eating mainly just hot dogs, O’Bannon knocked out the first draft of what would become Alien.

A perfect storm was gathering. 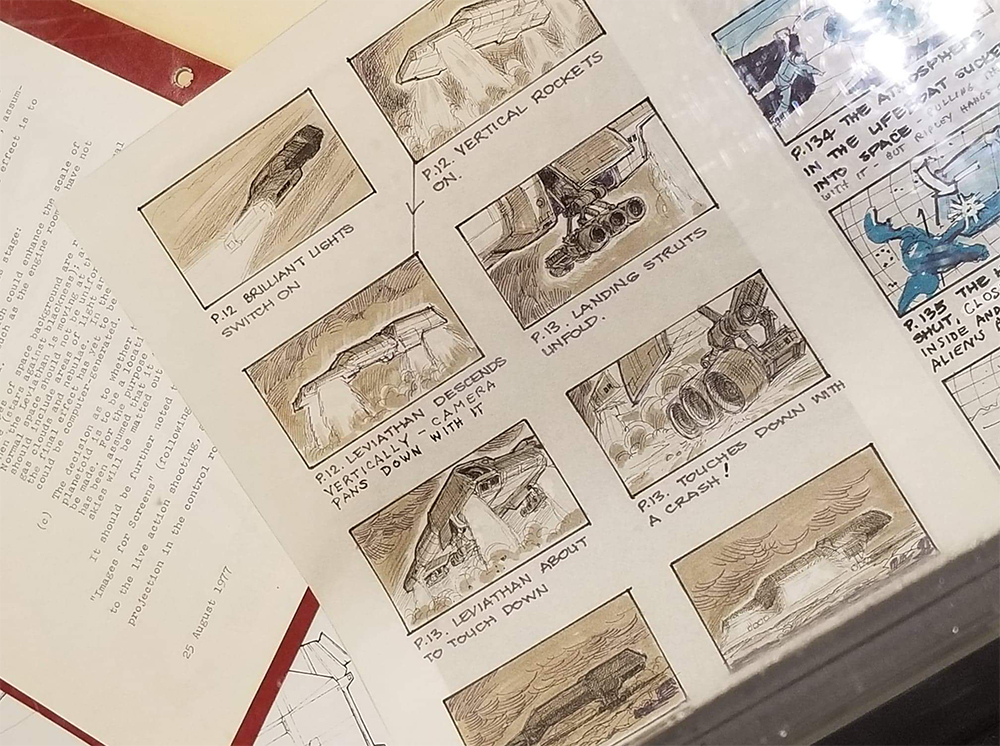 It was a storm that would whip up incredible talents from across the globe and bring them together to help create some of the most important additions to cinema. Don’t think that there wasn’t any turmoil in doing so, though. O’Bannon’s script was terrorized in his eyes once other backers came aboard, and he felt that perhaps he could potentially lose his grasp on what he was so incredibly and rightfully proud of.

His strong friendship with producer and co-creator Ronald Shusett proved beneficial and calming, with Shusett definitely noting the tone his buddy intended to take with Alien. With some bickering, some rewriting, and a lot of potential, the key components were being addressed and the production was gaining momentum. 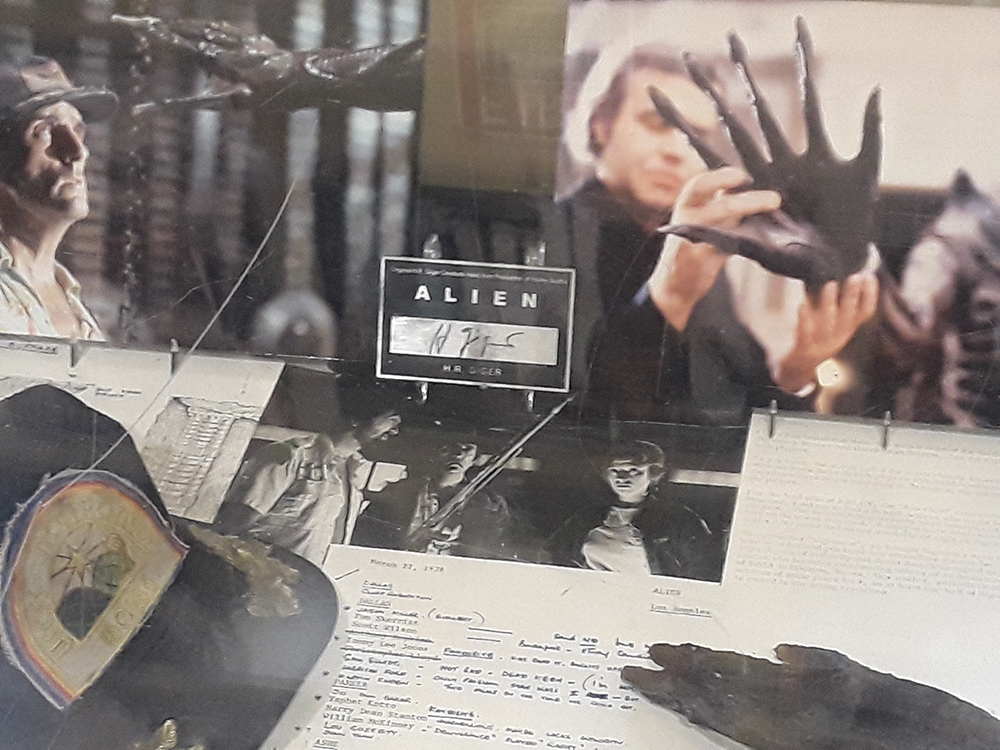 Roger Corman was at one time slated to head the ambitious sci-fi project, but the majority of the financial backers wished this to be an all-out affair and not a ‘B Movie.’ Even though this may sound pretty damn cool, we cannot deny what Ridley Scott brought to the table.

Once attached to the film, Ridley, a relatively unknown director at the time, was able to create some unbelievable storyboards that he passed on to the producers and creative departments. His enthusiasm for Alien and what he thought he could offer was undeniable. With almost one fell swoop of substantial storyboards, he secured damn near double the budget initially agreed upon. How could you not appreciate a man who wanted to do the Texas Chainsaw Massacre of Science Fiction?

The next issue at hand was how the fuck do they design a horrific, intergalactic, monster? 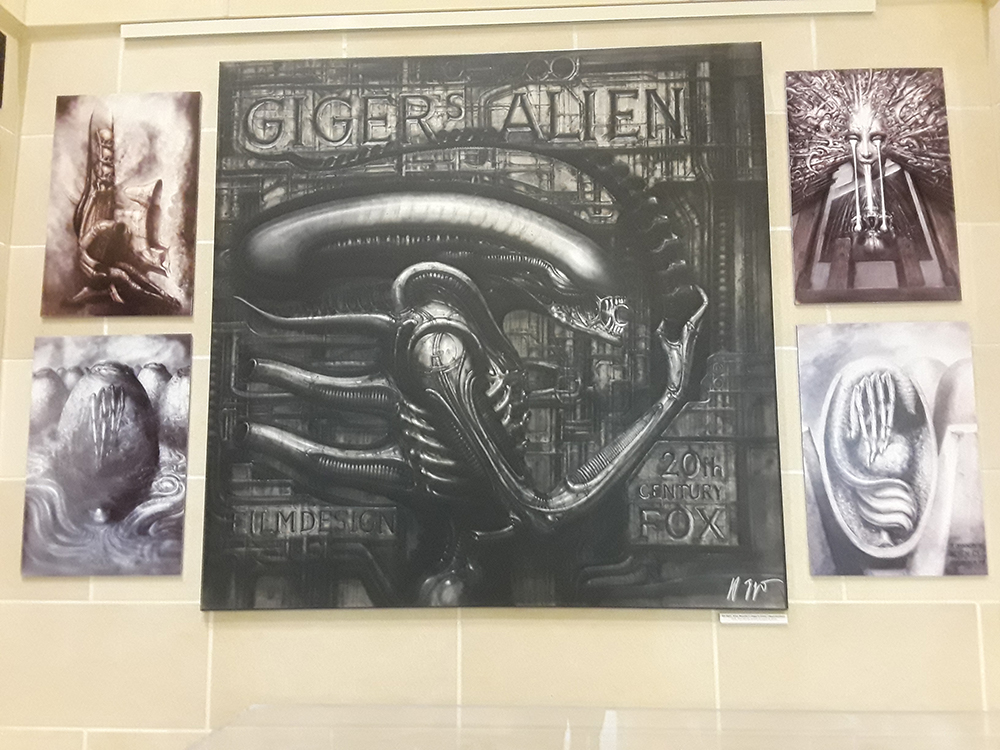 Dark, authentic artistic greatness is what created the Xenomorph. An alien lifeform whose sole purpose was to relentlessly eradicate inferior species by violently ‘impregnating’ them with its young. This fucking creature is downright terrifying.

Giger brought nothing but pure, unadulterated nightmare fuel to his artwork, which is precisely why he was chosen by many to be the architect of the killer alien. 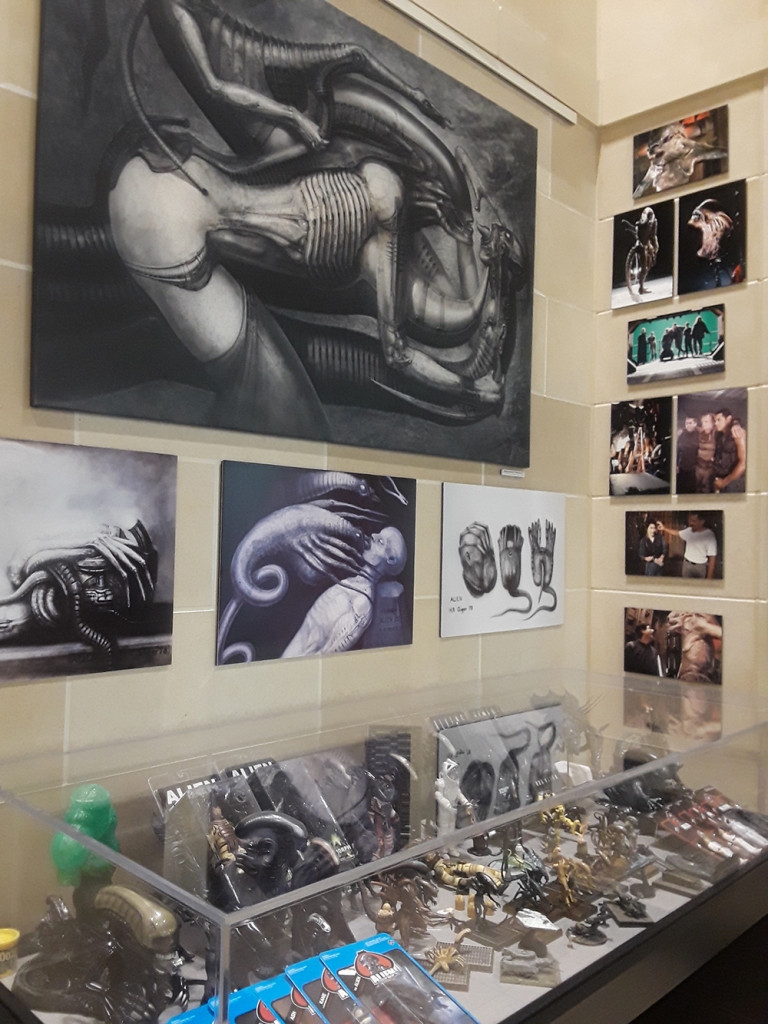