In Space No One Can Hear You Scream: A Case for the Alien Franchise’s Place in Horror History

As we prepare for the Alien Covenant premiere, we review the films making up the iconic, nearly 40-year-long Alien franchise.

Movie genres can be hard to define, especially in the case of horror. There are all kinds of related genres and sub-genres of horror, including thrillers, horror comedies, sci-fi horror and more. It can become even more complicated when a film becomes a franchise — getting one or more sequels — and the original filmmaker may no longer be involved. This isn’t an issue for franchises like The Conjuring, Sinister, Insidious or really most other Blumhouse films; however, one of the classic horror properties for film buffs, Alien (and its follow-ups), is highly contested with each new release. Is it horror? Is it sci-fi? Is it action? Is it all of these…and more? Let’s break these movies down one-by-one.

Warning: there will be spoilers for the theatrical versions of each of the five movies currently in the Alien franchise. 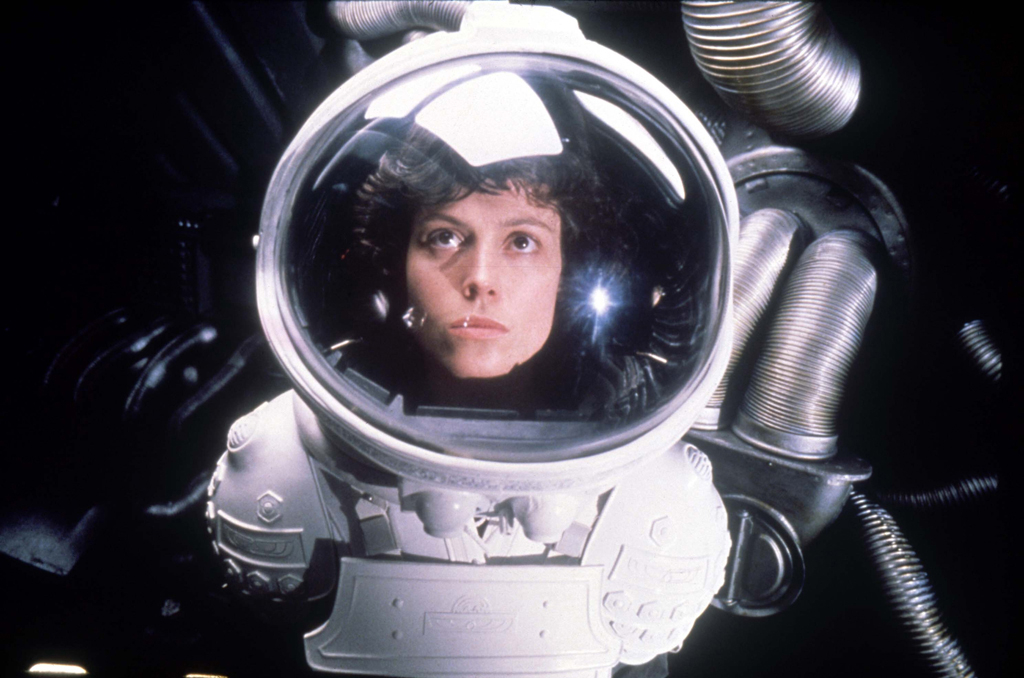 Ridley Scott’s original, from 1979, is typically seen as a horror film without much argument. Of course, there are undeniable science fiction roots to any movie that is set on a spacecraft with hypersleep pods, androids and extraterrestrial life, but the focus of the film is on the horrors experienced by the crew of the Nostromo, not the exploration of new scientific frontiers. The movie’s marketing, however minimalist, even played up the genre with eerie sound design and the famous tagline “In space no one can hear you scream.”

In fact, the movie almost works as a typical slasher film, with the Nostromo’s crew being offed one at a time in a variety of ways, but this time the killer is an alien with acid blood rather than a slow-paced man with a knife. With Ellen Ripley, the badass heroine of this film, also acting as the Final Girl, the parallels are clear. The setting also adds more suspense to this slasher setup, since there is really nowhere to hide from the killer, and certainly nowhere to go to escape the threat when you’re trapped in a spacecraft far from home.

There is no doubt about it — Alien is a horror film in every sense. 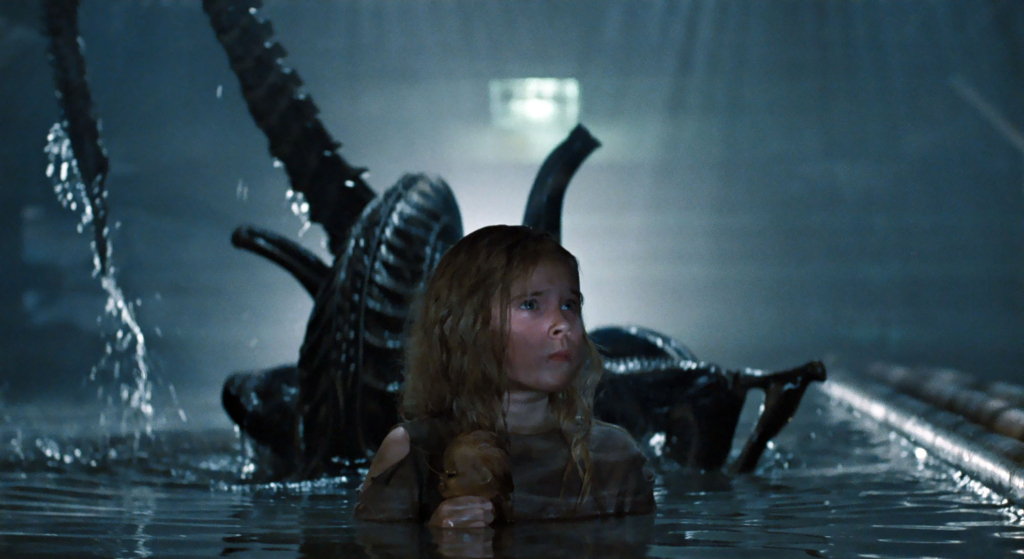 James Cameron’s 1986 sequel to Alien, which obviously added more of the title creatures for a plural noun, added a lot more to the franchise. Where Alien focused on a small crew aboard a single spacecraft, Aliens brought in marines (and Paul Reiser) and took them to a new planet to fight — or really, capture — the extraterrestrials that proved to be a threat in the first film. With the addition of military force and the increase in weaponry, a lot of people consider Aliens to be a sci-fi action film rather than a horror movie like the one before it. Again, science fiction is clearly a big part of it, and there’s even plenty of comedy, mostly thanks to the late Bill Paxton’s Private Hudson. Even in introducing Newt and giving Ripley a maternal role, the movie delves into drama.

Despite these tone changes, there are still a number of arguments to be made that Aliens falls into the genre of horror, too. There is no lack of suspense, particularly when they are searching for Xenomorphs using the Motion Trackers. During those moments, both the onscreen characters and the audience watching are in the dark, wondering if the trackers are finding aliens and, if so, what those aliens might do next. There’s also the marines’ exploration of the planet and scenes of the cave where the Alien Queen incubates eggs and human hosts. Most of the film uses the fear of the unknown, just as Alien did, and it’s no less effective the second time around. The battle between Ripley and the Alien Queen is action-packed, but the adrenaline felt by the audience is a mix of the action and the fear that the protagonists may not survive this time around, and the latter part can’t be ignored.

So yes, Aliens does add other genres to the mix making it less intensely scary than its predecessor, but at its core, this too is a horror film. 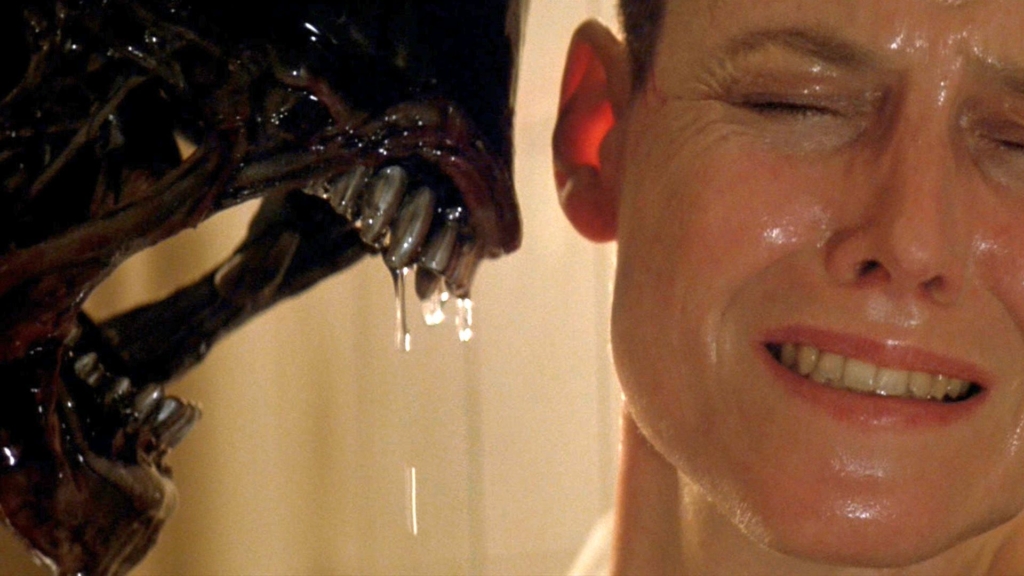 The third installment, which was the debut feature of director David Fincher, is one of the less-adored Alien films. Within the first 15 minutes of the film, we learn that neither Newt nor Hicks survived the crash landing on Fiorina “Fury” 161, leaving Ripley as the only survivor, yet again; though she briefly reunites with Bishop later in the film, he too has reached the end of his lifespan shortly after their conversation. In examining the wreckage of their escape pod, it is also discovered that an alien specimen has followed Ripley to her new temporary home.

Fury 161 serves as a penal colony for men with double-Y chromosome syndrome, a mutation that causes them to commit violent crimes like rape and murder. Here, Ripley’s safety is compromised not only by the alien species, but also by the prisoners. None of the prisoners are particularly unique, and the group as a whole just becomes a team that has to work together to help save others from the Xenomorphs and their offspring. Despite a complicated plan to kill the creature, which ends up leading to the deaths of many prisoners, the Xenomorph puts up quite a fight before it can be destroyed. With the knowledge that a Chestburster resides inside of her, Ripley chooses to sacrifice herself for the good of mankind.

There are too many similar characters to keep track of in this film, so the audience may not be as invested in the outcome as with Alien and Aliens. Additionally, Alien³ has a few small scares, but largely follows the pattern of a dramatic film with several action-packed set pieces.

This movie, more than the two that preceded it, has lost the horror roots of the franchise as a whole. 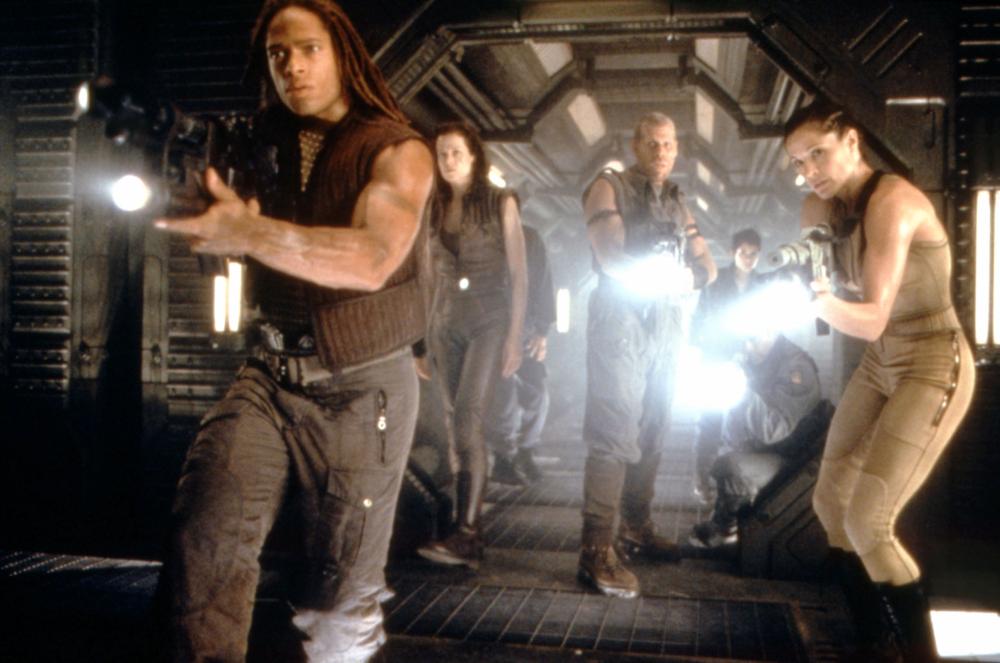 This is the final film in the series, chronologically, and was written by sci-fi fan favorite Joss Whedon. It bears a resemblance to Aliens, in that Ellen Ripley* is joined by a group of individualistic characters as they fight their way to an escape from a spaceship full of aliens. There are recognizable faces in this late ‘90s vehicle, including Ron Perlman’s wisecracking mercenary Johner and Winona Ryder’s Call, who turns out to be an android in a surprising reveal.