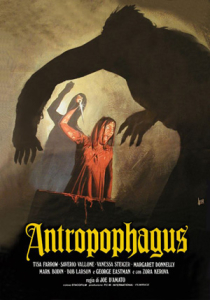 Synopsis: A group of friends sail to an island to visit family that live there, but find it deserted upon arrival. After a little exploration, they find dead bodies and only one survivor. Soon, they are hunted down by a crazed cannibal who’ll eat just about anything.

You’re on a boat heading to an island full of sunshine and relaxation. What could possibly go wrong? For this group of unlucky youngsters, the answer is a lot…especially when you’re headed to an island inhabited by a man with a taste for human flesh, who was driven insane after eating his wife and child on a raft after being stranded in the middle of the ocean. 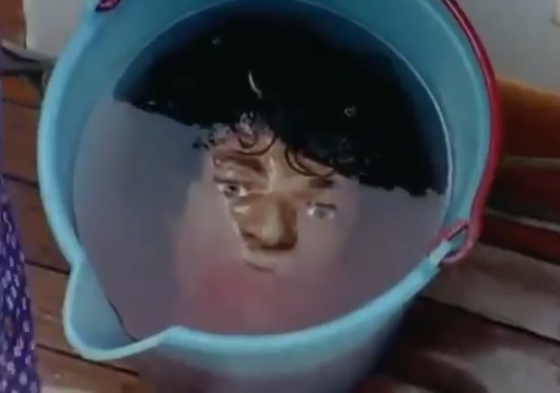 Just as I was about to type ‘Anthropophagus’ for the 1000th time, I thought I’d actually find out what the word means. Very simply, it means ‘cannibal’. Overall, this film is well made, with good locations and visuals. As a result, the weak script doesn’t drag it down too much. The dubbing is just bad and the music is completely bizarre at some points, especially in the first part of the film where it sounds like circus music. In some films, it’s effective to have contrasting music as it unnerves the viewer and lulls you into a false sense of security (like in Zombie Flesh Eaters), but it just doesn’t work here.

The action kicks off with an ominous reading of the Tarot cards, an overused trope in horror films. We get a warning via the reader of impending doom and not so subtle foreshadowing. I found it cliched and lazy, although it may have been more innovative at the time this film was made. 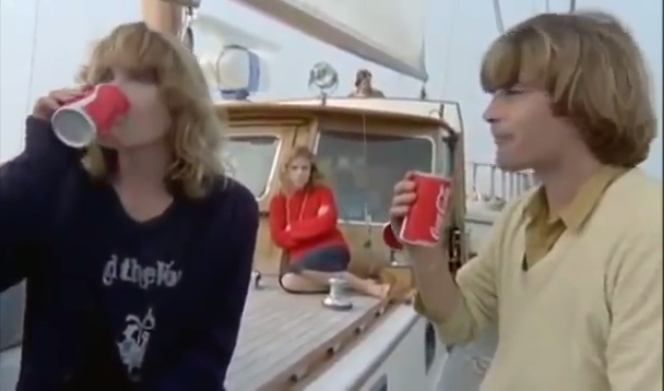 One thing which made me laugh quite a bit is the BLATANT product placement. Apparently the best thing about being on a boat is the copious amounts of Coca-Cola you get to drink. It’s just so obvious that it’s comical. Marlboro cigarettes make it into the frame as well. Clearly, if there are two things that you need in life, it’s Marlboros & Coca-Cola.

The acting isn’t great. The only decent actor is Tisa Farrow (sister of Mia Farrow), but the dubbing stinks of over-acting, which brings down the acting quality as a whole. The plot is sometimes slow-moving, and there were a few times I found myself a little bored and wondering when it was going to get into the action. There are parts of the movie that really drag when we’re just watching the characters wander around the island. 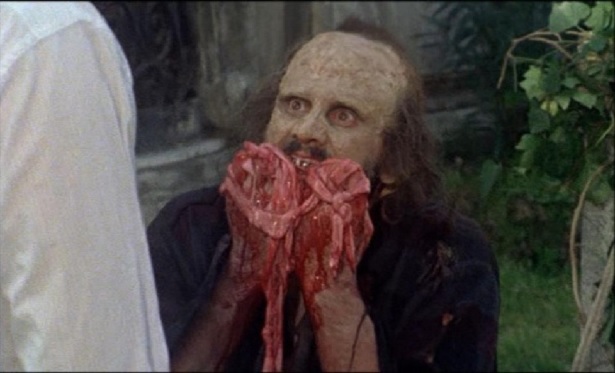 But now let’s get down to the gore. It’s actually quite effective and impressive, including one infamous scene that would certainly have shocked the viewers at the time of the films release. Stop reading if you haven’t yet heard about this notorious video nasty moment and don’t want to have the movie spoiled…

SPOILER ALERT: The moment that really seals this movie’s place in video nasty gore history is when a fetus is eaten. A pregnant woman is kidnapped by the crazy cannibal. The killer violently rips the fetus out of her and precedes to bite into it. The ‘fetus’ is actually a skinned rabbit, but the effect is quite disturbing. It helps elevate this film above other forgettable exploitation films of the time, but I can imagine it causing quite an uproar during the film’s initial release. This infamous scene clearly helped land this film on the DPP list and is likely to still affect even some modern viewers.