Art of the Scare: Crafting a Horror Story Like Stephen King

Modeling your writing career after Stephen King may be a lofty goal, but there’s much you can learn from the master to hone your craft. 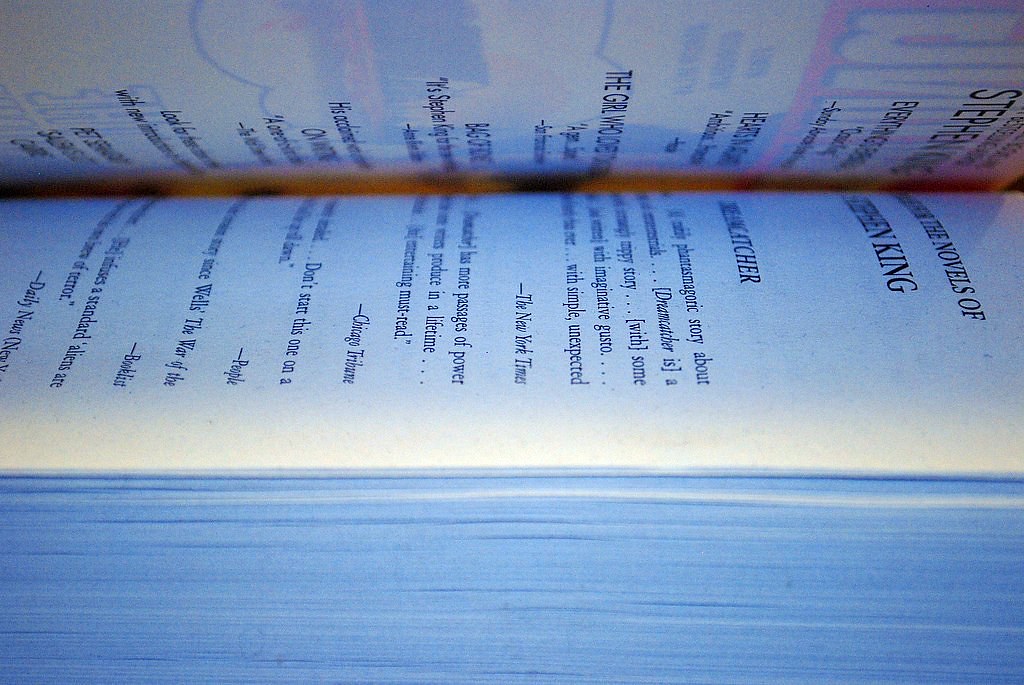 “stephen king” by caryatidxx is licensed under CC BY-SA 2.0.
In our new “Art of the Scare” series, we take you behind the scenes of great horror to explore the elements that make the genre so compelling. Whether you are an aspiring creator in the genre or just someone curious about how scary movie magic is made, we’ve got you covered. We also explore the craft of frightful fiction and other genre entertainment.

Most new writers in the horror genre are inspired by Stephen King and hope to be able to learn from his highly effective storytelling style. Even experienced writers revere how King can combine different devices to produce a mind-blowing work of literature. With an estimated 350 million books sold, few authors have impacted the horror genre the way he is. And he continues to publish best-sellers to add to his list of over 50 titles.

King owes a lot of his fame to his best-selling book The Shining. This beloved novel was influenced to a great extent by great popular literature like Edgar Allan Poe’s horror story The Masque of the Red Death. First published in 1977, it remains his top-selling novel of all time. It was also adapted for film in 1980, which resulted in one of the most important and celebrated genre films of all time.

King takes the art of the scary story to the next level. His writing style holds the reader in a tight position, delivering palpable tension and evoking powerful emotions. If you want to try to emulate some of his success and become an influential horror writer, we have some killer writing tips to help you stand out and get noticed. 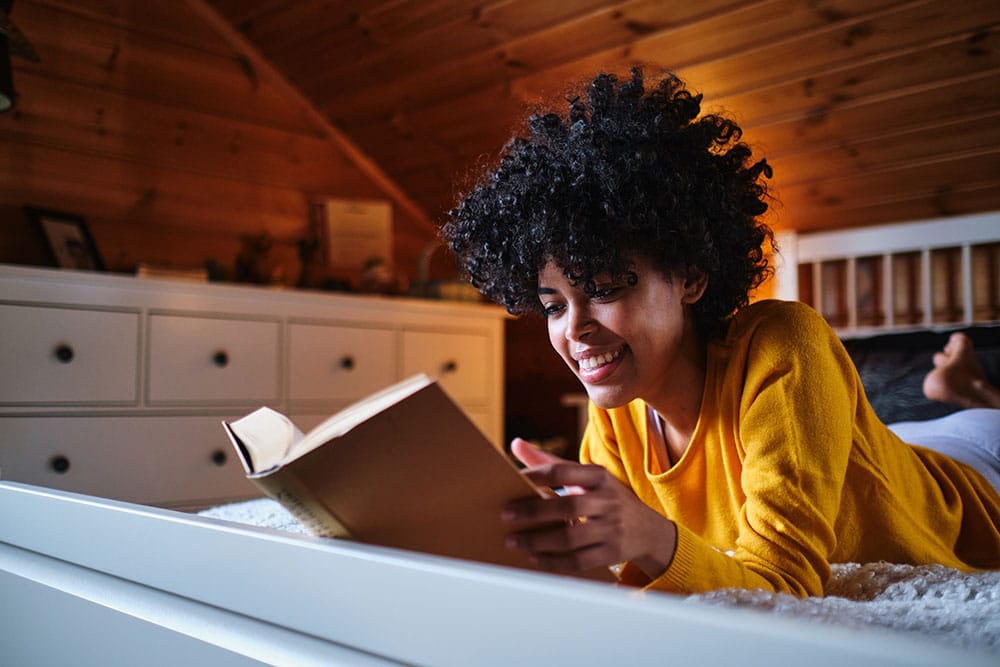 It’s such a simple piece of advice and one I’m sure you’ve heard many times before — including from King himself. In fact, Stephen King takes a book with him wherever he goes and even reads during meals.

“If you want to be a writer, you must do two things above all others: read a lot and write a lot,” he says.

As intuitive as this advice may seem, many writers ignore it. Writers want to write, and they often fail to take the time to study in-depth the writing of those they truly admire.  Reading is the best way to get closer to the creative process of great writers like King. It helps you understand the use of different literary devices. There is no shortcut to it, unfortunately. Reading is part of your essential education as a writer. King even points out that you learn a lot from bad literary works, helping you avoid the same pitfalls in your writing.

Reading is the treadmill on which your book-writing skills are trained to attain maximum capacity. If you want to write like Stephen King, read every King book you can get your hands on. You might even consider a presentation writing service to help break down different novels for you in easy-to-digest slide format. This isn’t a substitute for reading great books, but it can help you quickly expand your knowledge base in a short period of time. A great PowerPoint writer will identify key ideas and different uses of literary tools that can further your education.

King is a very prolific writer, and you will need time to get through his extensive catalog. However, if you are looking to get started, here are some of the best we recommend:

And if you already have a solid Stephen King foundation, these recent titles are also well worth a read: 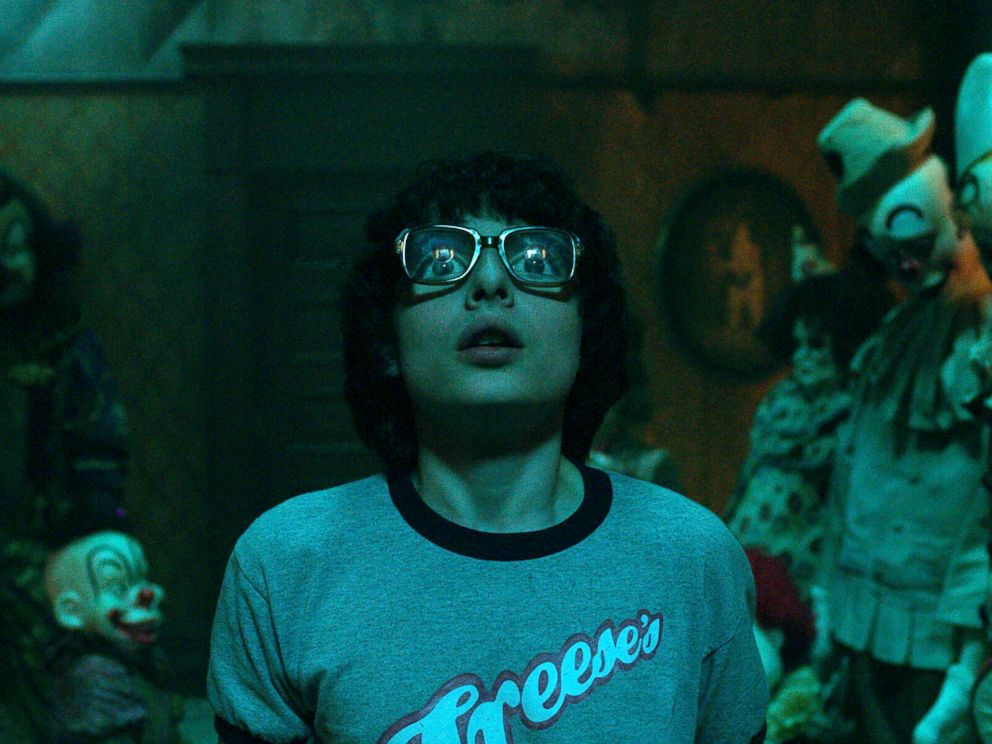 What sets great writers apart from mediocre ones? It’s their ability to create compelling, memorable, relatable characters. Horror is so much more than just cheap scares and nightmare fuel. The best horror lingers by truly investing you in its characters and making you care about what happens to them, all while making them believable enough to imagine what it would be like to face the same terrors.

A writer like Stephen King deposits important information in the crafting of his or her characters. The characters serve as a psychological way of entering the writer’s mind. You should know what makes a character like Randall Flagg distinct from Carrie White or Paul Sheldon, Dolores Claiborne, or John Coffey. Observe the key differences between different characters. What motivates them? What defines heroism and villainy? Also, consider these characters’ development, backstories, uniqueness, and overall adaptability across different Stephen King novels.

Stephen King himself has gone on record with some of his own favorite characters he’s crafted over the years. And it’s no surprise that most of them happen to be audience favorites as well — like Annie Wilkes from Misery, Lisey Landon from Lisey’s Story, Eddie Dean from The Dark Tower, and Riche Tozier from IT. While you most certainly have your own favorites, these characters, near and dear to the author’s heart, are a great place to begin studying and learning from what makes them so indelible.

3. Borrow From the Best 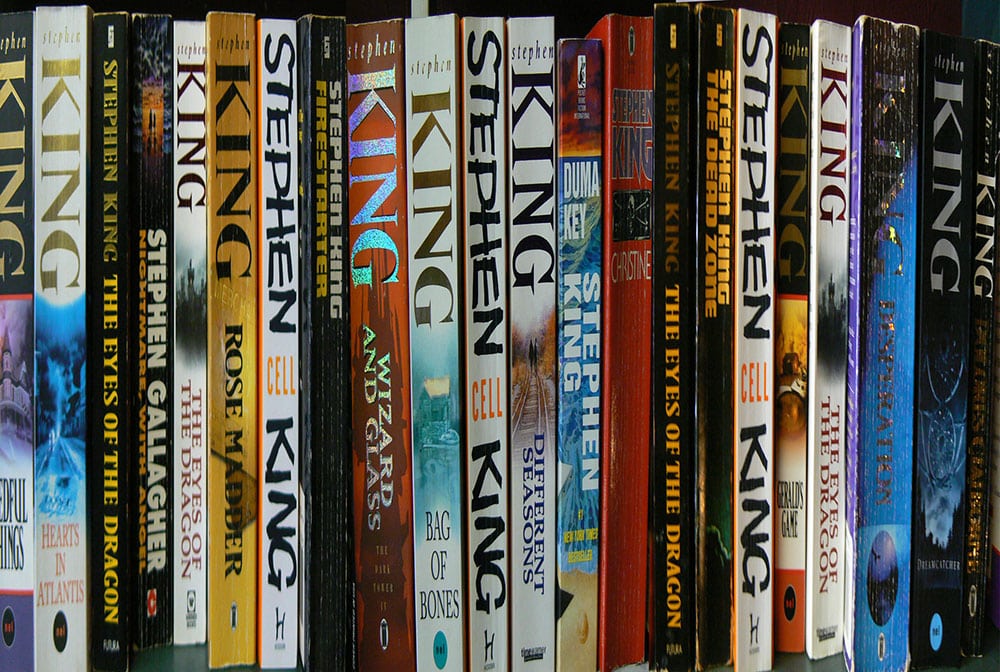 “Stephen King” by robbophotos is licensed under CC BY 2.0.

While it’s important to develop your own unique voice and find a way to differentiate yourself from others, always remember good artists copy, there’s no shame in it. In fact, it’s encouraged. There’s a good reason why our #1 tip was to read what others are writing so you can learn what to infuse into your own writing style. Having a blueprint from which you can draw references is important.

Experiment with Stephen King’s foreshadowing method that creates such thrilling tension and suspense. Be generous with your words, but always keep it simple. One of the hardest skills for young writers to learn is how to edit their writing and trim the fat. It’s the same for aspiring filmmakers who struggle to leave great work on the cutting room floor. Learn and embrace the phrase, “Kill your darlings.” Don’t get so attached to your own words that you forego clarity, pacing, and captivating storytelling for style points.

(Hemingway is a great desktop and mobile tool that can help you simplify your writing and ensure maximum readability.)

Ensure your style has a spellbinding effect, holding readers captive in the alluring unfolding of the story. As we mentioned in tip #2, give your characters souls. Make them as real as possible, and use flashbacks and foreshadowing to create a broad