2017 is the year of Stephen King, and as a life long Stephen King I am INCREDIBLY excited. We get the first part of the IT remake this year, we get a Dark Tower movie, and we get Gerald’s Game coming to Netflix. If that wasn’t enough for you, we also get the recently announced Hulu/Bad Robot series Castle Rock. Oh…AND…we get a new Stephen King book this year that’s co-written with his son Owen called “Sleeping Beauties” coming this October.

Stephen King is incredibly talented when it comes to writing villains. He understands evil better than anyone, which is why his stories have struck such a chord and lasted for so long since he first wrote “Carrie” back in 1974. Who else can make a simple car into a terrifying and believable monster? In tribute to the King of Horror, I thought it would be fun to rank the top ten craziest, most villainous Stephen King characters.

Let’s jump right in (obviously, there could be spoilers for Stephen King novels if you haven’t read them):

10. The Leatherheads from “Under the Dome”

In Under the Dome a small town named Chester’s Mill is suddenly covered by a glass dome that traps the residents inside. The alien race responsible for this are called the Leatherheads. An alien race that is much older and more powerful than humanity is terrifying, and the fact that just the mere sight of them could drive a person mad is too scary to think about. They have no feelings for humanity, they are just observers who construct the Dome much like a child makes an ant farm – morbid curiosity. The Leatherheads are just watching how us lesser beings exist and there is no way to fight them.

They are also mentioned in the AMAZING short story “N” but in “Under the Dome” we truly see what happens when an incredibly intelligent alien species decides to control us.

“I never had any friends later on like the ones I had when I was twelve. Jesus, did you?” 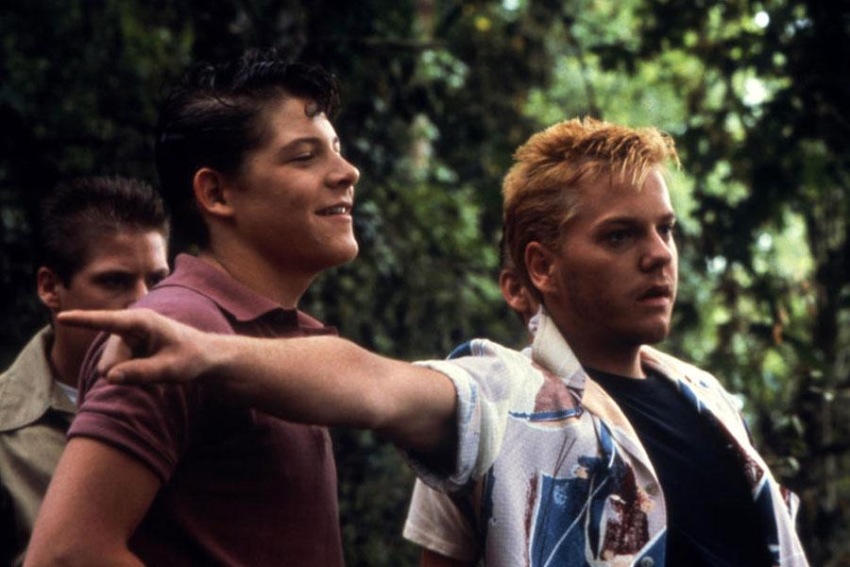 “The Body” is a short story that was made into the fantastic movie Stand By Me in 1986. The story itself captures perfectly what it’s like to be a young kid enjoying the last bit of summer before school hits and adulthood creeps closer. Ace is a bully, plain and simple. But he’s the embodiment of all the bullies we experience as kids. He’s terrifying, he’s grown up, he has a cool haircut, and he is the big bad wolf waiting to devour the kids and their innocence. Stephen King knows how to write bullies and Ace may be the worst of all. He embodies cruelty and slowly goes from villain to pure monster.

“Shake the hand that shook the world.” 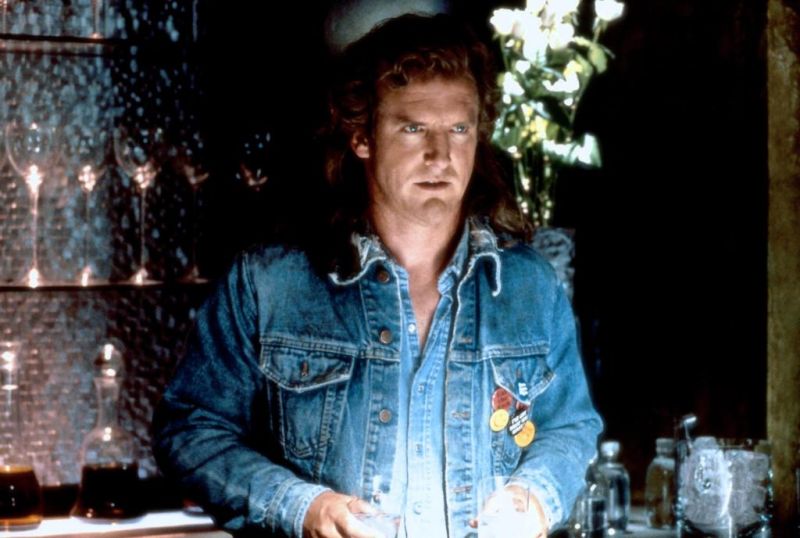 Randall appears many times in the King universe and is sort of hard to pin down as just one villain. He appeared for the first time in “The Stand”, published in 1978, and then went on to appear in “Eyes of the Dragon” (1986), “Hearts in Atlantis” (1999) and “The Dark Tower” series. Flagg is the archetype of all villains and is basically evil as defined in the dictionary. In “The Stand” he gathers followers and builds a screwed up society within a plague infested world. In “Eyes of the Dragon” he plays an evil wizard who poisons the king and manipulates the princes. In “The Dark Tower” series he continuously attempts to thwart Roland’s attempts to get to the tower.

Initially, King based Flagg on Donald DeFreeze who was the leader in the Patty Hearst kidnapping case. Flagg’s reach across the King universe is huge, and the only reason he’s so high up on my list is because he’s so hard to tie down. He inspires evil in people and has lived many, terrible lives. He’s very much a version of Satan, constantly in the background wielding his evil power.

7. Jack Torrance from “The Shining”

“Wendy? Darling? Light, of my life. I’m not gonna hurt ya. I’m just going to bash your brains in.” 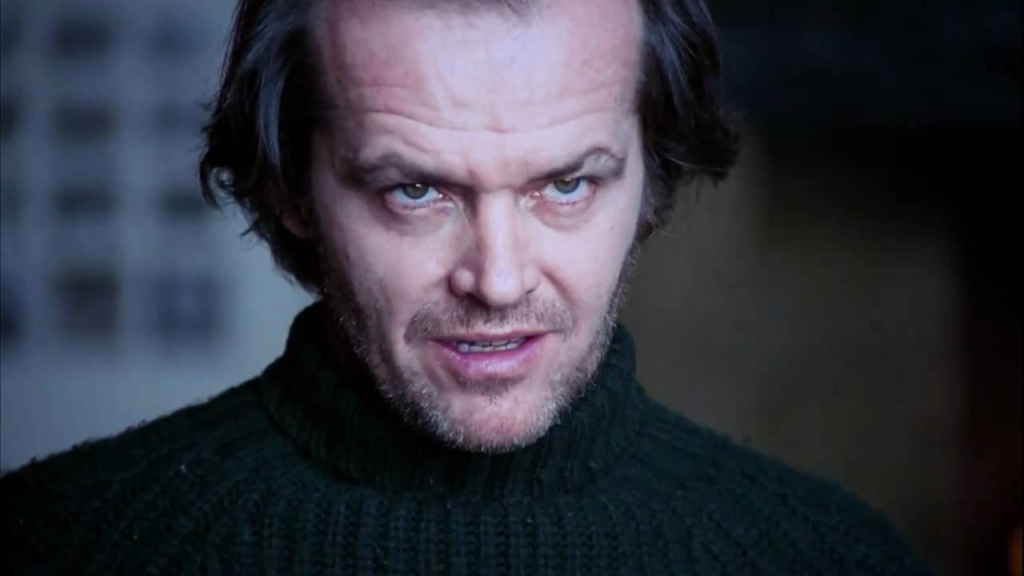 I mean…Jack is the worst. Deal with it. A raging alcoholic, wife abusing, son abusing, lazy son of a bitch. Jack is the villain alongside the hotel itself in the novel “The Shining”, 1980, where he takes his wife and son to look after the Overlook hotel during the winter. He’s destroyed his family by drinking, and letting his temper get the best of him causing him to lose his job and break his son Danny’s arm. He’s already bankrupt the family, and now they’re stuck up in the mountains letting Jack follow his dreams of finishing his play writing and completing the only job anyone will give him. And as the hotel slowly takes over him, it feeds on the evil inside of him already, causing him to go insane. Jack is the epitome of the selfish, self indulgent, bad father figure, and King does a wonderful job writing him.

“We all float down here.” 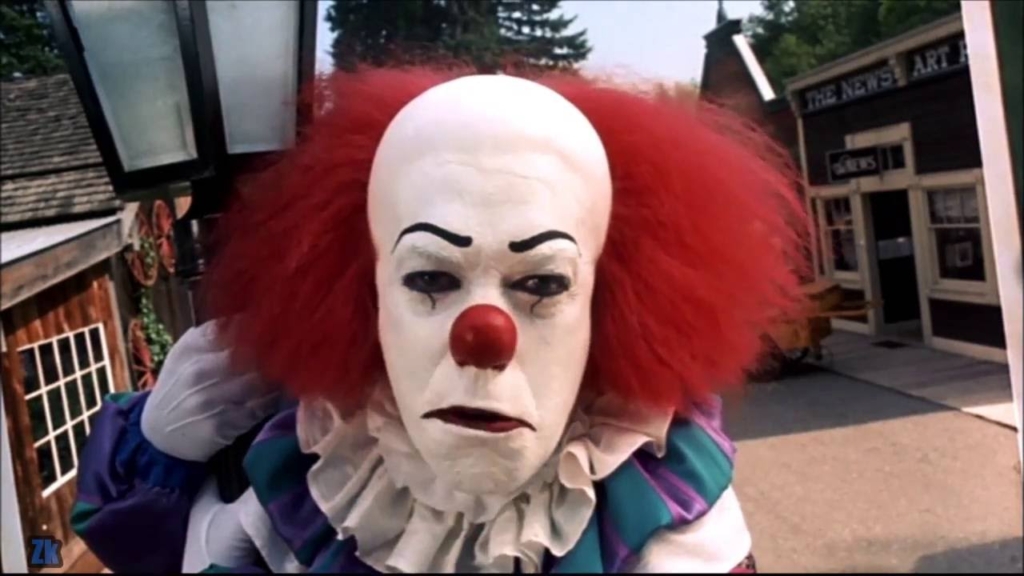 Arguably probably one of King’s most famous villains – Pennywise the clown. Every 27 years “it” rises in the town of Derry to feed. In 1958 “it” rises only to be knocked back by the infamous Losers Club, a group of outcast kids who spend an entire summer bonding and fighting a terrifying clown as it terrorizes them and their families. But decades later “it” rises again, forcing the Losers Club to return as adults and fight once and for all.

Pennywise has some great kills and is also able to manipulate the darker side of Derry causing bullies like Henry Bowers to do its bidding. It takes many forms playing on your deep-rooted fears – a giant spider, a clown that lives in the sewers, and a leprous mummy. “It” is so terrifying and villainous because it simply kills to eat. It’s not in it for glory, for power, for money, it just kills to live. And King did an amazing job at giving an entire generation a fear of clowns.

5. Percy Wetmore from “The Green Mile”

“Sometimes there is absolutely no difference at all between salvation and damnation.” 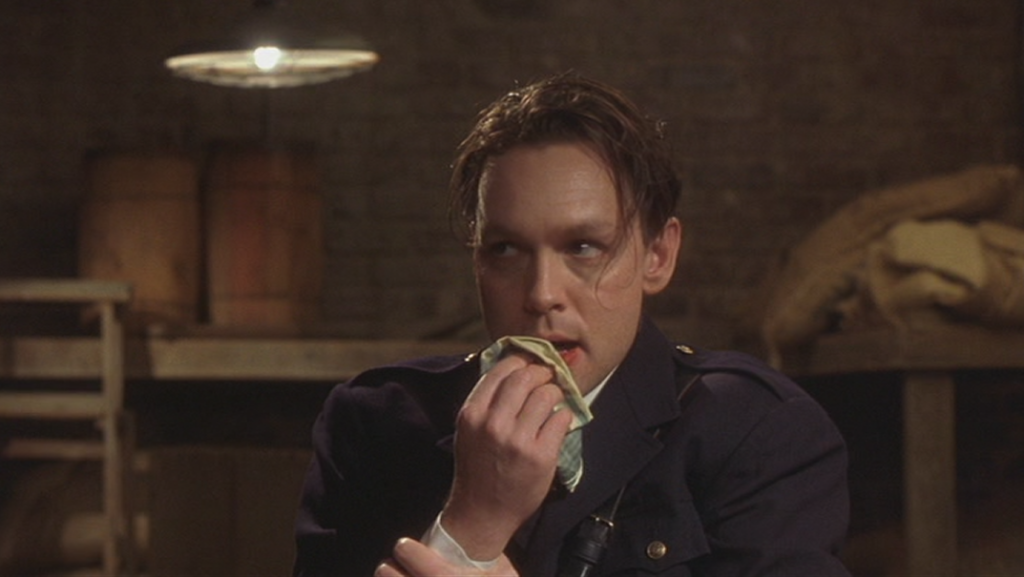 Percy is the most dangerous person in this story simply because he is naturally cruel and petty. He is one of those people who have been given power when he really shouldn’t be given any kind of power EVER. Percy looks over the inmates and ensures each moment that they have to spend on the Mile is filled with cruelty that allows no joy or hope to ever enter. There’s that iconic, devastating scene where Percy kills Mr. Jingles just to watch the inmates suffer and is the perfect example of Percy’s many moments of pointless cruelty. And if that wasn’t enough to convince you – Percy sabotages a guy’s execution just to watch him suffer further. And he does all of this because he CAN. He is corrupted by power which we see so often in society and which King brings to life in the pages of this book.

4. Mother Carmody from The Mist

“The end of times has come. Not in flames, but in mist.”