A compelling interview with KL Randis, bestselling author of “Spilled Milk”, about her experience with childhood sexual abuse and giving hope to others.

It was a great honor to do this interview with KL Randis, the bestselling author of Spilled Milk. The book chronicles her harrowing experience with childhood sexual abuse from her father, and then the unimaginable and grueling process of prosecuting her abuser in court. Giving a voice and hope to victims of all kinds of abuse, Randis has turned her life into a force for good by becoming an advocate against domestic abuse and raising awareness.

Heartbreaking, disturbing, and yet inspirational, Spilled Milk introduces Randis as an unlikely heroic figure who refused to be a victim and instead fought to be a survivor. She is the ultimate final girl.

I encourage everyone reading this to find Spilled Milk and read it (it’s free for Kindle Unlimited subscribers and available on her website here. After getting to know her in this interview, I’m confident you will want to read her compelling story and will find real hope and inspiration. 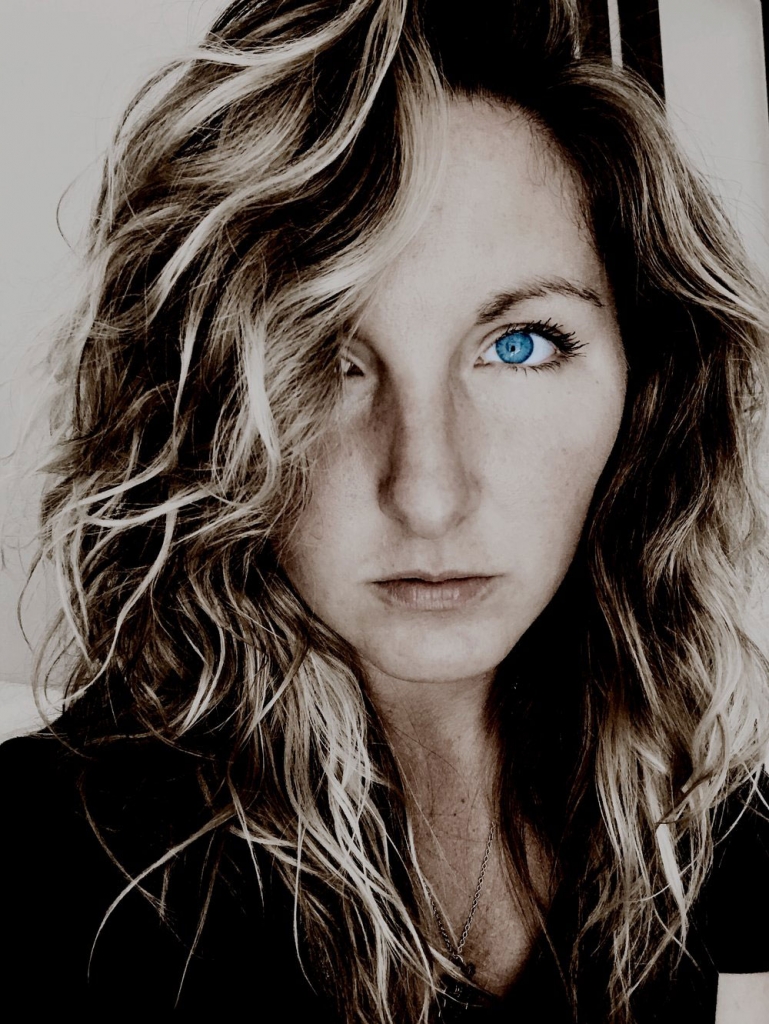 1. How did you come to the decision to write Spilled Milk as a novel instead of a memoir? How do you think this approach strengthened getting your story told and the overall impact of it?

Spilled Milk was written as fiction that is based on true events rather than a memoir. I did it this way because I wanted to give my siblings the space and privacy they deserved to continue on their healing journeys without feeling obligated to answer questions about their childhood experiences. I realized that just because I was ready to publicly speak about things, didn’t mean they were. I wasn’t so much concerned about whether or not it strengthened the story, but rather if they were comfortable and it allowed them space. I was able to combine what one sibling looks like with what another one said with how another one acts.

2. In Spilled Milk, Brooke chooses a journal over a toy for her birthday present at a very young age. What made you think a journal was so important to have as a child?

I didn’t realize at the time how important having an outlet like writing was, I just knew I loved writing and reading and it was an escape for me to write down my thoughts and feelings in journals. I still have all of them, and I still journal. My oldest daughter just turned six and we got her her first journal and she writes in it almost every day. For me it was a way to escape and reflect on things that had happened in the past whether it be a week or years prior. It’s hard to go back and read some of the entries now though. 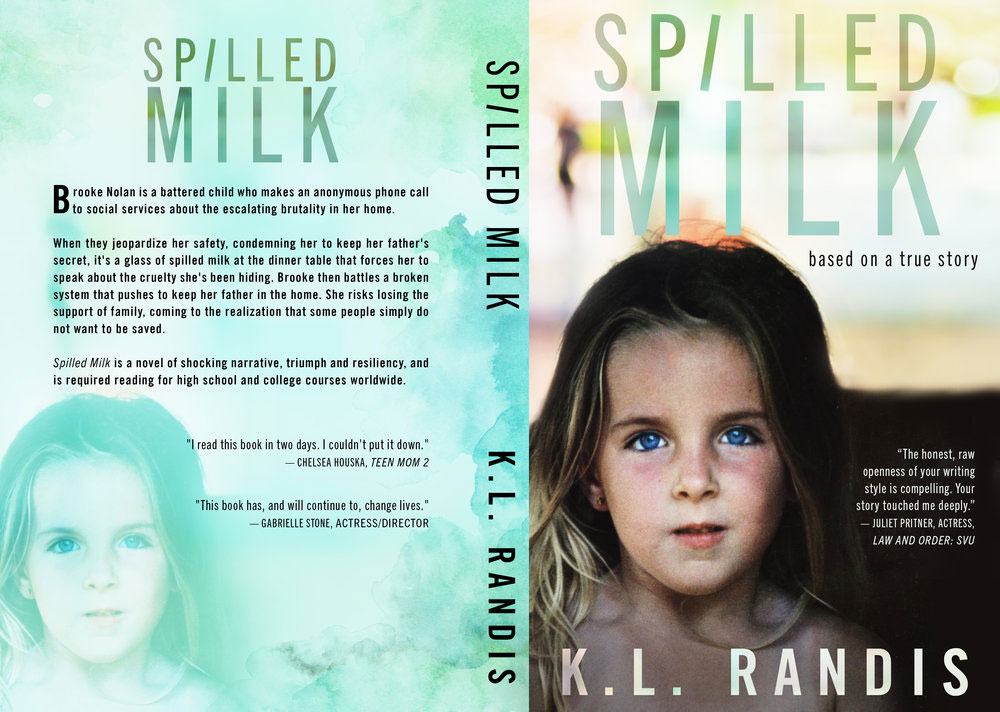 3. Do you still have the journals you kept as a child? Do you ever read these journals? If so, what’s that experience like re-reading those passages?

I have kept every journal I’ve ever written in. I think for me they’re a piece of my history I can always revisit and reflect on as an adult now. I plan to pass them on to my daughters at some point. I had to re-read them as I was writing Spilled Milk and sometimes there were entries that were hard to get through because I knew the explanation behind some of the more cryptic messages and entries (my mother found a journal I had written in/drew pictures in when I was very young and I got in trouble for writing about sex, body parts, etc so I was forbidden from writing about things in specifics after that). When I re-read them I hurt for the little girl I was when I was writing those passages. 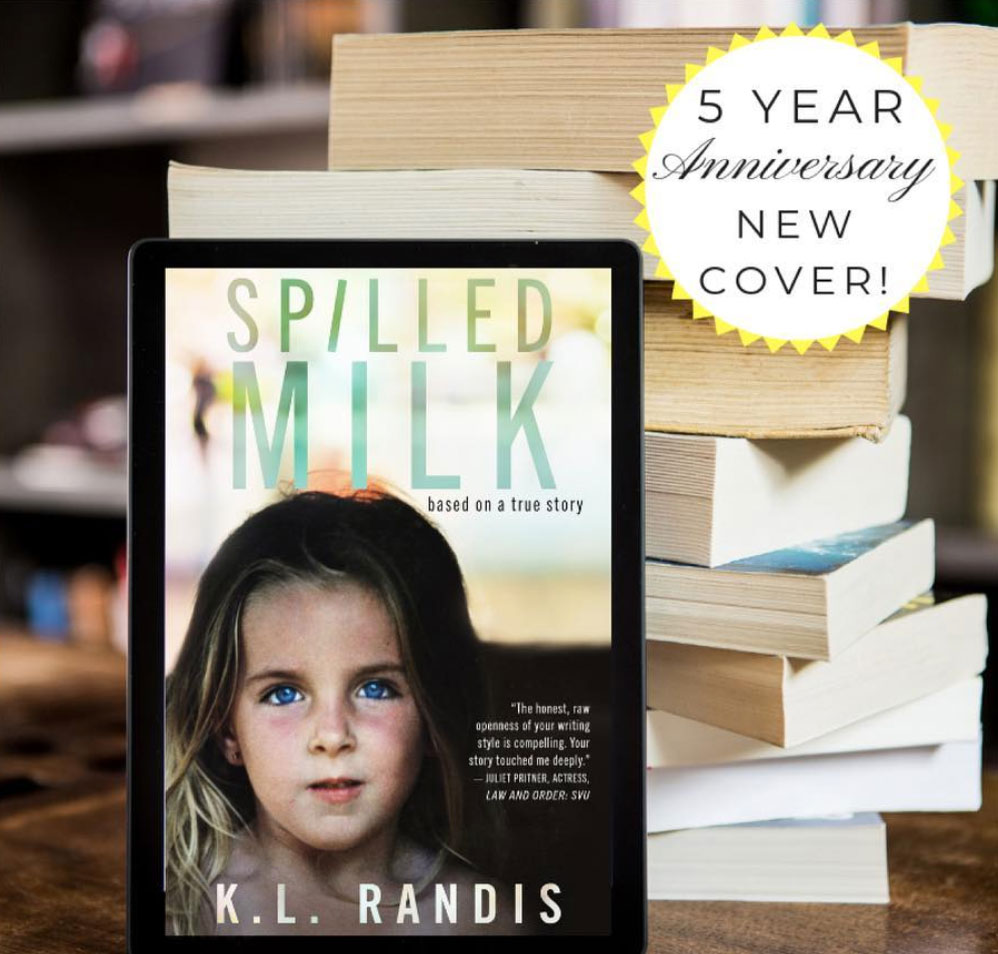 4. After suffering sexual and mental abuse from her father, Brooke has a couple boyfriends in high school and college. Was it difficult to share intimacy in a relationship like that? Did you ever experience a distrust or fear of men?

I think it’s very common for survivors of childhood sexual abuse to have a distrust of people in general once they’re adults. Gender doesn’t play a role in whether or not I trust someone since predators can also be women. For me, becoming a mother is what really forced me to pay attention to the people in my life and my surroundings. I don’t think it’s a fear thing, per say, but a natural response to having a heightened awareness considering my experiences. Intimacy is what happens between two consenting people who care for or love each other, rape and molestation is neither of those things, so I personally have never had an issue separating the two experiences. 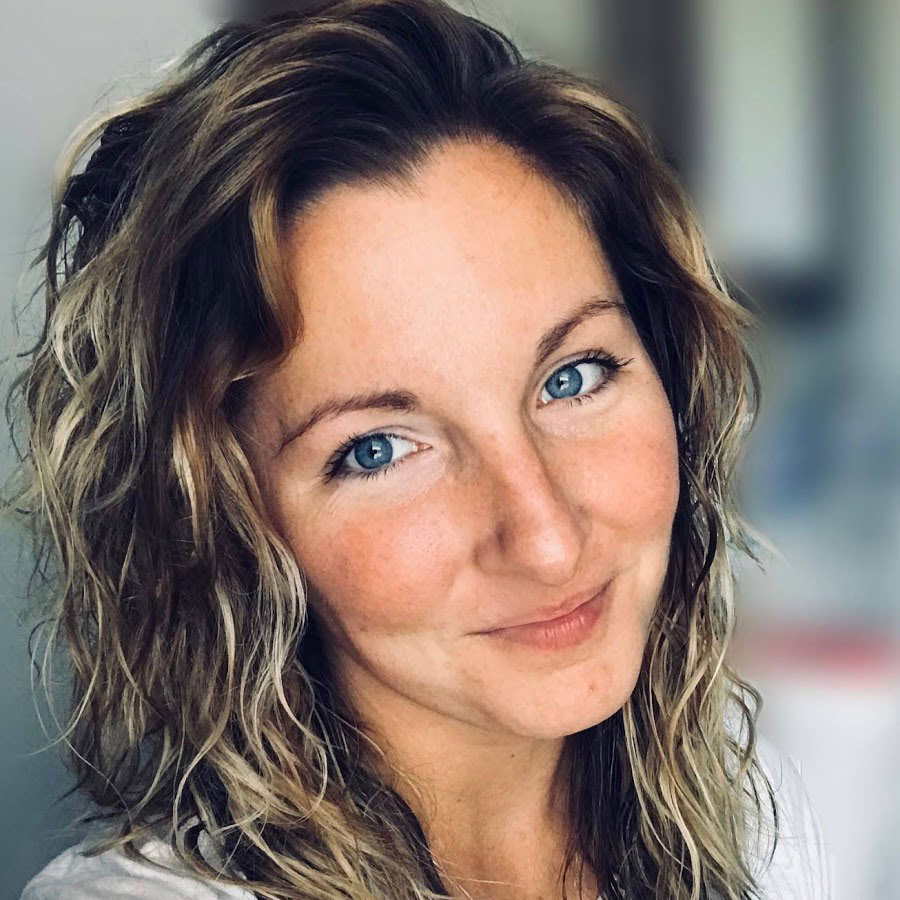 5. Brooke had a couple of very supportive adults in her life in Gina and Midge. Even with these mentors, you’ve maintained a remarkable outlook in life and overcame unimaginable odds. How did you find the courage to focus on what could be and keep things in perspective?

I owe a lot of my positive outlook to my sense of humor and sarcastic attitude. Most of my friends—and even the brother I am closest to—can banter back and forth and someone on the outside might think we genuinely hate each other but it’s all out of love and laughing is one of my favorite things to do. I didn’t want to define the way I live my life based on what my dad did to me, that would mean that he was still in control then. I live my life because I want the best for myself, my husband and my children. I have my days just like anyone, but at the end of the day I want the people around me I love most to have the best version of myself. 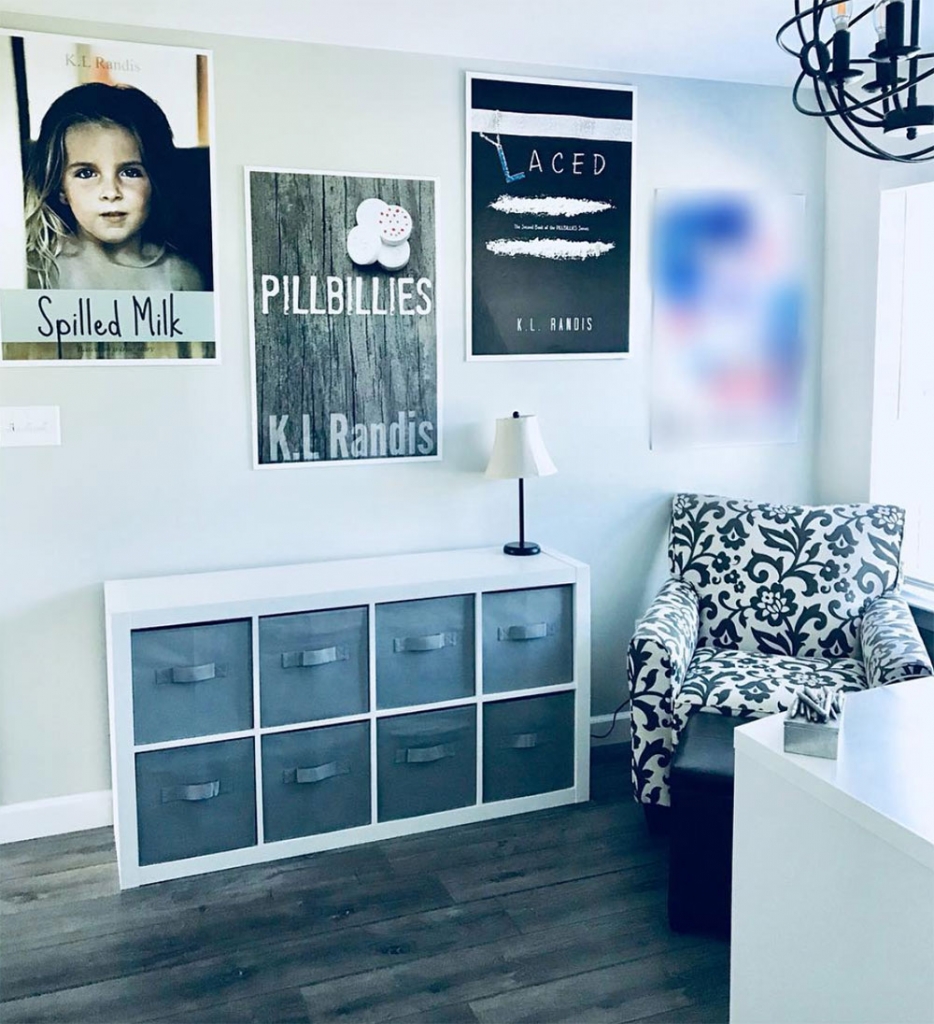 6. How did filmmaker B. Harrison Smith get involved with adapting Spilled Milk into a screenplay? Was a film adaptation something you were seeking or were you approached with the idea?

A little of both! I first contacted him in 2015 through a mutual friend when he was gaining traction in the film industry. This friend had read my book and knew Harrison and thought we should connect. Harrison and I knew of each other since I was a student at the high school where he taught history for years before becoming a filmmaker (even though I never had him as a teacher). When I first brought the novel adaptation idea to him, he took the time to read the book and declined, in the most respectful way possible. Since he knew of me and my family, he felt he was ‘too close’ to the story, our hometown, etc to give it the adaptation it deserved. He pointed me in the direction of another screenwriter and even suggested that I try to adapt it on my own.

We remained in contact over the next few years sharing business successes and highlights; I would often bounce ideas off of him and in a way I guess he became a bit of a mentor to me. Then in June 2018 he had messaged me asking if I ever got around to adapting the screenplay. I told him how hard Spilled Milk was for me to write to begin with, and how I didn’t think I could do the screenplay on my own — but that I also didn’t trust outsourcing it since the story was so personal to me. I think the idea that my story would never be adapted outweighed any reservations he had on delivering a screenplay I would maybe not approve of. We literally started writing the screenplay within that same week, going back and forth with concepts and ideas, and haven’t looked back since. 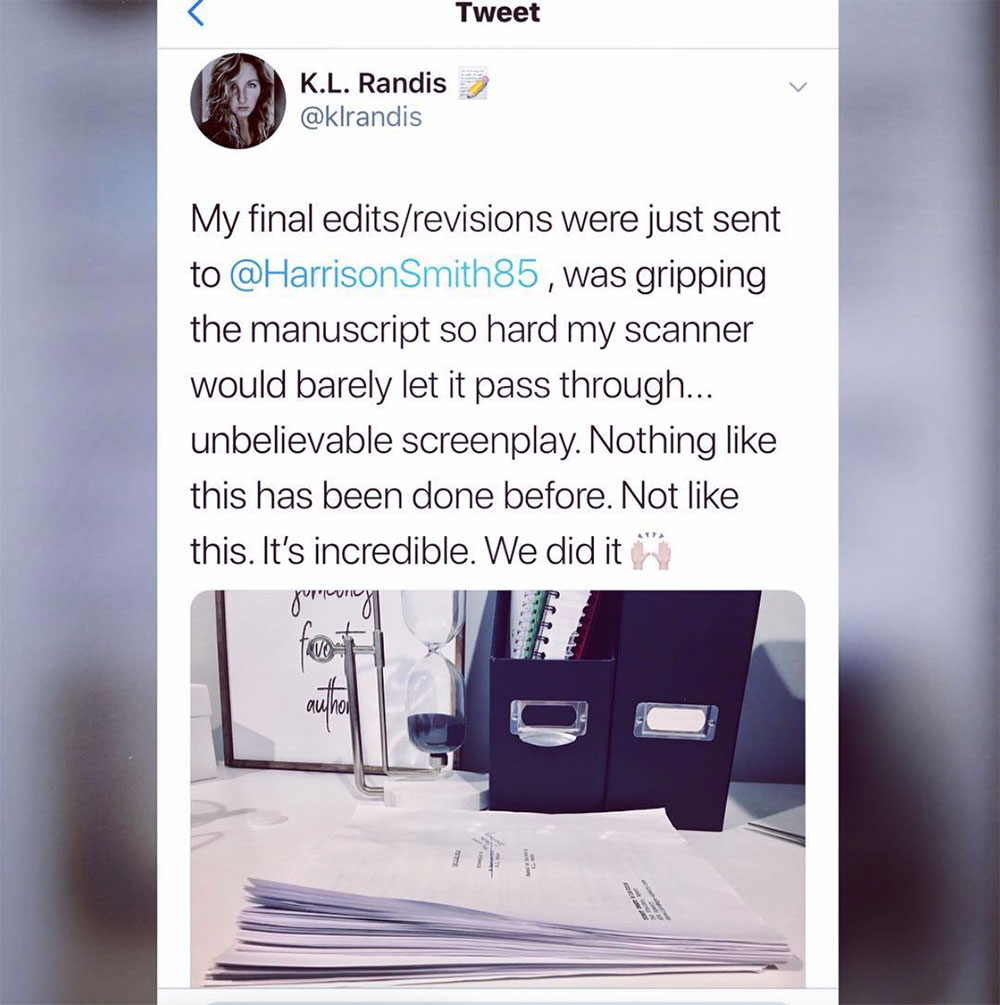 7. What was the adaptation process like? How much input or involvement did you have in writing the screenplay?

Our process was surprisingly seamless. It would often start with a phone conversation and we’d talk about what important parts or characters we wanted to make sure were involved. Harrison would write out what we discussed since he had more knowledge on screenwriting and formatting it in general an