Harrowing and beautifully crafted, “WHAT DAPHNE SAW” is a powerful short that shines a light on the horrors of sex trafficking and systematic injustice. 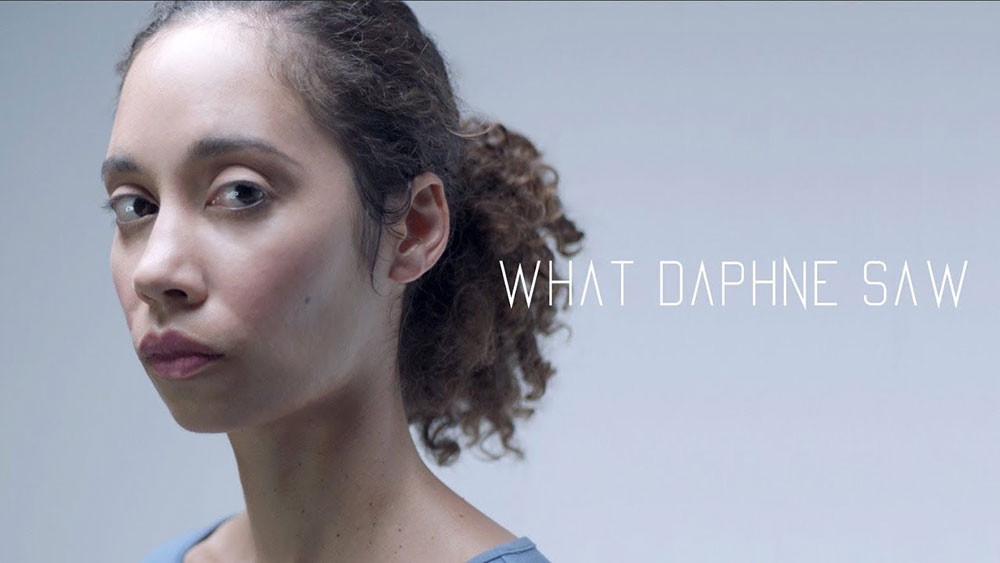 Imagine a future where capital punishment has been abolished. Those who once would have faced life in prison or the death penalty are now reprogrammed into silent, emotionless “companions” that can be purchased as servants. This modern form of slavery is “much more humane” than previous barbaric practices, or so the company behind it claims. But can all traces of humanity really be wiped out and replaced by unfeeling, unthinking obedience?

If you’re thinking this sounds like an episode of The Twilight Zone, you’re not far off. It’s the premise of a stunning short film called What Daphne Saw, written and directed by Lizz Marshall. The film utilizes its dystopian setting to shine a light some of the darkest shadows of our very own world: sex trafficking, abuse, and injustice.

Daphne isn’t “really human” anymore. She is a domestic companion, bought by a man to take care of him and his home. From an outsider’s perspective, the man may seem normal. But it quickly becomes apparent that he is harboring secrets — secrets he can only trust to someone like Daphne, who can’t speak a word of them.

The literal silencing of the title character directly reflects the way women are habitually silenced when speaking up about abuse.

Even her name is a reference to a voiceless victim. Marshall drew from the Greek myth of Daphne, a mortal woman who is raped by the god Apollo. “When she begs the Gods for help, they turn her into a tree, so she is silenced for speaking out and forced to forever internalize her pain.”

Marshall adds that the film was “a very personal exploration for me as a storyteller. What Daphne Saw expresses the feelings of powerlessness and voicelessness I have felt. I wrote it during a difficult time and sort of drew upon those feelings and channeled them into Daphne.”

If “What Daphne Saw” sprang from a sense of powerlessness, it grew into a reclamation of power. A silenced woman defies the voicelessness that has been forced upon her and finds other means of fighting back against abuse.

Marshall’s storytelling is visceral and absolutely gut-wrenching. It sends a clear message about sex trafficking, but it’s handled carefully, mindful of the reality of the horrors being portrayed. “It was always my intent to focus on the mental state of the victims rather than the male perspective in this story,” Marshall says. “There should be always be a high level of sensitivity, filtration and consideration to victims when it comes to how sex crimes are portrayed on screen.”

Marshall approaches each aspect of the film with the same deft hand. Beautifully crafted, What Daphne Saw builds a quiet tension and slowly peels back layer after layer to reveal the hidden truth. Sélynne Silver delivers a brilliant performance as Daphne, subtly conveying the inner workings of a woman who certainly thinks and feels more than anyone knows. 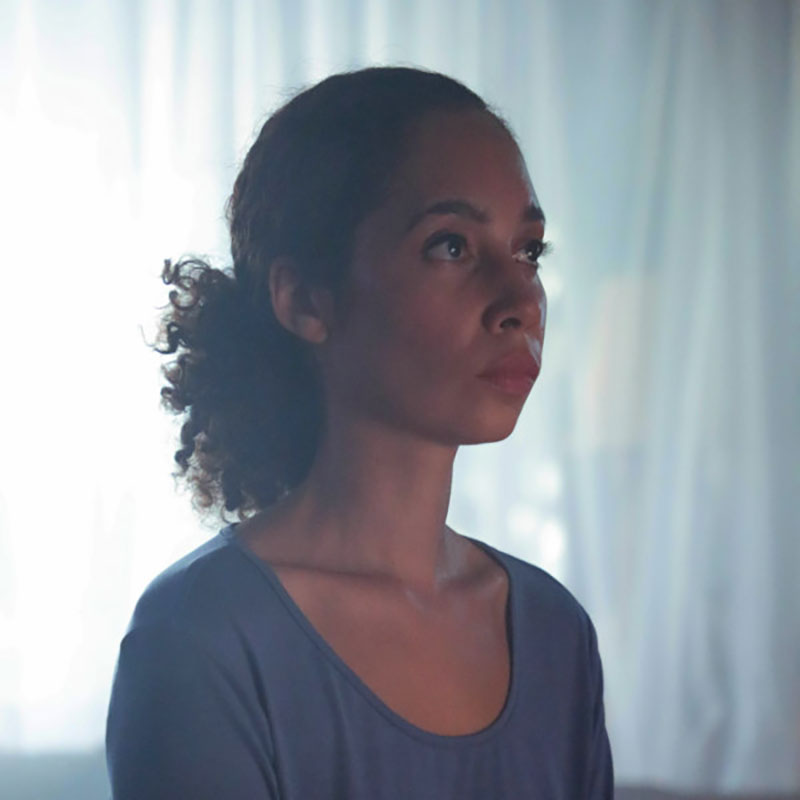 In just under twenty minutes, What Daphne Saw manages to convey something truly powerful.

It’s more than just a statement; it’s a call to action. By partnering with notinourcity.net, an organization that seeks to raise awareness and combat sex trafficking through the power of media, Marshall hopes that viewers will realize that monsters are only too real.

“The goal in bringing this story to life is to express this voiceless suffering, which is so difficult to convey in words, through the silent character of Daphne. Anyone who has suffered abuse, physically or mentally, has felt voiceless and powerless. I would like viewers to walk away from the film knowing that Daphne’s world is not much unlike our own.”