After a super successful first year, Women in Horror Month will be presenting the 2nd annual Ax Wound Film Festival (AWFF) on November 5, 2016 in Brattleboro, Vermont. 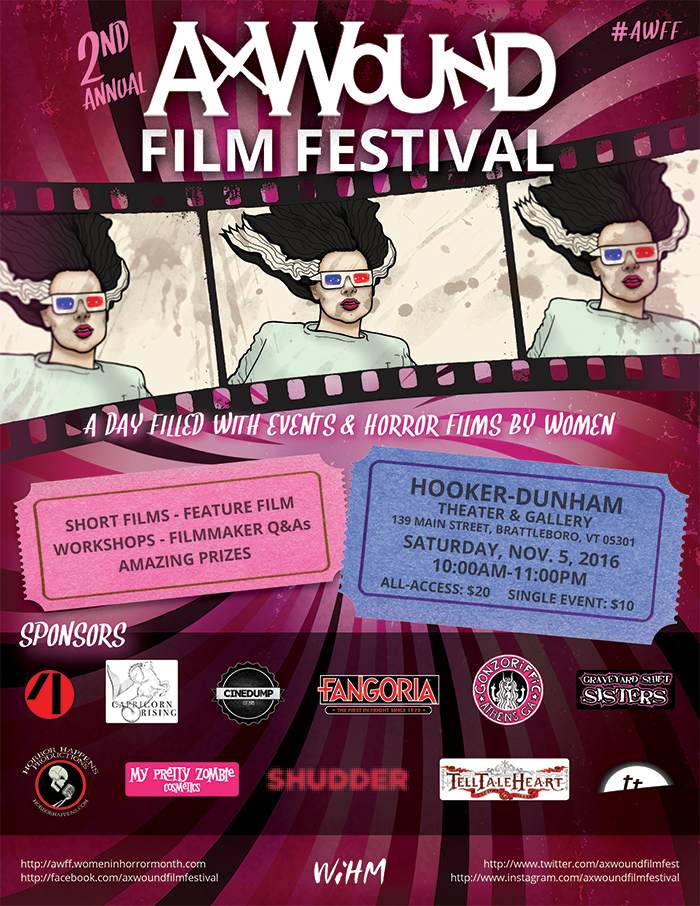 Women in Horror Month (WiHM) is an international, grassroots initiative (founded by Hannah Neurotica), which encourages supporters to learn about and showcase the underrepresented work of women in the horror industries. In addition to the month-long celebration of women in horror that takes place every February, the organization does a tremendous amount year-round to support and celebrate the important work of women in the genre.

The Ax Wound Film Festival, showcasing a selection of short horror films made by women filmmakers from around the globe, is one of those key efforts that Morbidly Beautiful is honored to support.

We are thrilled to announce that we will be one of the sponsors of the Ax Wound Film Festival. This is our first festival sponsorship, and we could not be more thrilled to have partnered with such an influential organization. As our readers are well aware, we are strong supporters of women in horror, and we feel fortunate to have the opportunity to support the many remarkable contributions of talented female filmmakers in this way.

All audience members will have the opportunity to win some incredible prizes, including original artwork, films, and even a free full year subscription to FANGORIA Magazine.

Click here to view the complete program schedule for 2016.

During Film Block Three, you’ll have the opportunity to check out a short film by Somica Spratley called ALTSCHMERZ, which we absolutely loved. It’s about a suffering woman searches for the answers as to who she has become. Faced with rejection & deceit, she struggles to understand the relationship with herself and others. As time will tell, she finds clarity.

We had the pleasure of creating the poster art for this remarkable short, which you can check out below. 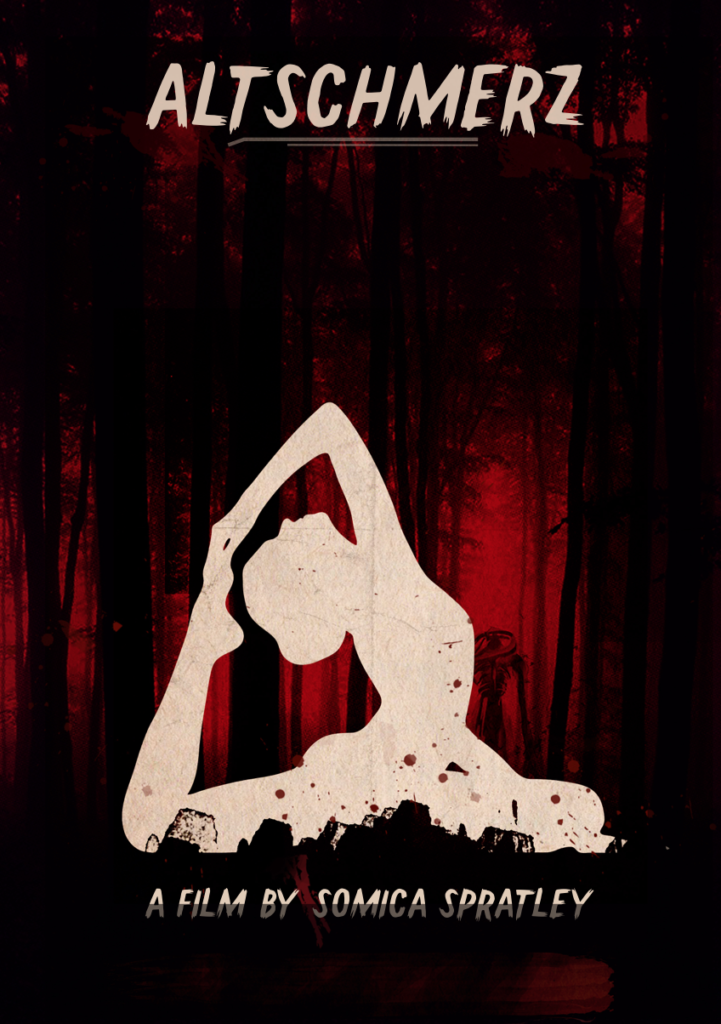