With energy, attitude, and 80s nostalgia radiating from each scene, “THE DARLINGS” is a vibrant short film about identity, friendship, and punk rock. 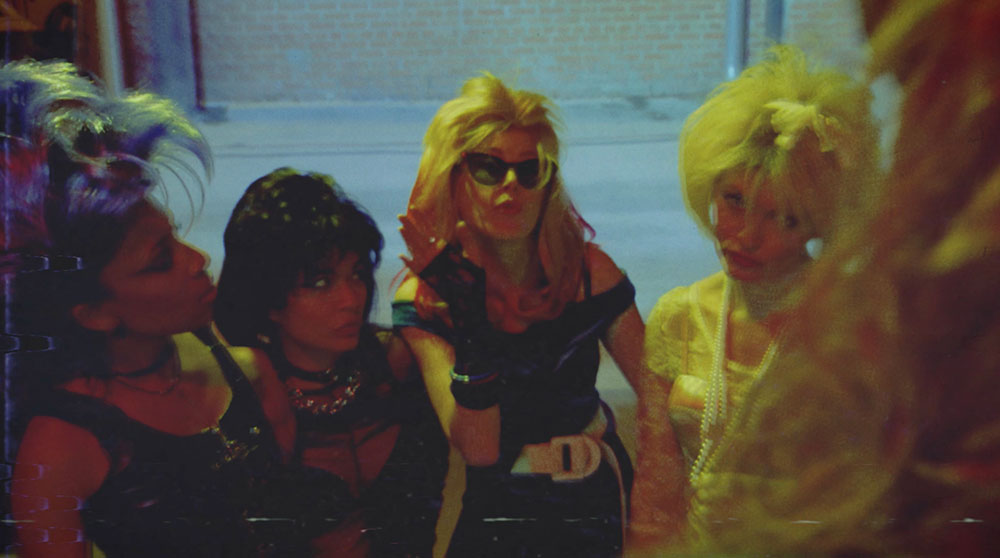 From the time I was about twelve years old, I had one dream: to be in an all-girl rock band. I would daydream of a rockstar life for myself and my friends, pick out the instruments each of us would play in the band, and act out everything from tour bus banter to full-blown concerts in my head. We’d be the hottest thing the world had ever seen, travel to all sorts of amazing places, hang out with all our favorite bands. It was the ultimate life of fun and freedom.

This dream looked a lot like The Darlings, a funky, fabulous short film born from writer Lindsey Lemke’s love of rock n’ roll and all things 80s. “When you travel with a band, there is a wolf pack dynamic going on,” she says of her experience as a touring musician, “and within that wolf pack you just create your own little world around it.” 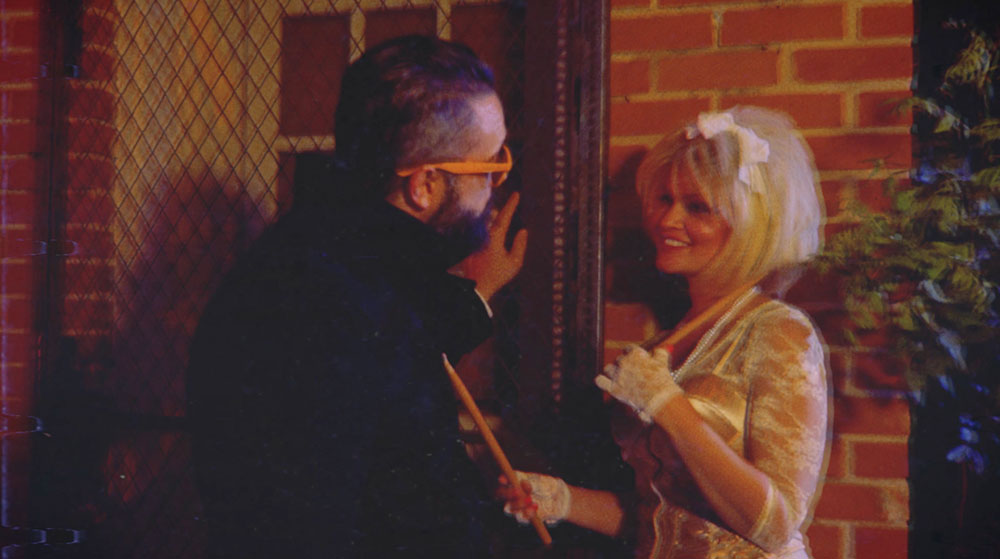 The wolf pack at the heart of the film — The Darlings themselves: Trix, Lydia, Eleanor (played by Lemke), and Debbie — are a quartet of punk rock party girls who are more than just pretty faces. Think Spice World with sharper teeth.

It’s 1983, New Orleans, a full moon, and The Darlings have just wrapped up the last leg of their tour. They rent a secluded old mansion for the evening, because why not? That sounds like my idea of a good time. But an escaped serial killer and cult leader is on the loose and the gals’ party soon turns into a fight for their lives. 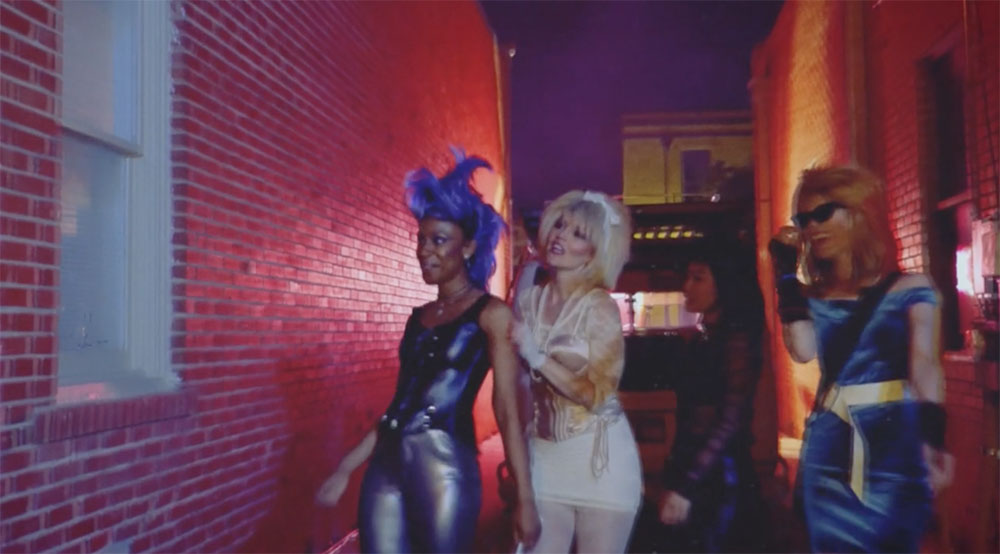 The Darlings is a vibrant homage to the aesthetic of the 80s — and that aesthetic is on point.

And it goes beyond just fashion and teased hair. The film itself looks like you’re watching it on a VHS tape, the perfect finishing touch that may seem like an afterthought, but was actually a major technical undertaking for director Liz Tabish.

“I had to really break down what makes an 80s VHS horror film look the way it does and man, it was a mission. Color grading, doubling images, warping, shifting RGB layers, threw in a couple of VHS filters. Static. Grain. Scratches. Light leaks.”

On top of the visuals, you’ve got a synth-heavy soundtrack and horror movie tropes that are deliberately, lovingly applied in all the right places. 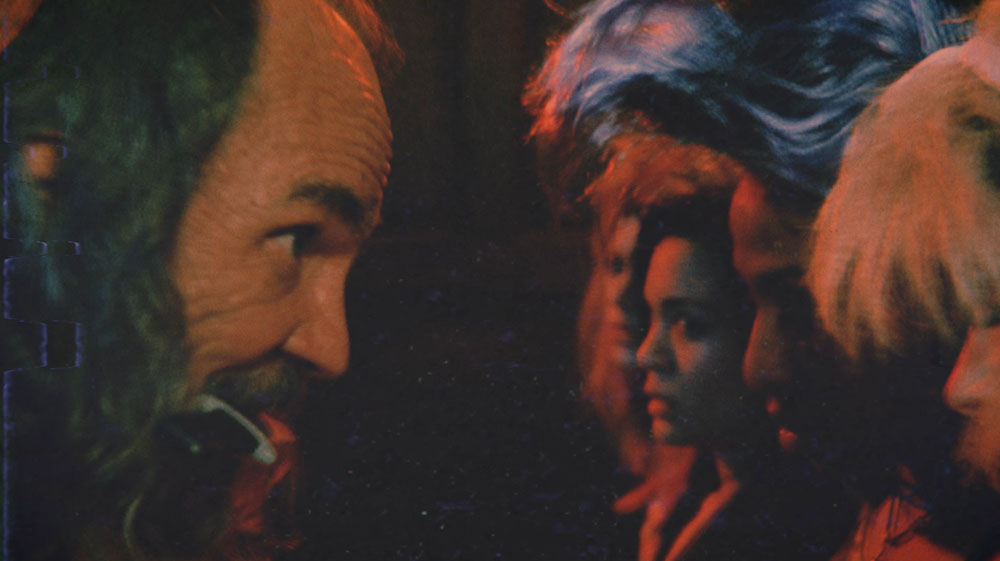 Add all of this together and you get twenty minutes of pure fun.

The Darlings themselves naturally steal the show.

Within the confines of a limited time frame, sometimes there isn’t room for in-depth characterization, but Lemke doesn’t allow her characters to fall flat. Instead, they deliberately defy expectations. Tabish says, “Lindsey did a brilliant job in writing four different characters that simultaneously played into stereotypes and then ultimately broke them (the hardcore party girl who is actually a sensitive mama’s girl, a major flirt who is actually a virgin).”

“When we’re young, we tend to reject the more vulnerable parts of ourselves and create a false ego or projected version of ourselves fearing risk of being ostracized,” says Lemke. “The girls in this story, when stripped of their identities, all turned out to be very different from each other and hid it very well. When all was revealed, there was still a protective element in their tribe, acceptance, and a supernatural bond.” 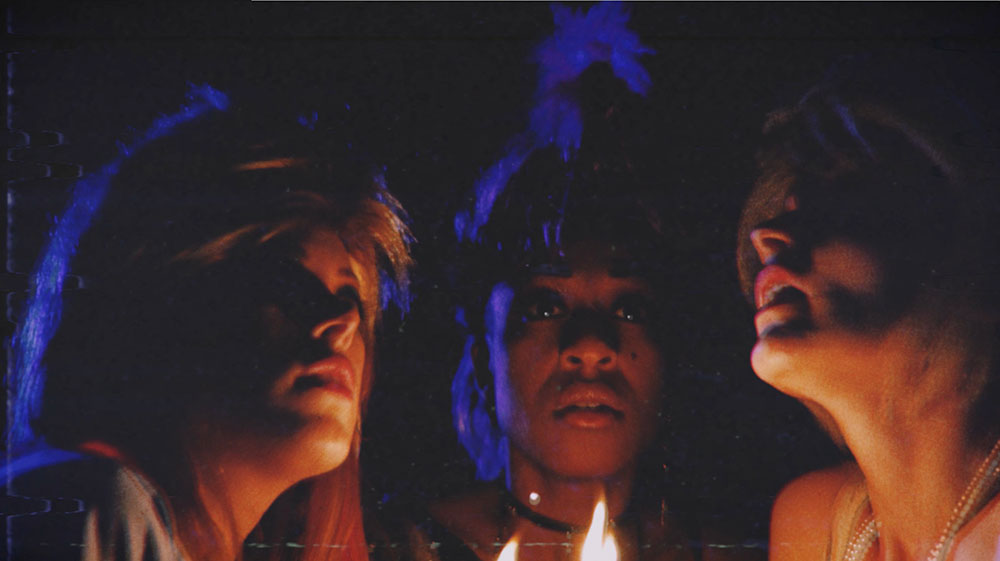 That bond carries The Darlings through the film.

Their banter, their sass, their protectiveness of each other and unwavering friendship — it’s everything I dreamed my own “wolf pack” would be. And their attitude is contagious. When they’re not being terrorized by a Charles Manson wannabe, they’re having a blast and I’m having a blast watching them.

Wickedly delightful and punk as fuck, The Darlings is just a bloody good time.

Lemke and Tabish have crafted a magical piece neon-drenched nostalgia that is both campy and self-aware. The film was a passion project for both women and it shows in each frame.

The Darlings screened this weekend at the fifth annual Ax Wound Film Festival in Brattleboro, Vermont.