Behind the Lens: Scott Schirmer

Scott Schirmer, Director Of “THE BAD MAN”, Talks About Sex, Violence, Working With A Trusted Cast And Crew, And The Challenges Of Indie Filmmaking.

I first learned of Scott Schirmer when I saw his critically acclaimed film Found back in 2012.  I was blown away by it.  Found was incredibly raw and unique, a movie that crept its way under my skin in a profound way.  Schirmer went on to continue to create films that undoubtedly dripped with his signature blend of sex and violence — Harvest Lake, Plank Face and now, The Bad Man.

He has repeatedly found financial backing for his projects through successful crowdfunding campaigns, delivering the impressive perks to fans every time.  In my opinion, Scott is underrated and under-appreciated.  I would love to see what he could do if somebody threw some real cash his way, allowing for his potential to shine through.  Until then though, we can count on Schirmer continuing to bring us some more quality independent cinema that is challenging, provocative and inspiring.  Here’s what the filmmaker has to say. 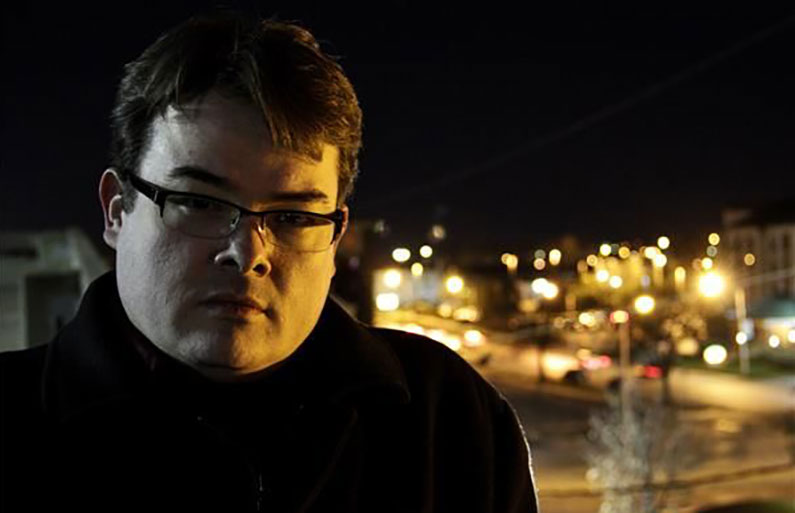 1. The Bad Man has some heavy shit going on, did you have to delicately make your pitch to the cast and crew.  What was that like, how did you approach everyone?

I didn’t have to be delicate with anyone because I’d worked with everyone before, and we had talked about The Bad Man years and years ago. So when we were finally able to shoot it, everyone was, like, ‘Oh, we’re finally going to shoot that one.’ And then they were, like, ‘Oh, God. That one.’

2. The core group behind The Bad Man have also been with you on previous projects.  Do you think the familiarity with one another, the level of trust played a factor at all in gaining these performances from your actors?

I knew with absolute certainty that Ellie, Jason, and Arthur would deliver exactly what they delivered performance-wise, and in some cases they exceeded what I expected. The only reason I decided to finally make the movie at all was in large part because those three actors were attached and ready to make the movie whenever the train was ready to leave the station. 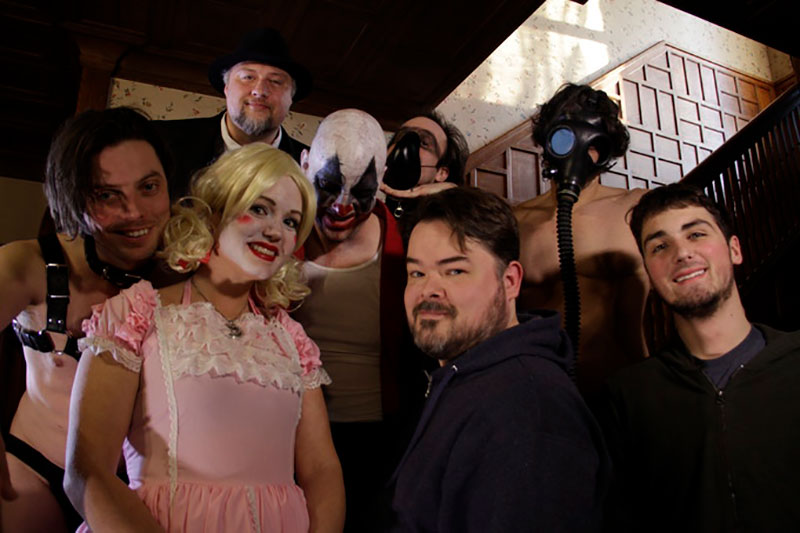 The reason it had to be them was because the movie is a long feature-length movie — the first cut was just over two hours. And it was shot — every last bit of it — in just ten days. Which is obscene and wrong. And on one hand, I’m really proud of that fact that I can shoot a movie that quickly, but on the other hand, it’s really hard and exhausting. And you have to be willing to roll with constant compromise when you’re working that quickly. But that’s all the time and money I could possibly get to make the movie.

If I were working with actors I had never worked with before and I didn’t know with 100% certainty that they could pull it off with minimal-to-no direction, I would not have made the movie. It was a family affair, or no affair at all. Not with the time and budget I had, and not with the acting demands this movie posed.

3. I was intrigued to find out that you not only studied film, but also earned a B.A. in sociology with a focus in gender studies.  It honestly explained more of who you are as a filmmaker to me, making me want to revisit your works and to examine them under a new light.  What is it that moves you to explore the themes of sex, gender, and violence? 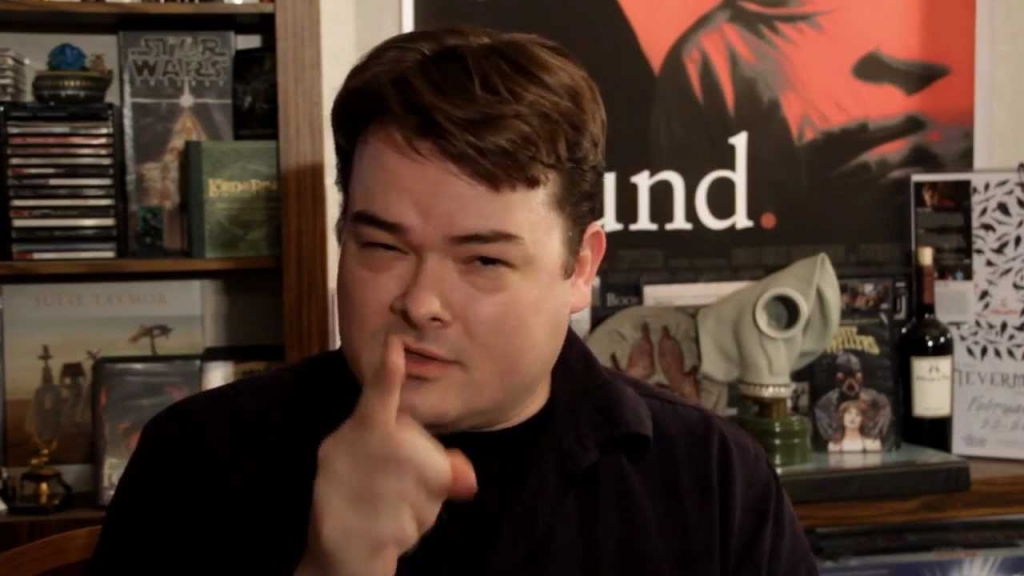 It’s something I’m still trying to figure out, but the heart wants what it wants, and mine loves to explore sex and violence. I think sex is violence, really. The fact that men and women are biologically created for procreation to be, respectively, penetrator and penetrated, is really horrifying and interesting. The fact that men can have sex all their lives and so easily, and the fact that women bear the burden of gestation and carrying unborn babies to term.

Rape fascinates me. Domestic violence fascinates me. I think many men, if not most, have a Jekyl and Hyde thing going on beneath the surface. And if society doesn’t raise boys and men correctly, it’s all too easy for them to regress and become monsters. Sex is nasty, scary, fascinating business. And for all the generalizing I just made, all the exceptions to the rule are just as fascinating and worthy of exploration. Fetishes are fascinating. Sexual orientation is fascinating. It’s all fascinating — it’s like a universe of possibility and exploration.

4. You take on several different roles while making a film, not just sitting in the director’s chair.  Do you enjoy the different responsibilities?  Do you feel it allows you to stay as true as possible to your vision?

I would always like to edit what I direct. But being a DP on top of that is not at all something I enjoy doing. It requires all of your attention all of the time, so really, that was my main job while we were shooting The Bad Man. I was the director, but most of my attention was on being the DP. And when I watch the movie, I know there are places that suffer from that imbalance. Hopefully I’m the only one who notices or thinks about that sort of thing, but I bet most filmmakers would probably agree — directing and shooting simultaneously is kinda nuts. I did it because I literally couldn’t afford a DP, and if I could, the only one I’d have wanted wasn’t available. 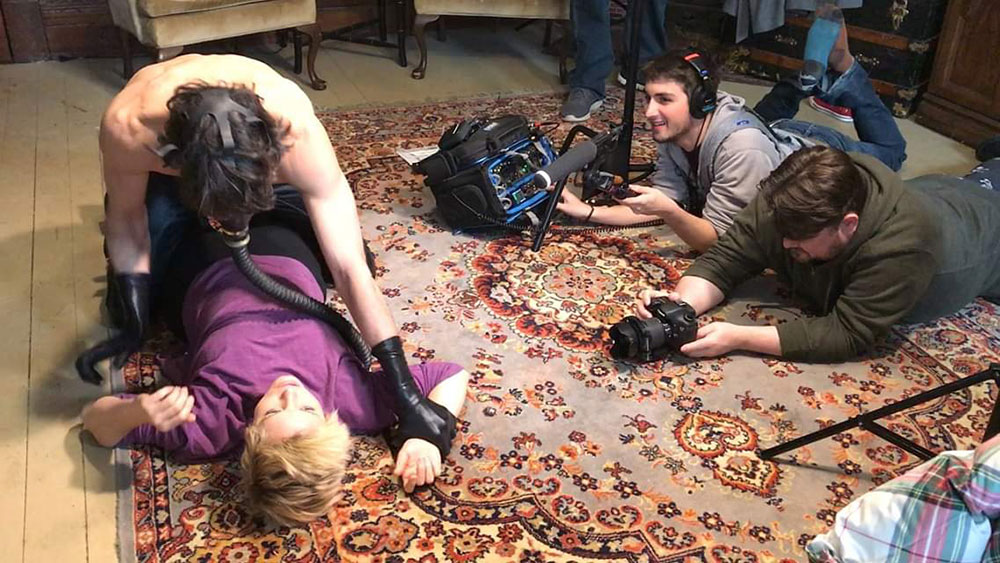 5. You won your first writing contest when you were just a kid.  Have you always known this was the path you were going to pursue in life, that you wanted to create?

I knew from about fourth grade that I wanted to be a filmmaker and was slavishly committed to it ever since. Until now — it’s getting less and less rewarding, it seems. Harder to make and definitely harder to get noticed. Next to impossible to make any money from it anymore. To be honest, I’m really more of a big huge studio movie kind of person at heart. If I could just open my head and pull out a movie, it’d be something like The Rocketeer or, I don’t know. Something like Star Wars, I guess.

But of course, with all the limited resources of indie filmmaking, I’ve never had the option to bring anything like that to life. I spent a few years in the late 90s trying to bring an animated sci-fi adventure called DarWest to life. That’s the closest I’ve ever come. But fortunately, I do really love horror and am happy to keep making movies in that genre as long as they’re about something. As long as they interest me. But part of me will always be sad that I can’t make stuff like DarWest. 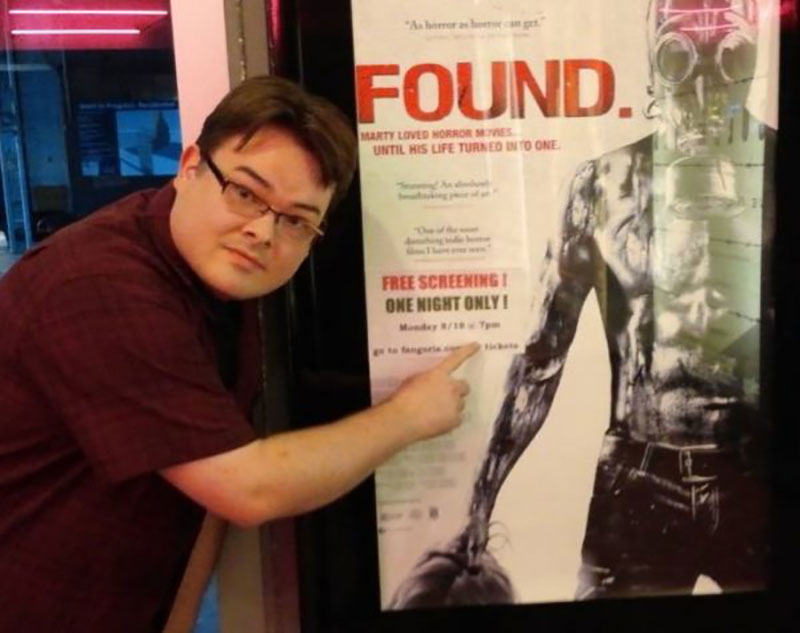 I grew up on Spielberg and Lucas, and I’m not the least bit ashamed of that. Studying Lucas, I think, has made me fiercely independent, too. He’s a hero in that regard. For a deep, emotional, and more personal kind of relationship to the movies, though, Peter Weir is the first who got to me. I love so many filmmakers and films, really. I’m always excited to see what Julie Taymor is up to next, as well as David O. Russell. Truly great films come around so infrequently.

I absolutely loved Call Me By Your Name. I think before that, The Witch, and before that maybe District 9. And Lord of the Rings. Those are the greatest movies since 2000 for me. Guilty pleasures would be Disturbing Behavior, Making Love, and apparently I enjoyed Jurassic World way more than I should have. But the heart wants what it wants. Fuck the haters.

7. The Bad Man won Best Feature at the 2018 Nightmares Film Festival held recently.  I wanted to extend a congratulations to you and your cast and crew on the win!  So how does it feel to walk away with a Best Feature win in your pocket?  Is it validating in a sense?

Awards are always great, because they can help market the movie and get attention from paying customers or potential distribution companies. But I have really tried over the years since Found to not let awards get to me. Because film festival acceptances, awards, reviews — all of that — comes from outside you, and you have no real control over it. I’ve been on a festival committee and fought for certain movies to win various awards, and the rest of the committee has been on crack and thinks other movies are better. It’s all so subjective, you just can’t put much stock in it.

Found won it’s share of awards and I’m so grateful and proud, but for every award it won, another festival rejected it. And for every good review, there was a terrible review. So if you believe in the good, you also have to believe in the bad. And then you can go schizo for trying to find your own self worth in the determinations of others. It’ll make you nuts. So instead, you should make the best movie you can, and then nervously let the poor creature loose into the world to hopefully find its audience. 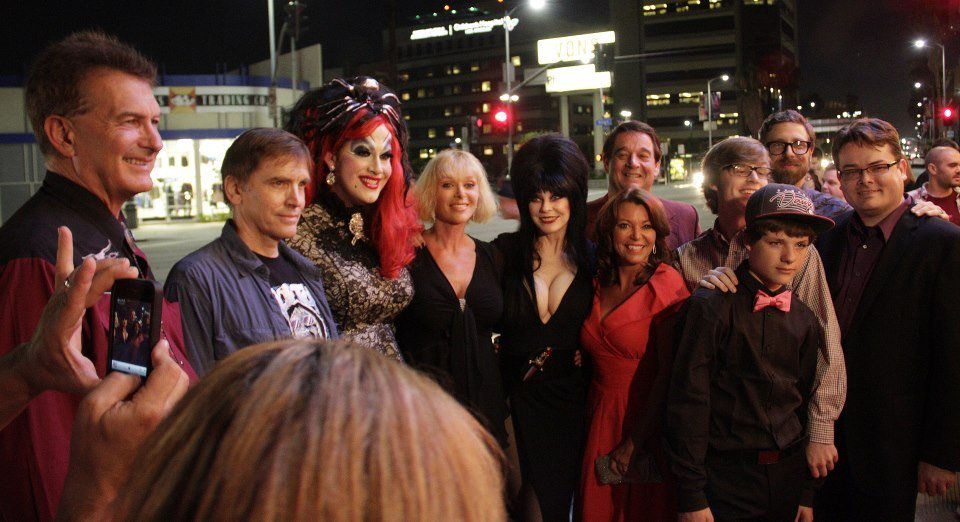 I always hope that a movie finds its audience — whether it’s small or something bigger doesn’t matter, as long as it’s appreciated. And to that extent, I feel lucky that all my movies have been appreciated on some level by some audience. What matters most to me is whether or not I like the movie. If I don’t like it, then we’re in real trouble and an award isn’t going to make a shit of difference in that scenario.

8. Do you have anything planned for the future?  An idea that you’re dying to bring to life?  Will your bird ever make a cameo?

Cushing [my bird] is not great in front of a camera, and he’s not great on-set either. So don’t wait for him to be in a movie — probably not going to happen.

I have a bunch of ideas and a few written scripts right now. If I had 50K or more, I’d love to make a fun horror comedy that’s been percolating for years, but it’s not a cheap movie at all. A lot of effects and locations. If I could get 10K, I have a claustrophobic character-driven thriller I could crank out.

I’m feeling the pressure to make another movie soon, but I just started a new full-time day job this year — since full-time filmmaking wasn’t cutting it. I tried it for three years and it almost worked, damn it. Almost. So now the thought of trying to make a movie while holding down a day job is pretty daunting. I’m not sure what’s going to shake down.

I’m really not done with The Bad Man yet. I have to strip out the dialogue and deliver music and effects tracks for Germany still. Maybe after that, I can sit in the woods and listen to the wind and figure out what to do next.