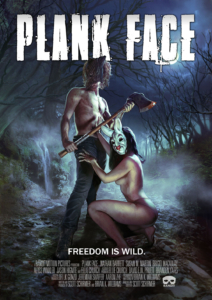 Plank Face tells the story of Max (Nathan Barrett) who goes on a camping trip with his girlfriend Stacey (Ellie Church). When Max is captured by a family of feral, wood dwelling cannibals, they are determined to transform him into one of their own. Will Max escape? Or will he become one of them?

The movie opens with the very familiar ‘have sex and die’ motif executed so often in horror films that involve college age characters and take place in the woods. It’s nicely filmed and makes good use of car headlights to shine light on the evil that waits in the darkness of the woods. But don’t be fooled, this is not your average ‘cabin in the woods’ movie. Not at all.

The opening scene gets the viewer ready for familiar territory and then does a complete turn into uncharted waters. PLANK FACE is a fascinating tale that shows the ability of people to adapt to new surroundings, no matter how bizarre. The film is a disturbing combination of man and nature. The evil antagonists are not simply inbred hillbillies or an unexplainable, evil presence in the woods, but rather a morphing of the two.

The father of the family wears a plank of tree bark on his face and one of the daughters wears a filthy old rabbit mask, and none speak any kind of recognizable language. It’s the worst of man and nature in a twisted blend that creates seemingly crazed and animalistic antagonists out of the feral family. Think the woods in The Evil Dead mixed with the family in The Texas Chainsaw Massacre. It’s nature personified, and vice versa.

The music has a wonderfully off-putting playfulness to it and a fairy tale like chimey-ness that gives some of the scenes a dark carnival sideshow like feel. Other scenes have an ominous and airy, atmospheric sound that effectively creates a confusion of reality and fills scenes with a dreamlike quality. While we see the strange, ritualistic goings-on on screen the music asks us, “Is this really happening?”

The most brilliant part of PLANK FACE is that most of the film happens without any dialogue, and the story is carried out through actions and observing the everyday rituals of the family. Experiencing such a life shattering event, we see the mind of Max slowly break as he struggles to realize his new situation. At the same time, we see the strengthening of the family as their new member adapts to them. It’s a voyeuristic and artistic approach that successfully puts the viewer in the same shoes as the protagonist; we learn as he learns, we adapt to the family as he adapts. 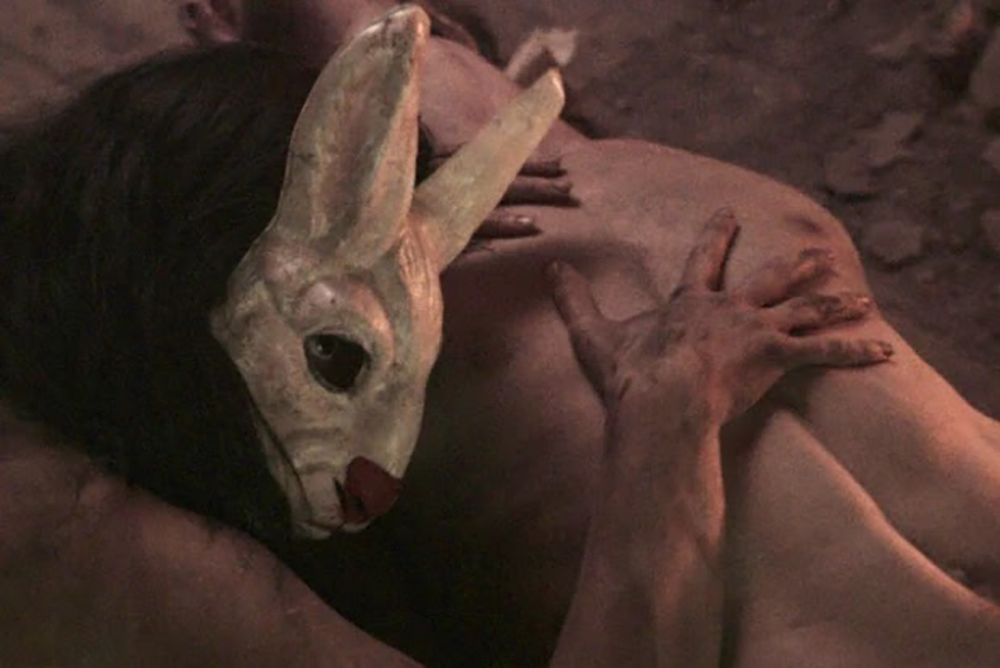 This style will no doubt turn some viewers off, but I found it to be completely engrossing and fascinating. I was beyond impressed by the commitment of the filmmakers to the tell the story of Plank Face the way they did. It comes across as uncomfortable, full of unexpected humanity, and wholly unique.

Definitely check this one out for something completely different.