Beautifully shot with great SFX, “Bloody Ballet” is a retro style slasher film that offers a fun night of bloody horror but may not have lasting power. 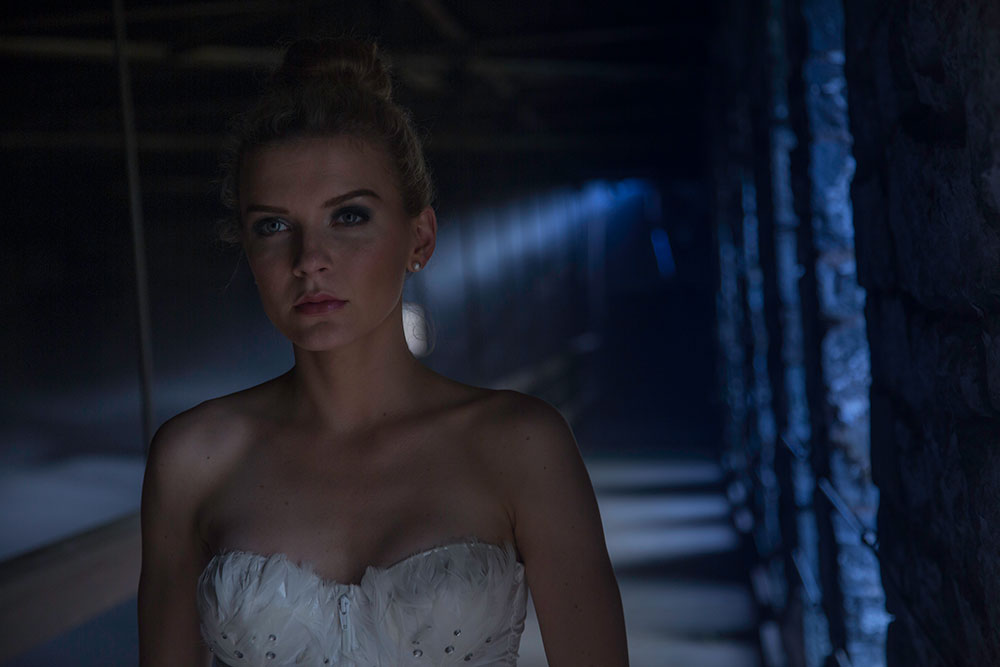 Synopsis: When ballet dancer Adriana is cast as the lead role in a production of The Nutcracker, a darkness inside her is awakened by stress. Haunted by childhood trauma, she begins to hallucinate and have increasingly troubling dreams. All the while, a mysterious masked murderer, with a penchant for music boxes, begins to kill off her cast members one by one. Is the killer a supernatural entity or something real and even more sinister?

Originally titled Fantasma, Bloody Ballet has a mesmerizing aesthetic, but the story lacks the depth it needed to live up to its neo-Giallo style. This horror thriller boasts beautiful cinematography, an interesting retro soundtrack, a cast full of horror icons and some decent acting. What brought it down for me, was an out-of-place subplot – one I feel could have been removed and no one would have missed it. 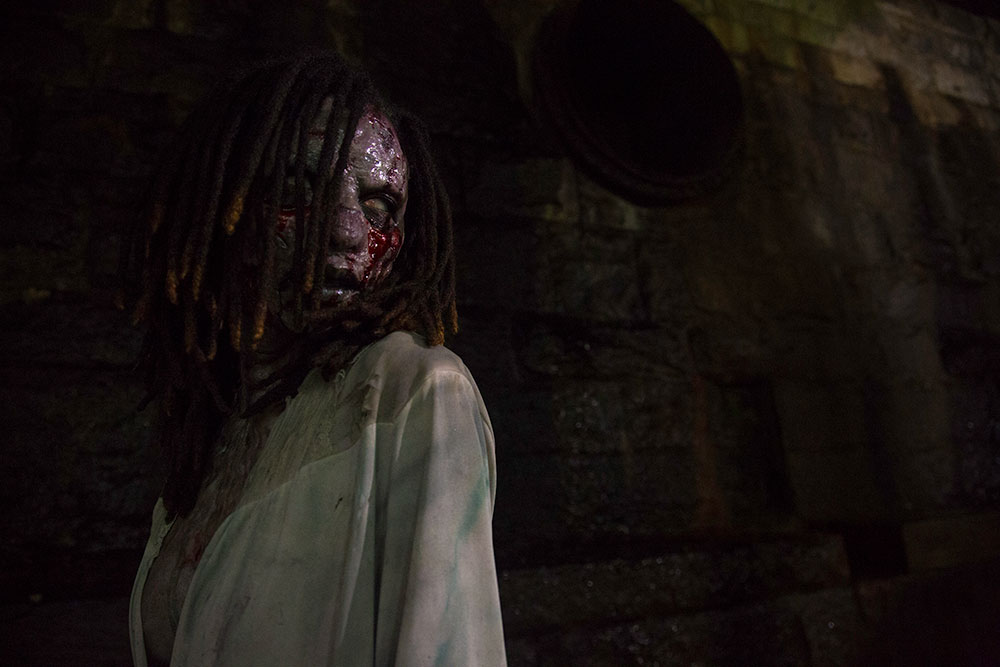 If that had been left out and we had been given a bit more back story on our little girl, the now grown up ballet dancer Adriana, I feel like this could have been a fantastic film. Instead, in the shadow of the Suspiria remake, it will likely quickly be forgotten.

Bloody Ballet opens to a heinous crime — the murder of an innocent young girl’s parents. Throats slit, eyeballs removed, and a little girl obviously off to live in the foster system. From that ugliness, we switch to a scene of beauty, a ballet company full of lovely dancers happily twirling in circles (much like a ballerina in a child’s jewelry box), until our lead Adriana (Kendra Carelli) spins deeper into her nightmare of a masked figure in a red dress and wakes up in a sweat.

On the surface, one would think that Adriana has managed to move beyond the horrible murders in her childhood, because she is beautiful and graceful and has been given the lead in The Nutcracker at her ballet company. Quickly we realize that is certainly not the case. She is seeing a therapist and is now on meds for her horrific nightmares.

When the other girls in the ballet company begin being murdered by a masked person, who seems to be a man with hairy tattooed arms in a red dress, Adriana really comes apart at the seams. The murders are so much like the violence of her childhood that I had to wonder if there was someone from her past who was back with a vengeance. Who or what is behind the mask? 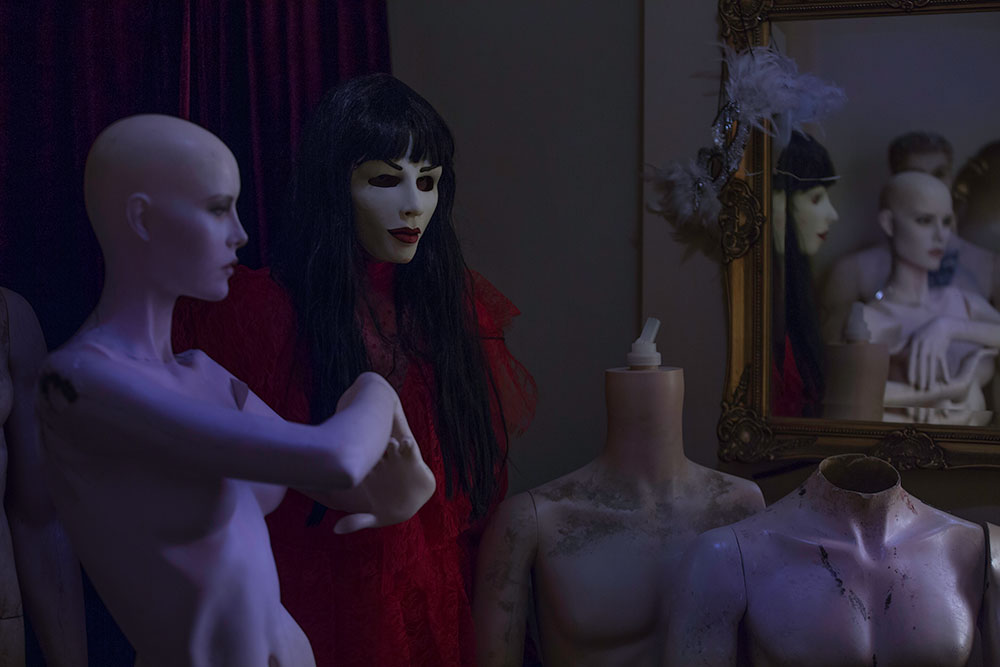 In addition to the stellar cinematography, ‘Bloody Ballet’ has good pacing, a beautiful style and was an easy watch, full of intense color and terrific carnage. I just never got past the bewilderment I felt with the subplot. Even though it gets narratively explained at the end, it still didn’t really make sense.

In the midst of all the ballet and murders was a journalist at a mental asylum researching a story and experiencing some serious ghostly visions. I finally understood this part to be years in the future of the rest of the film, which made sense when explained at the end, but still seemed unnecessary to move the story forward. Director Brett Mullen made some interesting choices. Some worked, some didn’t.

Despite the confusion, I liked Bloody Ballet because I enjoy a well-done slasher flick. Good SFX always has a special place in my horror heart that can’t be denied. 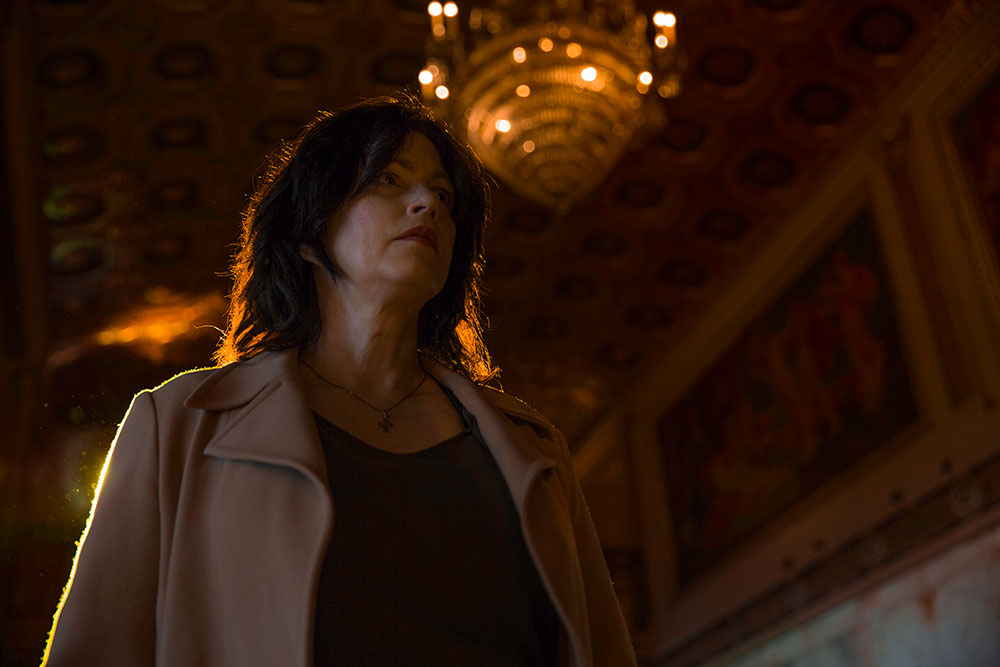 Another bonus is the presence of horror royalty. With Caroline Williams as Ms. Valli, the owner of the dance company, and Debbie Rochon as the therapist, the film was full of familiar faces who all did a great job with their characters.

Horror Fans looking for a fun evening of slasher carnage can check out BLOODY BALLET on VOD beginning November 13, 2018, from High Octane Pictures.