Review/Comic Creator Interview: “War Is All I Know”

Exclusive interview with writer Benito Andino III and an advance look at his new intense and brilliant upcoming comic “War Is All I Know”. 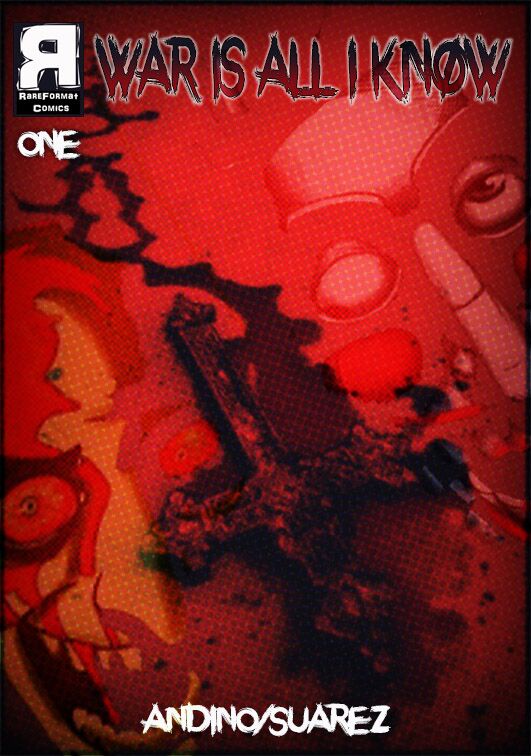 War Is All I Know is the newest upcoming comic release from creator/writer/letterer Benito Andino III.

Synopsis: When Bryson Smith attends an apartment with his best friend Mr Gigglesworth, they are only there for one reason only. Revenge! Their victim may have served his time in the eyes of the law for the murder and rape of three children but tonight there is no remorse, for the lives of the innocent victims he took justice will be served, because war is all they know.

Anyone who thinks comics are just for kids should definitely take a look at the work from comic writer Benito Andino III, who masterfully integrates controversial themes and intelligent writing to create a powerful and memorable story. I was recently introduced to his work with the first issue of the hard-hitting comic series Heavyweight Messiah, which gives a very unique perception of Christ returning to the modern world for his second coming. 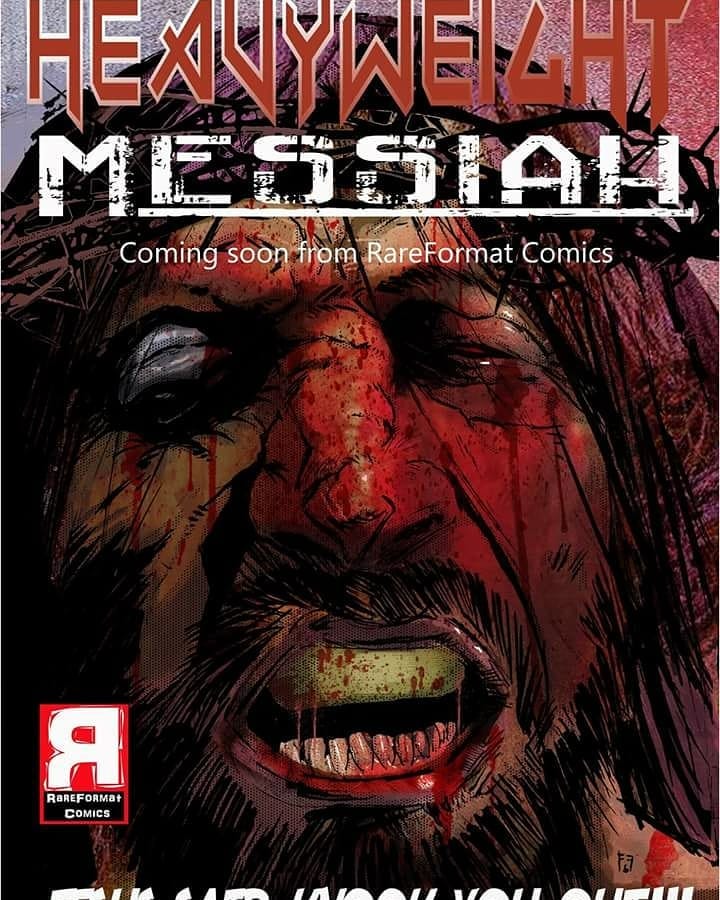 It was an impressive concept and execution which left me wanting to know more about his work. Thus, when he told me that he was working on a different story which crosses over into the horror genre, naturally I was keen to see where he would go next.

Due for release in November, the comic is still in development. But I was fortunate enough to get an exclusive sneak preview of his latest comic War Is All I Know, and once again I pleased to say it doesn’t disappoint. Collaborating with artist Jorge Suarez, the comic takes a very different approach, both with the visual style and the delivery of the story — creating a violently dark, twisted and often-surreal environment which brings a very real nightmare to life.

As with Benito’s previous work, there are controversial themes which push the boundaries, as the concepts take a much darker route than you would expect. 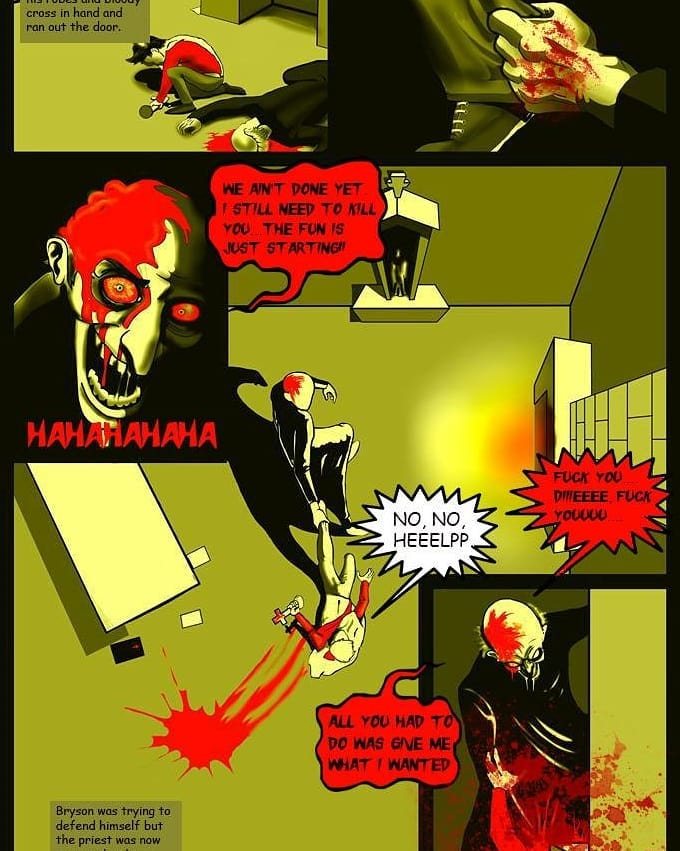 Utilizing the illustrations of the comic, he gives a very visual interpretation of events, which create an emotional impact with the story. It’s designed to really get under the skin, and it certainly does its job. This allows the reader to not only understand the mentality of the characters, but also goes some way to support some of their actions.

There are two particular moments in the comic which a lot of viewers may find quite disturbing, which considering the subject matter is unsurprising.

The first occurs during a flashback to Bryson’s youth where, due to unfortunate events, he finds himself under the supervision and care of the church. Despite the good intentions of most, it is during this time he is groomed by a priest, before he is brutally raped and almost killed. 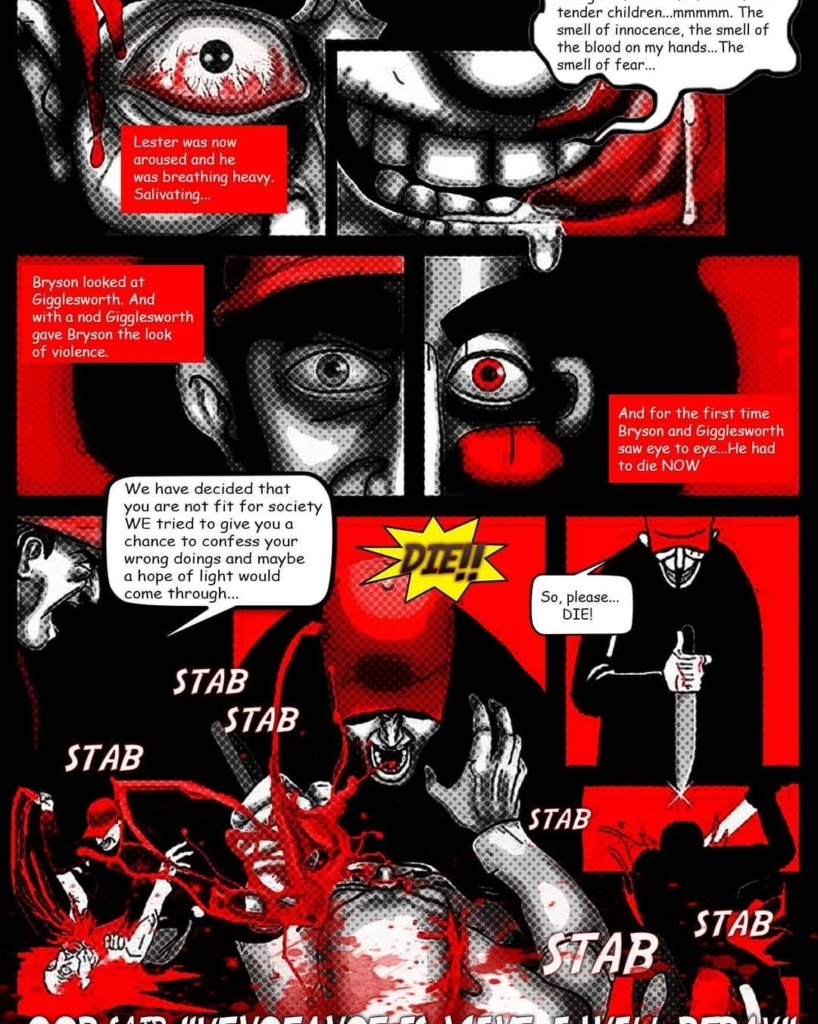 The visual delivery is extremely violent, and it doesn’t hold back on portraying the severity of the events. Even the leading scenes with the grooming where the dominance of the priest is emphasized creates an uncomfortable buildup of tension.

The second scenario is based in the present during an interrogation led Bryson, who during his questioning asks the murderer if he would do it again. Even though the moment does not have any initial violence, the suggestion of his response, as we get a close up of his reaction, feels just as disturbing. Both scenes are extremely powerful and force the reader to look at the events without morality on an emotional level. You still may not agree that what Bryson is doing is right, however it is still difficult to feel that what he is doing is wrong. 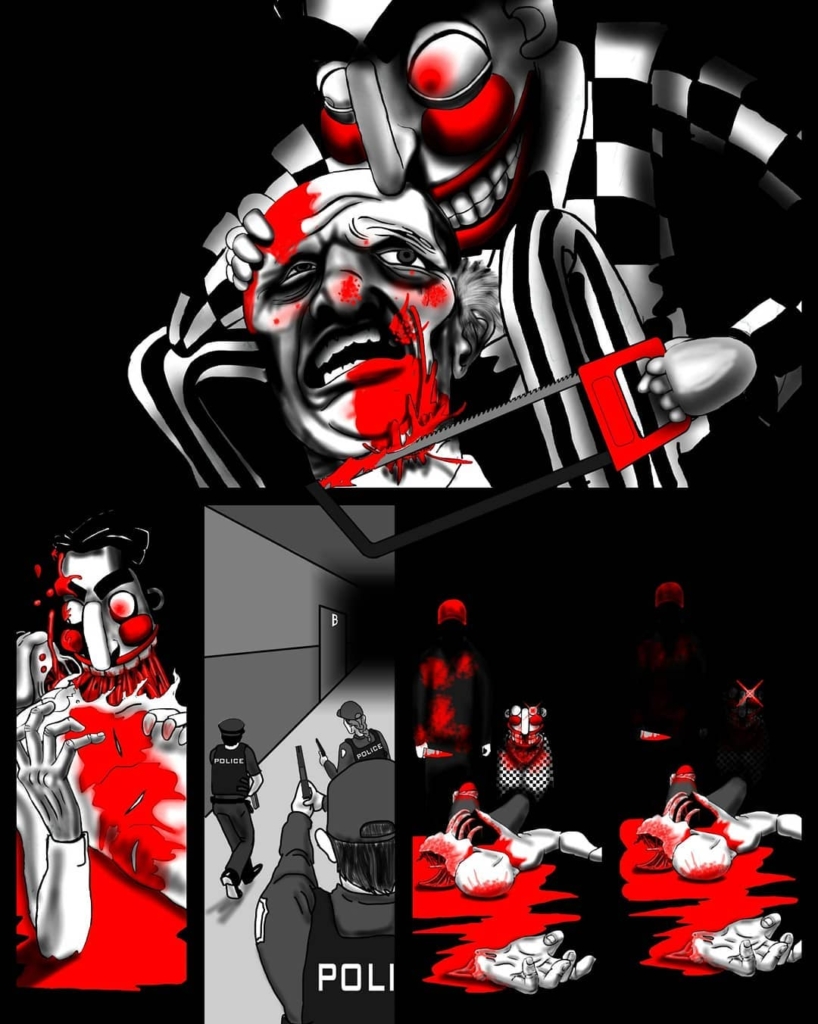 The visual design of the comic is striking despite the minimal use of colors.

To an extent, this helps connect the reader with the main character Bryson who suffers from monochromacy.  However, amongst the black and white structure of the drawings, there is a bold use of red which seems to symbolize (in addition to the blood which is spilt) the emotional status of Bryson. The color gradually becomes more dominate on the page as his emotions begin to intensify.

We start to learn about Bryson’s part, however the details regarding his best friend Mr Gigglesworth at this stage still remain a mystery. Characterized as a blood-thirsty puppet who seems more driven by murder than Byson, it is not yet fully established whether he is a fabrication of Bryson’s imagination or really a possessed puppet? Either way, his visual clownlike features make him a memorable character, and it would be interesting to see how he evolves throughout the series. There is a more unhinged element to him, which makes him come across a lot more dangerous. 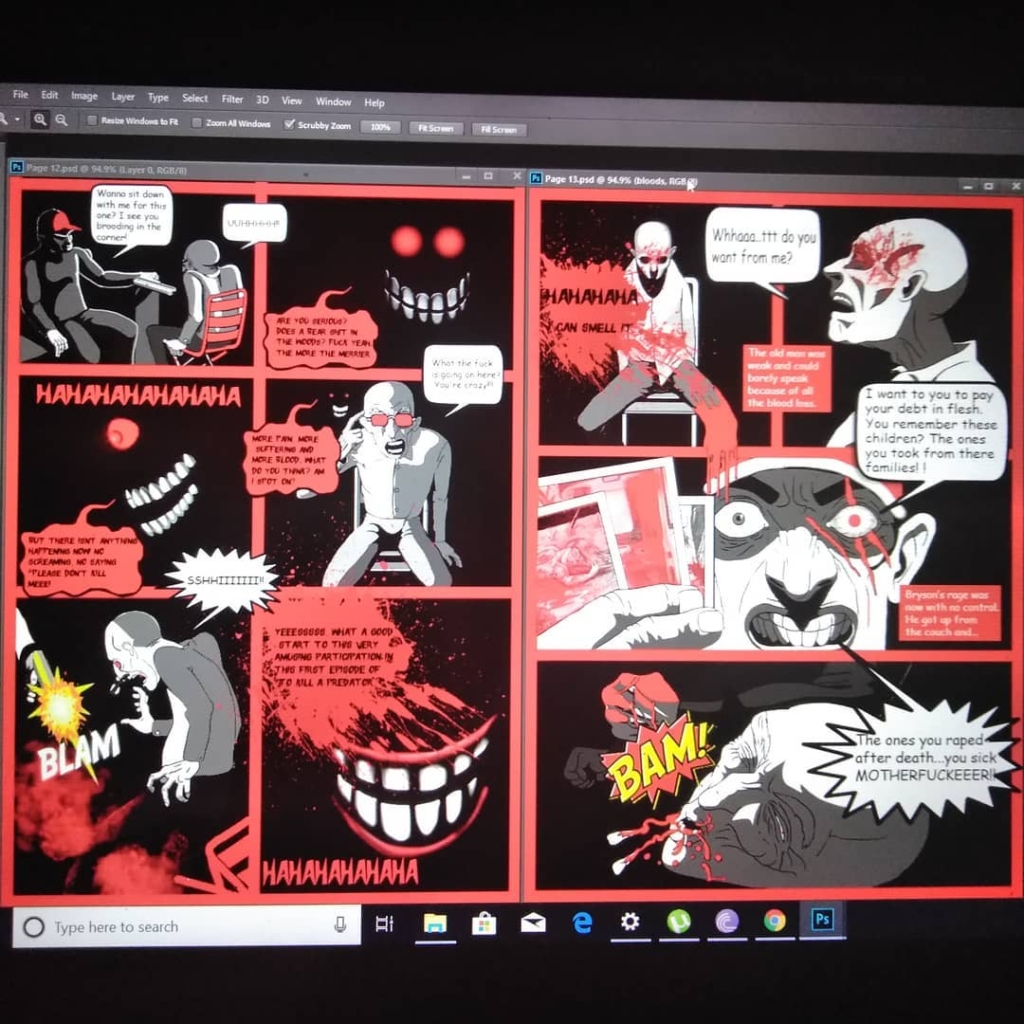 War Is All I Know is an extremely violent and brutal comic intended to create an emotional experience for the viewer, with its controversial subject matter and extreme visual delivery. It’s a strong opening to the series which leaves several avenues that can be explored in future issues. It may not be for everyone due to the content. But if you are looking for a challenging horror story where the super heroes are replaces with the anti-heroes, this is an original concept — one I am very much looking forward to seeing unfold.

War is all I know will be available through ComixCentral in November. I was fortunate enough to have the chance to speak with creator Benito Andino III about his career and his creative process, and you can check out his answers to my questions below.

INTERVIEW WITH “WAR IS ALL I KNOW” CREATOR BENITO ANDINO III 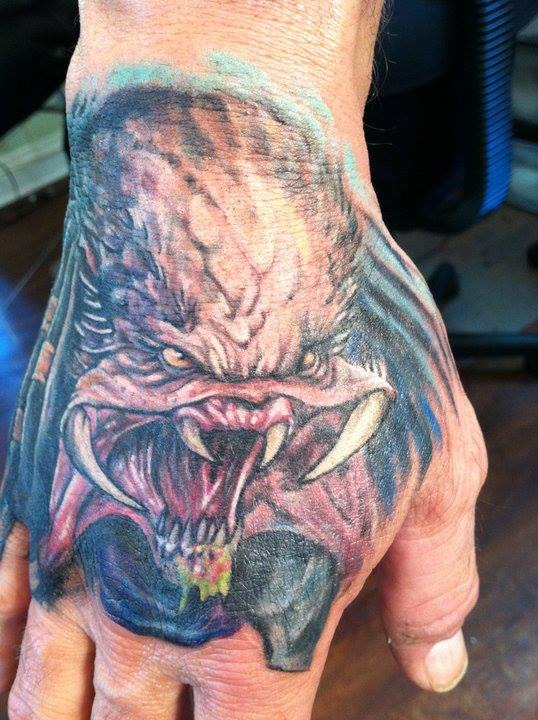 How did you first get into creating comics?

I was a weird kid. I had friends, but they were always a select group. I found myself not wanting to play out a lot of times, and it led to me reading comic books around ‘85. I’m 39 now. My first comic was a Silver Surfer comic. I was so intrigued by this new world I was getting into; the colors, the stories — it was like something I had never seen or read before. It was there and then I wanted to make comics. But life, like always, takes bad turns for some. And after years of family problems, military, big family, my father passing, etc., I got into tattooing. That opened a bigger spectrum into art and storytelling. Now, after all those years, I have the time to do what I always wanted.

Not everyone realizes, but it is often a time consuming and collaborative effort. What is your involvement in the development of the comic?

I am the publisher, creator, letterer and writer.