“The Comic” has hints of the chaos of “Brazil”, the unruliness of “A Clockwork Orange”, and makes as much sense as “Fast and Furious”. In a dystopian future a comic murders a competitor to get ahead but squanders his opportunity on love. Let’s dig into 1985’s THE COMIC, directed by Richard Driscoll!

For a dystopian film, the forecasting of the future power dynamic isn’t very imaginative. The wealthy run the world? You don’t say?

There is an amorphous nature to the film that makes it almost completely lack entertainment. Actually, I won’t pussyfoot; nothing is entertaining about this film.

That seems to be a problem when you name the film The Comic.

I remember the first time I watched A Clockwork Orange, about a year before I read the book in school, and how confused I was by what was happening. The book straightened that out somewhat, though that was an act of attrition learning such a specific slang. 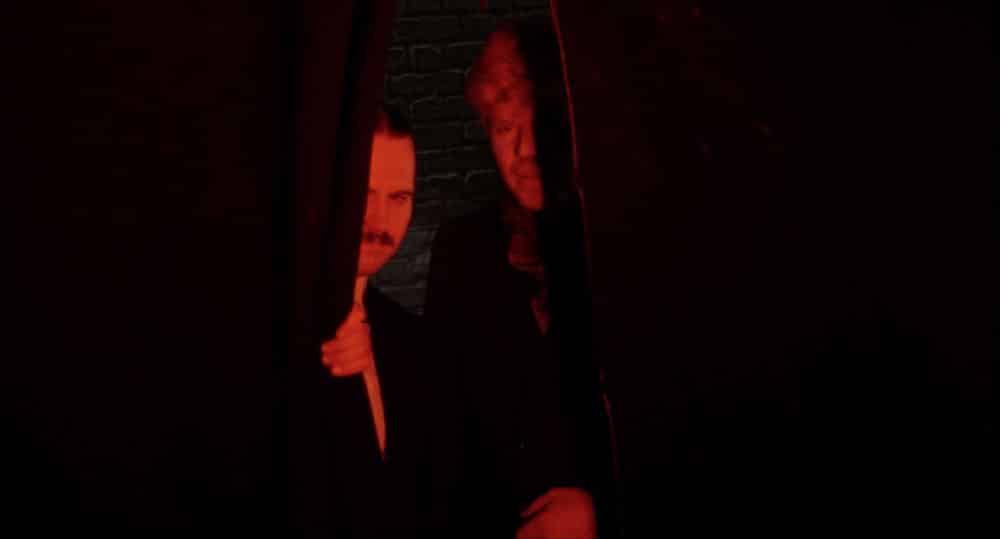 This film offers no explanation. We jump around from a dream-like scene to the ultra-violent in the snap of the fingers.

This carrot-headed, Sean Astin-looking star played out like a low-rent Johnny Rotten. At least Lydon can entertain.

Bob Flag (Jim Malone) is recognizable as Big Brother in the 1984 adaptation of George Orwell’s too close to life novel 1984, starring John Hurt.

There is nothing done to build the character Ann, besides undressing her over and over. She’s a dancer/stripper who spends the entire movie like a character in Trainspotting that’s getting a fix. 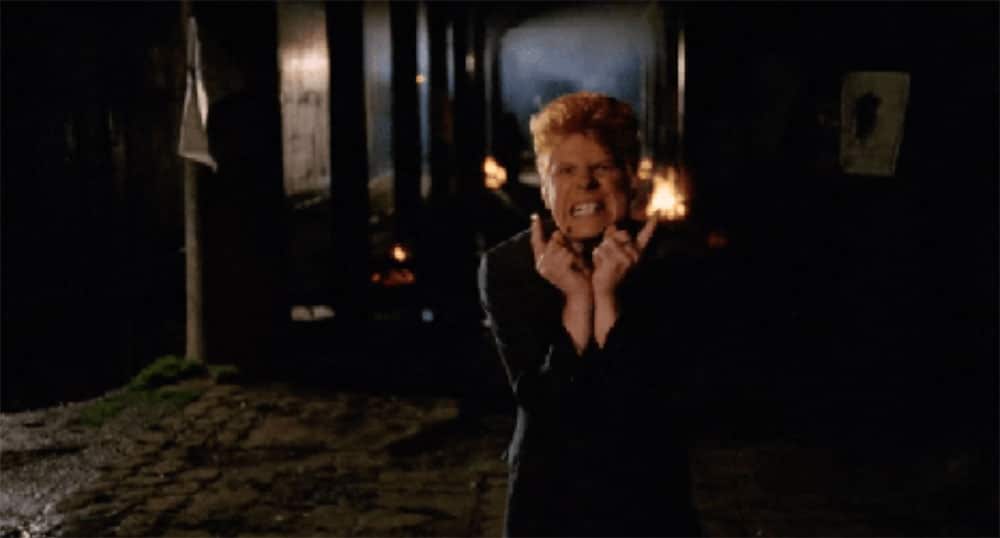 There isn’t too much to love here, but I’ll go with the contrast of colors. The dreary dystopian future (contemporary Britain) is no place for an ocherous-headed gent.

Initially, I dismissed this thought outright. After thinking about the current state of comedy and the treatment of comedians as societal pariahs, I think a lot could be done with something along those lines. I wouldn’t use much from the film.

Arrow Video released a Blu-Ray with a scan from the original negative and new footage featuring star Steve Munroe. You can rent on Amazon, Apple, YouTube, and Google Play.

Overall Rating (Out of 5 Butterflies): 1.1
THE DAILY DIG
The Daily Dig brings you hidden genre gems from the 1960s-90s you may have not yet discovered. You’ll get a brief rundown of everything you need to know, including where to watch each title for yourself. Come back each day, Mon-Fri, for new featured titles. CLICK HERE FOR A TIMELINE OF DAILY DIG COVERAGE.