A grieving couple find themselves stuck in a time loop — one they may not escape alive — in this bizarre tale of loss and healing from Johannes Nylom. 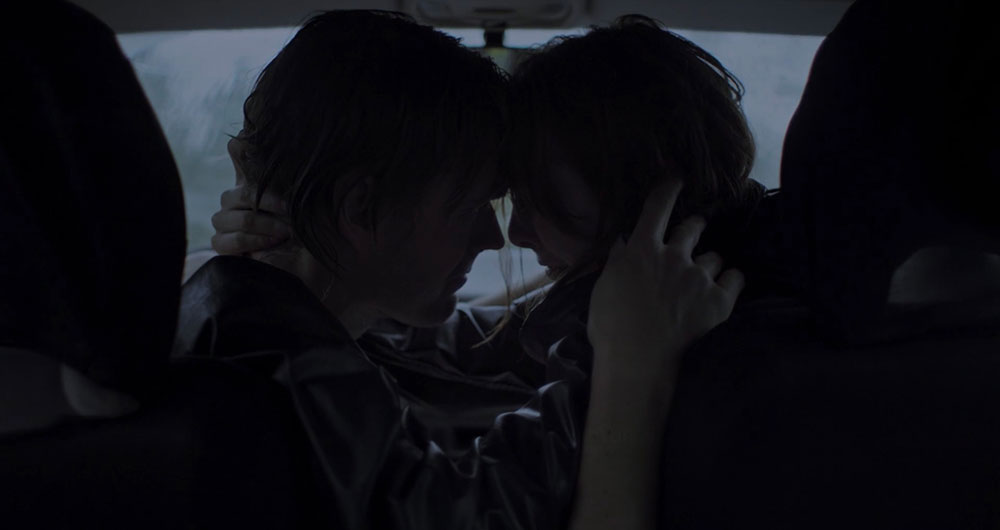 Grief is a hot topic in horror right now. This is nothing new — horror has always been an outlet for exploring unpleasant human emotions. But in the last couple of years, there has certainly been an influx of films that deal with grief and how poorly we often process it. Films like Hereditary and Midsommar have found huge success as well as resonance with people who feel that these narratives have helped them deal with loss in their own lives.

Swedish director Johannes Nyholm adds his own voice to the chorus with Koko-di Koko-da, a bizarre film about a couple coming to terms with the loss of their child, as well as the rift it has caused between them, in frightening ways. 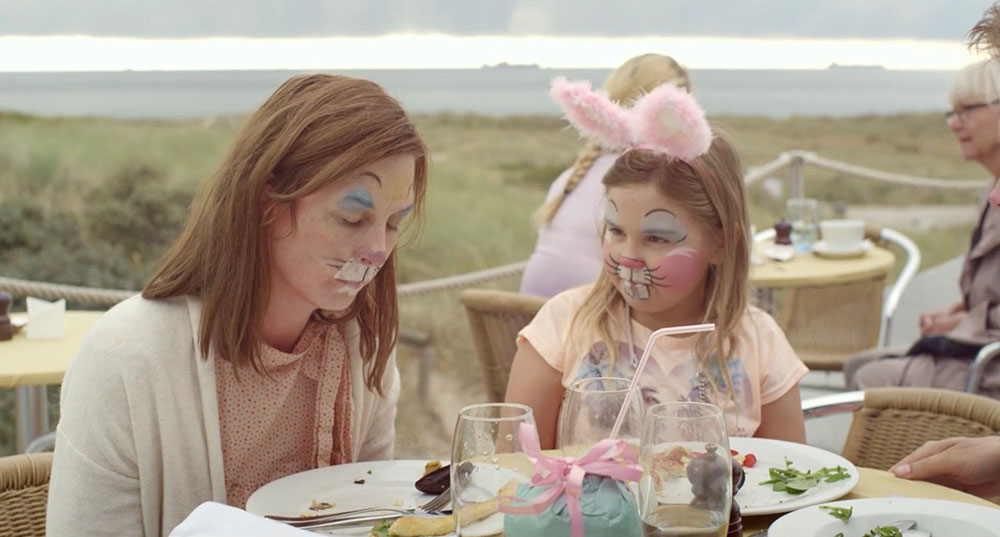 The film opens with a birthday party; Tobias and Elin’s daughter Maja is turning eight years old. But before she can blow out her candles, the child dies unexpectedly. Fast forward three years. Tobias and Elin’s relationship has obviously suffered and, as they embark on a camping trip, they do little but argue while never addressing the heart of the issue. But their forest getaway is soon disrupted by a trio of odd, menacing characters who attack the couple for no immediately discernible reason.

Tobias and Elin find themselves stuck in a time warp. They relive the same day over and over again, and each time they are attacked by the same miscreants. As Tobias begins to realize what’s happening, he tries to save himself and his wife from their aggressors. But something larger is at play, something that is tied directly to their grief. 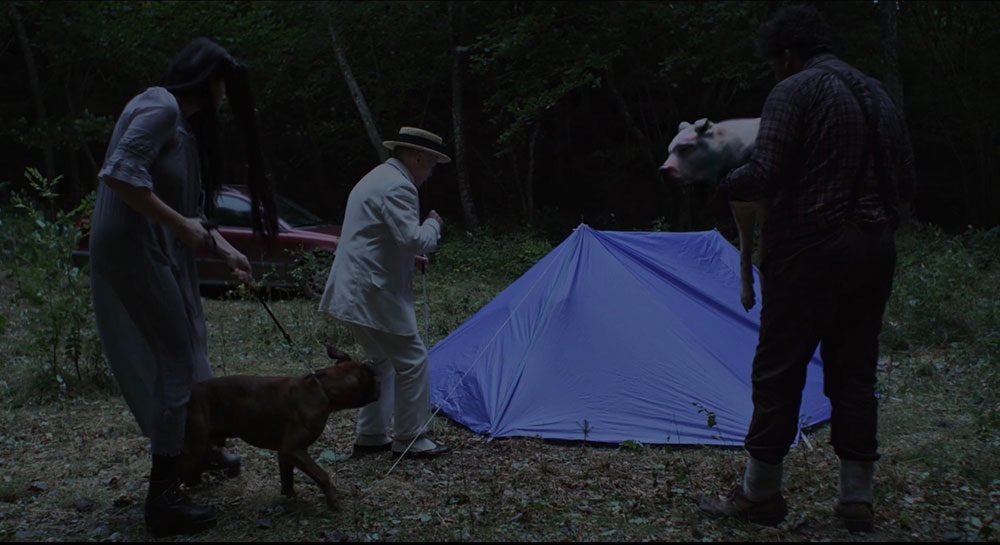 It’s a weird film, one that won’t be for everyone. I’m not sure it’s for me. The narrative is layered with meaning that slowly reveals itself as the story unfolds, but I found that those meanings got a little lost in a fog of imagery and convoluted structure. There’s plenty to be said for leaving things to the imagination, but some things were not explained that needed to be explained, and it left the overall plot feeling a bit muddled.

That isn’t to say that it’s a bad film. It’s one that may require multiple viewings to fully understand and appreciate. But I found it too depressing to want to revisit. That being said, the film does end with a small message of hope and healing. 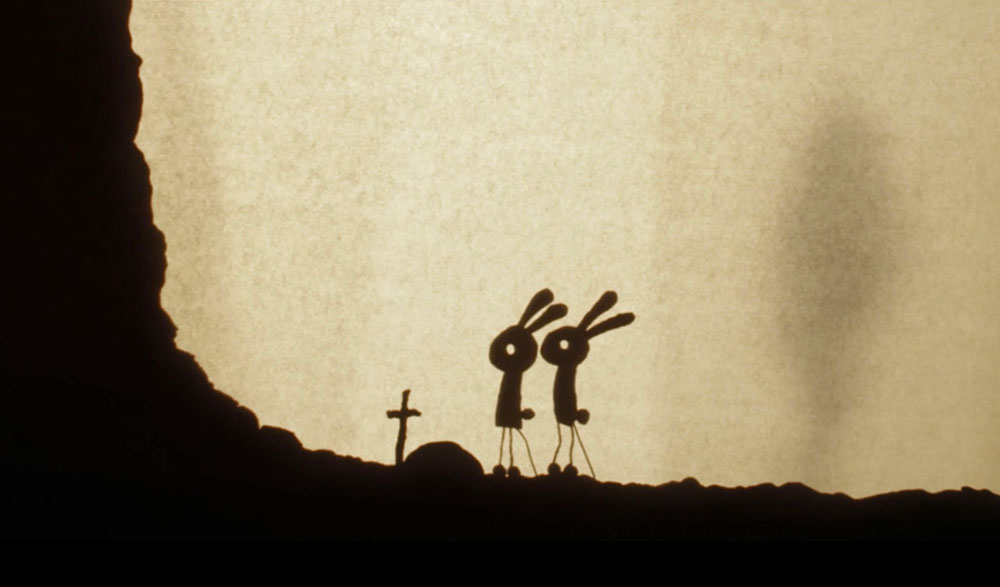 There is also a distinctly childlike aura surrounding the way the film handles grief.

Themes of life, death, and rebirth are explored through shadow play and puppetry, breaking them down into simple terms, the way they might look through a child’s eyes. It’s almost as if the story is being told my Maja herself in an attempt to understand her own death and life for her parents in the aftermath.

In a similar vein, the antagonists are like villains from a children’s book. A jaunty music box tune follows them wherever they go. They’re visually distinct and cartoonish, and their motives are very simple. At times, they’re almost too cartoonish, their bowtie-wearing, cane-toting ringleader often toeing the line between frightening and ridiculous. 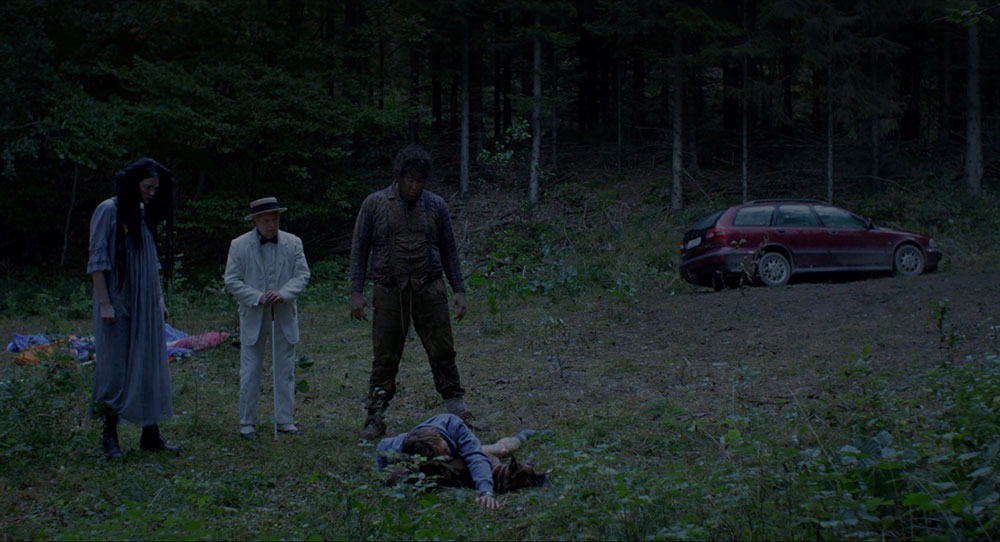 Either way, he and his comrades are thoroughly creepy as they traipse through the forest singing and carrying a dead dog, waiting to sneak up on Tobias and Elin when they least expect it.

‘Koko-di Koko-da’ is an unusual and unnerving trip down the rabbit hole. If you’re a fan of off-the-wall films or grief in horror, you may appreciate it. It doesn’t entirely work for me, but it does present a thought-provoking perspective on dealing with and recovering from loss.

It’s a unique story, bringing fresh elements to familiar territory, but it’s the atmosphere of a folktale/children’s story that really makes it special. That alone, to me, makes the film worth seeing.