Tense, unnerving, and at times uncomfortably relatable, “The Swerve” shows us how easy it can be to break under the pressure of our daily lives. 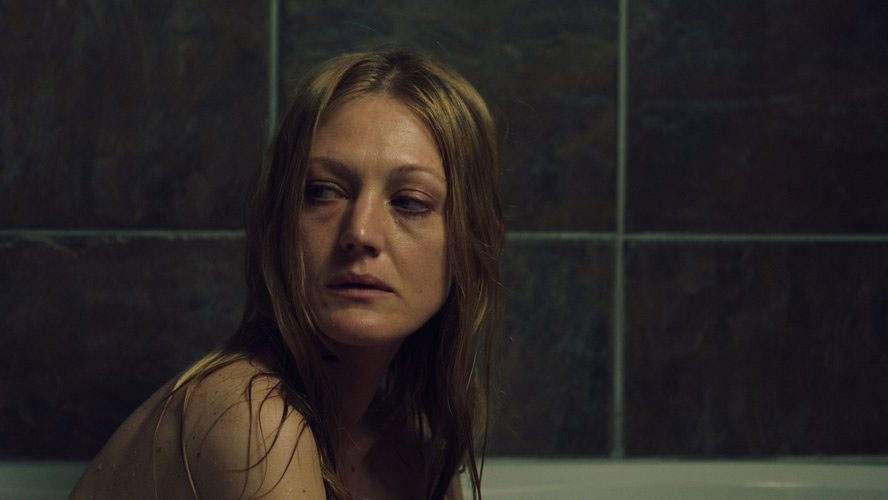 At some point or another, we have all felt as if we’re going to crack under the weight of our day-to-day lives. We go through the motions like hamsters spinning their wheels: get up, get the kids to school, go to work, come home, cook dinner, sleep (if we can), rinse, repeat. Much of the time we derive very little joy from this cycle, but we settle for just getting through another day.

Until one day something happens — something small and meaningless that has nothing to do with the real problems in our lives — and the cycle breaks, sending us spiraling into chaos.

For Holly, the deeply disturbed wife and mother at the heart of Dean Kapsalis’ debut feature The Swerve, that something is a mouse in her kitchen.

But her problems started long before then. Holly is cracking under the weight of her life. She can’t sleep. Her husband, Rob, is distant and dismissive. Money is tight. From her two teenage sons she gets apathy at best and outright disrespect at worst. Her past appears to be just as turbulent as her present; her relationship with her own parents and her equally troubled sister is tense, to put it mildly.

A single rodent is the least of Holly’s problems, but it becomes both a catalyst and a scapegoat for the disintegration of her already tenuous sanity. She obsessively lays traps for the creature and, when she believes that it attacks her, she becomes even more paranoid and worries that she may have contracted rabies.

After an upsetting family dinner at her parents’ house, she encounters a couple of drunk men on the road home, taunting her from their car. A few days later, she reads in the newspaper that the car was found on the side of the road with the two men dead inside and she becomes consumed with guilt, certain that she caused the accident.

When she tries to confide in her husband, she discovers him fooling around with a female coworker. In response, she begins an affair with one of the students in her high school literature class — which, of course, only makes matters much worse. 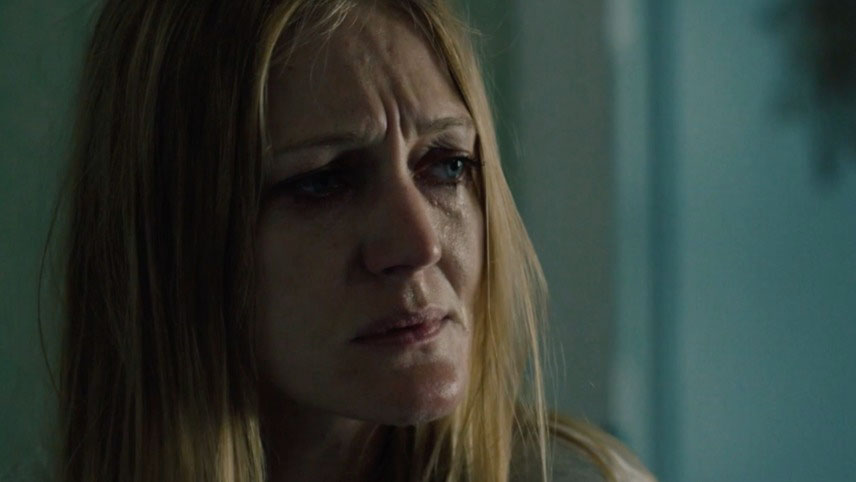 The Swerve is a story of one woman’s breakdown, desperation, and paranoia.

The tension builds slowly as we watch Holly lose herself a little more with each scene. She becomes an increasingly unreliable narrator. It’s unclear at times what is real and what is simply a product of her overwrought mind. Did she really cause the accident at killed those men? Is her husband really having an affair? Or has she simply convinced herself that these things are true so thoroughly that it’s enough to drive her over the edge? Holly doesn’t know the answer and neither does the viewer.

One thing we do know is that Holly is hopelessly alone in her struggle. She feels like a stranger in her own home while her family goes on with life as usual, her breakdown largely unnoticed. Their indifference is the driving force behind Holly’s actions and it ultimately leads her down a destructive path.

All she wants is for the people she cares about — the people who are supposed to care about her — to recognize her pain. To help her. To see her.

For everyone who has ever felt like you’re being pulled in a million different directions, like your efforts go unappreciated and you’re holding it together by the thinnest thread: The Swerve sees you.

It doesn’t offer a message of hope, but what it does offer is catharsis and validation — and, maybe, a word of warning.