A loose continuation of the 1999 film, “Blair Witch: Oculus Quest Edition” is a slightly flawed, though highly enjoyable and immersive experience. 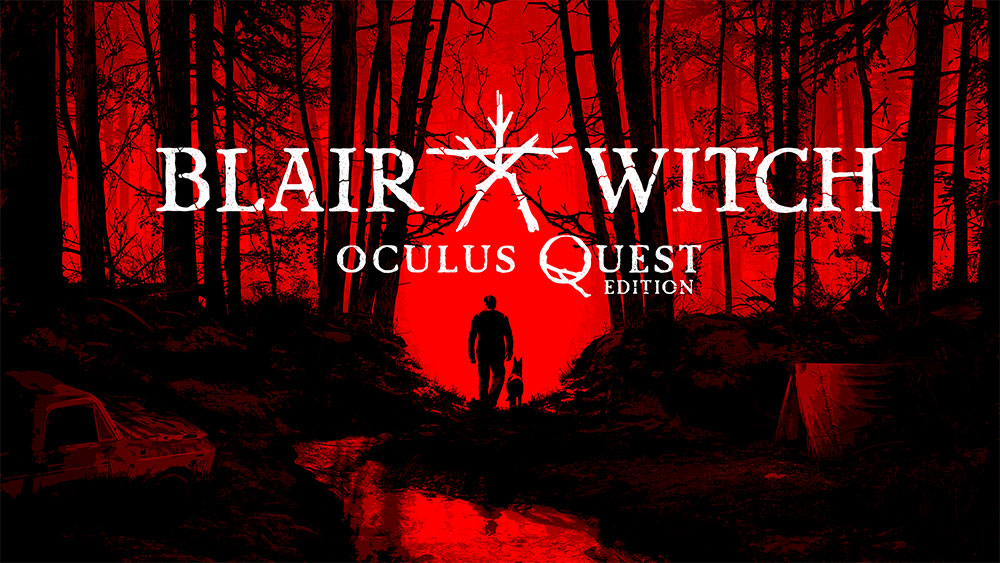 Though it has gained popularity and accolades in recent years, horror as a visual medium has remained largely unchanged for decades. Movie studios dabbled with 3D on the big screens back in the 1950s, with attempts at resurgence coming in fits and starts afterwards (to decidedly mixed results). Surround sound has been added, musical scores have basically been perfected, and the monsters have evolved with the times, reflecting society’s fears as a whole. There have been some decent scary games released over the years as well, especially in the survival horror subgenre.

But, regardless of the different approaches, the actual horror experience has ostensibly stayed the same; the viewer seated in a chair/couch, snack or controller in hand, staring at a screen and experiencing the story while being safely removed from it. Passive voyeurism instead of active participation. This is what makes playing in virtual reality such a (ahem) game changer.

Blair Witch: Oculus Quest Edition effectively sets the tone right from the get-go, starting the player in a dreary and dilapidated cabin.

That it looks like a location straight out of The Evil Dead is likely not a coincidence. It is here that players can quickly familiarize themselves with the movement and VR controls while also customizing the game’s various settings. These include various comfort configurations for those who get queasy operating in a VR landscape. You can even pet the dog (more on this later).

The story is set in 1996, two years after the events of the first movie.

A young boy has gone missing in the Black Hills Forest under mysterious circumstances. Local authorities have organized a search party with the hope of finding the missing child quickly. Players take on the role of Ellis Lynch, a military veteran and former police officer, who has joined the search for personal reasons. He is an interesting, albeit slightly cold, protagonist — driven by a sense of obligation, but also weighed down with heavy emotional burdens.

As the player progresses through the game, Ellis’ motivations, the reason for the boy’s abduction, and the source of the strange noises in the forest are all revealed over the course of 17 chapters. The chapters themselves are of various lengths, some lasting for only a few minutes, while others can stretch out to a half hour or more.

Like most other VR titles, this is a strictly linear affair.

Nearly every single major plot point is pre-determined and heavily scripted. Some gamers may find the lack of choice frustrating, but I found that it resulted in a much tighter narrative.

Though the disappearance informs the opening cinematics, the missing child is merely a catalyst. Ultimately Blair Witch is about Ellis’ struggles with regret and PTSD, which are toyed with and bastardized by the spirit in the forest. The story culminates with either his eventual salvation or damnation (depending on which ending the player experiences). The witch herself, as well as the associated lore, are mostly used as a backdrop for this stand-alone story.

Previous Burkittsville events are only ever mentioned in passing. But the feelings of isolation and paranoia that were prevalent in the movie are expanded upon to great effect. In fact, everything about the presentation is designed to maximize the player’s feeling of loneliness. Actual face-to-face interactions with other characters are virtually nonexistent. Information and exposition are provided via found documents, walkie-talkie conversations, the occasional flashback cutscene, and through tapes played back via a videocassette recorder.

Unsurprisingly, outside of the game title and Black Hills Forest location, the video recorder is the most obvious callback to the original Blair Witch film. And it has a rather cleverly designed gameplay mechanic baked in as well.

Helping to push back against that feeling of oppressive isolation is your stalwart canine companion, Bullet.

Far from being a gimmick or novelty, Bullet is integral to both the story as well as the actual gameplay itself. He will locate items for you, alert you to danger, keep you on the right path in the dead of night, and help combat the loneliness and despair that manifests from Ellis’ frequent episodes of PTSD.

It’s actually amazing how well realized he is as a character. This is a testament to just how much Team Bloober understands basic human pathos.

With Bullet as the only source of companionship in the spooky woods, the player forms an immediate bond with him. When he fetches something important, we want to reward him with scratches and treats (which the player absolutely can do). When he is scared, we become terrified by proxy. And, above all, when he comes bounding over a crest with a welcoming bark, having left us alone in a foreboding environment for several tension-filled minutes, we experience an intense and profound feeling of relief.

And did I mention that you can play fetch with him? Because you totally can, and it is as awesome as it sounds!

Despite being billed as a horror game, much of Blair Witch: Oculus Quest Edition’s minute-to-minute gameplay actually revolves around exploration and investigation.

Expect to spend quite a bit of time trudging through the woods… and what ominous woods they are. Dark, gloomy, and frequently twisty, you’re never quite sure what awaits you around the next bend. This means that the Blair Witch game is a more cerebral experience, as interested in telling a story and making the player scavenge for clues as it is in providing genuine frights. As such, the jump scares and horrifying elements do not occur as often as expected.

This less-is-more approach actually works in the game’s favor, however, with the developers seemingly striving for quality over quantity. And they largely succeed. Tension and paranoia are the primary focus here, so gamers looking for nonstop scares may find themselves disappointed.

Apparently the VR version of the game has also been revamped slightly, removing some of the more intricate puzzles and discoverable items in favor of an optimized and streamlined experience. How this iteration of the game compares to its flat screen predecessor is something I cannot speak to, though I appreciated the generally smaller chapter sizes and simple puzzle solutions.

Playing with a VR headset and motion controls does get tiring after long sessions. My playthrough ran roughly six hours, but probably would have been closer to five if I hadn’t been combing every inch of the woods for collectibles.

Graphical fidelity is certainly not up to the standards of traditional gaming consoles or PCs, but this is really due to the limitations of the Oculus Quest 2 itself.

Draw distances are mediocre at best, water looks like it was rendered on technology ten years out-of-date, and textures are lacking in significant detail (especially when viewed up close). But there is a certain charm in the relatively lo-fi presentation. After all, this tale is supposed to be taking place in 1996.

Though it was not initially designed for it, Blair Witch translates to VR amazingly well, even with the downgraded visuals. The claustrophobic feeling of dense flora. The skittering of creatures just out of sight. The subtle shift in lighting as you transition to a place of danger. These are all amplified and much more impactful when they completely surround the player.

While the graphics may not win any awards, the sound design is uniformly spectacular.

Or, at least, it is when NOT experienced through the Oculus’ lackluster built-in speakers. A callout during the opening credits actually recommends utilizing headphones in order to take full advantage of the binaural audio. Having played the first few chapters with just the Oculus’ OEM hardware, I can attest that this is indeed the best way to go. The crunch of leaves underfoot, the calls of birds and the buzzing of insects, the panting and barking of Bullet, and the whispers of the witch herself are all much more effective, and enveloping, when heard through dedicated full-range drivers. Especially when the directional audio means that the noises you hear might be coming from directly behind you.

The VR controls are largely intuitive and quite easy to learn.

The phone, walkie-talkie, dog whistle, flashlight, and camcorder (the means of interacting with the game environment) are all stored at various locations on the player’s body, and the player simply needs to manually reach to those locations with the motion controls in order to grab them. There are also a whole host of comfort options to accommodate almost any player, including the option to play the game seated. I played it both ways, and found that both performed as expected.

A handful of technical issues cropped up during my playthrough, slightly marring the overall experience.

Bullet would occasionally clip through the surroundings, sometimes becoming stuck in a tree, rock, or the landscape itself, before magically reappearing in a different location. Graphical hitches and texture pop-ins were frequent enough to be nuisances, though they never fully shattered my immersion. I also experienced one significant glitch, where a necessary quest item simply would not appear, which forced me to reload a manual save from the previous chapter. A few audio hiccups manifested as well, such as when dropping a shoe to the leaf-strewn ground and hearing a metallic clunk instead of a soft organic thump.

But these issues rarely impacted the established atmosphere of the game itself.

FINAL THOUGHTS
Atmospheric and ominous, Blair Witch: Oculus Quest Edition is a solid effort, and a worthy addition to any horror fan’s VR library. Players looking for more action and less story might come away disappointed, but the supernatural shenanigans of the titular witch, as well as the endearing canine interactions, make for an enjoyable and unsettling virtual reality experience.
Overall Rating (Out of 5 Butterflies)