Transcending its narrow geographic and narrative focus, “Collective” is a moving and agonizing look at the quest for truth and the casualties of deceit. 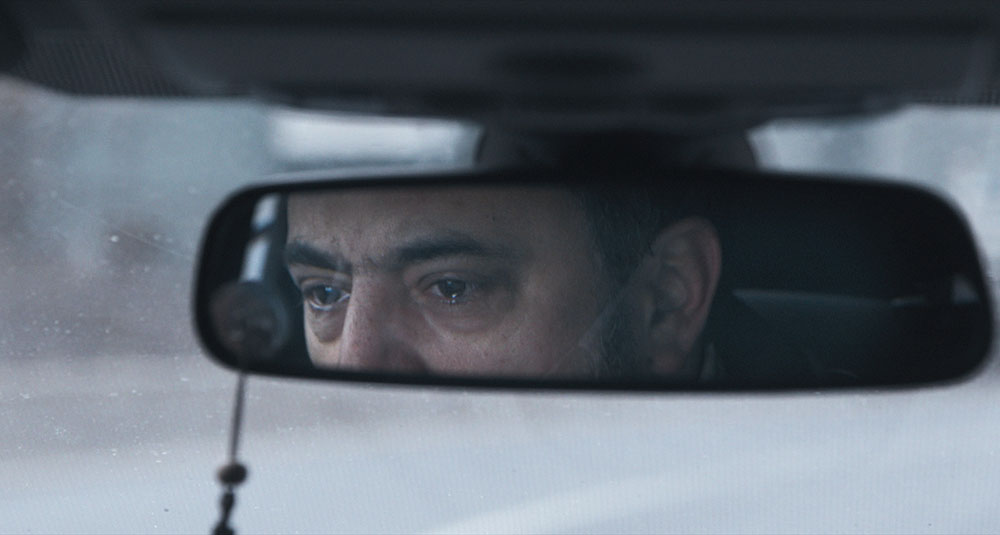 Romania’s official Foreign Language submission for the 93rd Academy Awards, Collective (Colectiv) is a heartbreaking and eye-opening documentary about greed and corruption in healthcare and government. Though it chronicles an explosive political scandal in the Central European country of Romania, uncovered by a team of intrepid reporters, the parallels to what’s happening now, more than 5,000 miles away in America, are horrifying and impossible to ignore.

Directed by Alexander Nanau, Collective follows a heroic team of journalists as they uncover shocking, widespread corruption in the country. As devastating truths are laid bare, backed by incontrovertible evidence, it’s not the criminals who get put on trial in the court of public opinion — but rather those reporting the facts.

We open with simple white text against a plain black screen, awash in eerie silence, as the tragic catalyst for the events of the film is revealed.

On October 30th, 2015, a devastating fire broke out during a concert in the Colectiv club in Bucharest. It instantly kills 27 young people and injures another 180. 37 more burn victims die in hospitals during the four months after the Colectiv fire.

We then become voyeurs in a council meeting, where burn victims and the loved ones of those lost in the fire have gathered to confront their leaders about their failure to save lives. A grieving father recounts the horror of his child’s death following 13 days of agony in a hospital woefully ill-equipped to treat burn victims, in spite of assurances from the authorities that the victims were receiving the best possible medical care.

Cut to the most wrenchingly brutal scene in the film. 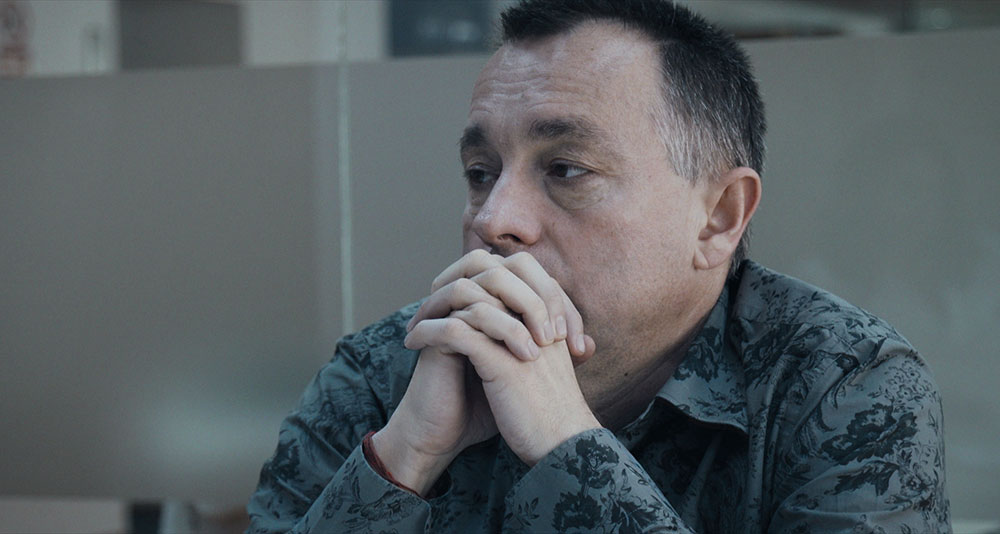 Captured from the view of a spectator’s iPhone, a death metal band is performing in front of a packed crowd at a club. Suddenly, the singer notices smoke. Within seconds, the club is engulfed in flames, and a terrified crowd tries desperately — and futilely — to escape.

Forget anything you’ve seen in horror movies. This is one of the most horrifying and panic inducing things I’ve ever witnessed on screen.

A whistleblower meets with journalist Cătălin Tolontan, who reveals to Tolontan that all the post-fire deaths can be attributed to bacterial infections contracted at the hospital. She warns that the hospitals are not safe for burn victims, stressing her reason for coming forward despite the risk: “If we remain silent, we’re complicit.”

Tolontan and his team begin questioning the official stories put out by the Minister of Health (Nicolae Bănicioiu), who proclaimed that Romanian hospitals were perfectly prepared for emergencies and every bit as good as ones in Germany — justifying the government’s decision not to transfer critically injured burn victims to better facilities.

What Tolontan reveals is more shocking than anyone could have imagined. 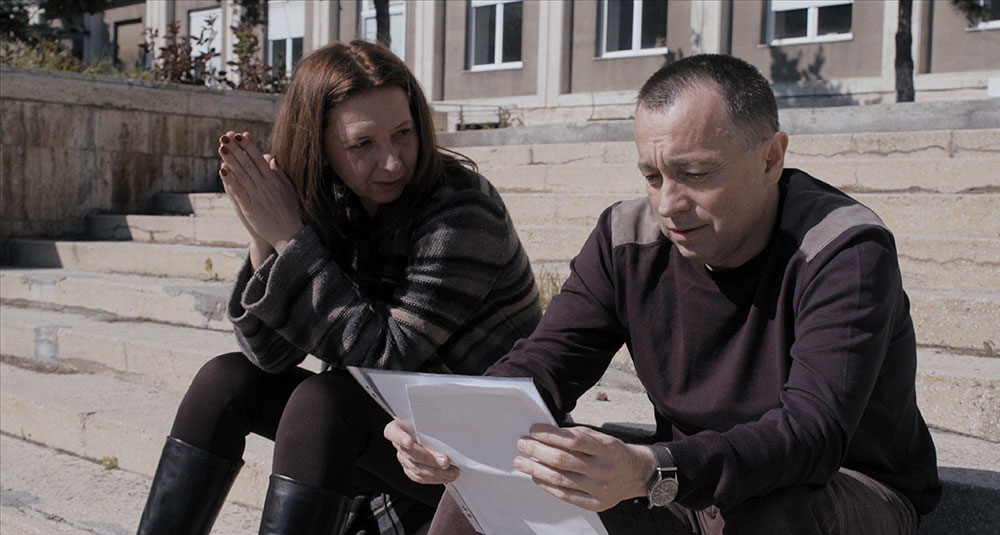 Not only were the hospitals ill-equipped to handle burn victims, but the disinfectant used in medical facilities across the country was being diluted to the point of being completely ineffective at killing bacteria — leading to a multitude of deaths, not from injuries but from preventable infections.

As victims kept dying, the Health Ministry claimed they tested the disinfectants and found they were 95% effective, an inhumane lie told to make the scandal go away.

Further investigation revealed corruption at all levels — from the criminally negligent pharmaceutical company who sacrificed lives for profits, to the medical professionals who pocketed bribes and turned a blind eye to risks, to the government officials who buried eight years of reports that something terrible was amiss. There are scenes of unspeakable inhumanity that will shake you to your core, like when the whistleblower reveals pictures of maggots festering in the untreated wound of a young burn victim and sorrowfully confesses, ”We’re no longer human. We only care about money.”

The second part of the documentary takes place after massive protests forced a temporary change in the technocrat government. Vlad Voiculescu, a former patients’ rights advocate is appointed as the new Minister of Health. Incensed by the morally bankrupt system he’s inherited, Voiculescu grants director Nanau and his crew unprecedented access to private meetings, as he uncovers just how deep the diseased roots of the system go.

There are moments of great humanity, as we root for the idealistic Minister and his herculean efforts to effect change. 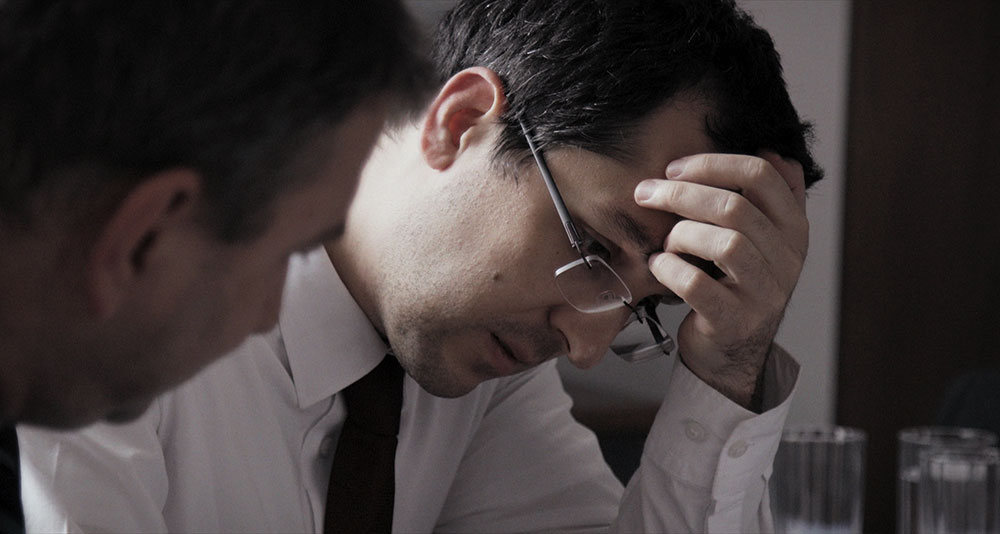 It’s inspiring to watch his willingness to tell the truth, even in the face of scorn and ire from his political rivals. Then there’s Tolontan, who refuses to back down from his investigation, while being blamed for inciting panic and having his safety threatened. With great journalistic integrity, he recognizes his critical role in holding the government accountable to the people.

Collective is utterly engrossing as an edge-of-your-seat, real-time investigative story about the relentless pursuit of truth. Nanau makes sure to always bring the story back to the victims — so you never forget the very real and consequential human impact of the vast corruption being uncovered. On the surface, this may be a documentary entirely focused on Romania and one isolated situation, but it’s really so much more than that.

At its core, Collective puts a worldwide sickness under the microscope. It’s about the disease of greed, which leads to an anemic capacity for compassion.

As you watch government officials who flagrantly lie to the public, with little regard for the tremendous suffering laid bare, get re-elected by the people whose trust they’ve betrayed, it’s deeply demoralizing. And it’s easy to draw unnerving comparisons to our own country and our own political scandals, which seem to be so quickly and easily forgotten as soon as they happen.

Collective is not particularly hopeful. This isn’t a movie where the screenplay punishes the guilty and spares the innocent. This is an unflinching documentary about real life horror — and it’s devastating. But it’s also incredibly important. That importance is best illustrated with a gut-punch of an ending that perfectly sums up the theme of the film. The song “Nothing More” by Alternate Routes can be heard playing on the radio, and in its lyrics, we find a clarion call to action:

“We are how we treat each other… and nothing more.”

Collective, from Magnolia Pictures, is now available to rent on most VOD platforms, or stream it for free on Spectrum.