What happens when a book that terrified you during your youth gets made into a low-budget 80s movie? It’s my imagination vs. The Boogens. 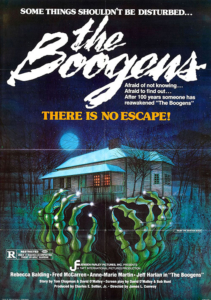 Sometimes an overactive imagination can be a bad thing.

I remember reading a book by Robert Weverka and Charles E. Sellier, Jr (yes, he of Silent Night, Deadly Night fame). I didn’t realize until years later it was a novelization for a movie, and it would a few more years before I actually got around to watching it. Sellier served as producer for the movie.

In the book, a mine is being reopened in a small mountain town — reawakening the slithering, amphibious, tentacled boogens. As I recall, the boogens move with a squishing sound and through the pipes allowing them to attack anywhere. The book is bleak and only the boogens survive. It seems kind of silly now, but the book scared the hell out of me. 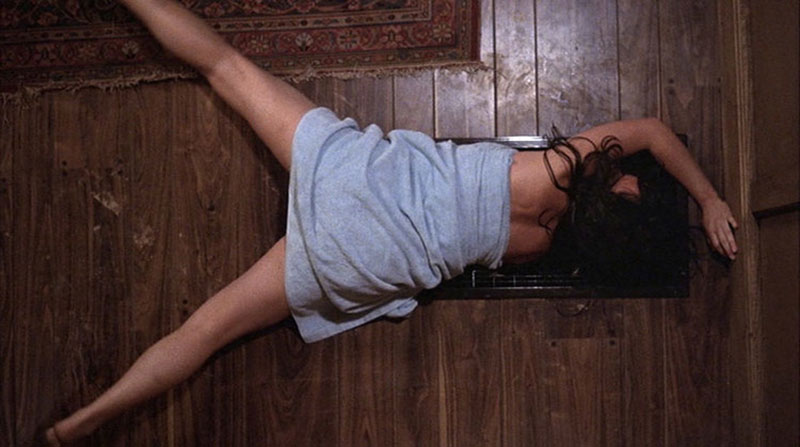 So, picture this. I’m in my secluded basement room (only part of the basement that was finished). It’s late. I’ve finished reading the book, and I’m heading upstairs to use the facilities. The only light switch is at the top of the stairs, so I’m moving through the basement to the stairs with only the dim light shining through my bedroom door.

Suddenly, I hear a rush of water! It’s the boogens! I just know it! I barrel to the stairs, hurtling myself up them only to slip and crash in a loud cacophony of thudding and cursing. While I lay there sure I’ve broken my leg and am about to die a horrible boogen death, the light suddenly comes on and all I hear is, “What the fuck is going on?” from the parental unit at the top of the stairs.

The rush of water? Someone flushed the toilet just as I was venturing upstairs. 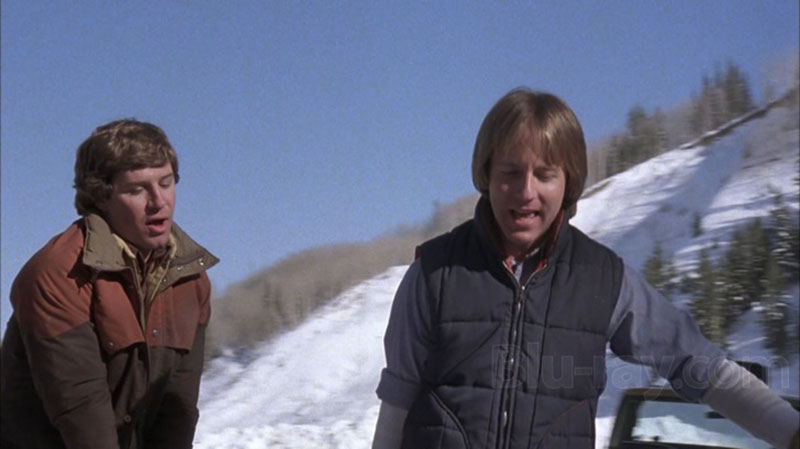 So the movie “The Boogens” follows the same story line. It opens with old newspaper stories detailing a mine collapse in 1912. The movie then jumps ahead to the present (well, 1980s present). Fred McCarron (Xanadu) and Jeff Harlan (Peppermint) play Mark and Roger — two outsiders brought in by two aging miners to reopen the mine. While they are working on the mine, an explosion releases the boogens.

As our cast starts getting picked off one-by-one, the only person in town who seems know what is going on is Blanchard, played by Jon Lormer (Creepshow). Blanchard is the son of the lone survivor from the 1912 blast. 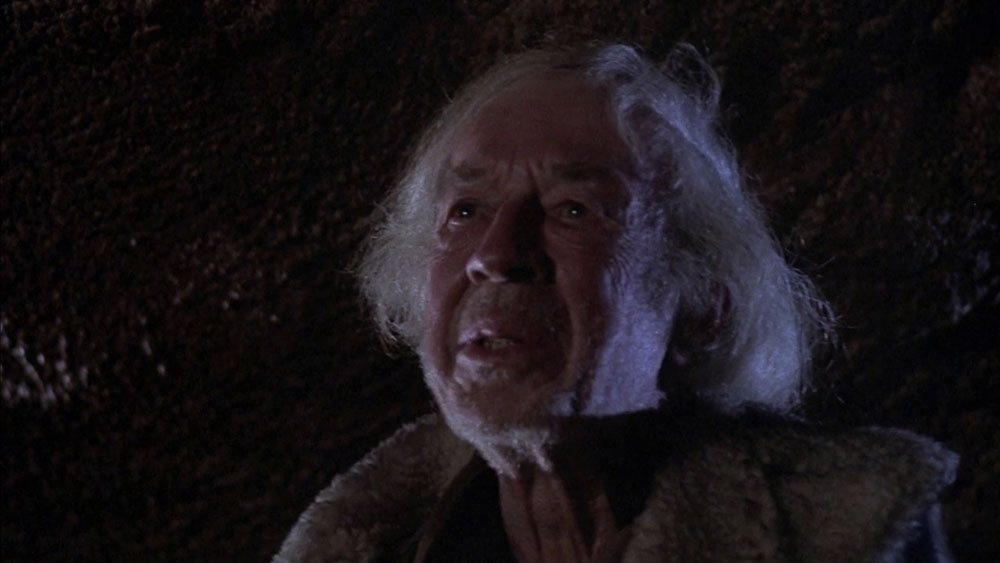 The movie sets itself up well. We’re given time to get to know and care about the characters. Mark and Roger are likable and have good chemistry with each other and with their love interests, Trish and Jessica, played by Rebecca Balding (The Silent Scream) and Anne Marie-Martin (Prom Night).

The cast is talented, and you can almost start to forget they’re about to start dying. The best performance may be by the small white poodle who plays Jessica’s dog, Tiger. 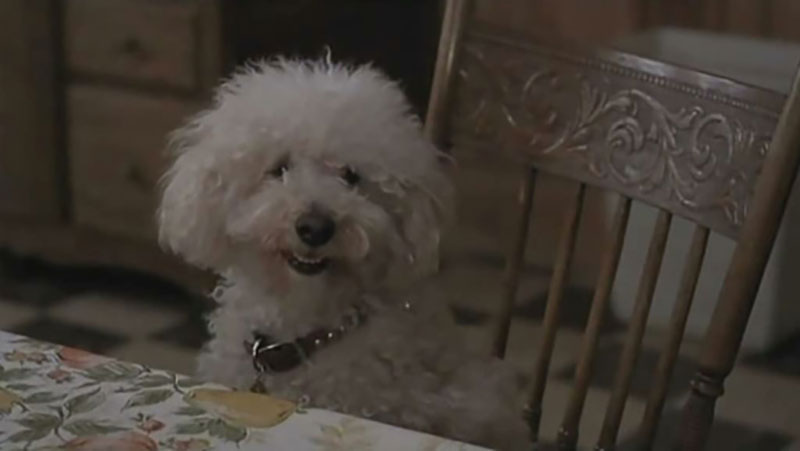 The movie takes the Jaws approach to the creatures. Through most of the movie, we don’t see them. Instead, we see the action from the creatures’ POV. This is actually pretty effective, as we watch what it would look like if a spider wearing a Go-Pro was suddenly chasing me through my house. (Hey! We all have our phobias. Don’t judge!)

When we do finally see one, the low budget becomes obvious. Rather than the more amphibious creatures I imagined from the book’s description, we get something that looks like what a turtle might look like if it had really met with some radioactive ooze. At least they got the tentacles right. 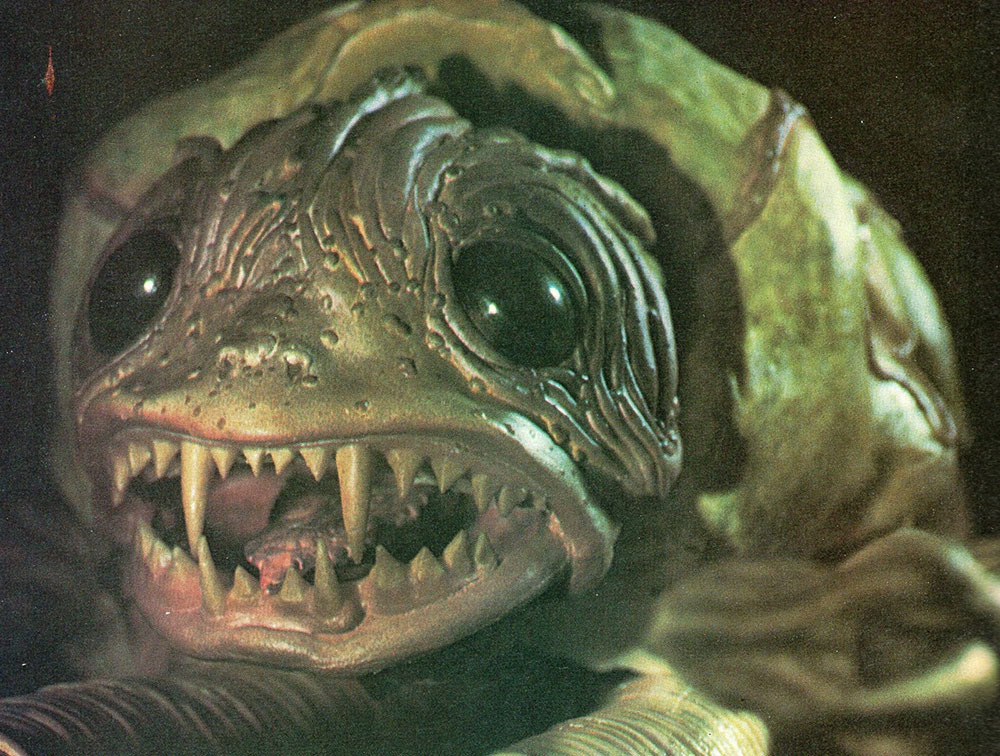 And something else that seems to have been affected by low budget is that we never really see The Boogens attack. All we ever see is A boogen attack — a single creature at a time — even when our reluctant heroes find themselves trying to escape their underground lair.

The performances set this movie above your standard 80s B-movie fare, even if it is a bit of a disappointment after my memory of the book.

I’m going to have to try and track down the original novelization to see if it holds up as well more than thirty-five years later. If the books is still as scary as I remember, The Boogens might be ripe for a remake.