“Lost Child” is a beautiful, slow burning, moody thriller; thought it may not appeal to horror fans, it’s a great story that’s definitely worth a watch. 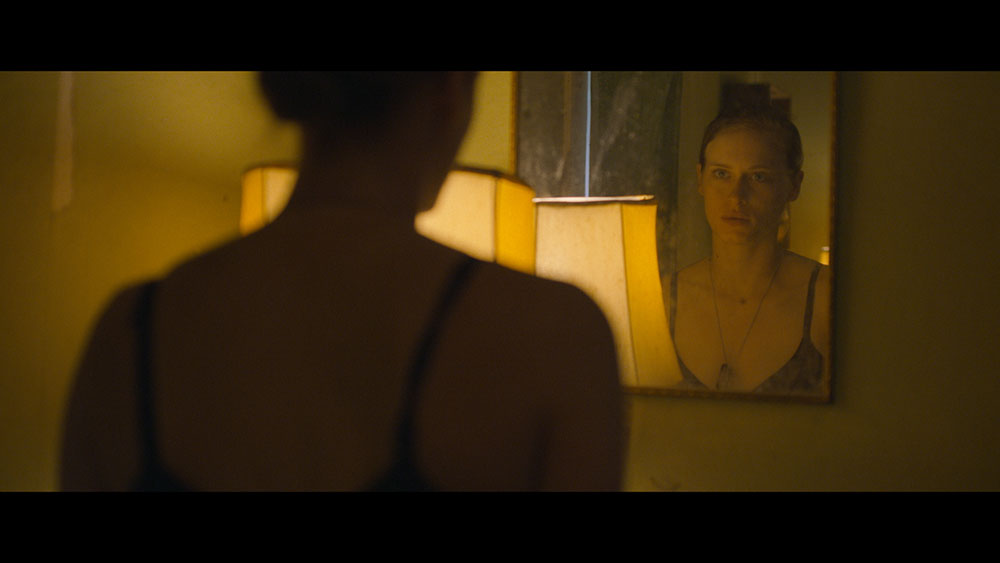 Lost Child is a haunting look at how we can become the very thing that we are afraid of. If the people around us tell us we are something bad, then that is what we believe we are. It is so easy for humans to accept other’s perceptions of us, even if they’re not true. Children are especially susceptible to this. It is easy to blame them for things that aren’t even their fault, and they will accept it as the truth.

When I received the screener for Lost Child, I thought I was getting a horror film of sorts. That was not the case, but this horror girl liked the film regardless. Lost Child is a dramatic thriller that keeps you wondering right to the end.

Synopsis: When Army veteran Fern (Leven Ramblin) returns to her home town, West Plains in the Ozarks, after her father’s death, she finds things are not going to be easy. Suffering from PTSD, she starts looking for her brother, who she got separated from as a child. Her dream of working things out with him does not go well, because of his anger at his perception that she abandoned him. 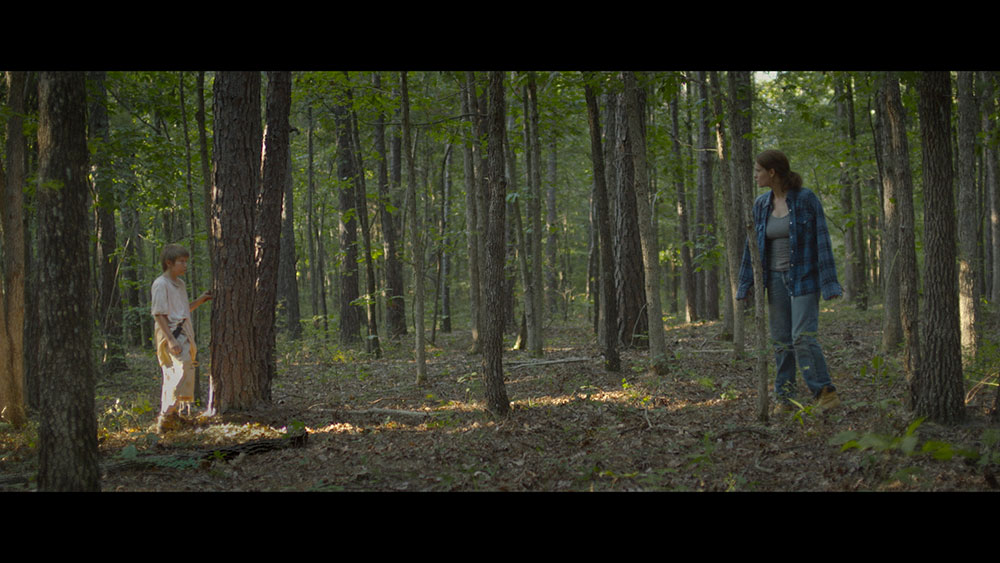 While out in the woods near her father’s house, she finds a little boy named Cecil (Landon Edwards) and brings him into the home. She starts feeling very maternal with him, maybe because she misses having a relationship with her brother. As she searches for answers about who the boy is, she finds her life in jeopardy — from many of the backwards townspeople.

The biggest danger is from a man named Fig (Kip Collins), who is always hanging out in her woods and believes wholeheartedly in the local folklore about a malevolent, life-draining spirit that comes in the form of a child. Fern ultimately finds out the truth during her efforts to protect the unusual little boy.

Folklore can be a powerful thing. In small towns and even in big cities, there are things that people believe in that are based on local rumors or old stories, that have nothing to do with reality. Spirits, demons, sasquatch, giant sea creatures, etc. They are just fairy tales. But if you believe in them, they become real to you. 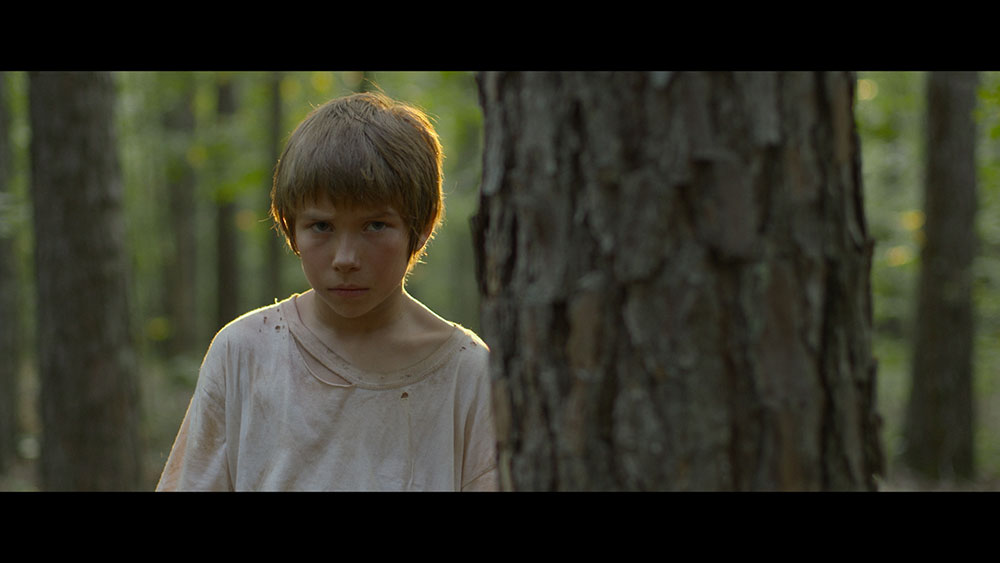 In the case of this film, the demon in question is called a Tatterdemalion. If you look in the dictionary, it is simply defined as a person wearing ragged or tattered clothing; a ragamuffin.

When Fern finds Cecil in the woods, he fits that description perfectly. He is very dirty and tattered. As Fern talks to more people about the little boy, they warn her about the old story. The Tatterdemalion is a boy, banished to the trees, who will suck the life out of you to stay young. He will steal your health and your hair will turn white.

He is smart and will make you love him, so you will invite him into your house. Your only protection is to keep him out with the shape of a triangle. As Fern begins to get sick, she starts to believe the old tales and sends Cecil away. 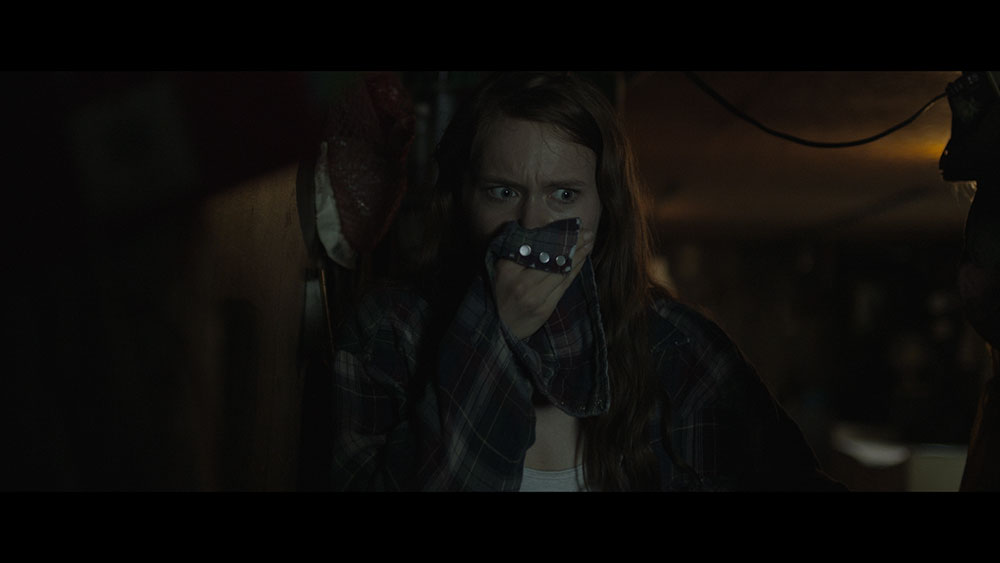 It reminds me of a quote from May Angelou: “When people show you who they are, believe them the first time.”

When Fern met Cecil, she met a polite sweet little boy. Is that who he really is, or should she look deeper? Is the story based on truth? Is Cecil a monster? He won’t talk about his past and, because of this dishonesty, she feels like there is a possibility it is true.

The cinematography by Darin Moran, is fantastic! The Ozarks are so beautiful, and we see what an astounding place it is despite the backwards thinking people Fern is surrounded by. The lighting is etherial, and the overhead shots of the Ozarks make me want to travel there soon. The film has a lovely aesthetic and is done very professionally.

Between the great shots, terrific directing by Ramaa Mosely and a deeply heartfelt script that she co-wrote with Tim Macy, ‘Lost Child’ works in so many ways, and I was kept on the edge of my seat. Not because I was so tense, but because I loved the story. Fern has PTSD from something bad that happened while she was in the military. So, there is a damaged little girl in her, who is deeply affected by the frightened little boy that she has rescued. She never gets to reconcile with her brother, but having Cecil in her life could make it worthwhile coming back home. 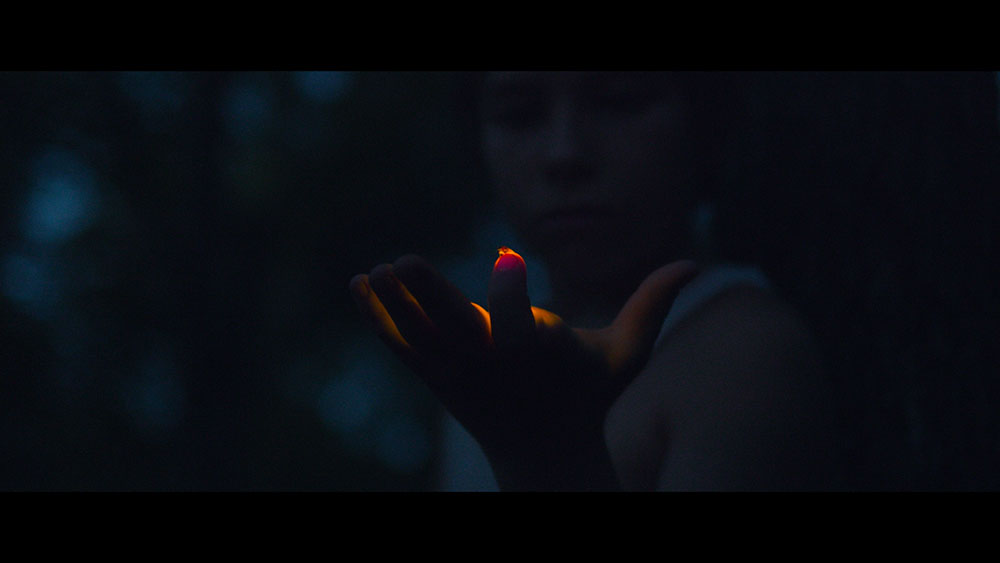 The acting was phenomenal. Leven Ramblin as Fern really carries the film and is terrific, but newcomers Landon Edwards as Cecil and local Kip Collins as Fig really stood out, and both did a stellar job with their characters!

Is Cecil a demon, shapeshifter or wood sprite? Is there another monster out in the woods? Or are humans the real bad guys? Lost Child reveals the truth behind all those questions, and I really enjoyed discovering the answers.

I hope you give this film a look when it’s available. It’s worth your time.

Breaking Glass Pictures will release the beautifully-crafted mystery thriller LOST CHILD in select theaters September 14, and on DVD/VOD on September 18.