Anthology films can be hit or miss or just generally uneven, but “Tales of Halloween” offers a humorous and well-crafted spin on the sub genre.

With cooler weather hitting the Midwest and October nigh upon us, Halloween isn’t far behind, so when looking for a movie to watch for this week’s column, Tales of Halloween seemed like just the right choice.

A 2015 anthology film, Tales of Halloween differentiates itself from some of the more recent anthology attempts by spending more time going for your funny bone than your jugular.

The ten tales told in the film are all loosely linked together by happening in the same, small suburban town. Essentially reprising her role of Stevie Wayne in 1980’s The Fog, Adrienne Barbeau voices a radio DJ in a small suburban town whose silky voice adds a little commentary between segments.

While some segments are better than others, all of the segments offer something unique and compelling to watch, and there’s not a dud in mix.

1. “Sweet Tooth” (Written and directed by Dave Parker): Mikey won’t share his candy with his babysitter and her boyfriend, so they tell him all about an urban legend named Sweet Tooth who comes for kids who pig out on their candy. Of course, Sweet Tooth shows up later that night. Mikey’s parents are played by Greg Grunberg (Heroes) and Clare Kramer (Buffy the Vampire Slayer)

2. “The Night Billy Raised Hell” (Written by Clint Sears; directed by Darren Lynn Bousman): When a young boy gets tricked into playing a prank by his big sister and her boyfriend, they choose the wrong victim. Mr Abbadon (Barry Bostwick) isn’t the reclusive and crotchety old neighbor they think he him to be (well, at least not just that).

4. “The Weak and the Wicked” (Written by Molly Millions; directed by Paul Solet): Years later, a teenager returns to get revenge on the bullies who ruined his life. He brings a little backup.

5. “Grim Grinning Ghost” (Written and directed by Axelle Carolyn): On a way home from a party, Lynn’s car breaks down and then she encounters a dark figure. While the shortest of the segments, this one also goes down the more traditional horror path.

6. “Ding Dong” (Written and directed by Lucky McKee): A husband tries to protect the children coming to the house from his wife in this bizarre spin on Hansel and Gretel. 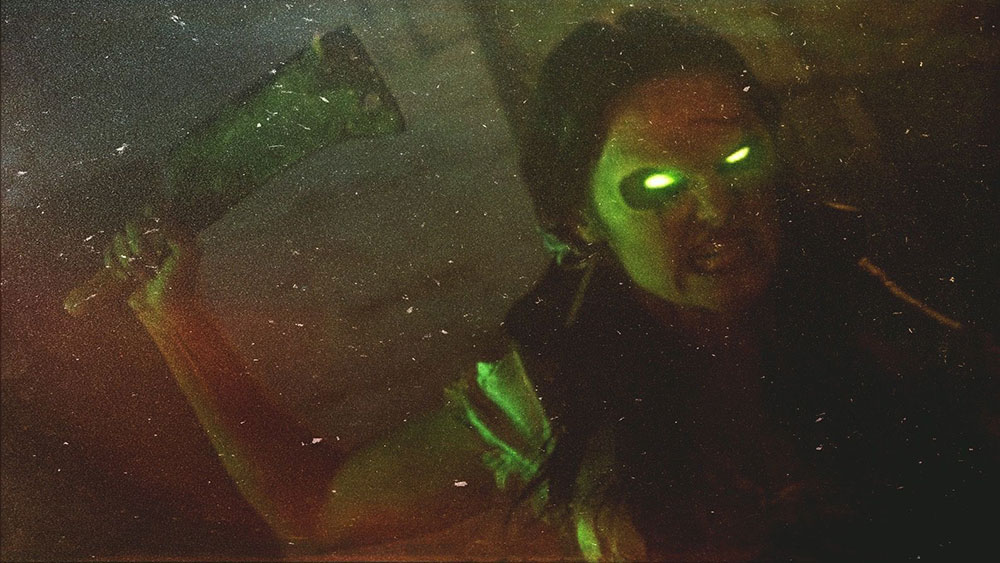 7. “This Means War” (Written and directed by Andrew Kasch and John Skipp): Two neighbors (Dana Gould and James Duval) with differing views on how to celebrate the season come to blows on Halloween.

8. “Friday the 31st” (Written by Mike Mendez and Dave Parker; directed by Mike Mendez): Aliens, serial killers, and Dorothy from the Wizard of Oz? Oh my!!

9. “The Ransom of Rusty Rex” (Written and directed by Ryan Schifrin): Borrowing liberally from O. Henry’s “The Ransom of Red Chief”, two kidnappers get more than they bargained for when they kidnap (what they believe to be) the son of a prominent businessman (played by John Landis).

10. “Bad Seed” (Written and directed Neil Marshall): In this cameo-filled (Why, hello, Joe Dante) segment, a weary detective tracks must track down a genetically-altered pumpkin with a taste for blood (now that’s a sentence I never imagined writing). 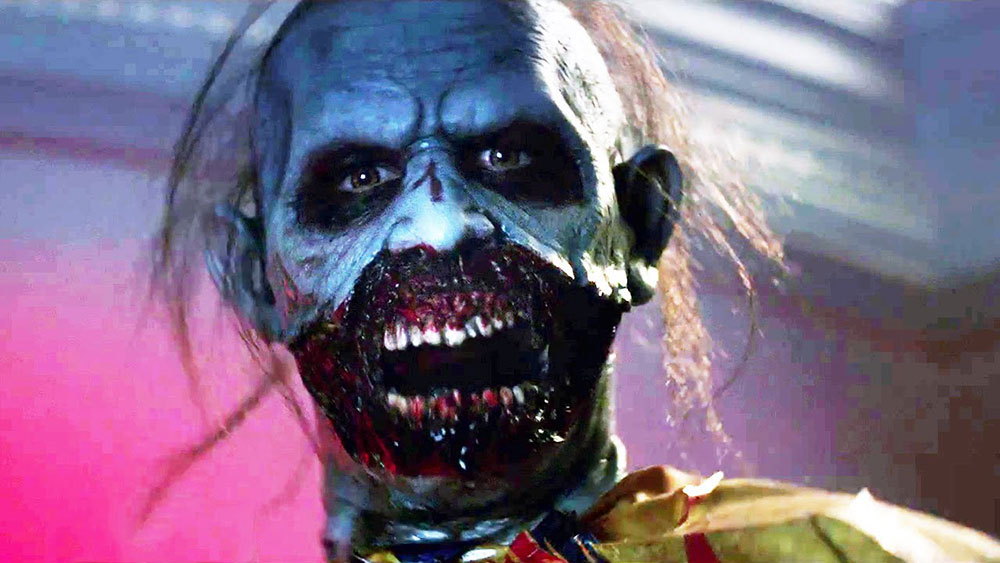 While I enjoyed the whole movie, my favorite segments were “Friday the 31st” and “Bad Seed”, because they so fully embrace the absurd and then sacrifice it and bathe joyfully in its blood.

Tales of Halloween is a fun romp that draws heavily on inspiration from the best of 80s horror. While it won’t offer a lot of scares for your Halloween season, it will offer a few laughs to lighten up your night.