Broken Shells, a horror novella by Michael Patrick Hicks, begins with an intriguing premise. Down-on-his-luck Antoine DeWitt is struggling to get on in life: he lives in a cheap apartment in a poor neighborhood, and his wife Chanelle doesn’t seem to understand how to care for their infant child. Antoine himself also has his own weaknesses as a father.

But when the troubled couple receives a notice in the mail from a local car dealership that says they have won five-thousand dollars, naive Chanelle insists that Antoine go and pick up their winnings. A bit more wise to the world, Antoine believes the “lottery ticket” is a scam just to get him in the auto showroom and to be finagled into buying a new car. 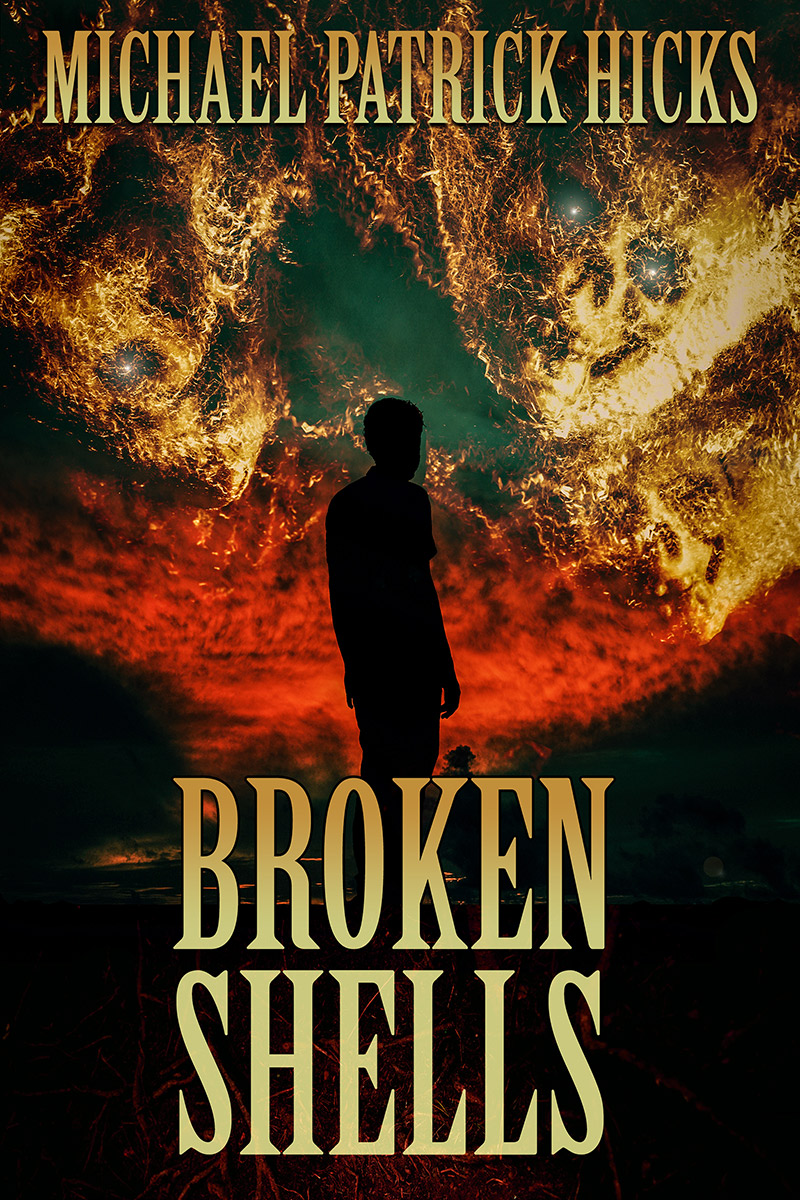 However, Antoine also knows just how much they need the dough…and so, against his better judgment, he takes the drive over to Joe Dangle’s auto lot and inquires about his cash prize. But what Dangle has in store for Antoine is the true gut-punch horror of the story, and the author wastes little time in getting to the gory heart of the matter.

At this point in the novella, I thought that Hicks might be heading down the torture-porn path, but I was pleasantly surprised when the novella took a much different and much more exciting turn.

You see, deep within the subterranean bowels of the car dealership are creatures beyond any human imagining; human victims cocooned and dead, their faces decayed and rotting to the bone; and other alien beasts that would like nothing more than to feast on Antoine and rip him to bloody pieces. 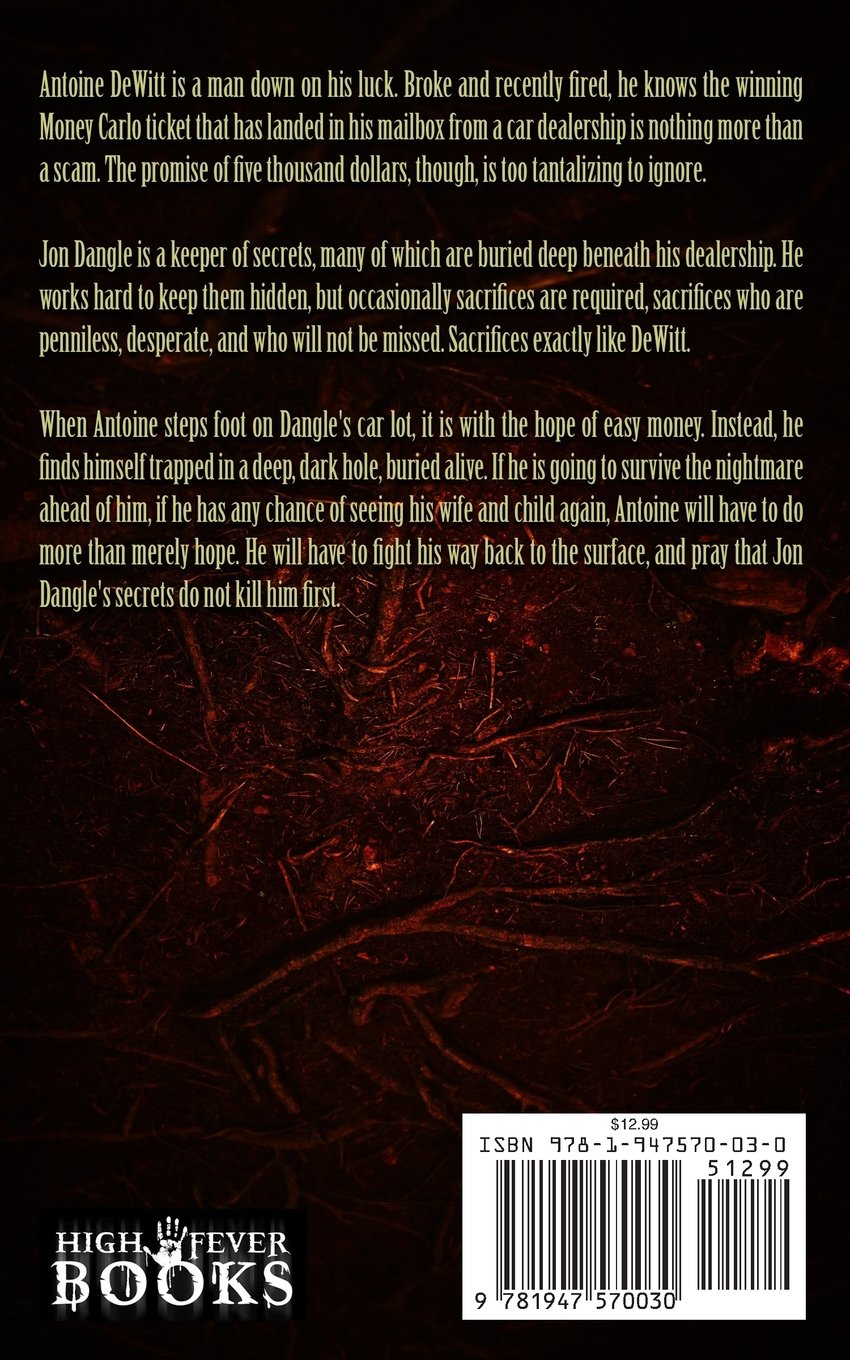 As the story goes on, readers learn that the bug-like monsters are known as the Ba’is, an ancient form of creature with Native American origins. Occasionally, Joe Dangle would find a homeless person to deliver to the monsters, but he also employs the “lotto ticket” scam as another way to find sacrifices for the unholy beings below.

Yes, a little absurd and hard to believe…and yet that’s the appeal of a story like this—readers should suspend their disbelief and just have fun with the horrible world of bloodshed that the author has created.

Once these details are revealed to the reader, Broken Shells never lets up — it’s action-packed, gory, with a constant stream of bloodletting and over-the-top monster violence.

In addition to the gruesome imagery, another strength of the novella is the protagonist Antoine DeWitt himself. At the start of the story, he doesn’t have much of a bond with Chanelle; the couple is always arguing and their life together doesn’t seem to be heading in the right direction. However, in his brutal struggle to survive in the underground caverns, Antoine rediscovers his love for his family. 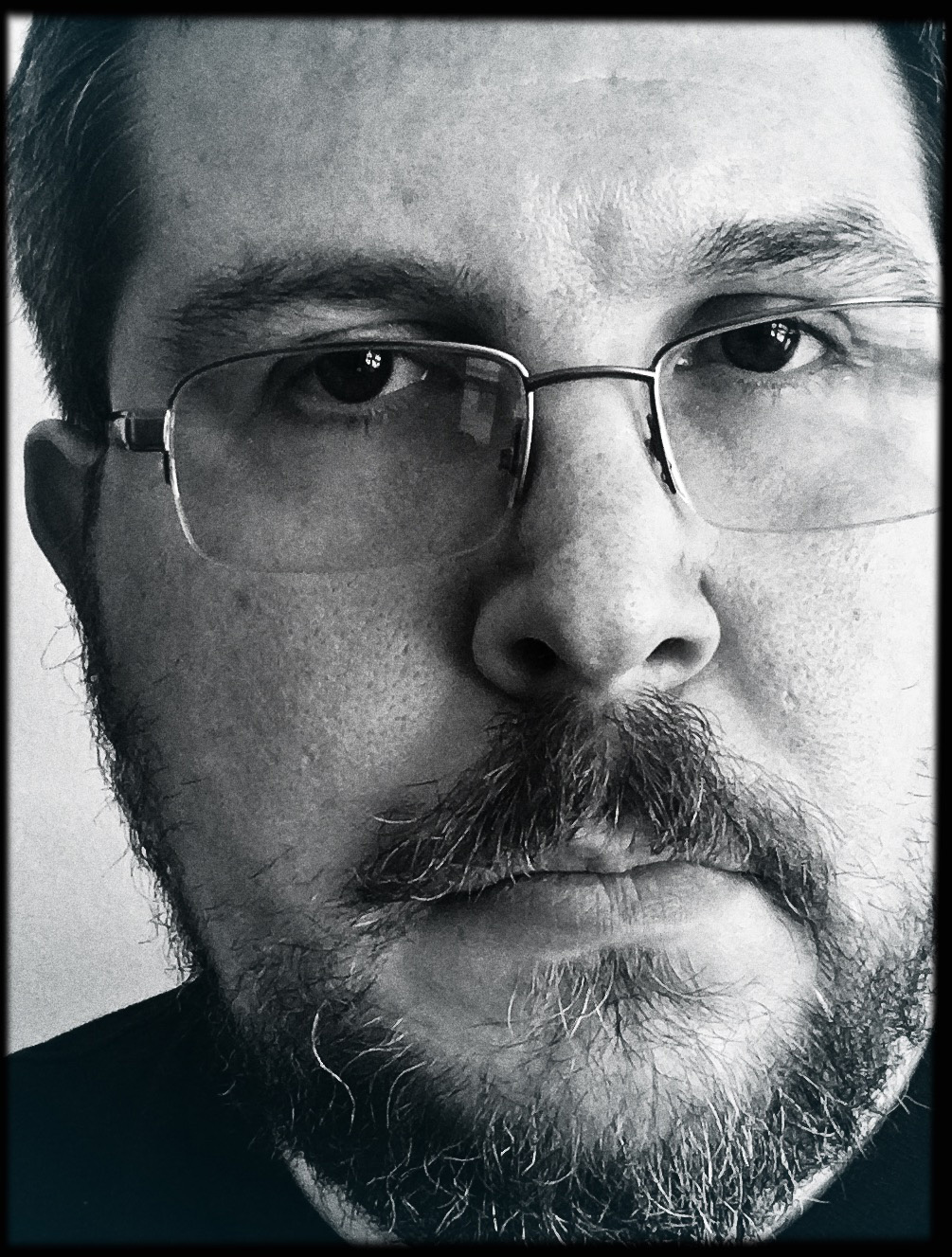 It is that love that drives him forward, that enables him to commit atrocious acts, and that aids him in his battle to live and eventually return home.

Antoine also comes to understand his role as a father, as if the newfound strength and courage he finds in fighting the monsters will one day carry over into his job as a parent. Hicks balances out the blood-and-guts of the story with these personal motifs quite well, turning Broken Shells into more than just your familiar creature feature.

Although the unique exposition of the novel never really has any bearing on the story (the novel could have just as easily taken place in a forest, a cave, a tomb, or anywhere that monsters like to hide), Michael Patrick Hicks gives readers a protagonist to care about, an “everyman” with real struggles and life dilemmas.

Horror fans will have much to gnaw on here, as the author has a great talent for vivid description and figurative language.

Broken Shells features confident writing and compelling action, and like a drive-in or late-night movie, the novella scores high marks in the gore department and doesn’t require too much analytical thought on the part of the reader. Fun, wild, and bursting with energy, Broken Shells is perfect for a rainy afternoon of monster mayhem.

Broken Shells is currently available via Amazon in Paperback and Kindle editions.