Essential viewing for anyone who ever felt like an outcast, “Happy Face” is an emotional outcry for acceptance, not sympathy. 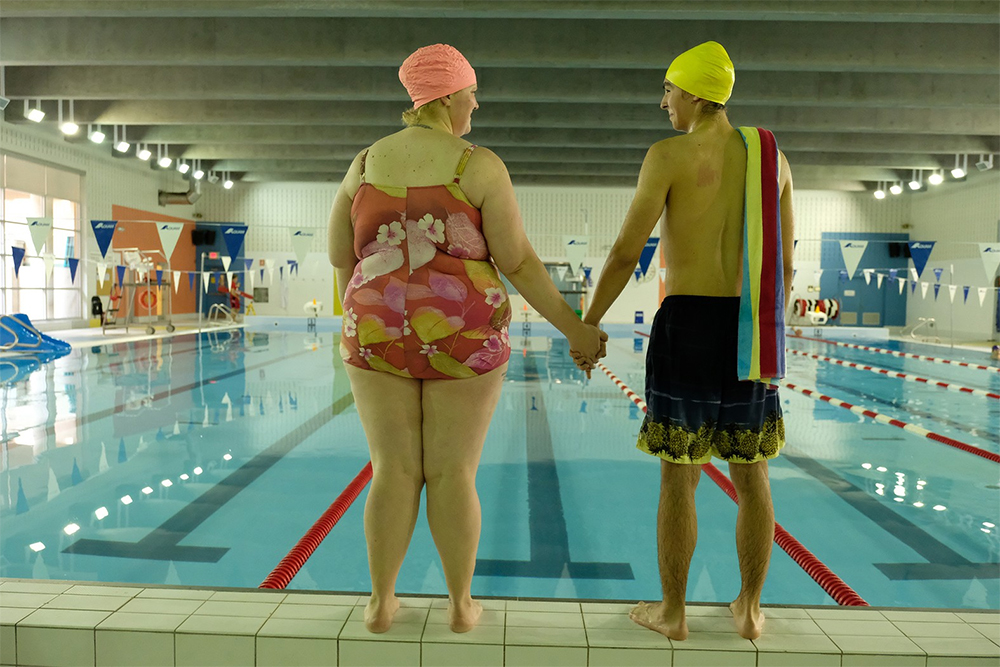 It may make you squirm in discomfort, but it may also become your favorite film of 2019.

I am exhausted. It isn’t possible to get more tears out of my eyes. Being moved by art (for me, especially movies) is a very special sensation, because it enters the aesthetic part of the soul and breaks through into the physical realm. This was a good movie for me to review because I’m a very emotional person. It’s easy to sadden me, and very easy to make me cry. This movie was catnip for all the bitters and the sweets inside me.

Give yourself to Happy Face with every ounce of heart you could muster, because you will learn new things about yourself. I sure did.

Within the space of 97 elegantly raw minutes, I experienced several different emotions: repulsion, shame, empathy, desire, exuberance, exhilaration, and a Surface Pro-sized Pandora’s Box of others I have never even experienced before. Sometimes there was even an odd mixture of two or three of them within one scene! I think part of the reason for that is because none of the characters are martyrs: they all have moving and beautiful moments, but they have uncomfortable and awful ones too. 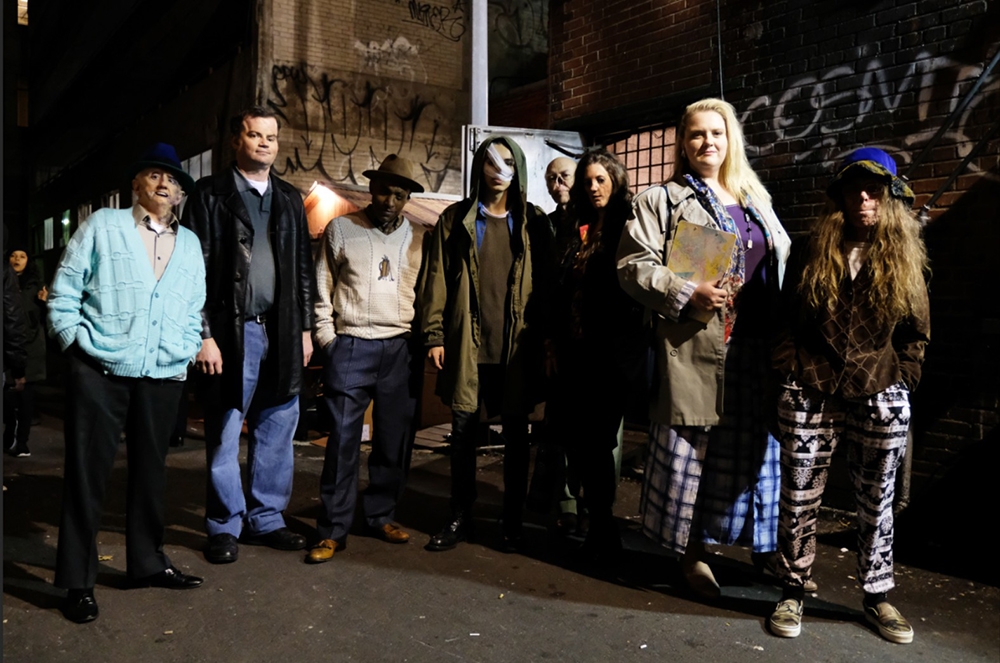 I went in not knowing anything about this film from director Alexandre Franchi. The trailer caught my eye, though, so I gave it a shot. The film begins with stock footage of beauty pageants for young girls, and a voice-over talks about what we are seeing. The narrator explains how the pressures of keeping up with beauty standards caused her to gain weight during her teen years. From that stock footage, we are taken to an experimental therapy / support group where we first encounter the narrator, Vanessa (played with depth and fearlessness by Debbie Lynch-White).

Debbie is the organizer and moderator of a support group for the facially different. All the characters are shockingly extreme cases, and director Alexandre Franchi insisted that all the actors be actual real-life facially different people. This gives the film an unquestionable power because in the beginning I wanted to look away, but by the end of the film I wanted to hug them, cry with them, celebrate with them, and join them in their tantrums and outrage. 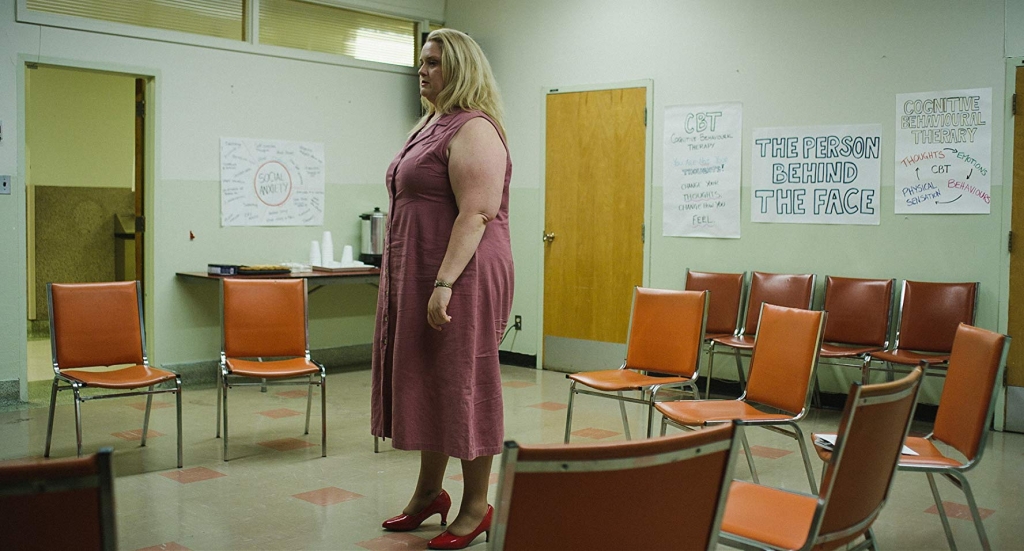 I grew to feel a deep caring and affection for every member of Debbie’s support group. Her methods are questioned by an odd hooded boy named Stan (played by Robin L’houmeau). An initially quiet member of the group, Stan turns out to be very different from the rest. I say that with purpose, because one of the questions we are encouraged to ponder is what it means to be the outsider within a group of outsiders.

With apologies, I am intentionally dancing around the specifics of the story. Seeing this movie knowing little, or nothing, about it is highly recommended. When it started I thought it was going to be a tale of vengeance or retribution, but it became something else entirely. Franchi’s energetic and rhythmic direction reminded me several times of Spike Lee’s Do the Right Thing. 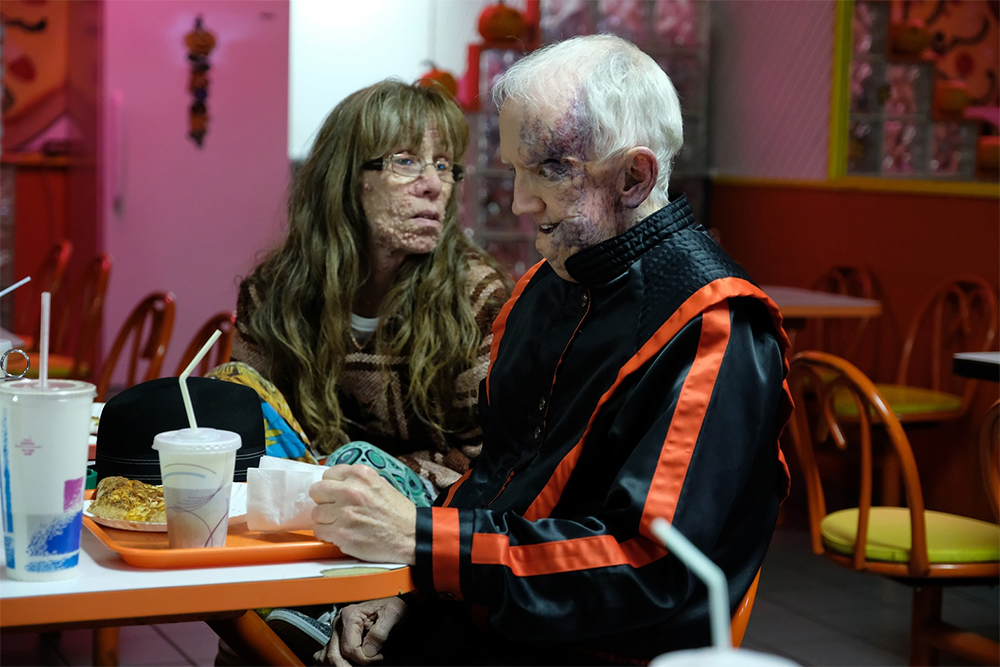 Obviously, one movie it is almost impossible not to compare it to is Todd Browning’s Freaks. There are a few sub-textual similarities, sure, but otherwise I don’t find them at all similar. Freaks bleeds in a puddle of mud, but Happy Face does a shot of whiskey and bleeds in a curbside river of rainwater.

This review is from the East Coast Premiere of HAPPY FACE at the Boston Underground Film Festival on Sunday, March 24 at 6:30 PM.