From Dead Mouse Productions Ltd and Cult Screenings UK Ltd, makers of Leviathan: The Story of Hellraiser and Hellbound: Hellraiser II, You’re so cool, Brewster! The Story of Fright Night and RoboDoc: The Creation of RoboCop comes a brand-new documentary: The Party’s Just Begun: The Legacy of Night of the Demons.

On this episode, I welcome fellow podcaster and horror enthusiast Chris MacGibbon to discuss THE PARTY’S JUST BEGUN! THE LEGACY OF NIGHT OF THE DEMONS documentary that he is helping to put together. As we discuss his involvement in the project as Assistant Director and Writer, we will also be discussing all of the films in the “Night of the Demons” series (including the remake) and why the series is so important to him.

In addition, Chris discusses the current fundraising campaign on Indiegogo to help cover the film’s production costs and secure more great interviews for the documentary. He talks about the incredible perks available to those who support the film. You’ll also learn about the enormous amount of material that will be included in this definitive documentary, as well as the incredible amount of cast and crew taking part in the project. 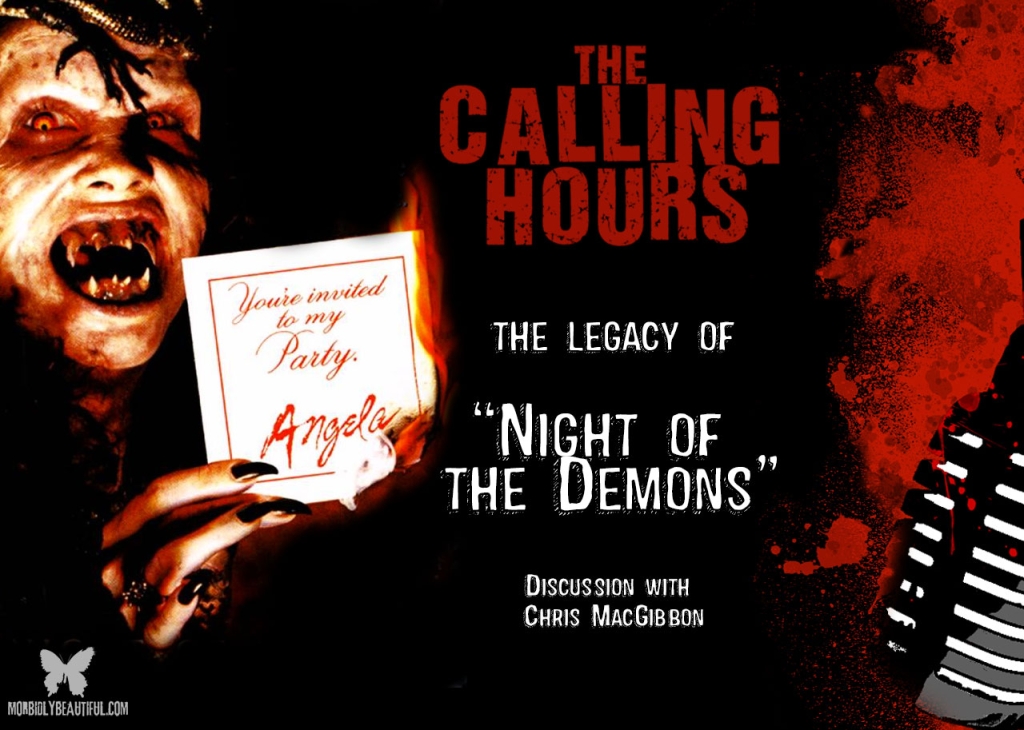 In our Digital Dismemberment Spotlight, I will be discussing Scream Factory’s Steelbook Release of John Carpenter’s They Live.

In The Traumatic Tales of Dedman and Grumpy, we will be reviewing the David Cronenberg classic Rabid.

In our Metal Massacre Spotlights we will be highlighting Extremity, Symbolical and Cancer!