Bloodhound Pix: The Nest/Night of the Demons

This week on the Bloodhound Pix Podcast, it’s a Cinema Obscura double feature with a deep dive into “The Nest” and “Night of the Demons”.

The turkey feast may be over, but the B movie horror feast is just beginning. This month’s Cinema Obscura double feature pits innocent victims against nasty creatures. Good thing that Thanksgiving spread is well digested…because we’re about to get gross! 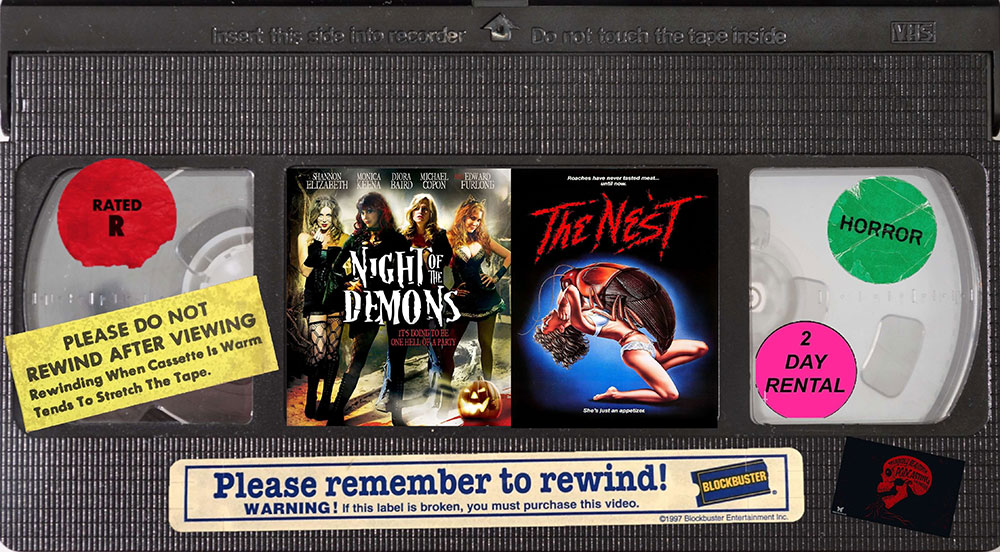 It’s the first Tuesday of the month! Which means Bloodhound Pix is releasing this month’s Cinema Obscura episode.

Prepare yourself for a double feature of the obscure and independent cinema that the horror genre has to offer. Each episode, your hosts (Craig, Josh, and Kyle) will tackle two movies in an episode that’s one-part highlight and one-part retrospective review. The films may be hidden gems, dumb fun, so bad they’re good, torture films, movies “only a mother could love,” or some combination. But someone on our team deems them worthy of a viewing.

This week, we work off those Thanksgiving carbs with Craig’s double feature of The Nest (1988) and Night of the Demons (2009). It’s a wild pairing of two very different, yet very icky flicks. The three of us weigh in on where the filmmakers went right and wrong, our love of creature features, and our lack of love for early 2000s horror remakes. Join us for this candid chat on two lesser known B movies.

(Both are available for streaming on Amazon Prime.)