Now Read This: The Carving Circle 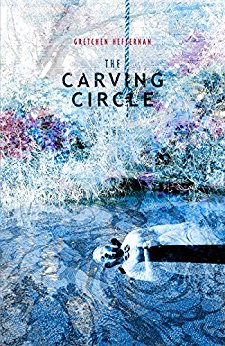 Gretchen Heffernan’s novel The Carving Circle (The Humours Quartet) refuses to subscribe to one particular genre; while the novel features elements of supernatural horror (it tells the story of a French Haitian artist who has the ability to resurrect the dead through sculpture), it also includes elements of doomed romance, familial drama, and social injustice.

That the book is narrated through a deeply poetic lens adds a layer of complexity to a story that might take readers a moment or two to fully embrace. But once the figurative groove of the book picks up speed and the protagonist’s arc really begins, The Carving Circle tells a tragic and compelling tale of an all-consuming love and the racial divides in 1950s America that served to prevent such love from blooming in full.

As alluded to above, the book carries heavy symbolic weight right from the very start as it captures the childhood upbringing of protagonist Jacques Beaumont. The most intriguing aspects of this exposition are the early signs that Jacques might have the supernatural ability to resurrect dead animals and the role that each of his parents plays within this unique framework.

While the figurative language tends to tread heavy at times (there were many moments in which I just wanted the actual plot to kick in and be able to move more quickly into Jacques’ primary story), Heffernan has a gorgeous way with words. Similes, metaphors, personifications, and other memorable and at times wonderfully jarring imagery fill every page of the work.

Like Zora Neale Hurston’s ‘Their Eyes Were Watching God’ or Toni Morrison’s ‘Beloved’ (two novels of which I was immediately reminded when I began ‘The Carving Circle’), this is a dense book that requires some patience and some careful and interactive reading. Once Jacques meets Elora Donnelley, the abused and alluring wife of the local sheriff, the narrative gains momentum and a startling conflict develops, but the omniscient narrator never loses sight of a richly lyrical and expressive voice.

Mostly, Heffernan’s style works effectively as she spins an original story of voodoo, mysticism, and real-world racial bigotry and hatred. 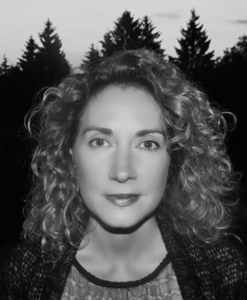 The main conflict in the book exists between Jacques, Elora, and Sheriff Arlo Donnelley, and it is this conflict that makes The Carving Circle a suspenseful and dramatic story. However, the book’s “big scenes,” the moments in the narrative that readers are champing at the bit for, are often muddled by the flowery and the overwrought.

One of these critical scenes comes in the novel’s final two pages, but it takes a whole lot of time and excess verbiage to get there. In this way, the novel defies easy classification and, again, requires the reader to accept that the story of Jacques and Elora’s love affair will not be told traditionally and with the archetypal traits of a horror or suspense novel.

Although I longed for some of those traditional elements (especially the “less is more” rule that often comes with these genres), I still found much to keep me engrossed in The Carving Circle, including a powerful conflict that could be resolved only in one way.

The book is a satisfying and challenging read, a moody and somber novel-length poem about love, loss, abuse, and a belief in something far beyond what the human world can offer.

Gretchen Heffernan’s The Carving Circle is available now from Backlash Press in both Kindle and paperback editions. 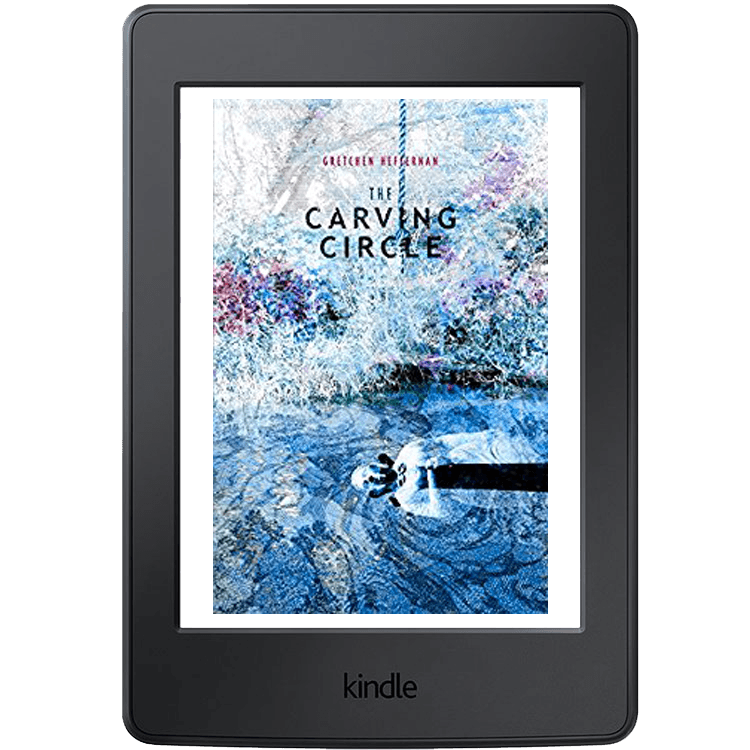