Even with a quarantine, the Chattanooga Film Fest delighted film fans, especially with the surprising docu-comedy, “A Vice Guide to Bigfoot”. 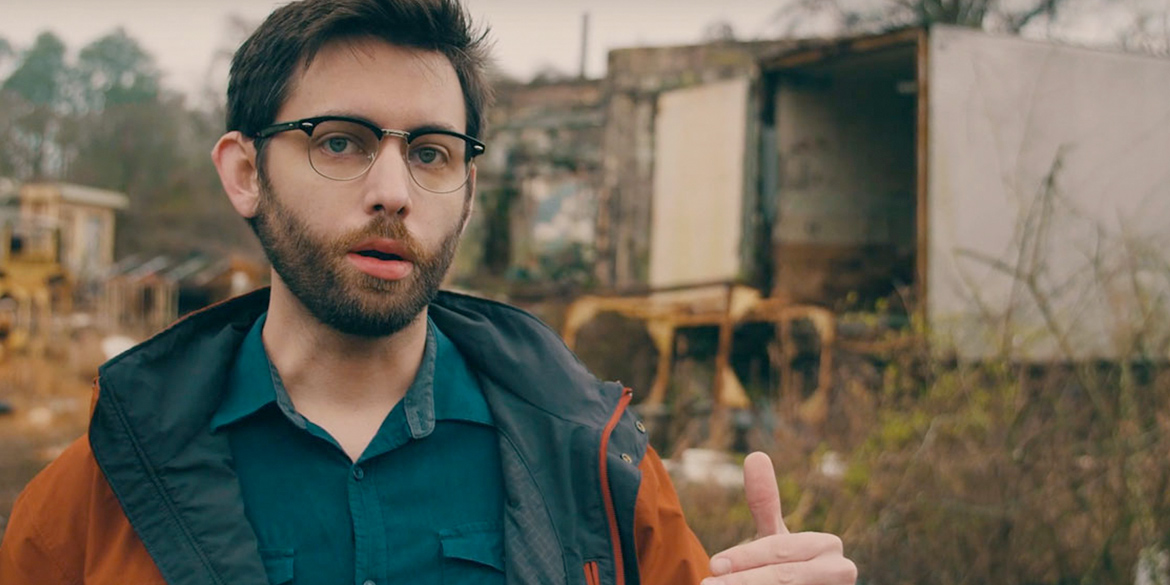 It’s no secret to people who know me that I have a serious love for Bigfoot. He’s kind of my hero. I’ve even played Mr. Foot in a film once. Like I said, I’m a fan.

I’m also a bit of a snob when it comes to Cryptozoic films. Willow Creek is a fine wine if you let it breathe for a minute, but Exists is the purest nectar of the gods. For a comedy to appeal to my discriminating tastes in the sub genre is no easy feat.

Fortunately, I had the opportunity to catch The Vice Guide to Bigfoot as part of the 2020 Chattanooga Film Festival, and it left a Sasquatch-sized imprint on my heart.

This paranormal comedy —the debut feature from director Zach Lamplugh — follows a hopelessly millennial reporter on the most important assignment of his career: hunting Bigfoot. 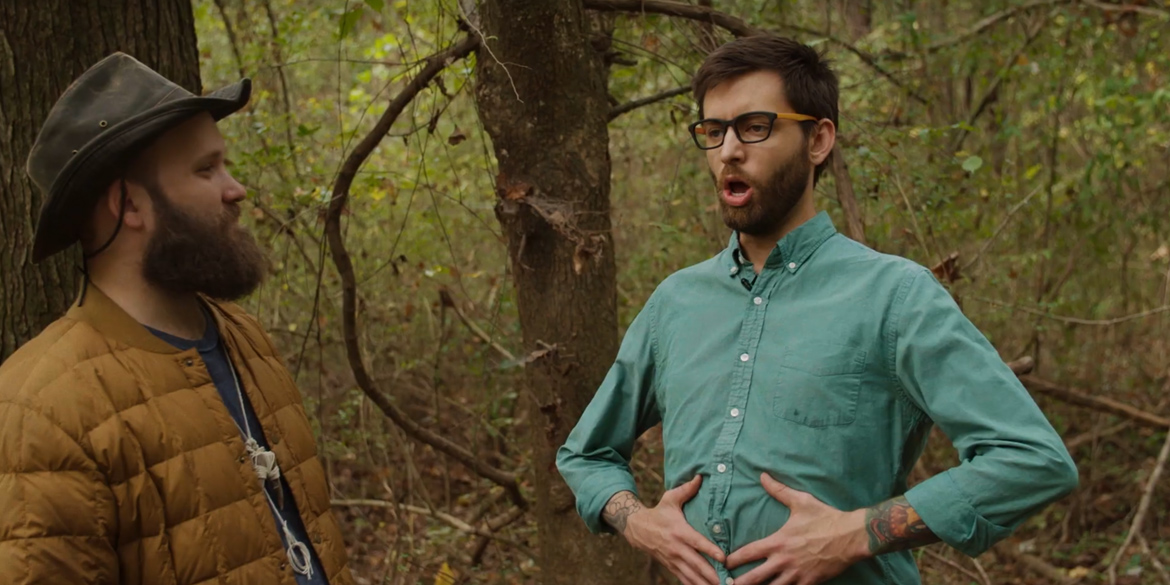 But after following a prominent cryptozoologist into the Appalachian foothills, he’s forced to answer the question: Is a good story worth dying for?

The film starts with a brief introduction to our Vice Journalist, Brian Emond, as he scores his first exclusive interview with an Atlanta-based soundcloud rapper. This scoop in turn sends him on more unsatisfying journalistic endeavors for the aspiring “serious” reporter, including a trip to a war torn Syrian landscape to discuss, of all things, the local craft beer scene.

I began laughing uncontrollably within the first five minutes of the film. In fact, I was relieved that this year’s Chattanooga Film Festival took place virtually — allowing me to watch from the comfort and solitude of my home rather than disturbing a crowded theater with my hysterics.

The jokey premise of the many click bait-style articles Brian was forced to report on was clearly meant to be ridiculous and over the top. But honestly, it all resembled stories I had clicked on the day before.

In the same way Marty McFly symbolized the youth of the 80s, I believe Brian Emond will serve as the embodiment of millennial youth in years to come. 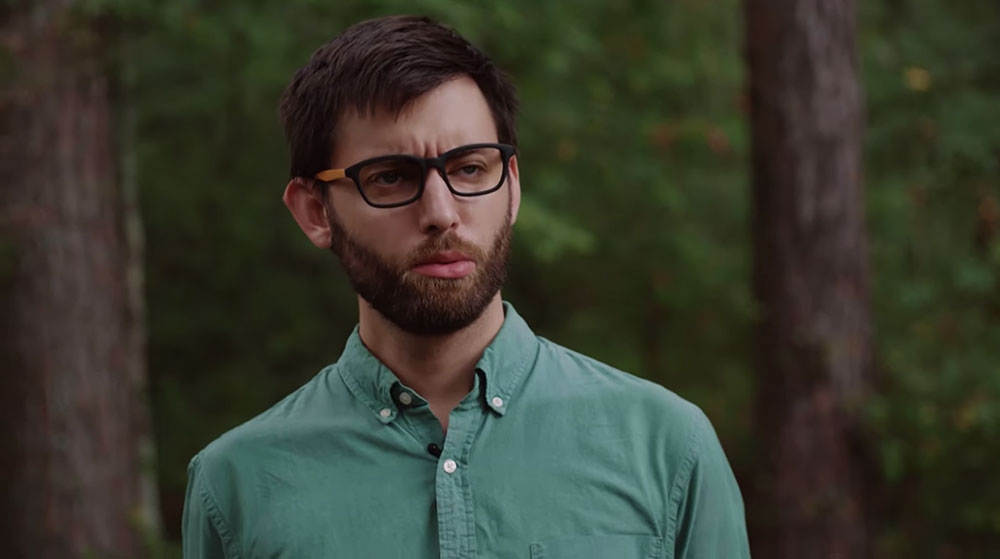 Along with his rarely seen producer and trusted camera man, Brian finds himself on assignment in Georgia, where he’s tasked with delivering an expose on a world-renowned Bigfoot Hunter.  After his first harrowing night in the woods, the cynical reporter begins to think his first impressions of this particular assignment and its subject matter may have been all wrong.

However, as the Vice team gets further into their investigation, it becomes less and less clear what’s real and what’s total bullshit.

And this is where the film really finds its footing.

It’s certainly a comedy first and foremost, but the hipster in me always appreciates a good coming-of-age story. 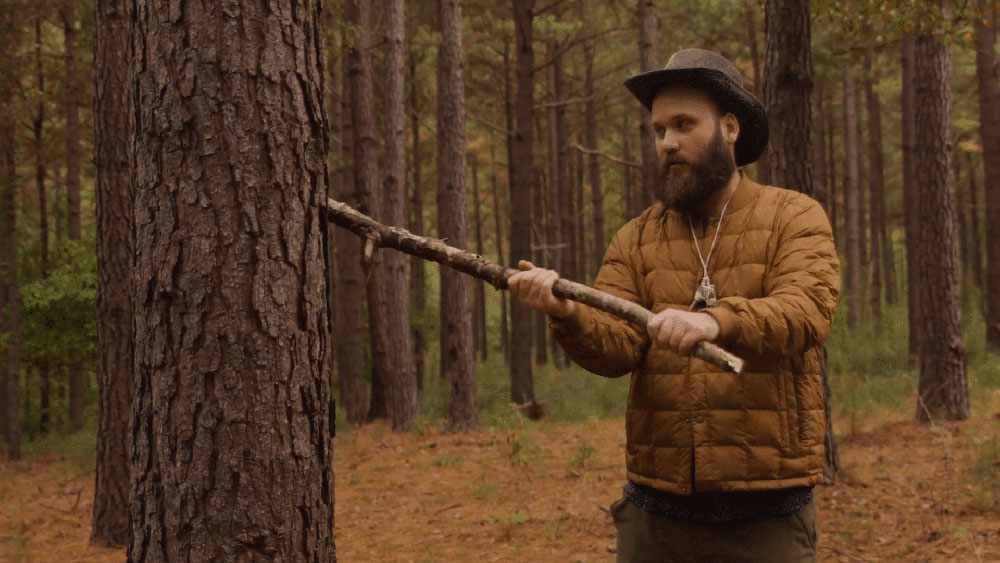 I couldn’t help but think of my own life as I watched these guys wax poetic about jobs and wives and whether or not bearded dudes shit in the woods (spoiler: they do).

The conclusion delivers a lot of fun twists that I’m not going to give away. But let’s just say, as a certified Cryptic Connoisseur, I’m more than okay with this film.

For me, everything worked about The Vice Guide to Bigfoot, including the sound, music, cinematography, and acting. While it may not taste exactly like a fine wine, I swear it goes down as smooth as a Venezuelan IPA.

Keep an eye out for this fun and supremely funny film. You aren’t going to want to miss it!