Chica’s “A Tricky Treat” is an Official Selection at the Canadian Festival, Honoring Women in Film.

The Female Eye Film Festival (FeFF) will host the Toronto screening of award-winning horror comedy A Tricky Treat (directed by Patricia Chica). The film will screen during the event’s Late Night Thrills & Chills selection, a presentation of the finest dark and scary films directed by women from around the world.

“Patricia Chica has a unique voice and works in a genre that has been predominantly dominated by men. The caliber of her work is excellent,” says Leslie Ann Coles, the festival founder & executive director of FeFF.

In 1997, Patricia co-founded at age 23, a production company called Flirt Films. Her vision with this company was to produce high-quality films directed by women and visual minorities. She has a genuine interest in exploring thought-provoking themes that deal with deviant behavior and the most profound side of the human experience. Her visual style has often been compared by film critics to David Lynch’s and Christopher Nolan’s, but with its own wholly original voice. 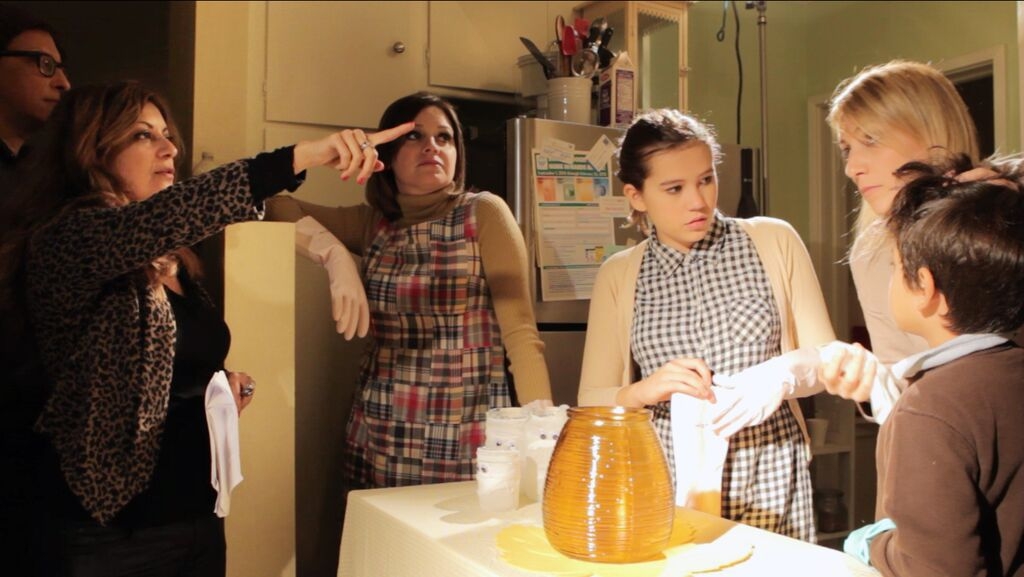 Patricia Chica on the set of A Tricky Treat

Over the years, Patricia has developed a cinematic style characterized by its use of surreal imagery and meticulous editing techniques to portray the intra-psychic landscape of her characters. She uses twisted and disturbing elements within her films to shock audiences and make them think differently about hard-hitting realities. She is presently in pre-production of her new project Morning After, a coming-of-age drama about finding love in the sexually fluid generation. 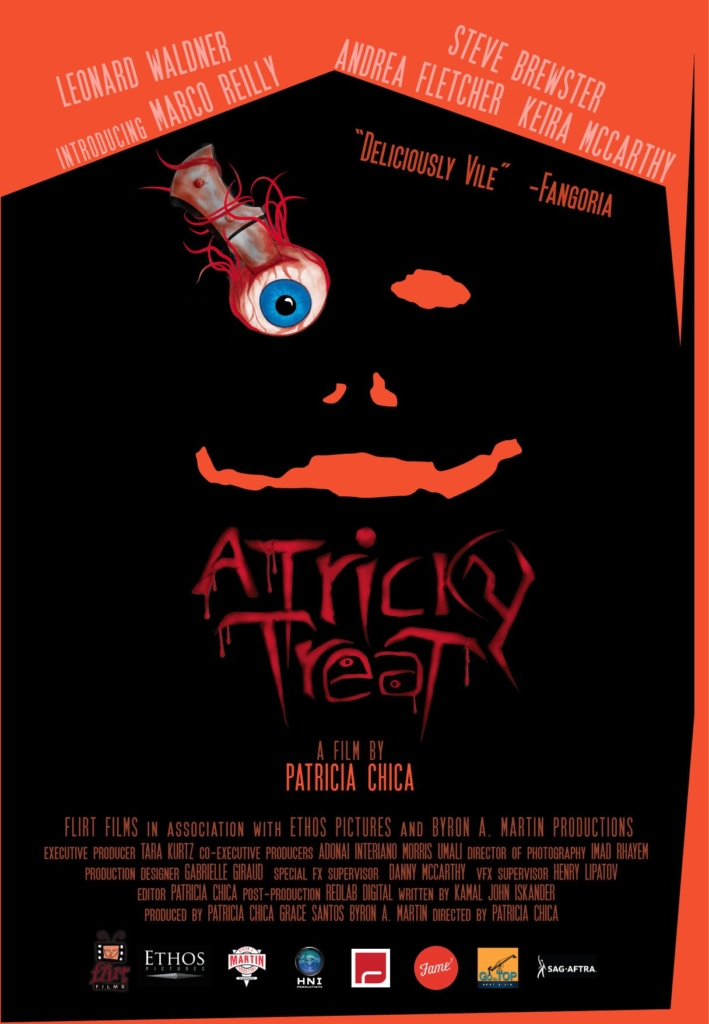 A Tricky Treat is picking up praise on the festival circuit with successful screenings in more than 50 film festivals such as Oaxaca FilmFest (Jury Special Mention), RIP Hollywood Horror Film Festival (2 awards), Macabre Faire Film Festival (5 awards including Best Short and Best Director), as well as the Phoenix International Film Festival, Screamfest, Fantasia, Rhode Island, Morbido and DragonCon, just to name a few. American reference site Anything Horror included A Tricky Treat (a.k.a Ripe N’ Bloody) in its list of the Best Horror Shorts of 2015.

Written by Kamal John Iskander, produced by Patricia Chica, Grace Santos and Byron A. Martin, A Tricky Treat is a dark, funny, and shocking tale of the unexpected with a twist. A man is kidnapped by a very strange family, and his fate is held in the hands of two kids. The actors are Leonard Waldner, Steve Brewster, Andrea Fletcher, Keira McCarthy and newcomer Marco Reilly. The film’s executive producer is Tara Kurtz; co-executive producers are Adonai Interiano and Morris Umali.

About the Female Eye Film Festival

Founder / Artistic and Executive Director Leslie Ann Coles conceived the Female Eye Film Festival after observing that women directors were a minority among filmmakers at the international film festivals she attended with her debut film, In The Refrigerator. In 2001, the Female Eye Film Festival (FeFF) was established and incorporated as a provincial not-for-profit organization in Toronto, Canada. In 2002, the Female Eye presented 42 films in its inaugural year; 70% of the participants were local Toronto directors. 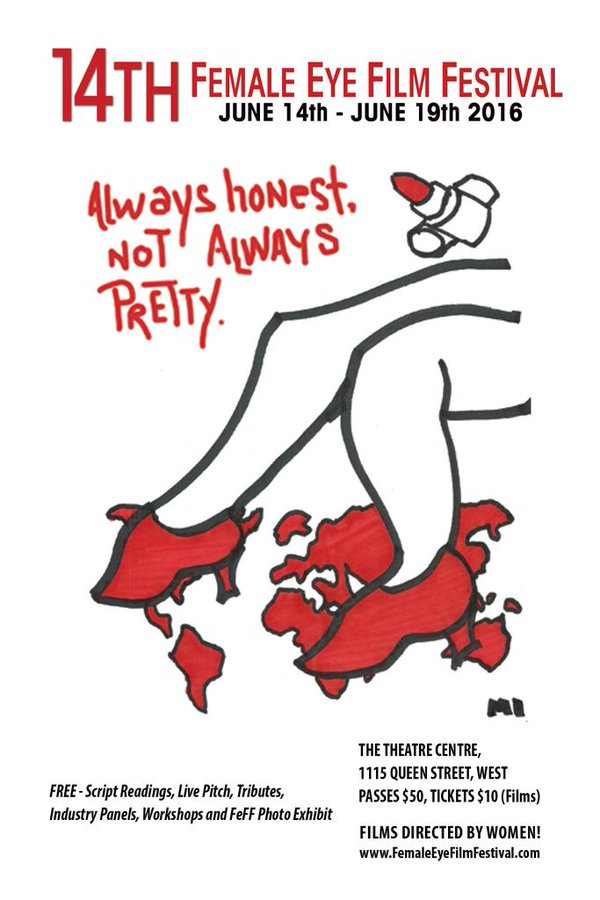 In 2003, FeFF launched the Script Development Program and opened it to both women and men. A mandate to select screenplays that feature a female protagonist was adopted. In 2004, FeFF produced its first December 6 Program, In Memoriam of The Montreal Massacre, featuring films that pertain to global issues of violence against women. FeFF presented its seventh December 6 Program in 2014. Proceeds have been donated to shelters for women escaping domestic violence.

For the past three years, the Female Eye was ranked one of the world’s “top 50 festivals worth the entry fee” by the renowned MovieMaker Magazine, published in Santa Monica, California. Follow the Festival on Facebook at Facebook.com/FemaleEye.