“Cicada Madness” is a rock-and-roll fueled, sci-fi horror classic in the making, proving real life can be just as scary as fiction. 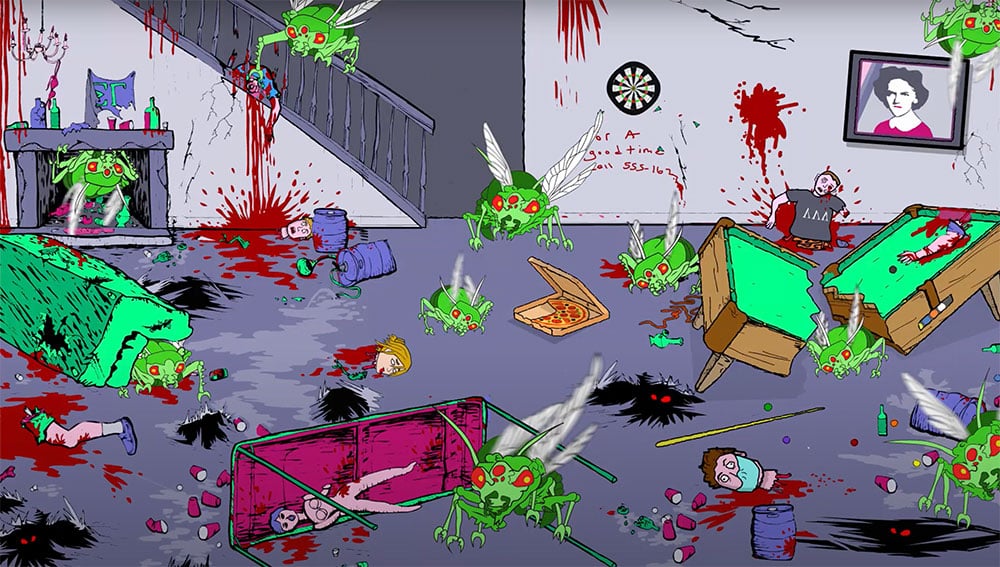 In Cicada Madness!, a horror podcast on Spotify, some of nature’s strangest creatures — the cicadas — spring to life in a big way, making it the perfect accouterment to Brood X’s summer 2021 arrival.

What is Brood X, you may ask?

When I was a kid growing up in Southern Indiana, I had a first-hand experience with Brood X cicadas, heralded in by locals in my small hometown, telling stories about how terrible the last time was. Detailed in an article by The Washington Post (link here), the Brood X cicadas emerge every 17 years en masse as part of their generational cycle.

They are one of 15 broods of what are known as “periodical cicadas”, and traditionally emerge throughout the Eastern United States, though they can spread into the Midwestern states as well.

When active, Brood X cicadas are literally everywhere — littering streets with crunchy, discarded exoskeletons that make a person feel as if they are quite literally walking on eggshells. 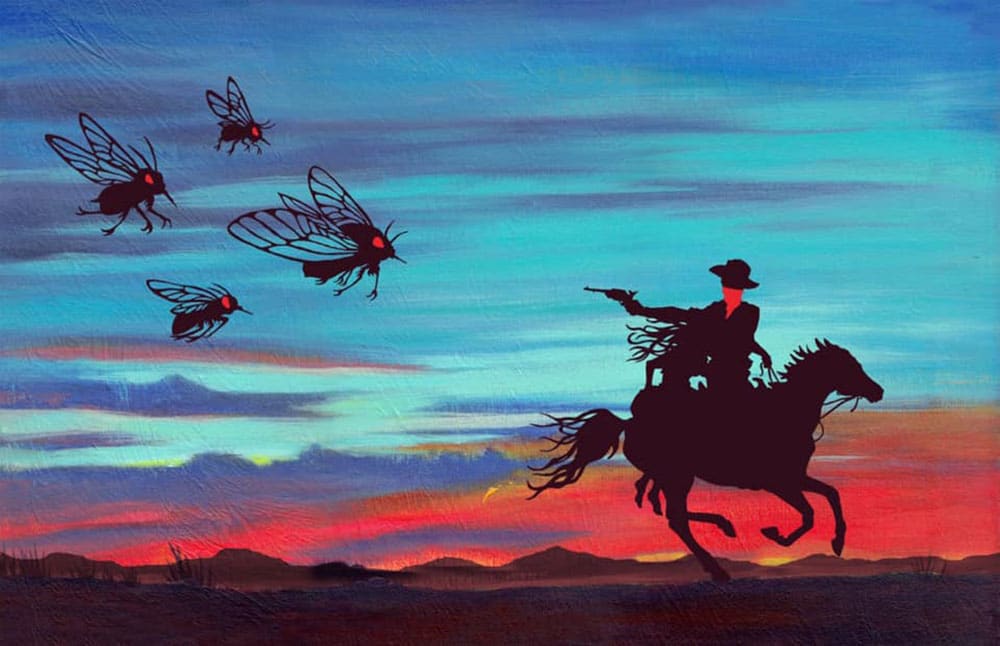 What I remember most distinctly from my childhood — my summer with the Brood X cicadas — was the screaming. Technically, the sound they make isn’t screaming, but it is horrifying. Somewhere between a chirp, rattle, and a human scream, this sound kept me awake on many a sweaty, sticky night. Scientists have clocked the sounds Brood X cicadas make at between 80 to 120 decibels, approximately. According to USA Today, this is equivalent to a low-flying airplane or a lawn mower.

If these grotesque, winged bugs sound like nightmarish, Stephen King creatures to you — akin to It in his seminal novel, which surfaces in Derry, Maine every 27 years — you’re right. The Brood X cicadas are the perfect nightmare fuel.

In CICADA MADNESS!, a one-hour audio drama, fans of creature features, B-horror movies, and science aficionados can revel in Sam Fishman’s story of giant, mutated cicadas that will (hopefully) continue to seem more terrifying when compared to the real deal after they start emerging from deep underground this summer.

Available on Spotify, Cicada Madness! tackles topical subjects, such as toxic masculinity, in an inclusive and entertaining hour of creature insanity. 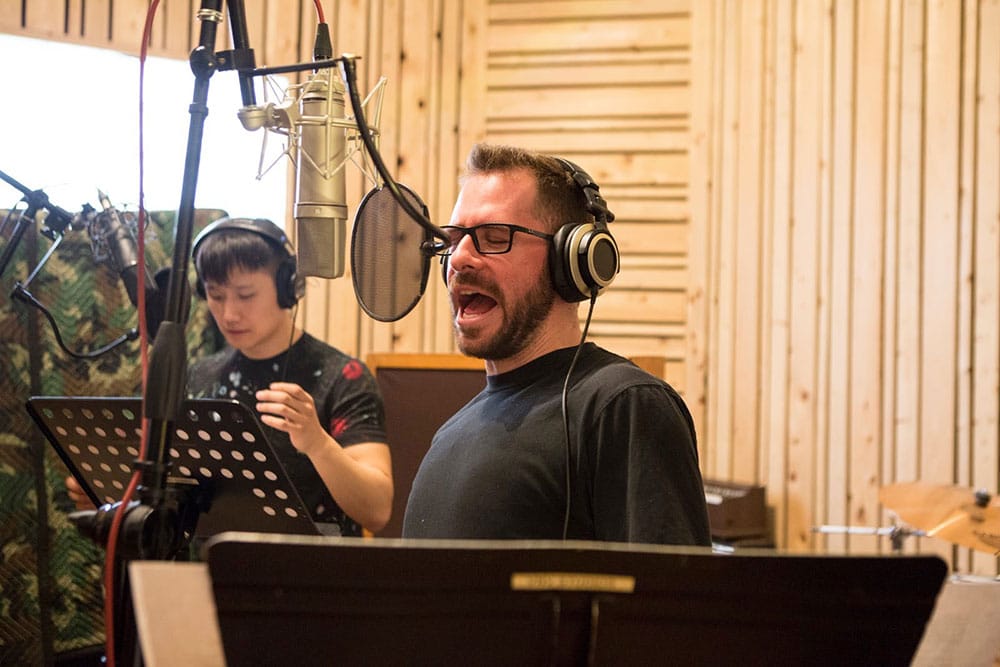 Cicada Madness! is packed to the brim with clever dialogue, interesting characters, and a tongue-in-cheek sense of humor that has a toe-tapping soundtrack to match.

Fans of ‘80s and ‘90s creature features like Tremors and its many sequels, Arachnophobia, or even the James Gunn-helmed Slither, will find a lot to love about Cicada Madness! However, Fishman’s greatest decision and triumph comes from his subversion of the many genre tropes that often hinder horror rather than help it — especially in the more formulaic sub-genres like slasher movies, creature features, and sci-fi/horror mash-ups.

At some points, the music bleeds into the narrative in a way that feels disruptive, but the episodic series is smart enough to know people don’t always have an hour to sit still. Fortunately for those would-be listeners, the longest episode in the series is just over 15 minutes long.

The musical segues are welcome, and add an interesting layer to the overall listening experience, heightening suspense at the right times to make it feel more immersive. Excellent sound mixing, clearly spoken dialogue, and knowing when to use restraint or go balls-to-the-wall are all in Fishman’s favor as well.

Even if you’ve never gotten onto the audio drama bandwagon, CICADA MADNESS! is surprisingly approachable for first-time listeners as well as those who are more familiar with this form of horror media. Click To Tweet 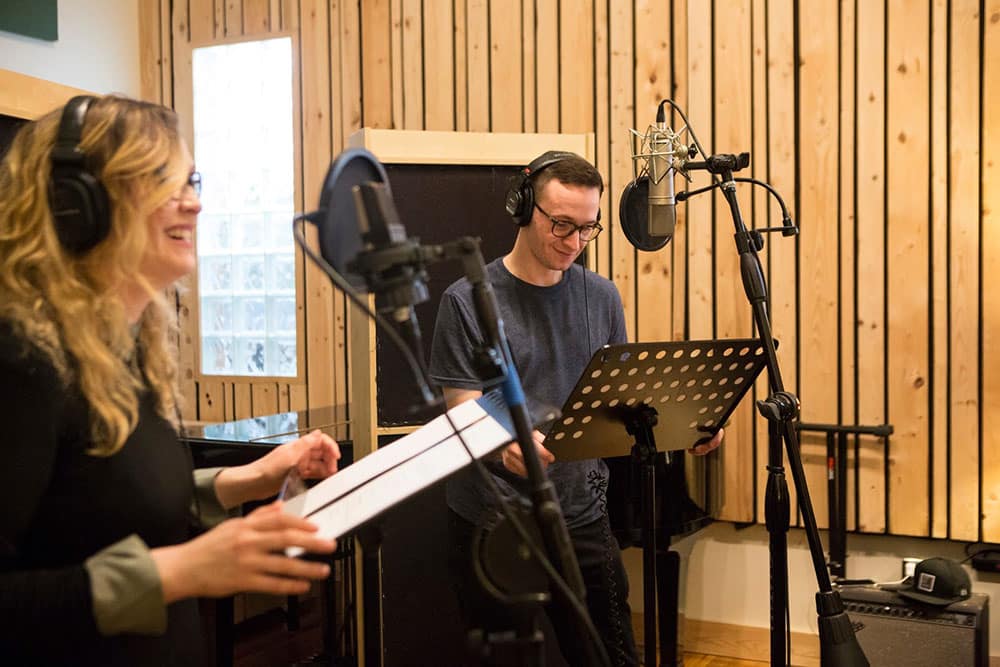 Humor and horror often go hand-in-hand, and this outlet is no exception.

Delightfully atmospheric, occasionally crude, and campy in all the right ways, Cicada Madness! aims to please a wide audience, but especially those who might find themselves in lock-step with a new brood of critters in a few, short months.

Check out all six episodes of Cicada Madness! on Spotify.