Similar to some of Horror’s biggest franchises, “Silent Madness” uses many successful elements of the next two decades, with lower quality.

A clerical error perpetuates the release of a criminally insane patient who returns to the place he once killed: a sorority house. Let’s dig into 1984’s “Silent Madness”, directed by Simon Nuchtern!

Sororities and mental hospitals: a natural marriage. That’s not even the part of the film that will make your eyes roll the hardest. Thanks to a clerical error, the wrong man is released from a mental institution because names are confusing and so are computers. It’s quite realistic, though the released patient is of course a psychotic killer who is hellbent on returning to the scene of his prior massacre to keep killing.

There is so much about this film that aligns with the titans of slasher history that it feels intentional. Though it was filmed prior to the release of A Nightmare on Elm Street (1984) (Dr. Krueger and a killer in a boiler room!), and a few elements of the origin of Jason are swapped (19-year-old teased and paddled rather than drowned), the comparison is too dead on.

It is a stretch to use embarrassment as a motive to slaughter a sorority with a glorified Nerf dart gun, but that didn’t stop them from trying. A lazy story choice of a babyish man scorned sexually and turning that shame into murderous rage. It was a film of the times I suppose. 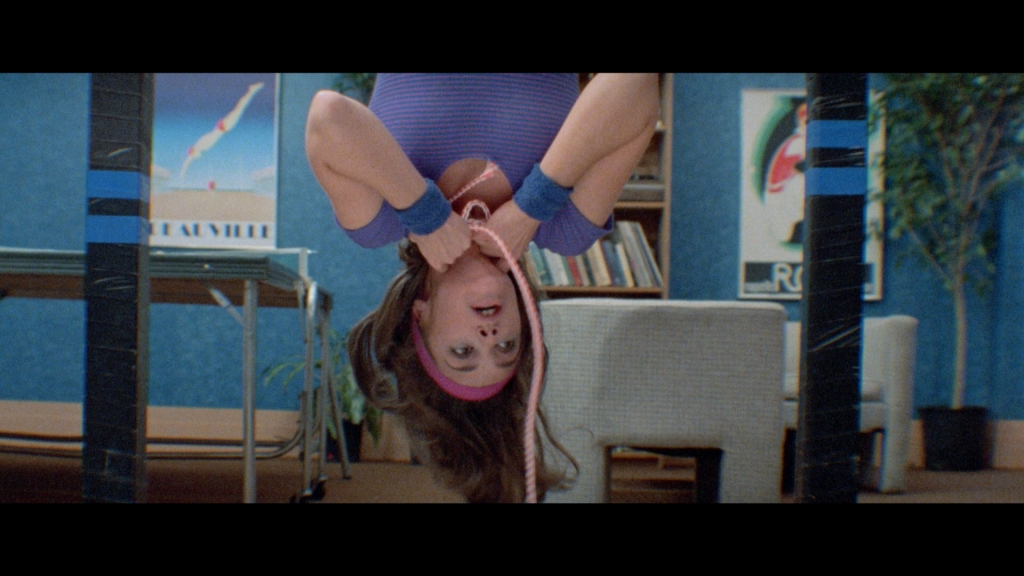 The kills were thought out and adequate. The gravity boots kill sticks out especially.

A decent score and a cameo from a Dragon’s Lair arcade game nestle the film nicely within its timeline. My favorite part of the film is the dopey Sheriff keeping a Coors Banquet in the filing cabinet.

If you’re a sucker for slasher films, I would say this is required viewing — but don’t expect new cloth. This fabric is cut from the same vengeful Mother/victimized Son, as was set down a few years prior by Sean S. Cunningham, only to less effect.

Though she has had a busy career in film and television, Belinda Montgomery, who played our protagonist Doctor Gilmore, enters my recollection as the mother of child doctor Doogie Howser, M.D.

Viveca Lindfors, who plays Mrs. Vorhee… I mean Mrs. Collins, will be recognizable as Aunt Bedelia in the “Father’s Day” segment of 1982’s high and holy matrimony of Stephen King and George A. Romero, Creepshow.

Like most films released in 3D, it’s just a gimmick. It adds no value to the film, save for a few exceptions, and it is hard to understand beyond a couple of gags (hatchet to the screen, glass to the face) why they wasted the time or money. A lot of scenes utilize the 3D to build out depth, but there isn’t enough to the landscape to make it worthwhile. No one needs to feel the nooks and crannies of a machine room. 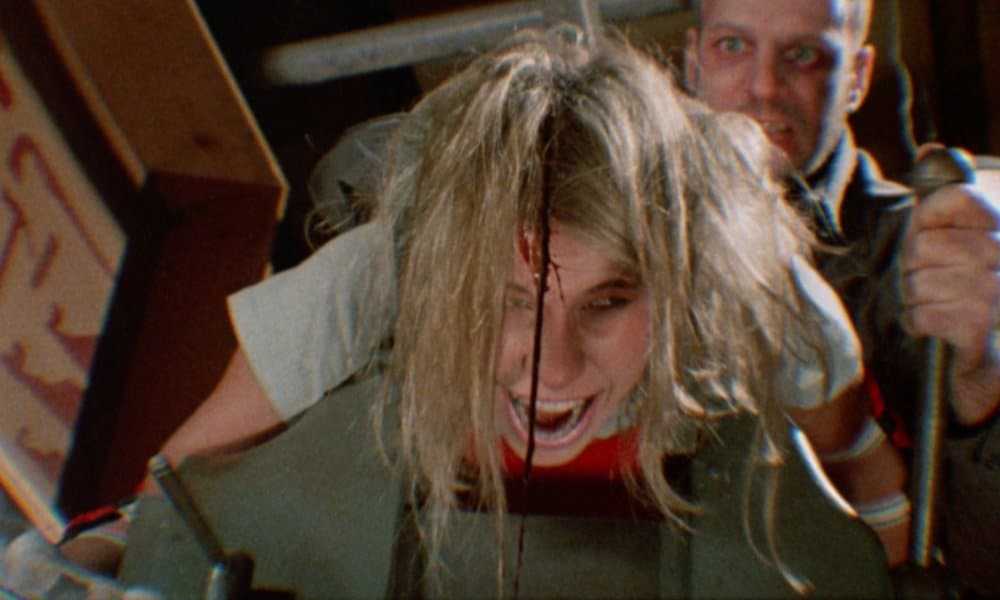 The sorority has a dearth of diversity unless your spectrum is narrow enough to consider blonde and brunette the extent of your chromoscope. David Greenan as Mark the reporter has charm and charisma that makes you latch onto his character almost immediately. It’s a shame that wasn’t utilized more in his career.

There is no misconception that this film would fall into sacred territory, but it does exist as a receipt for the formula which was cut out in the early part of the golden decade. Many did it better and fine tuned the moves and tricks. At most, go back and use this as an outdated reference if you’re researching the origin of how the slasher came to be.

Vinegar Syndrome has a Blu-ray version available with a limited-edition slipcover and a pair of 3D glasses.