As much as I wanted to love it, the new documentary “Volcanic UFO Mysteries” is too muddled and unpolished to deliver on its promise. 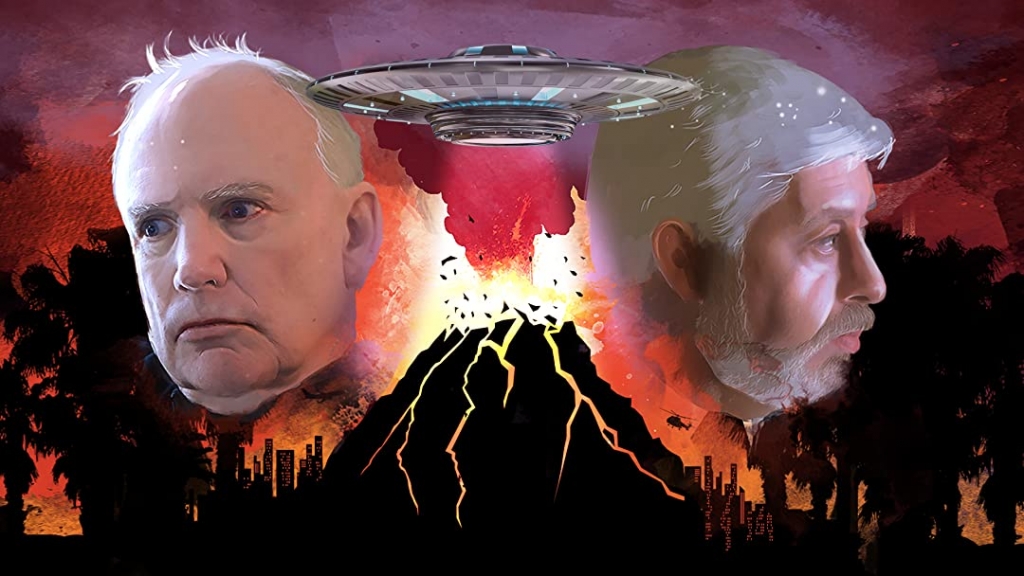 I am a big fan of alien and UFO documentaries, so I was very much looking forward to this film. Written and directed by Darcy Weir (Beyond The Spectrum, Sasquatch Among Wildmen), Volcanic UFO Mysteries is a low-budget, low production documentary you would likely find on Tubi TV — and sadly, in this case, that’s not a positive.

It opens with juvenile animation that looks like it was done by a child. This sets the tone for a light-hearted film. Throughout the doc, there are images of Wikipedia pages and Amazon books, which contribute to its low quality. The interviews, particularly with political/UFO activist Stephen Bassett, are terribly done as they frame his face too closely and are off-center. Volcanic UFO Mysteries begins and ends with Bassett providing ramblings of, what it seems are somewhat insightful thoughts mixed in with the latest conspiracy theories.

The core of the documentary is/would be compelling for those people who are intrigued by UFOs and their possible connection to the Earth’s environment. 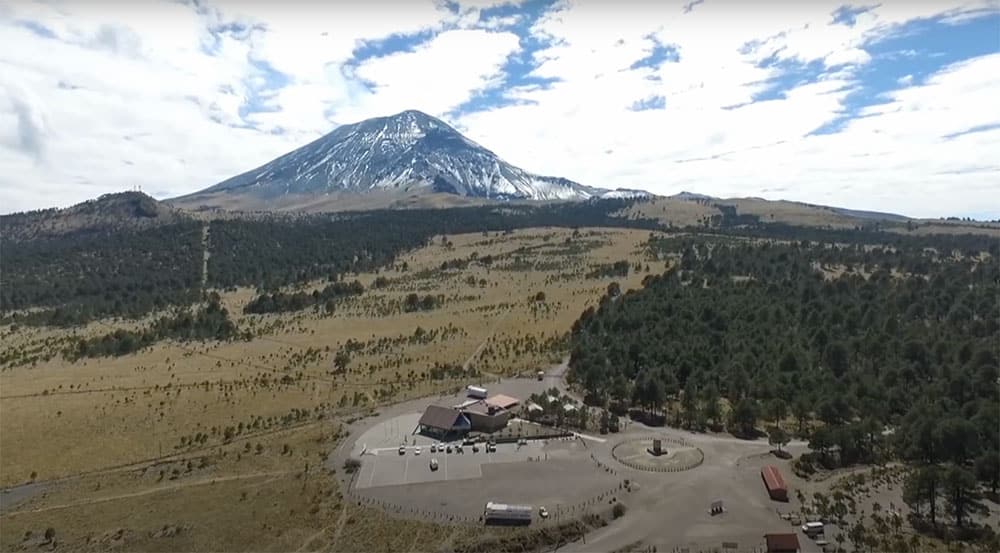 We learn about geothermal activity, electromagnetic activity, and storms in volcanoes.

The general theme of the documentary is fascinating: UFOs have been seen before, during, and after volcanic eruptions, particularly in Latin America (the focus of the film). Volcanic UFO Mysteries is chock full of video evidence of UFOs hovering around, and surrounding, volcanoes, particularly Popocatepetl in Mexico. This is in contrast to how human-made inventions like helicopters, drones, and planes cannot fly close to volcanoes or go inside of one due to the high levels of ash and intense heat (>1000C!).

The documentary builds its case based on the sightings in 1991 by people living around the Popocatepetl volcano.

These witnesses started noticing peculiar flying objects in the area — cylindrical and fast-moving UFOs going inside the volcano, hovering around, and even potentially disappearing at the base. In 1996, Bergen University in Norway investigated this specific volcano for the Discovery Channel, but nothing was published. Participants in the documentary speculate the lack of publication was due to fear the study might prove aliens really do exist.

The Norwegian team did discover, however, a large number of electromagnetic storms occurring in that specific volcano. In 2018, there was an unexplainable decline in UFO sightings. But in 2019, that changed, and people once again began seeing UFOs traveling in and out of the volcano. In 2020, infrared spectrum cameras could actually see a different type of UFO not visible with regular cameras. There appears to be no reasonable explanation for that.

Investigative journalist Jaime Maussan is the main subject, and a great deal of the documentary surrounds his work investigating the UFO sightings at Popocatepetl. 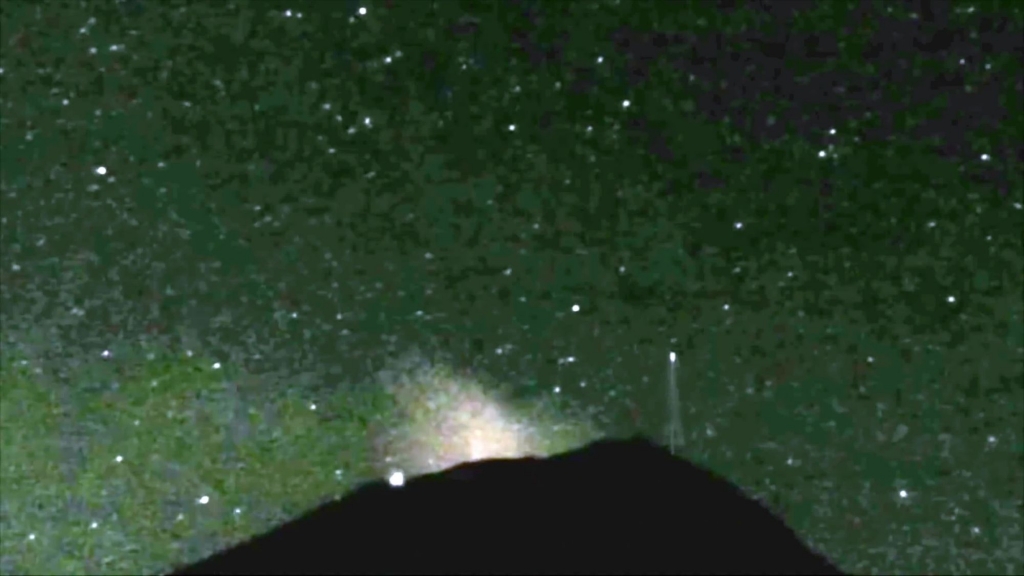 He suggests that the UFOs are somehow taking energy from the volcano, and this is presented as a theory because scientists have discovered (via the Bergen investigation) that volcanoes generate a tremendous amount of electromagnetic energy.

Do aliens control the volcanoes? We can only speculate (and I LOVE speculating).

Throughout Volcanic UFO Mysteries, there is a rousing electronica/techno score which could be too much for some people, but it definitely got me excited watching UFOs zipping around to and fro. The documentary has the same look as a lot of conspiracy theory and UFO documentaries I have watched on Amazon Prime or Tubi TV. Sadly, this one is of even lower quality than most I’ve seen, and it’s super cheesy in its narration.

At about 53 minutes into the 58-minute runtime, we return to the ramblings of Stephen Bassett. 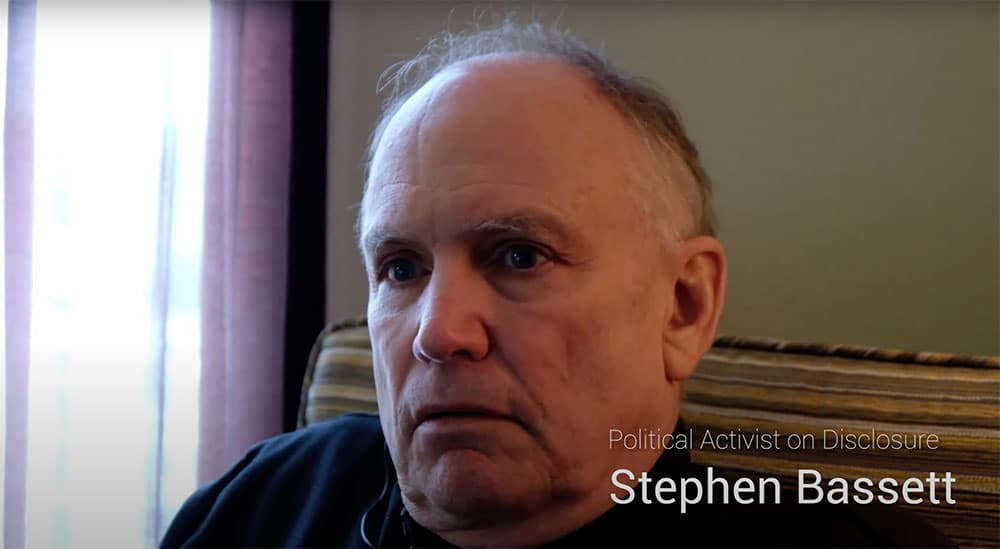 He goes on about our technological issues, genetics/alien hybrids, nuclear weapons, the human obsession with war, and how human beings are in need of intervention — an intervention he thinks the aliens could be the ones to provide. He states that humans are out of control with their destruction of the planet and their quest to evolve technologically. Although I personally agree with what he was saying about humanity’s destruction of the planet, it seemed irrelevant to the overall investigation.

Volcanic UFO Mysteries tackles many theories at once, which makes it unfocused and causes it to feel like two separate documentaries. I came here for volcano UFOs, not to hear one man’s absurd government/alien conspiracy theories.

In conclusion, I enjoyed all the footage and discussion around the mystery of the volcanic UFOs… but could have done without the rest.