This week we check out the satisfyingly twisted anthology Holidays and an underappreciated gem from Dario Argento, The Stendhal Syndrome.

It was a sweet week of horror, with a must see horror anthology that deliciously skewers all your favorite holidays, and a captivating 90’s thriller from Dario and Asia Argento. 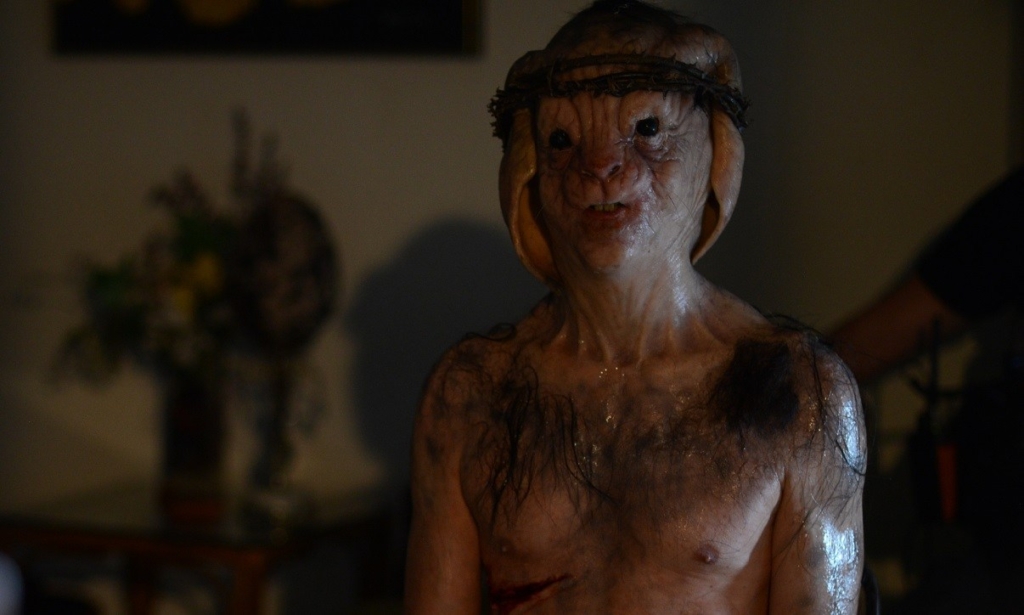 As a horror movie fan and supporter of underground horror cinema, I always encourage people to take a chance on movies they’ve never heard of.  Whenever I see a promotion for something new and weird in my Facebook newsfeed, I order it. I have only ever been ripped off twice, but since I’ve been on Facebook since 2006, I consider that a solid positive average.

I was brought to the gloriously offensive and blasphemous Holidays through a story posted on Bloody Disgusting. I didn’t even read the article, though. One look at the banner image and I knew I had to see it: a giant mutant horned bunny monster.

Holidays features a whopping 8 different horror shorts, each by a different filmmaker. While watching, I immediately decided to play a little game and try to guess the holiday each short was about. Unless made clear at the beginning of the short, it was impossible to guess. And it was a shocking and exhilarating experience to watch these filmmakers morally and creatively massacre some of the most revered and sacred calendar days of the year. 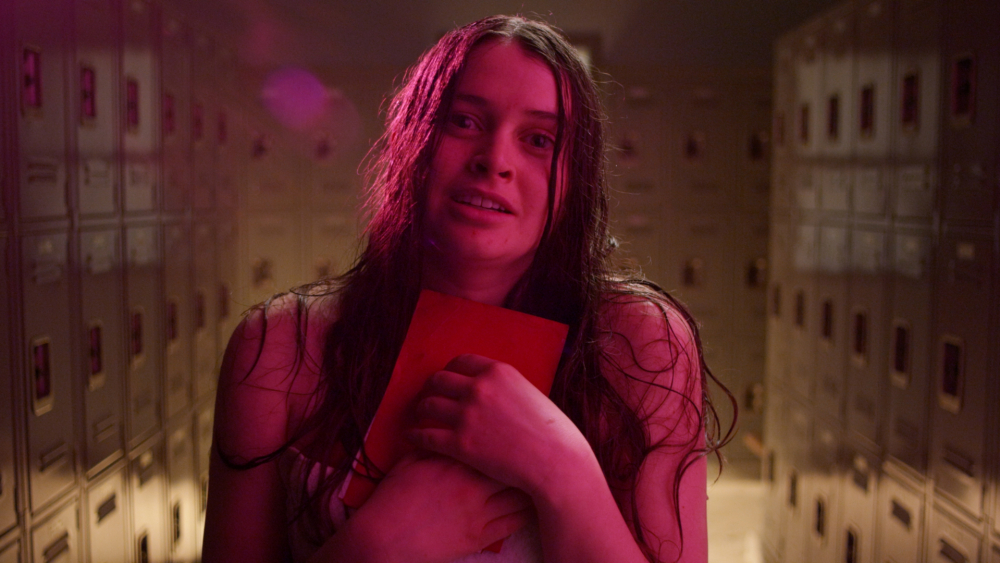 It begins with a tale of high school bullying. Specifically, during gym class. The emotional and psychological damage that bullying can do to a person is magnified tenfold when it happens in gym class. And in a swimming pool, no less.

Ok, so I am a very tolerant and forgiving man. I never judge, and always keep an open mind when people make mistakes. But bullies should be fucking put to death. Hung. Tied to the high school football field goal post and burned alive. I give bullies no mercy, and no quarter. They cause such psychological and emotional damage. They don’t deserve forgiveness, only suffering. 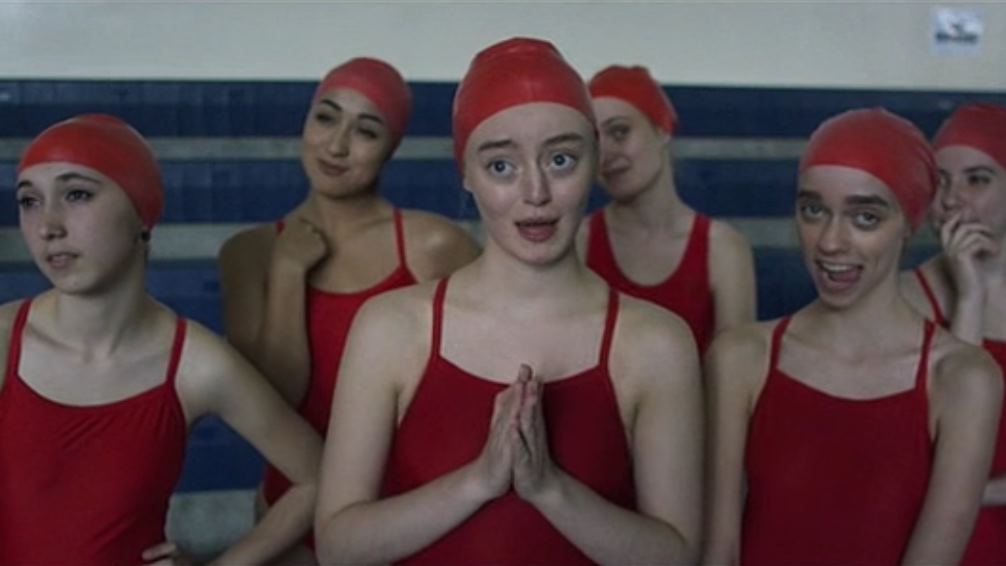 After seeing the first few minutes of the movie, the swimming pool bullying scenario, I KNEW I was going to love this movie. I knew the bullies were going to get their lives and bodies wiped off the face of the Earth, and I couldn’t wait to see it happen.

It is quickly revealed what holiday is being eviscerated, and it is delicious satisfaction.

I roared with “FUCK YES!” delight. That isn’t too much of a plot spoiler, since you will figure everything out within the first ten seconds of the short. After that, things get weird. 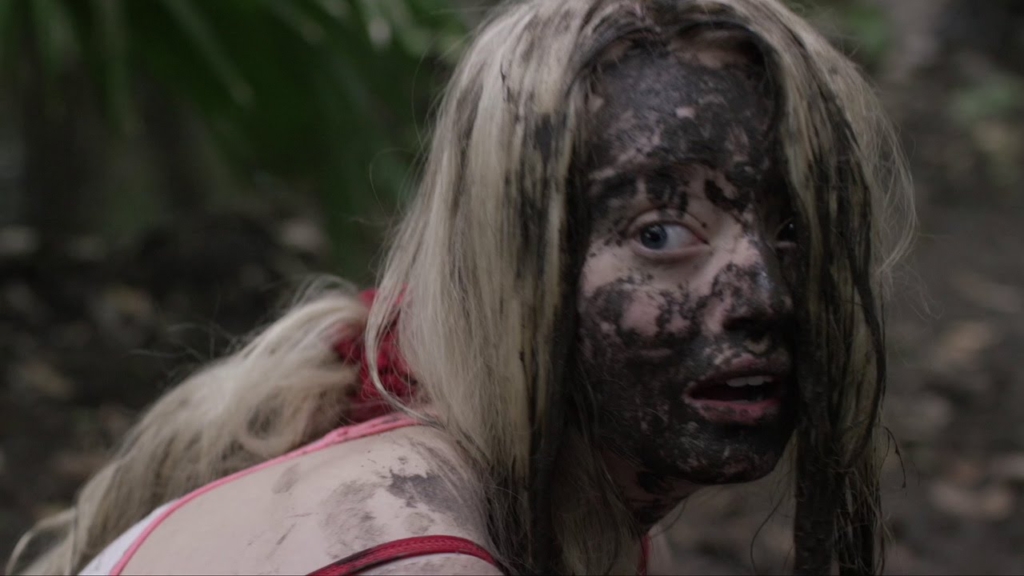 Now I need to present the movie’s appeal without spoiling too much. I’ll just give you a few of the tasty items in this steaming, hot banquet of disrespect for everything we hold dear: lots of gruesome body horror, including reptile fertility curses, and horrifying birth rituals (ever see Xtro?).  Virtual reality murder, dates that are romantically sprinkled with multiple serial killers, men anally electrocuted with car batteries, and you won’t believe your eyes when you see the bunny.

The bunny is fucking genius. I wouldn’t recommend any sensitive Christians go anywhere near this movie, let’s put it that way. Of course, I was like a kid in a candy shop. Playfully immoral, colorfully shot, and unrepentantly disgusting and violent, this movie was the highlight of my week. I MUST buy it, and you MUST see it. 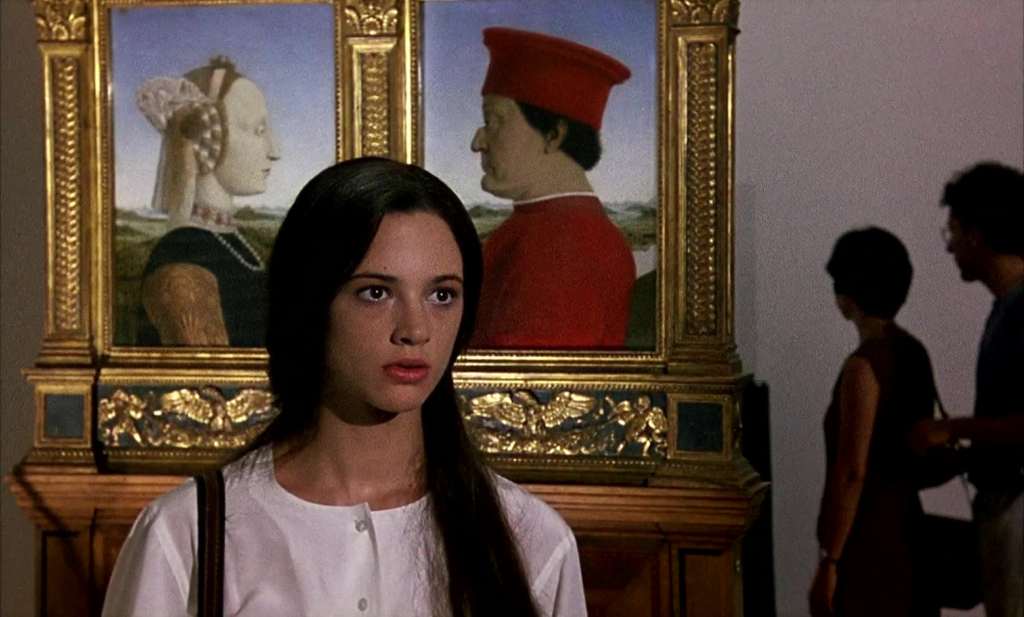 Argento is one of my favorite directors. His 70’s – 80’s output is legendary, even though many people call attention to his inability to tell a coherent story. When submerging yourself into the imagination of a genre director, story coherence is not always the most important thing. Surrendering to the dream-logic is much more important. This is the case with Argento, especially regarding Suspiria, Inferno, and Phenomena.

That surrender may also help you along a little bit with The Stendhal Syndrome, a multi-layered mind-melter that deserves more praise than it gets.

The actual medical condition known as Stendhal Syndrome is very unique: named officially by Marie-Henri Beyle (Stendhal was his pseudonym), who during an 1817 trip to Florence experienced such overwhelming emotion while looking at famous works of art that he suffered a panic attack and unconsciousness.  Basically, he was so overcome by the enthralling beauty of art that he became lost in it. 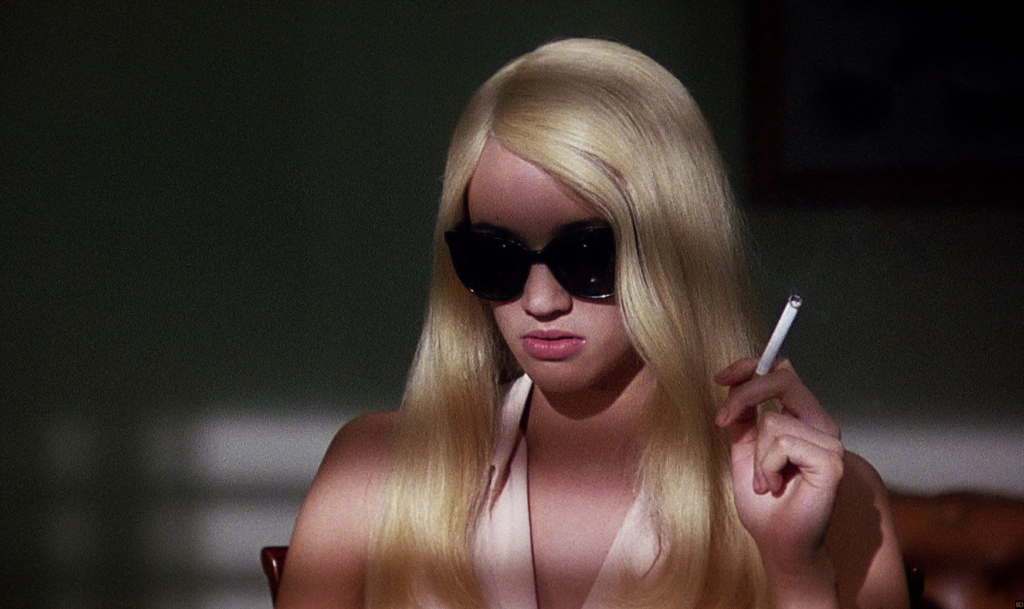 This condition is a routine problem in Florence, and hospitals in the area are specially equipped and prepared to treat patients who are rushed to the ER due to symptoms of Stendhal. There are, of course, naysayers in the field of psychology who say there is no such thing as Stendhal Syndrome. That is always the case when the scientific encounter the esoteric and mysterious.

In the film, an at-the-time 19 year old Asia Argento (Dario’s daughter) plays a Florence police detective named Anna. She is suddenly overtaken by the Stendhal Syndrome while looking at paintings in a museum. This attracts the attention of a killer and serial rapist, who then focuses all of his attention on stalking and assaulting her. 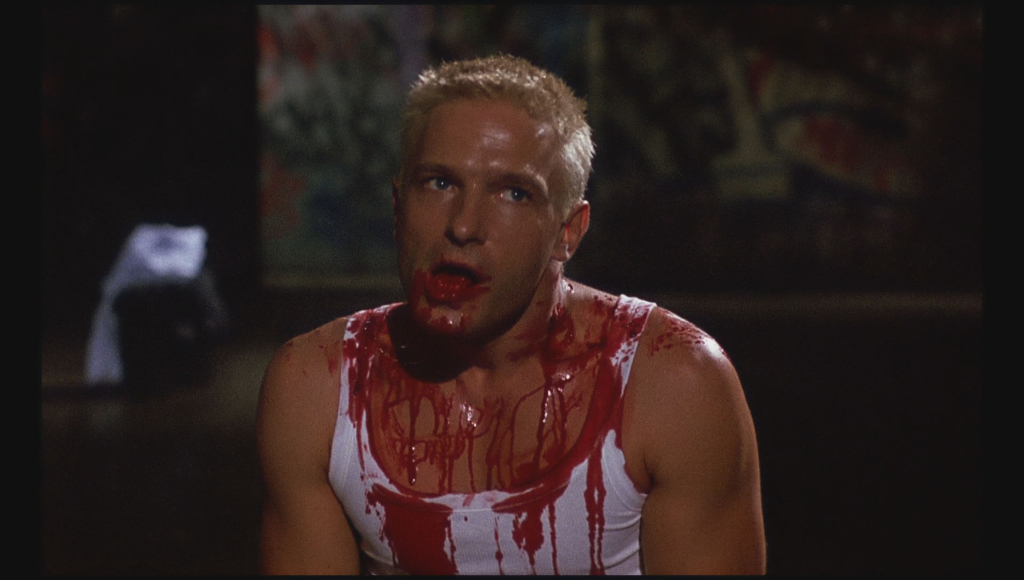 Coupled with the effects of the Stendhal Syndrome, this throws her life into a tailspin and causes several aggressive cracks in her mind and emotional consciousness.

Dario concocts a hypnotic mix of police procedural, art-house, and grueling horror with this movie.

I must confess, it grinds the gears and slows down a little bit in the middle, though. But I have found that to be the case with every Argento movie I’ve seen, with the exception of Suspiria and Phenomena. 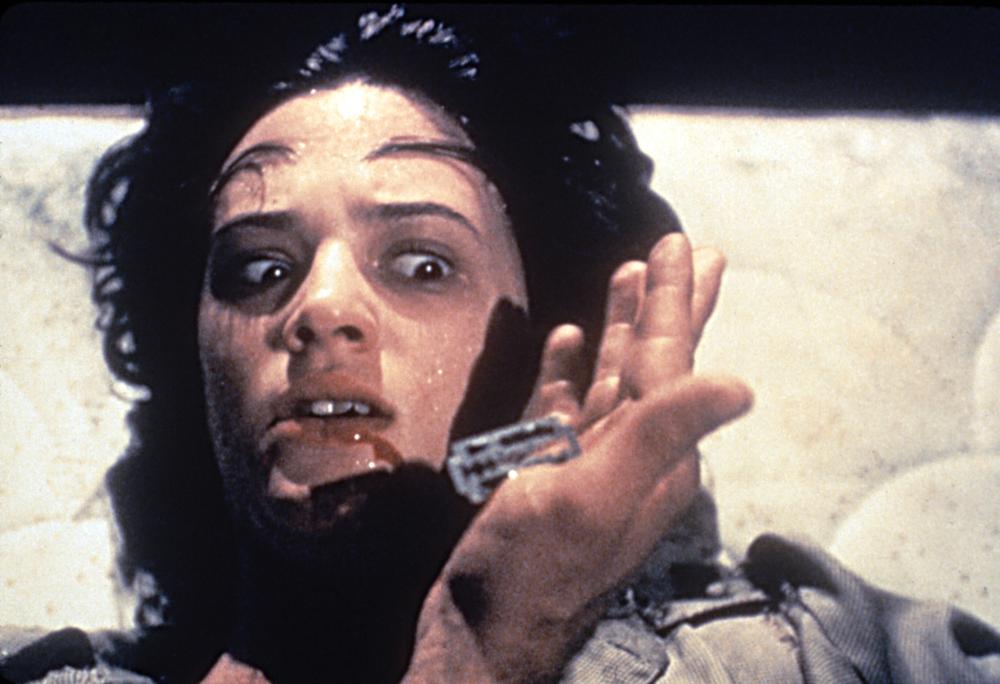 Asia delivers a frantic and emotional performance, in what must not have been the most comfortable of circumstances (her own dad directing her rape scenes??). The Blue Underground Blu-ray is full of worthwhile extras, including interviews with Asia, Dario, and a documentary on the actual Stendhal condition.