It’s Friday the 13th, the perfect time to check out our recommended title “Jason vs Leatherface” plus everything that’s new in horror comics this week. 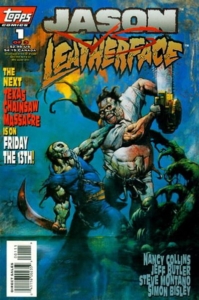 Kyle Laugh of Longlivethevoid.com here with another week of new horror comic book and a great series selection you’ll be sure to love!

Something I’ve been hearing a lot lately is talk of people wanting to see horror icons crossing over à la ‘Freddy Vs. Jason’. Although films of this nature are likely never going to see the light of day, few people are actually aware that many of these crossovers have taken place in the form of a graphic novel.

With that said, this weeks pick is none other than “Jason Vs. Leatherface”.

The story is simple but fun. The pair meet and realize they have many things in common. This leads them to build a relationship together, but things begin to leak through the cracks. Soon, the duo become sworn enemies.

I don’t want to give much away, but this is a lot of fun for anybody looking to see either Jason or Leatherface in a different form with a new storyline! 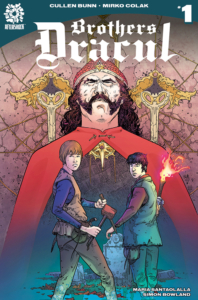 The legend of Vlad the Impaler is the stuff of nightmares. The inspiration for the most iconic of monsters—Dracula—Vlad tortured and murdered thousands of victims. But what turned him into such a depraved killer? The truth lies in his teenage years, when Vlad and his brother Radu were held hostage by the Ottoman Empire. During this time, the brothers learned many things—archery, riding, the art of combat, matters of court…and how to stalk and slay vampires. 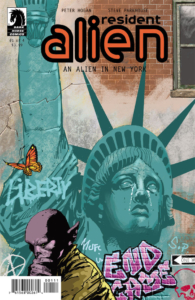 A stranded alien continues to hide in plain sight in Patience, Washington, posing as the small town’s doctor. When a startling new mystery catches his attention, he takes a trip to New York City with one of his only human friends, a Native American shaman. Peter Hogan (2000 AD, Tom Strong) and Steve Parkhouse (Milkman Murders, Doctor Who) continue their unique, acclaimed science-fiction/murder-mystery series! 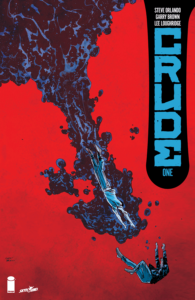 Killers once feared Piotr Petrovich. Now, they’ve sent his son home to him—in a body bag. Haunted by his failures, Piotr journeys across Russia to learn what type of man his son really was, while hunting the bastards who killed him. And once Piotr finds them, they will learn to fear him once more…. GLAAD Media Award-nominated writer STEVE ORLANDO (VIRGIL, Midnighter) and artist GARRY BROWN (BLACK ROAD) deliver an emotional, bone-shattering account of murder, masculinity, and mayhem.