Almost defying genres, “Why Don’t You Just Die!” is equal parts horror, action and the blackest of black comedies — and a definite must-see.

Kiril Sokolov. Remember that name. “Why Don’t You Just Die!” is his feature film debut from the Russian writer/director. If there is any justice in the world, it is going to open a lot of doors for the filmmaker.

Originally titled “Papa, Sdokhni” (Daddy, Die!), Sokolov’s film plays like a deranged Looney Toons cartoon. The violence and gore (we’re talking Kubrick levels of blood) are extreme, but they never feel that way as the editing keeps the action moving so quickly that we never have time to dwell on it. And as the title of the film suggests, the characters exhibit an almost cartoon level of survivability.

Reminiscent of Quentin Tarantino, “Why Don’t You Just Die!” is a midnight black comedy.

It’s about Matvei (Aleksandr Kuznetsov), a young man on a mission. Convinced by his girlfriend Olya (Evgenlya Kregzhde) to kill her father Andrei (Vitaliy Khaev), a gruff and corrupt police detective for childhood abuses, Matvei shows up with a hammer and a mission.

Andrei isn’t having it though. And what follows in a rollercoaster ride of brilliant action, showers of gore, and family dysfunction carried into an absurd level — shot almost entirely in one location.

The casting is perfection.

Kuznetsov displays a stubborn determination that imbues his character with a believability that underscores everything the movie puts him through. Khaev takes a character who is nothing but awfulness wrapped in human form and keeps him from becoming a caricature.

Kregzhde, who sets all of this drama in motion, displays equal parts innocence and a cold-heartedness.

But the star of the film is Sokolov.

What makes “Why Don’t You Just Die!” the tour de force it is falls squarely on him. This is his script. It’s his direction. And the stylized editing is also him, as he serves as the film’s editor.

Like Tarantino, Sokolov draws inspiration from the past weaving elements of splatter films, grindhouse, Japanese action films and even Sergio Leone’s spaghetti westerns. The movie plays like a cartoon come to life, but never feels cartoony. The characters are determined, but never come off as one-note.  The film has action and violence to the extreme, but there is also heart and morality. 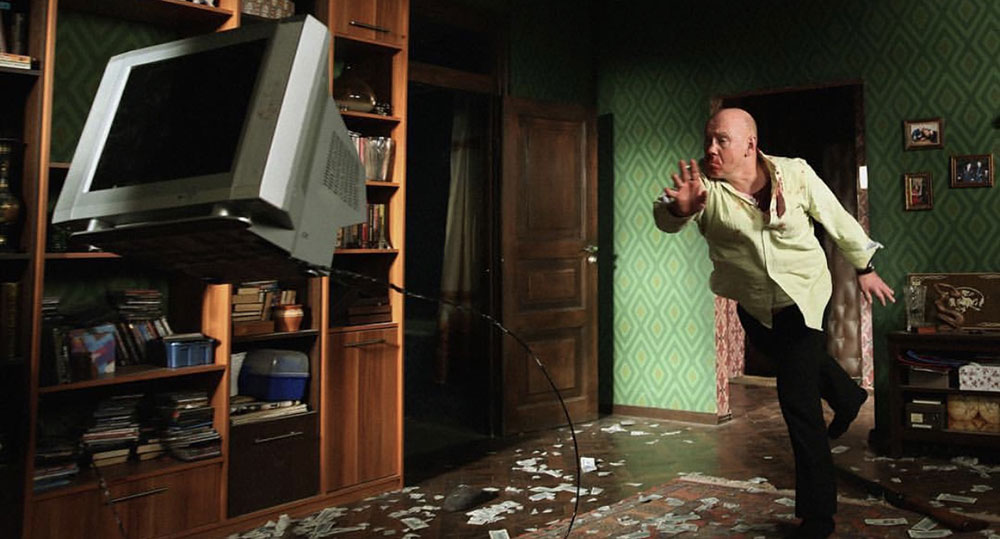 “Why Don’t You Just Die!” is a must-see, not just for horror fans, but for anyone who enjoys a solid action film or loves a brilliant black comedy.

Given most Americans refusal to openly embrace foreign films, I would fully expect an American remake to be inevitable, possibly with the same director. But regardless of whether that happens or not, I expect to be hearing the name Kiril Sokolov a lot more in the future.

Why Don’t You Just Die! made its Midwest premiere at Cinepocalypse 2019, where it took home the festival’s Audience Award.